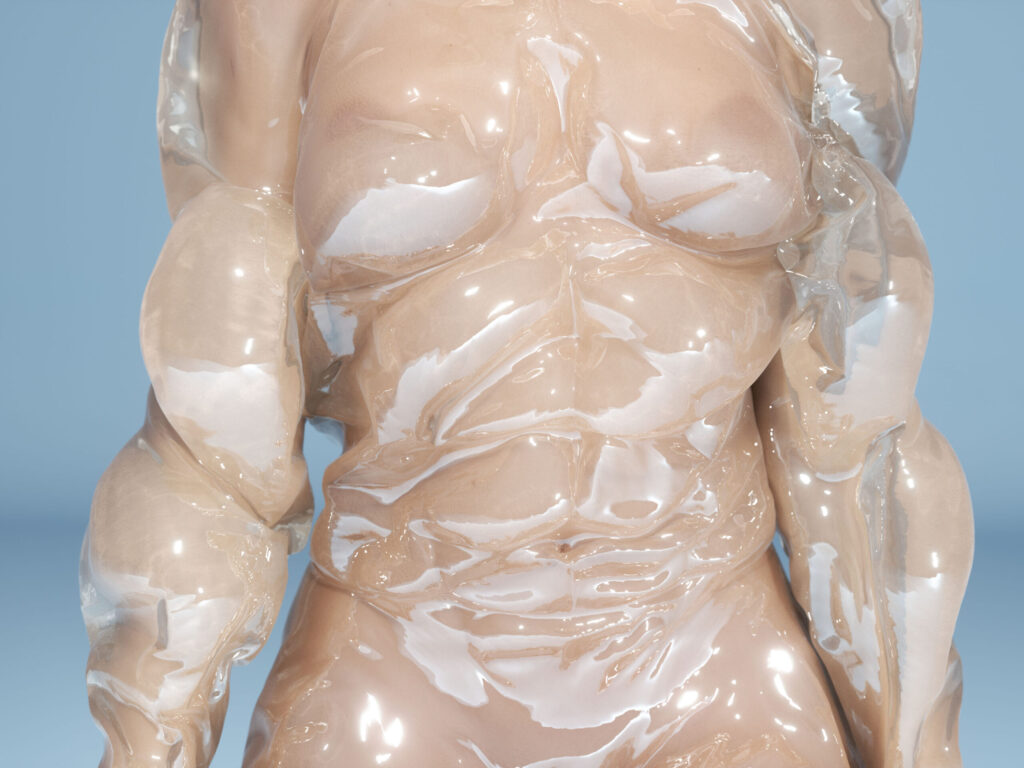 This photographic edition is produced in the context of Kate Cooper’s recent film Infection Drivers, currently on view at Stedelijk Museum, Amsterdam as part of Freedom of Movement – an exhibition that features their recent art acquisitions.

While her previous work focused primarily on the depiction of women in advertising and popular culture, Cooper’s 2018 video Infection Drivers presents a body in conflict with itself. Infection Drivers investigates how images could come to act autonomously as they become dislocated from their intended use. In the work, Cooper also speculates about how capitalist forms of image production could be appropriated and deployed as weapons against exploitative labor. Cooper does this by asking whether these digital bodies could perform in our place, and allow us to refuse to engage in certain abstract forms of labor. She is particularly interested in the body’s “sanctuary sites”—vulnerable areas such as the central nervous system where drugs cannot easily penetrate. By destabilizing the notion that a “natural” body stands in contrast to “man-made” media, Infection Drivers raises the question of whether digital technologies could create their own sanctuary sites, which could potentially incubate and give rise to new forms of anti-capitalist logic. Ultimately, Cooper invites us to consider whether “bodies” produced by emerging technologies might contain new forms of political potential and self-care.

In her video and photographic work, Kate Cooper explores how computer-generated images are complicating the division between subject and object. Destabilizing the idea that images represent realities outside of their frames, these images occupy a liminal realm between fiction and reality.

Through the use of CGI technology, the artist also challenges accepted understandings of the body’s limitations. Her avatar gets tired and sick, bleeds and is bruised. While computer-generated images are primarily used within commercial production, Cooper suggests that they are infiltrating culture more widely, much in the way that a virus invades and occupies an unsuspecting host.

Kate Cooper: Sensory Primer – at A Tale of a Tub, Rotterdam