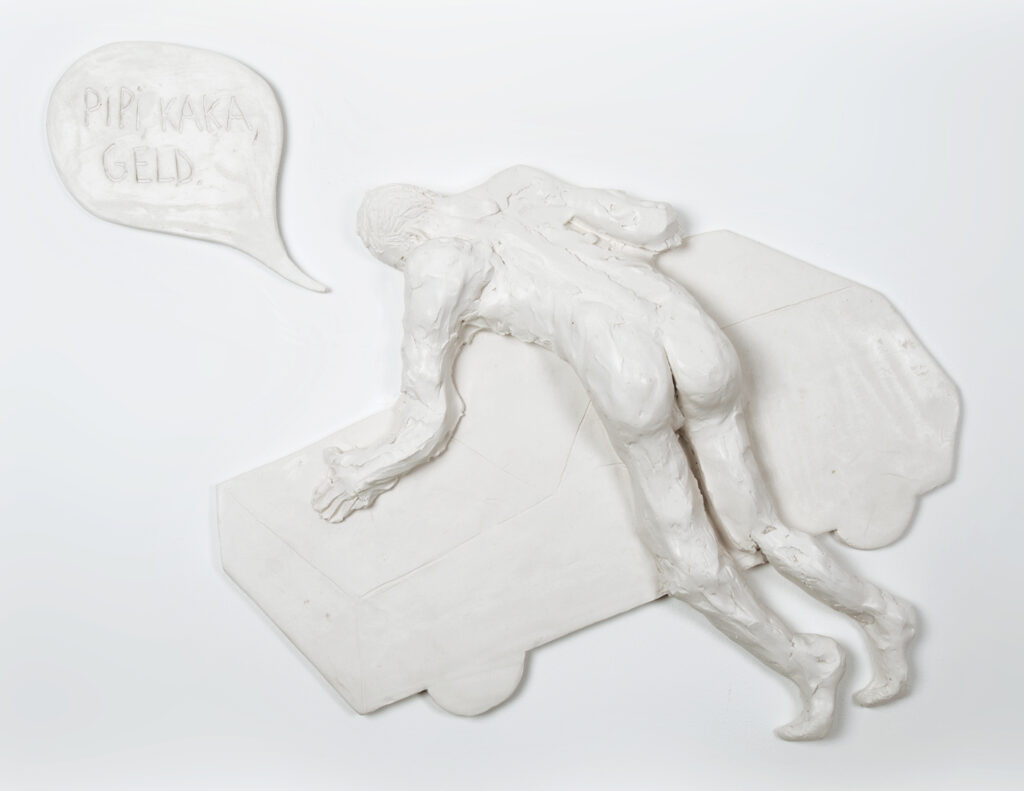 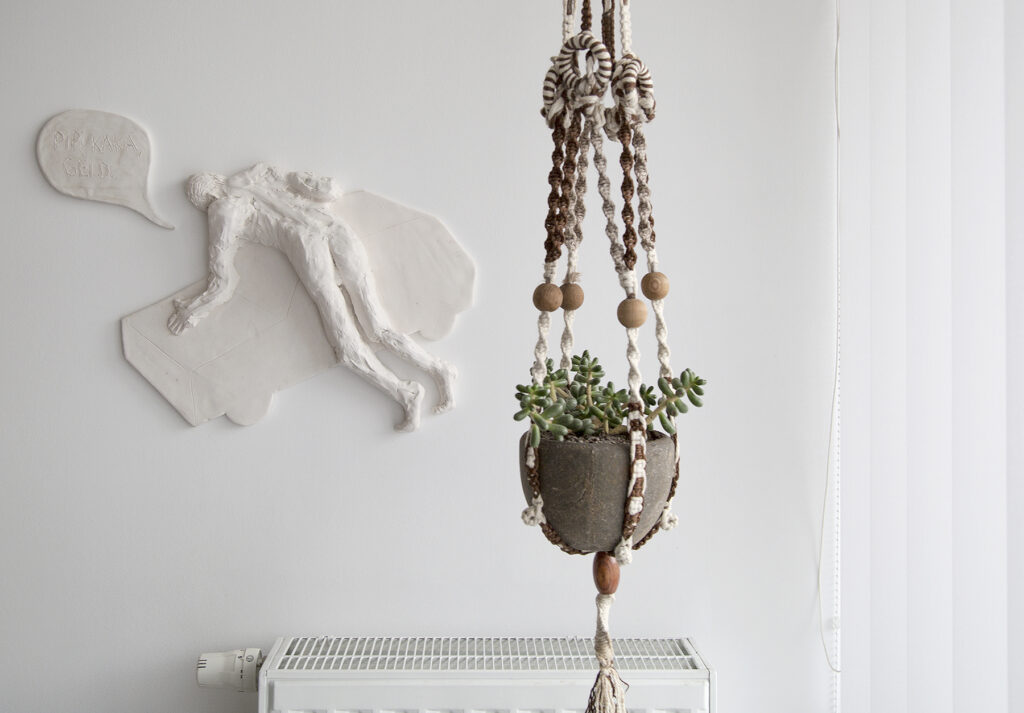 Heavy Fuckry / I don’t need you to feed me

Edition of 7 copies, signed and numbered by the artist on a certificate

Her billboard with the same title – Heavy Fuckry / I don’t need you to feed me – follows Bouvy’s typical disruptive way of thinking. Because it was commissioned for a billboard and is displayed literally within the context of the advertising billboards – where an accepted but unrealistic view on humanity is displayed so eminently – Bouvy decided to subvert these advertisement strategies. She started working from the concept of the car, omnipresent around the Billboard because of the proximate city ring and the surrounding parking space. Her large scale billboard revisited the relation between men and their cars.

Aline Bouvy created an image which is absurd – even clownish: two white males lie on top of obviously fake, toy-like cars, in a position better fit for a toddler than for a grown man. The men are curled up like fetuses, wearing pants nor shoes. Scattered around the cars are pieces of bread, shaped like bones and ribcages. This absurd advertisement seeks a place for itself into the evolution of the imagery of car-advertisements. These have shifted from an over-sexualized approach to a more environmental awareness. Performativity however – or a focus on how owning a specific car can shape our identity – has always remained at its core. It’s this insistence on performativity that Bouvy wants to question, and oppose to the growing deficit in human performance – or how we seem to lose our ability to truly connect to one another.

The edition Aline Bouvy made in relation to this billboard is a bas-relief in Jesmonite, fiber glass and natural wax, depicting a crudely made nude male figure draped across a car with a speech bubble repeating the words she hand-painted on the billboard “kaka, pipi, geld” (“piss, shit, money”).

Aline Bouvy’s multidisciplinary practice is a way of expressing her refusal to compromise and adapt to systems in our society which aim to regulate our longing, conforming it to the norms and values which shape that same society. Bouvy questions and denounces how the images we have of ourselves and of humanity are determined by this morality.

In this way, Bouvy is attracted to the non-conventional – not to fetishize elements from the margins of society, but from a wish to normalise what is considered out-of-bounds, and thereby adjusting the prevailing morality. In earlier works, Aline Bouvy used with images of stray dogs and weeds, or made bas-reliefs of anuses with phallic shapes stuck in them. The male nude is a recurrent motive in her work, again not as a fetish but rather a counterweight to the naked female body that seems to be everywhere, not only throughout art history but also in our contemporary visual culture.

Aline Bouvy questions how we handle contemporary cultural production and takes a stand against norms and values society imposes upon us.

Other works by Aline Bouvy