Aline Bouvy’s multidisciplinary practice is a way of expressing her refusal to compromise and adapt to systems in our society which aim to regulate our longing, conforming it to the norms and values which shape that same society. Bouvy questions and denounces how the images we have of ourselves and of humanity are determined by this morality. Generally speaking, she questions how we handle contemporary cultural production and takes a stand against norms and values society imposes upon us. The work she made for Billboard Series follows this disruptive way of thinking. Because it was commissioned for a billboard and is displayed literally within the context of the advertising billboards – where an accepted but unrealistic view on humanity is displayed so eminently – Bouvy decided to subvert these advertisement strategies.

Aline Bouvy started working from the concept of the car, omnipresent around the Billboard because of the proximate city ring and the surrounding parking space. She revisited the relation between men and their cars. She created an image that is absurd – even clownish: two white males lie on top of obviously fake, toy-like cars, in a position better fit for a toddler than for a grown man. The men are curled up like fetuses, wearing pants nor shoes. Scattered around the cars are pieces of bread, shaped like bones and ribcages.

This absurd advertisement seeks a place for itself in the evolution of the imagery of car advertisements. These have shifted from an over-sexualized approach to a more environmental awareness. Performativity, however – or a focus on how owning a specific car can shape our identity – has always remained at its core. It’s this insistence on performativity that Bouvy wants to question and oppose to the growing deficit in human performance – or how we seem to lose our ability to truly connect to one another. This feeling of loss is also echoed in the bread – an important symbol of our evolution as a species, in which the cultivation of wheat to make bread was an important step. It’s like we still remember how to make the dough, but have forgotten what bread is supposed to look like. To underline this confusion, Aline Bouvy baked bread shaped like body parts.

Coinciding with the inauguration of Aline Bouvy’s Billboard Series, we also invited Liège-based Diesel Project Space to curate a special one-day-only exhibition behind the billboard, inside 019. Diesel Project Space is an alternative art space located in an abandoned gas station just off the E46 in Liège. They proposed to organize a salon exhibition, entitled A Last Song for the Titanic Orchestra – a tribute to the musicians who continued playing during the sinking of the Titanic, cruising with joy towards an irrevocable end.

Somewhere between a sad celebration and a post-apocalyptic vision, this exhibition presented a group of artists who raise the question of our existential ecology. With works by Thomas Zipp, Aline Bouvy, Eva L’Hoest, Xavier Mary & Loup Sarion, Béla Pablo Janssen and Florance Giroud. In addition to the exhibition, there was a performative reading by Alberto García del Castillo, and a series of musical performances by Milan W. and Orrorin Daydream. 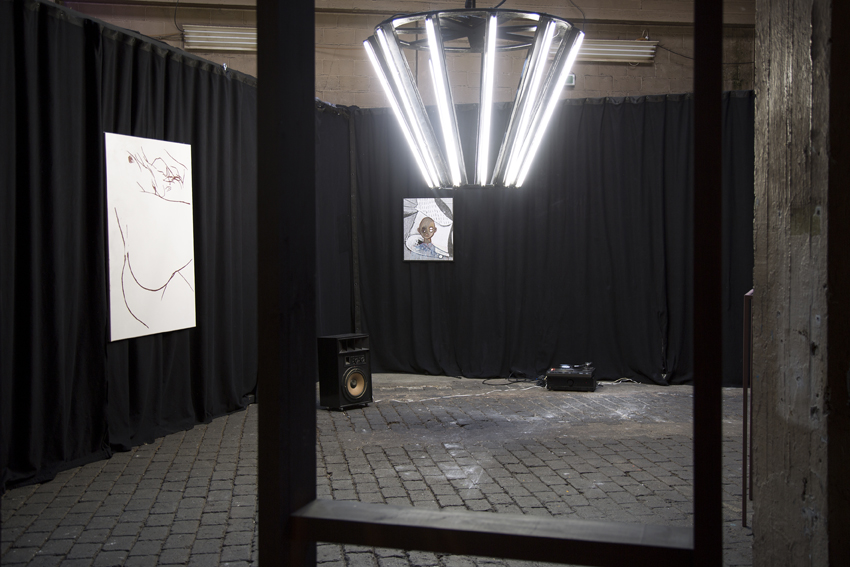 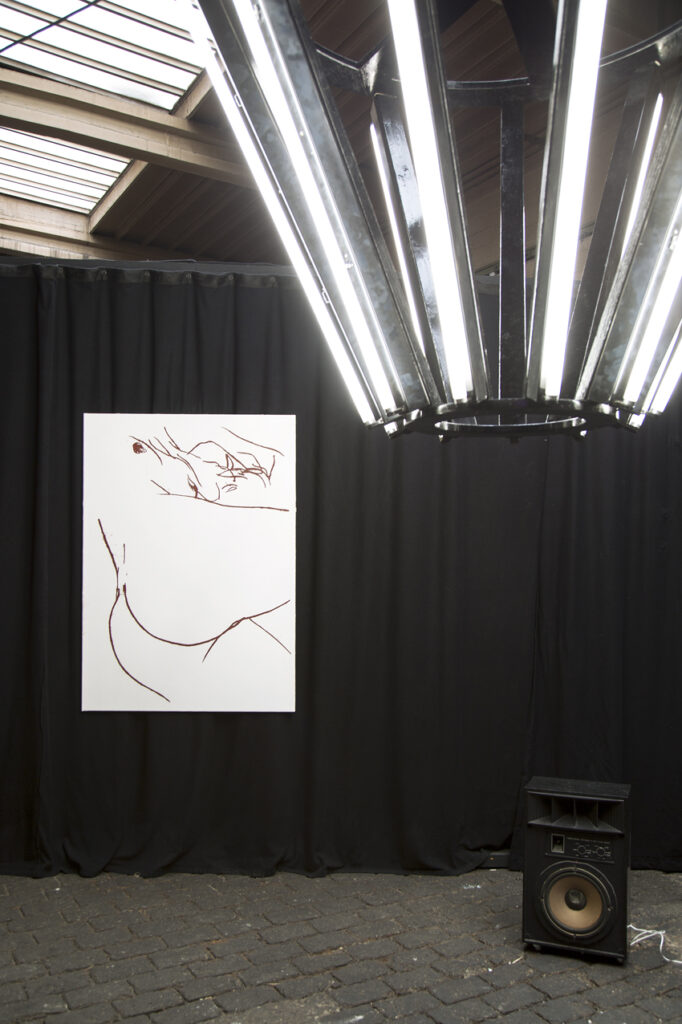 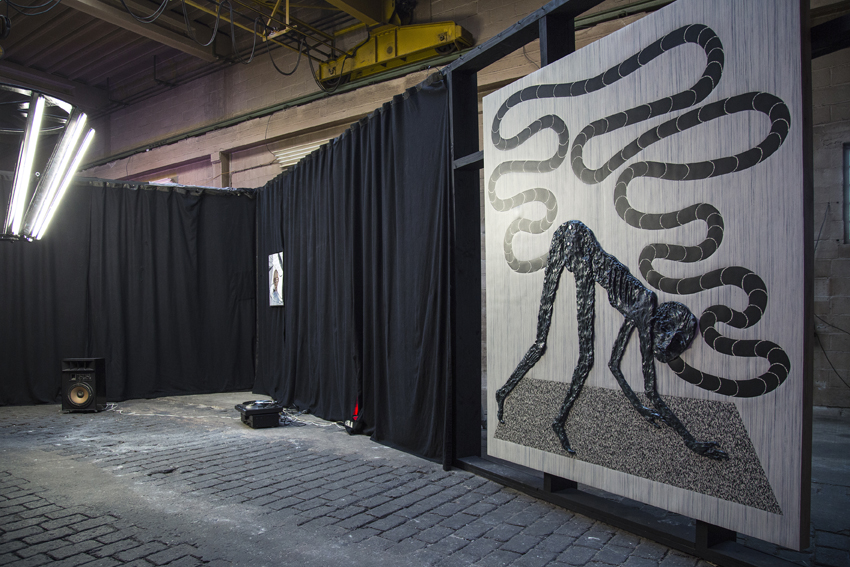 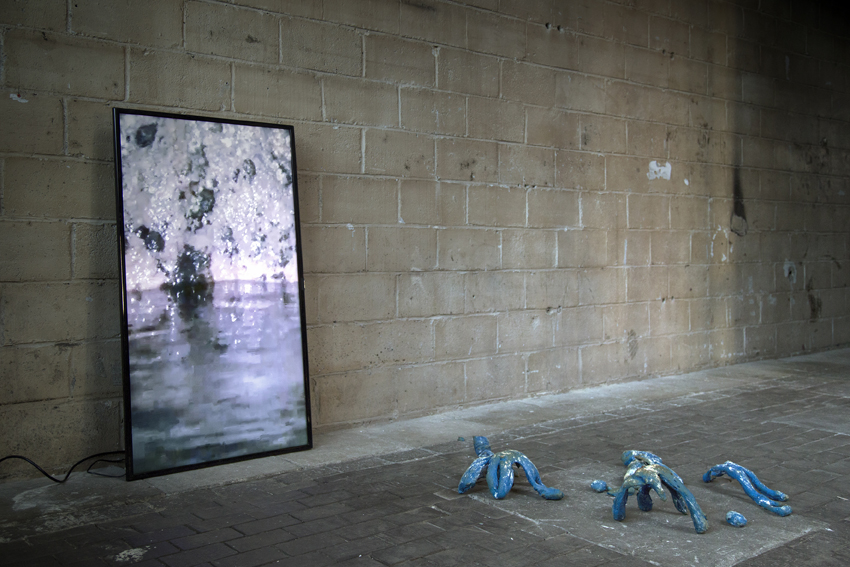 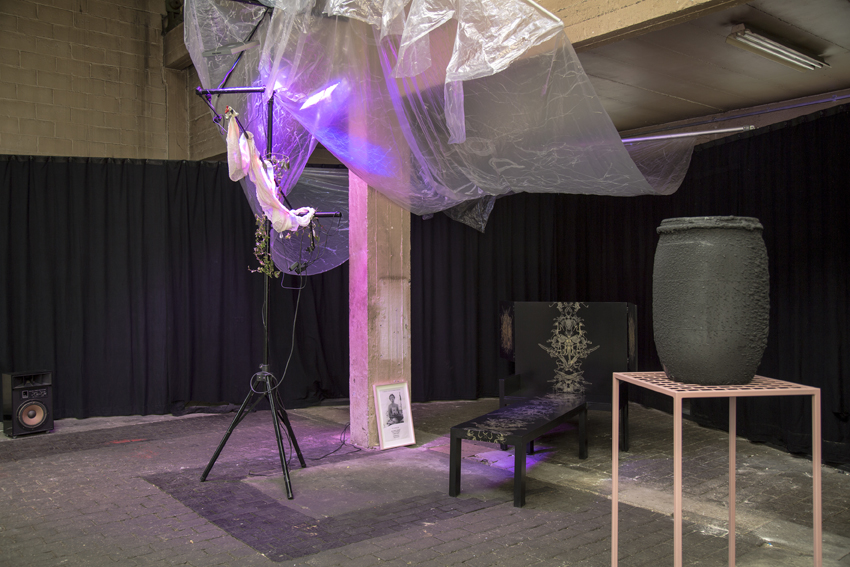 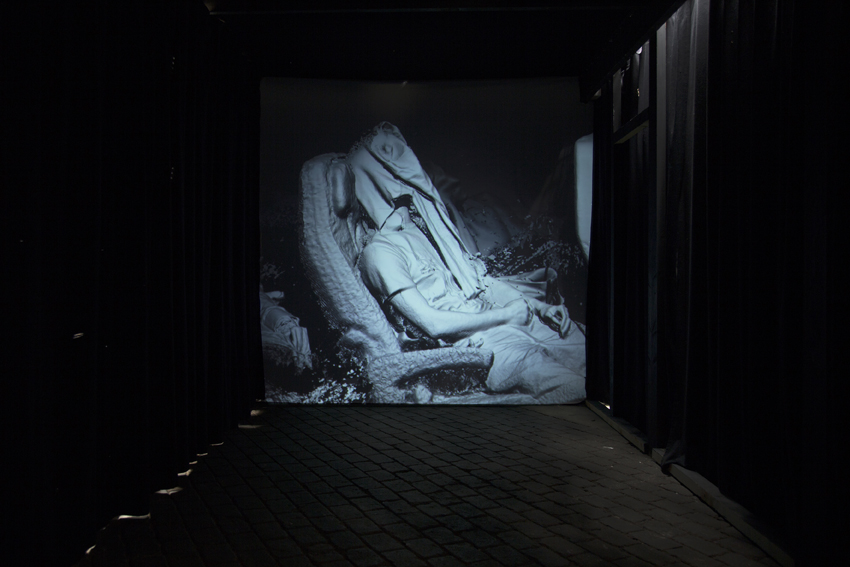