A Temporary Monument for Brussels #1

A Temporary Monument for Brussels is a contemporary reflection on the historical concept of a monument. It functions as present-day answer to Jacques Moeschal’s beautiful, monumental sculpture Signal from Zellik, which embodies the blind optimism proper to the post-war climate – in which cars and concrete were the determining factors for what everybody agreed was to be a brighter future. Signal from Zellik eminently symbolises a specific worldview of urban development from the sixties and seventies of the past century. Today however, we agree that a city is not defined by concrete and cars, but by the people who live there, who temporarily come together and from their combined characteristics form the heart and soul of a city. From this perspective, it seems only logical that a contemporary monument for the city also has a temporary character. Just like the changing dynamics of its city, A Temporary Monument for Brussels changes throughout its existence – as the large-scale banners are re-imaged by a different artist based in Brussels.

Aline Bouvy is the first artist to make a work for our new series A Temporary Monument for Brussels. Her multidisciplinary practice is a way of expressing her refusal to compromise and adapt to systems in our society which aim to regulate our longing, conforming it to the norms and values which shape that same society. Bouvy questions and denounces how the images we have of ourselves and of humanity are determined by this morality. Generally speaking, she looks at how we handle contemporary cultural production and takes a stand against norms and values society imposes upon us. Because of this, she is attracted to the non-conventional — not to fetishise elements from the margins of society, but from a wish to normalise what is considered out-of-bounds, and thereby to adjust the prevailing morality.

The work Aline Bouvy made for A Temporary Monument for Brussels follows her disruptive way of thinking. Asked to reflect on the concept of a public monument, she turned to her own personal archive, and selected five images to create “a panorama of un-monumentality”. These five images, taken over the course of Aline Bouvy’s own life, offer a glimpse of her memories, ideas, and practices. While this imagery is highly personal, it functions as a screen onto which every one of us can project her or his own life and dreams – simultaneously embodying a celebration of life, love, longing and the beauty and diversity of metropolitan life.

Aline Bouvy offers ideas, memories, thoughts, and reflections on how we live this life. Though never explicit, there is a subtext of male nudity in Bouvy’s imagery for A Temporary Monument for Brussels. The male nude is a recurrent motif in her work; not as a fetish, but rather as a counterweight to the naked female body that seems to be everywhere. The female nude is not only a dominant motive throughout art history, but is omnipresent in our contemporary visual culture, such as advertisement and music videos.

If we take a closer look at Aline Bouvy’s work for A Temporary Monument for Brussels, one image shows the artist as Madonna. This photo, made in 1986, shows a small-town girl trying to escape the boredom of life, looking forward to independence and the moment of escape – already longing for a big city life. This self-portrait is accompanied by an image of a ragwort flower (Jacobaea vulgaris), a common wildflower that grows on the side of many roads and on every wasteland across the city. Also known under the name Stinking Willie – because of the unpleasant smell of the leaves – it is often considered a weed. However, because of the 2.000 to 2.500 yellow flowers per plant, it provides a great deal of nectar and food for 77 insect species (30 of which use ragwort exclusively as their food source). As such, the plant is directly responsible for a lot of the biodiversity in metropolitan areas.

A third image is a cropped detail from one of Aline Bouvy’s own sculptures. Successfully capturing the materiality of wet clay, this image subscribes the two-dimensional banner in the rich, sculptural tradition of our art history. Every artist has to relate her or his work to the art that came before. Especially when reflecting on art in public space, sculpture seems unavoidable, making the historical link all the more tangible. After all, nothing is created in a void.

The fourth image reinforces this idea, showing a detail from a broken phallic sculpture at the Stoibadeion – a temple of Dionysos located on the Greek island of Delos. On top of the image, a finger is making a poetic text collage, as an ode to Dionysos. This Greek god is both man and animal, male and effeminate, youthful as well as mature, and represents an enchanted world filled with extraordinary experiences. This poem is a celebration of life, and the reference to ancient Greek architecture echoes the idea of monumental sculpture.

The final image takes us back to the here and now. It is a snapshot of the artist’s phone, casually leaning against her computer – two devices most of us interact with on a daily basis. Recent technological developments help us to create and consume images at a rate yet unseen in the history of our civilization. Without realising, some of us experience the world almost exclusively through (social) media – living in a reality that is made up entirely by constructed images that simulate a life meant to arouse and satisfy our desires. It is as if we live in a hyperreality, a term coined by French sociologist Jean Baudrillard in 1981, to describe a world that merely exists as a set of signifiers, which represent something that does not actually exist, suggesting that the world we live in has been replaced by a copy world, where we seek simulated stimuli and nothing more. 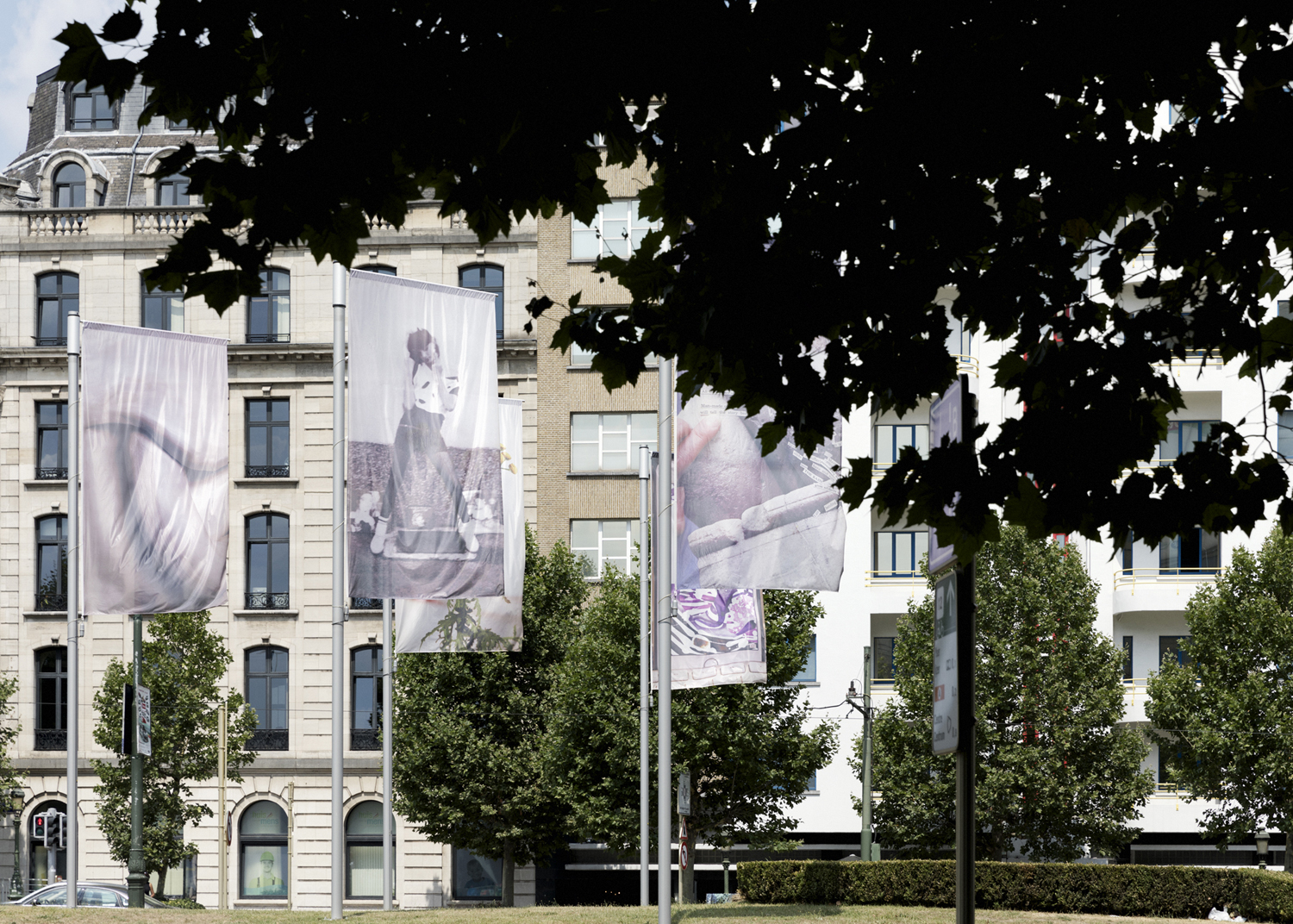 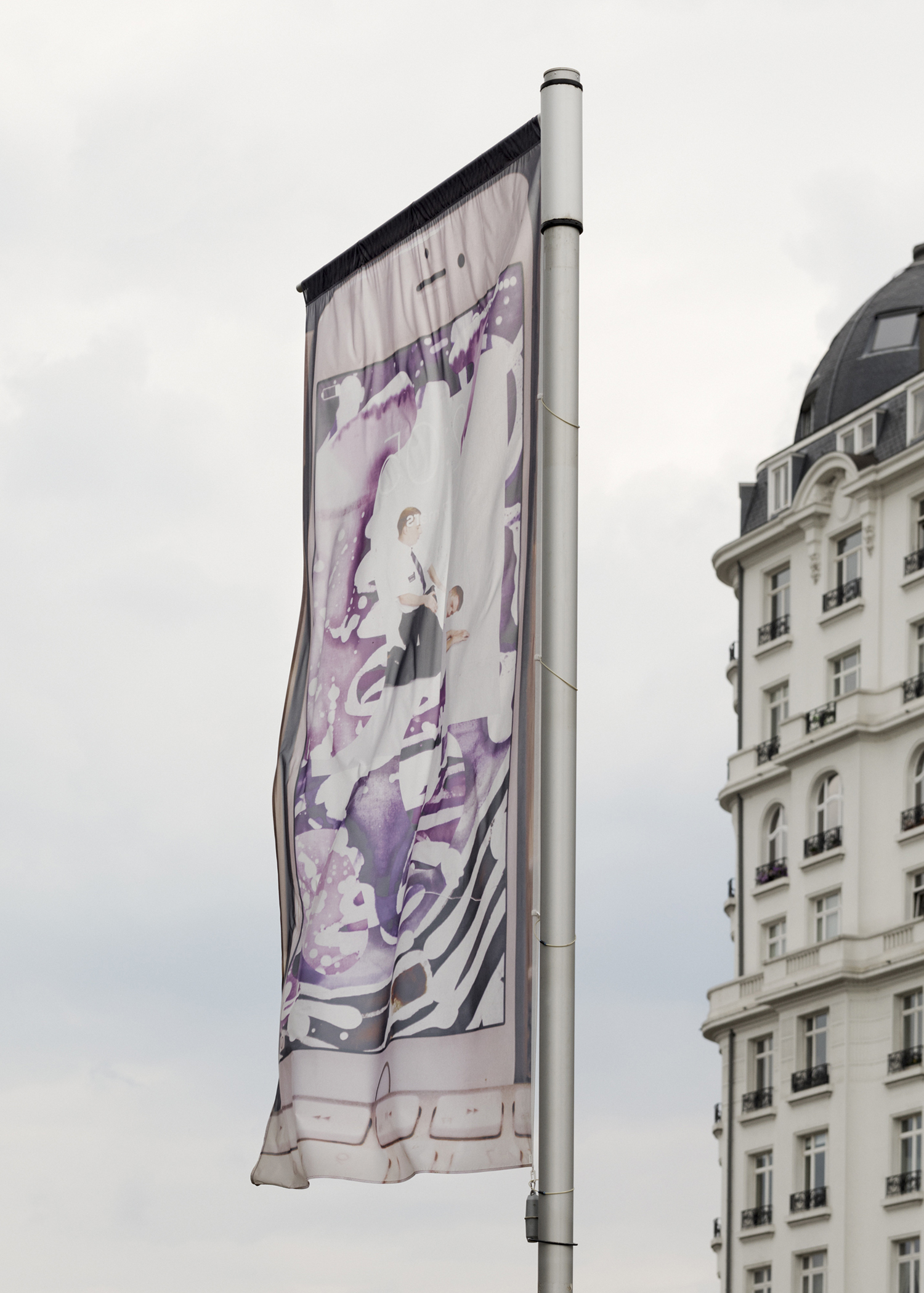 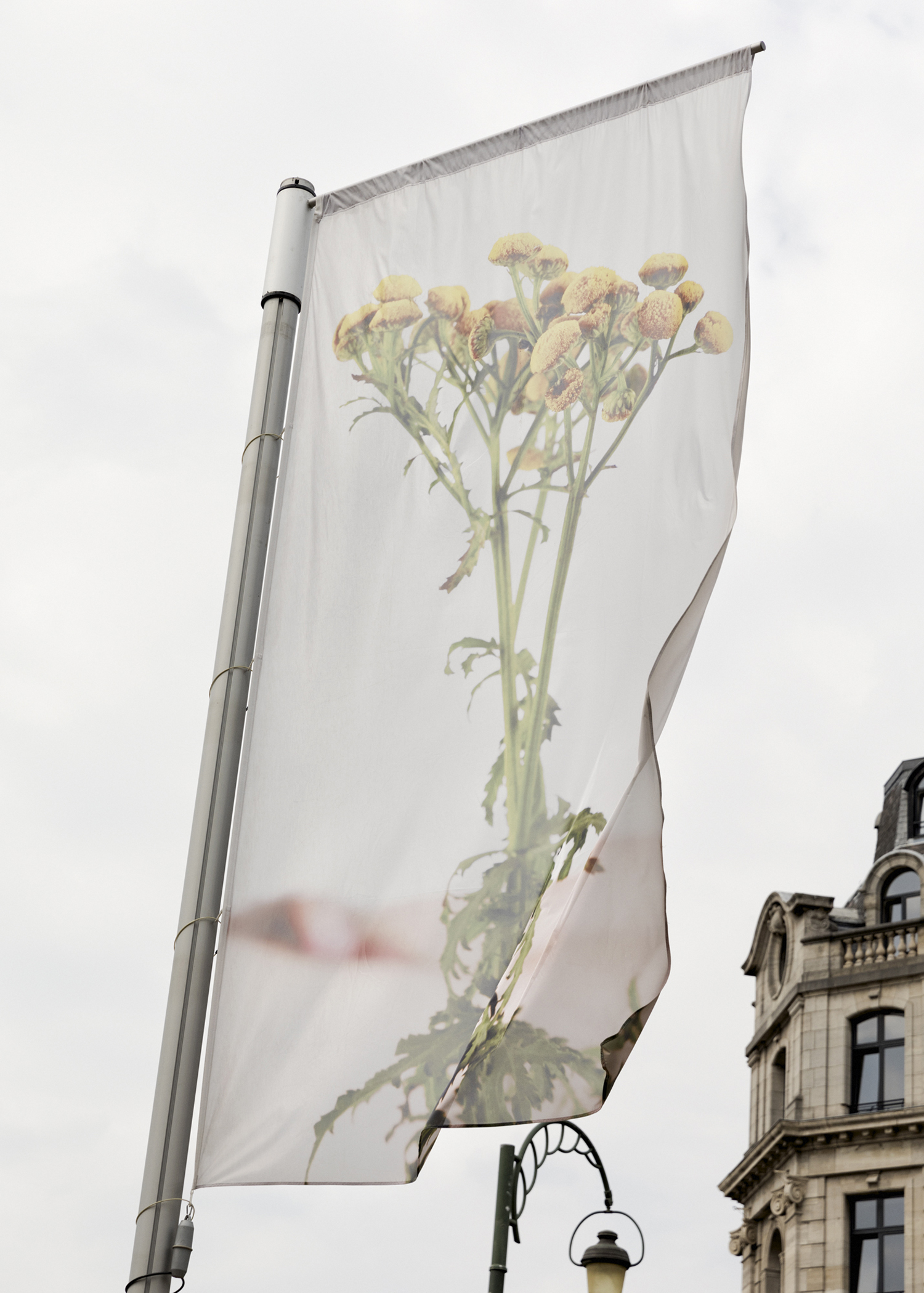 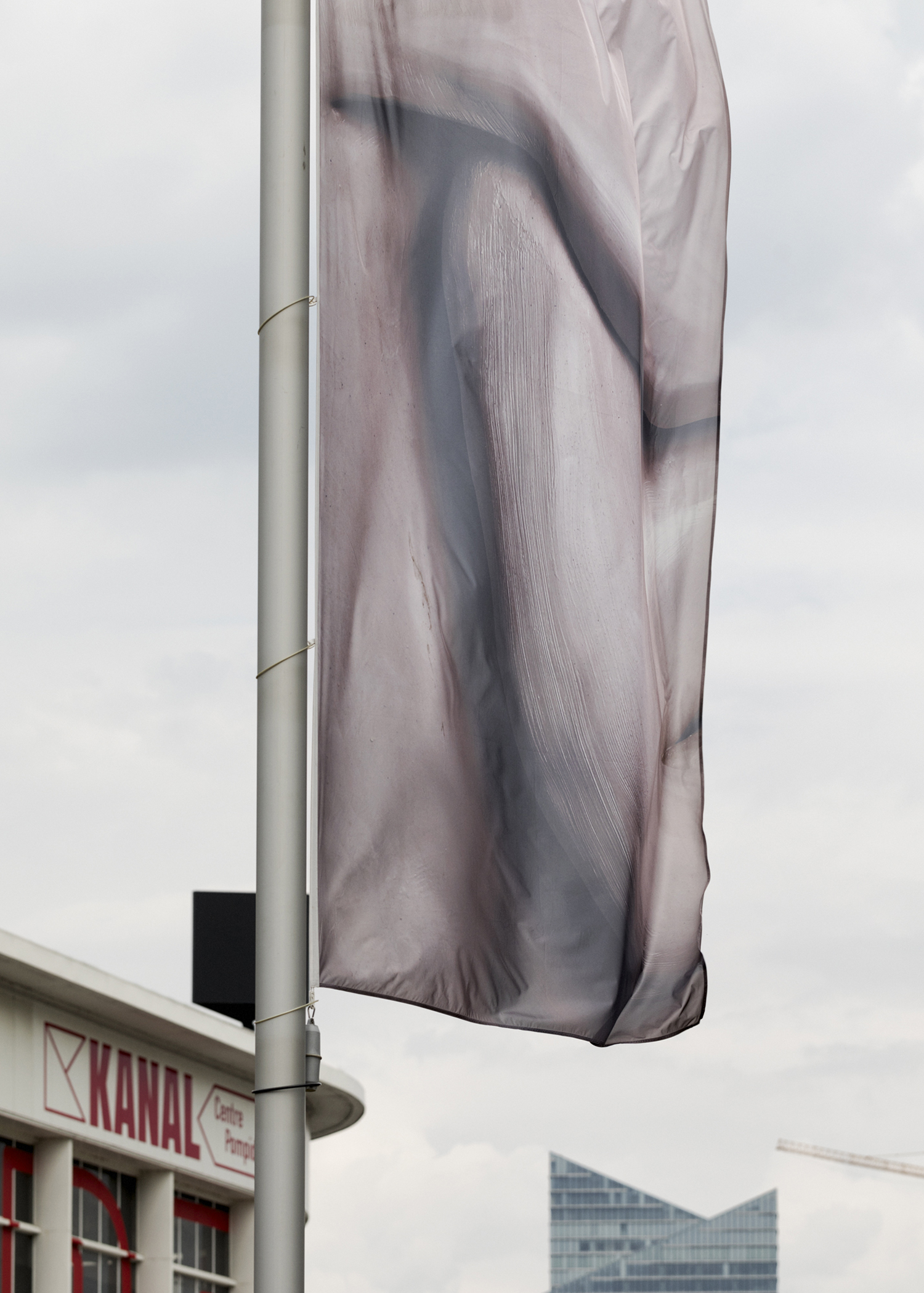 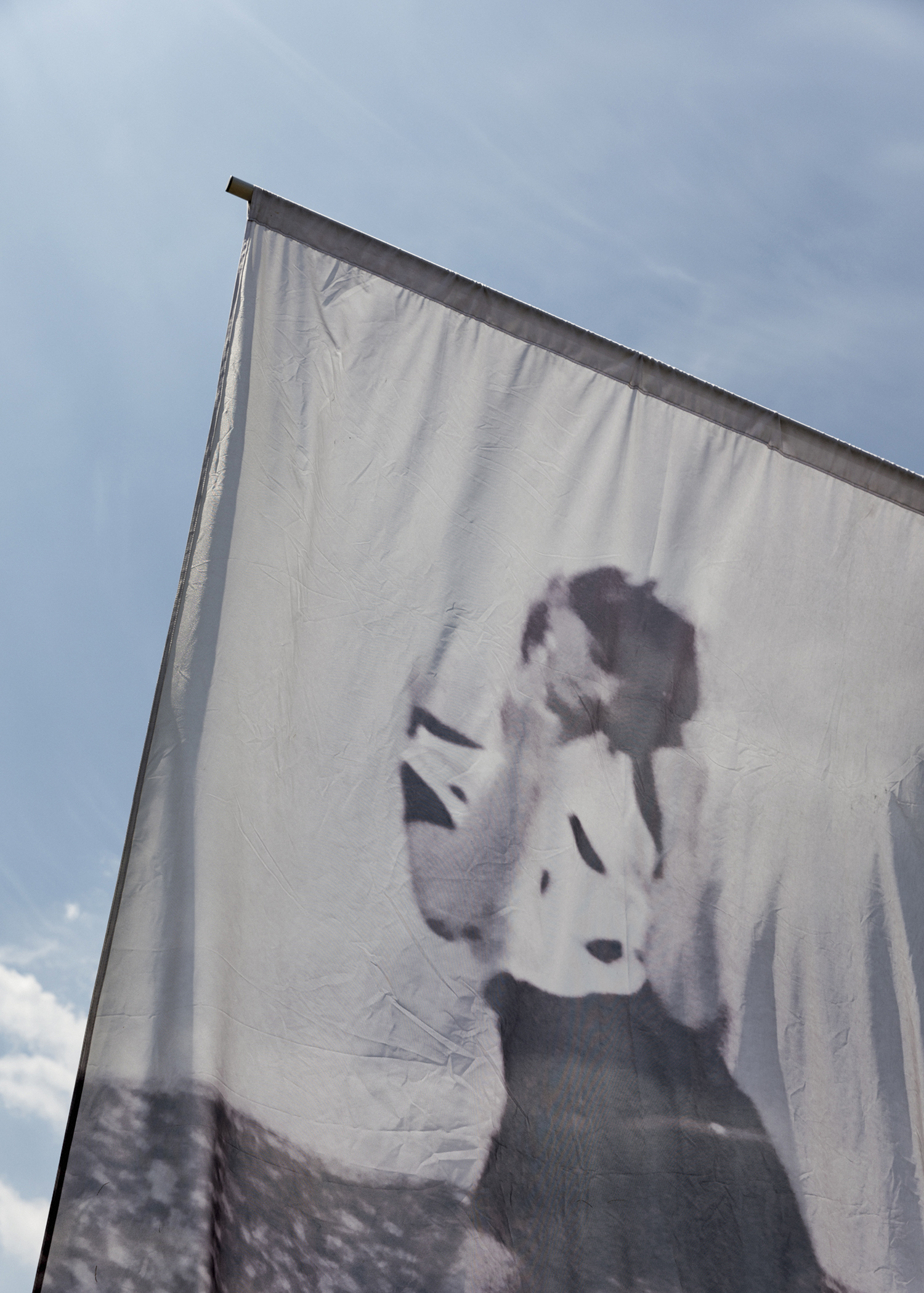 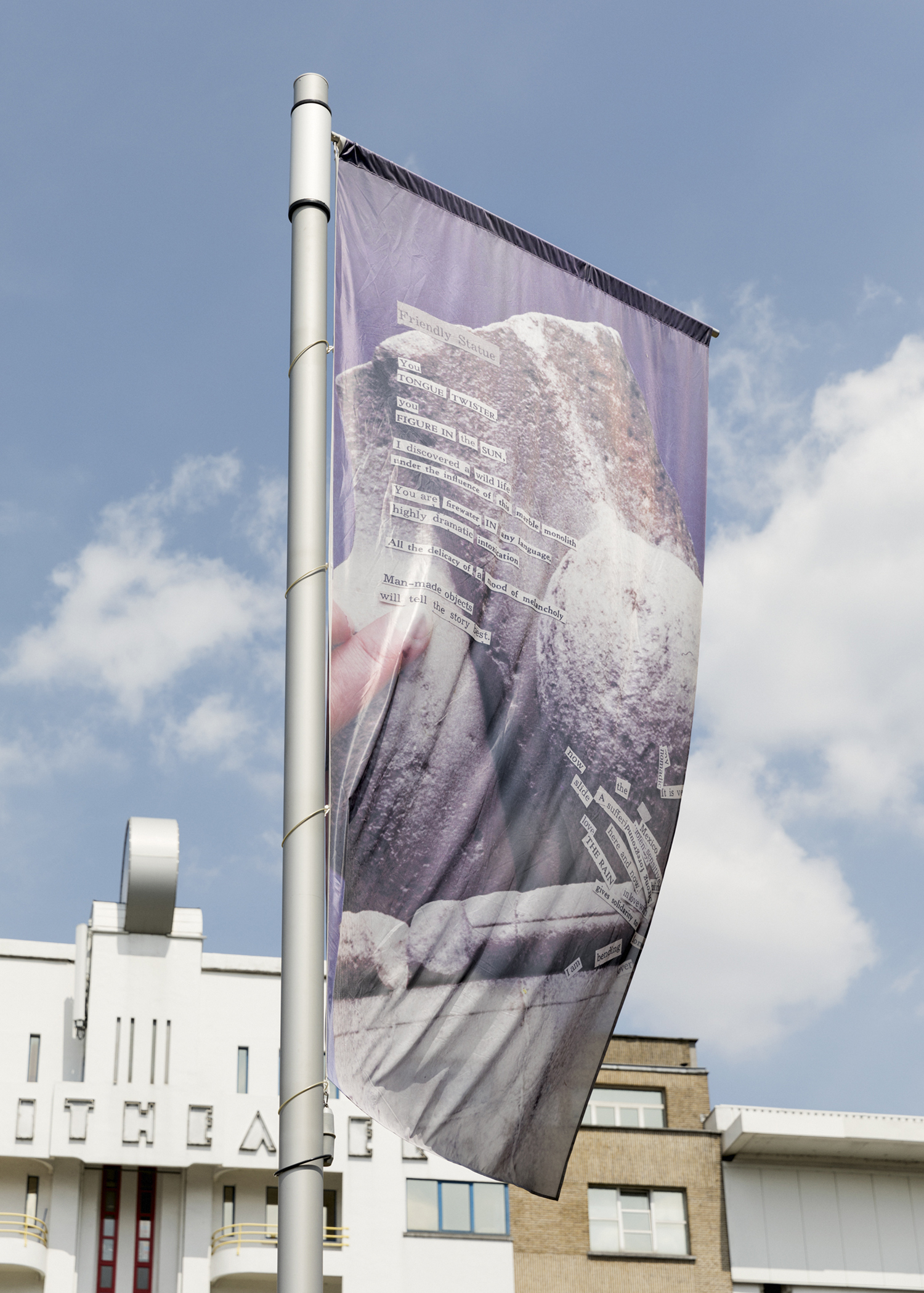 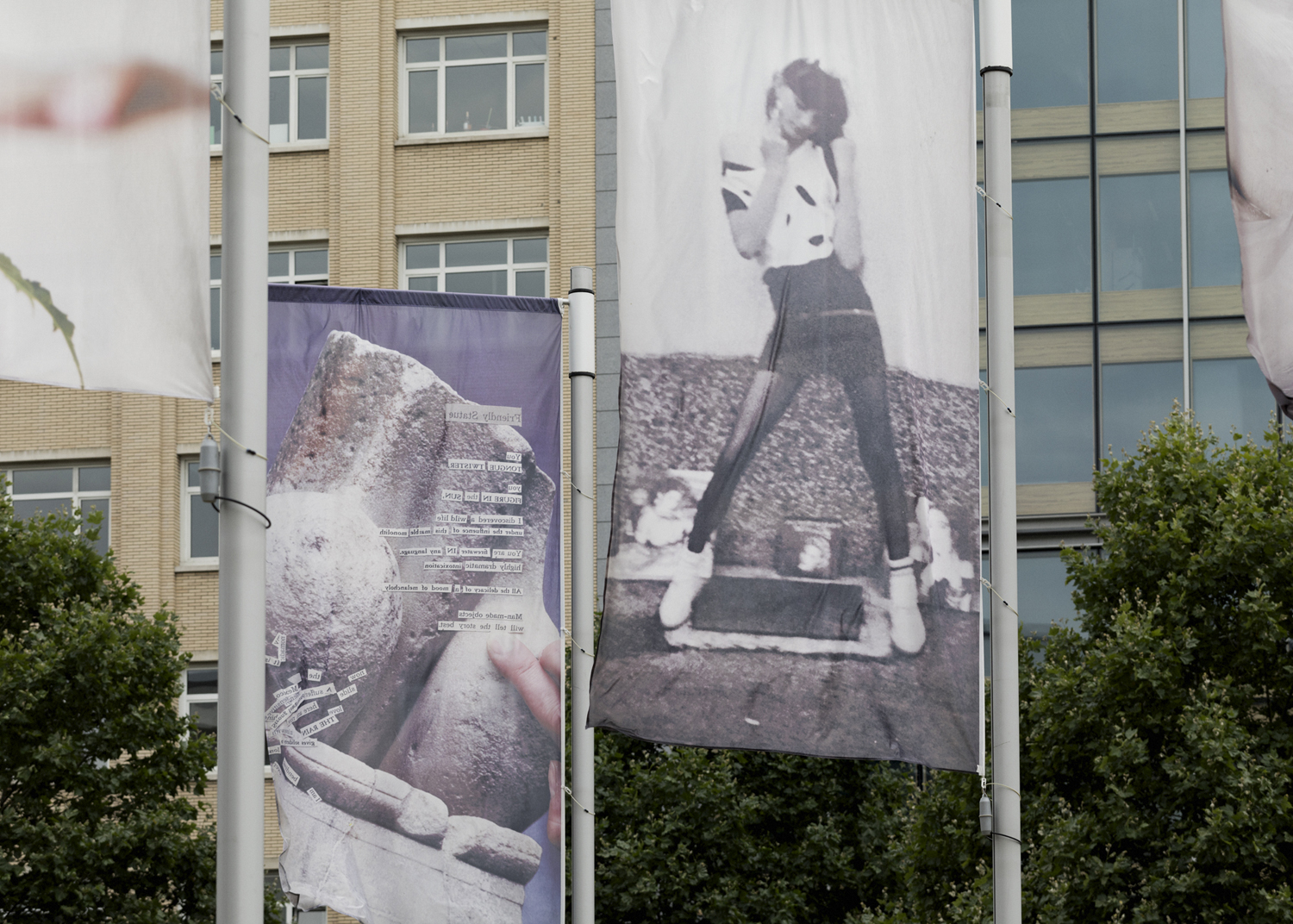 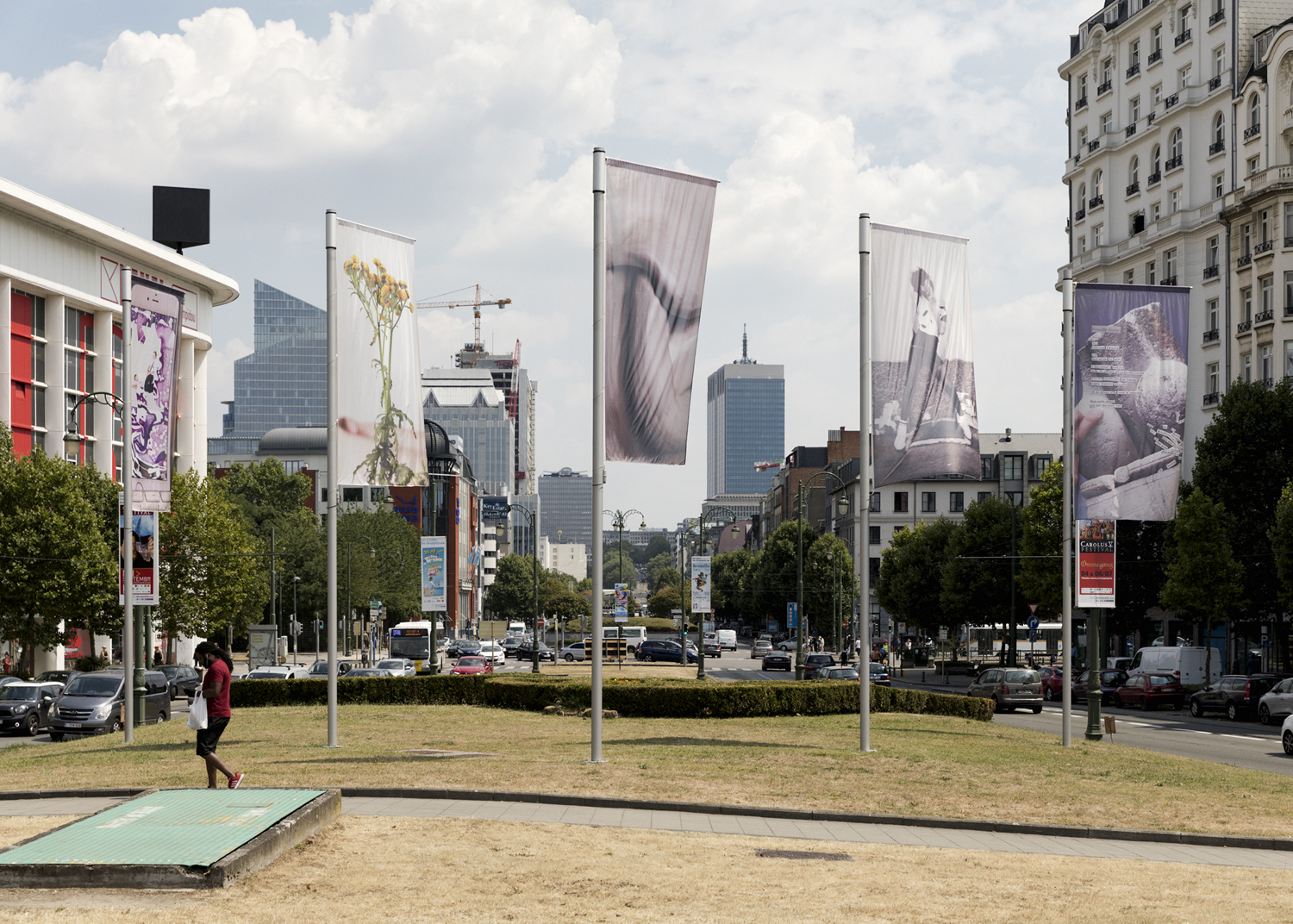 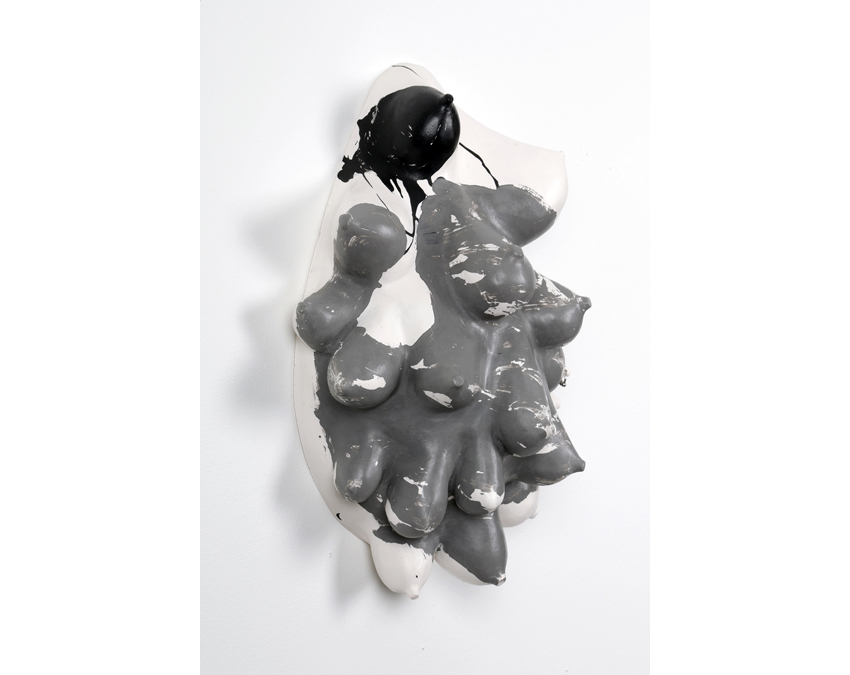