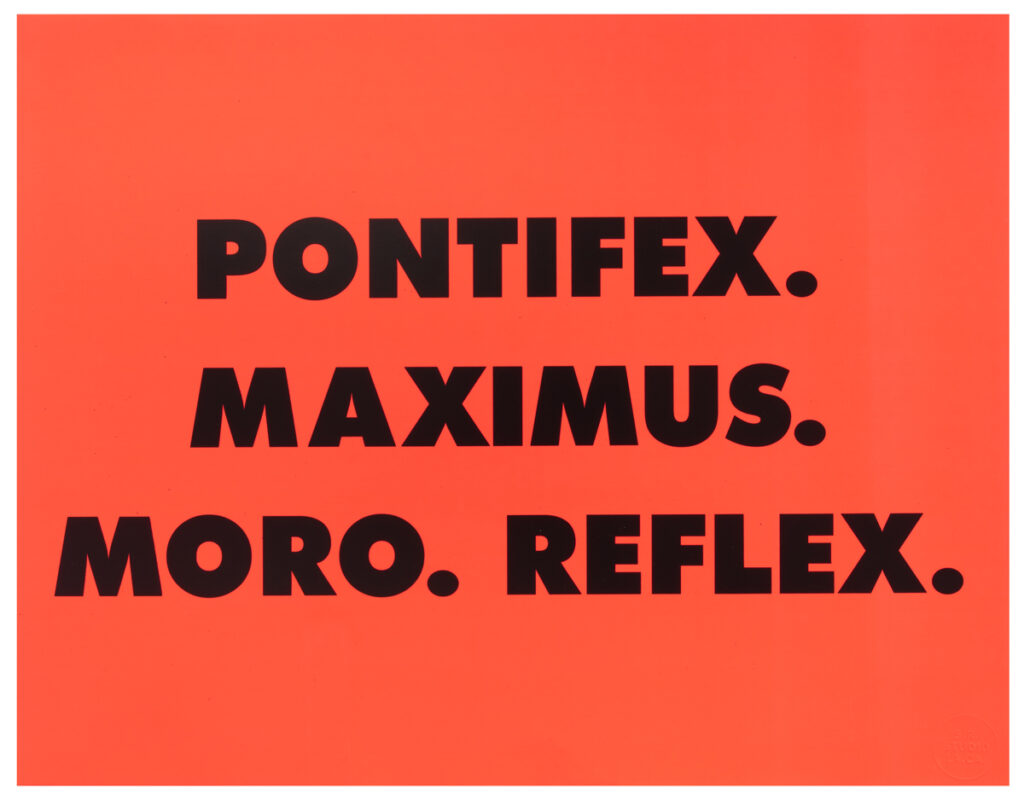 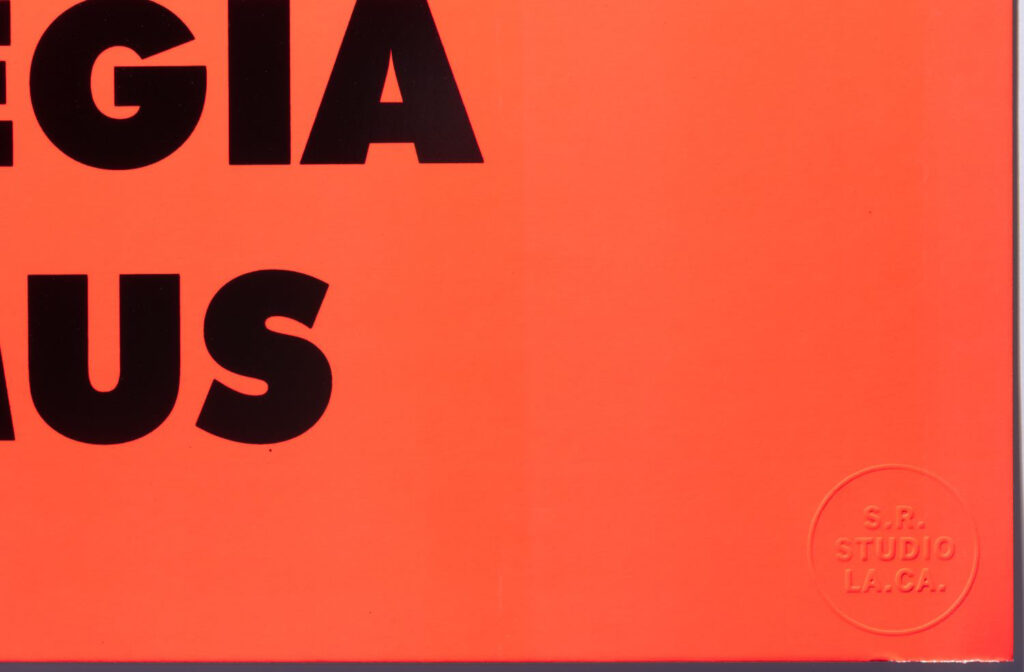 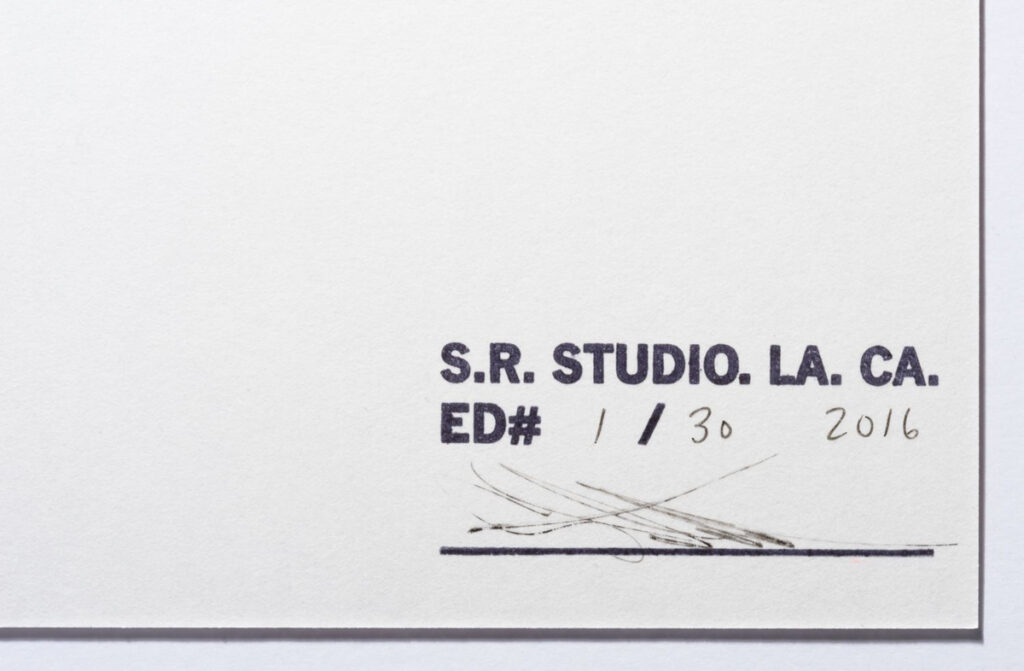 Screenprint on a thick, 110# matt poster board

This screen print in part of a series of nine prints – all bold poems in the tradition of “Basic Text” poetry. One could look at these text based works as an extension of Ruby’s sculptural concerns, but critic Donatien Grau proposes another perspective, one that “evokes an almost synonymous word: the poetic (…) as a harmonious capture of a metaphysical moment, a moment of relation to transcendence, which is intensely experienced in its immanence.”

Other works by Sterling Ruby