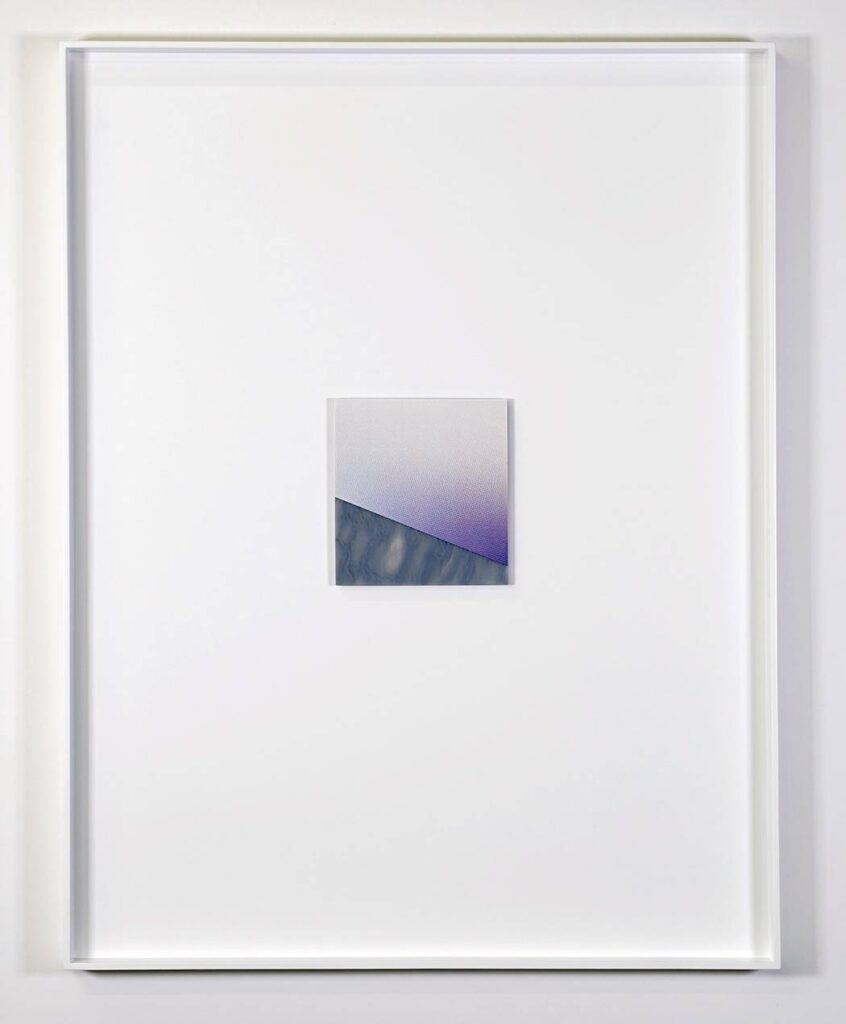 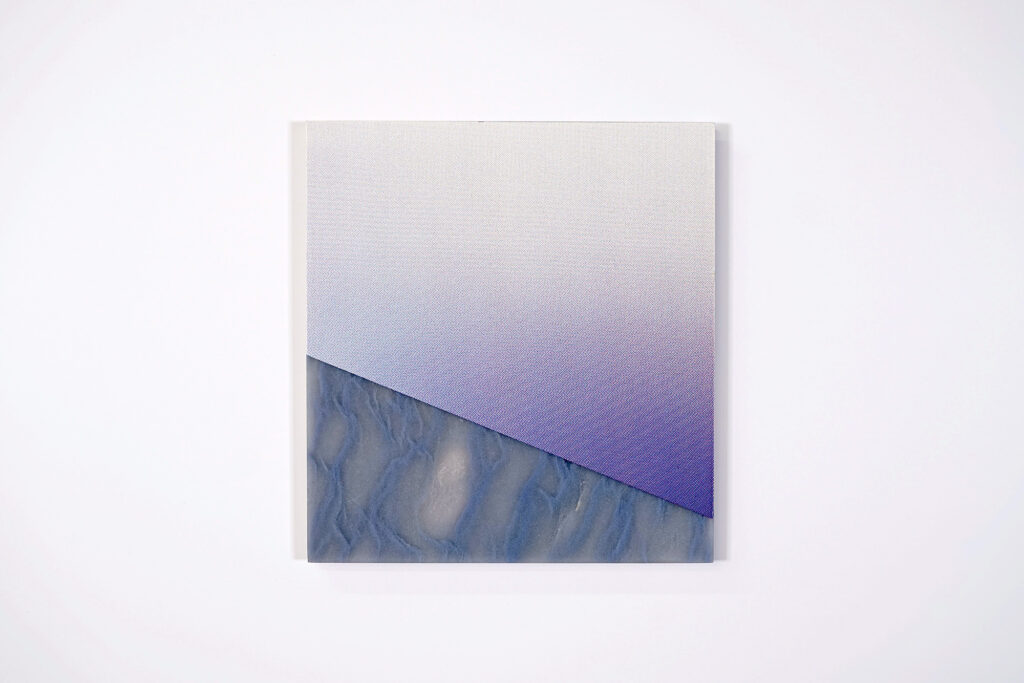 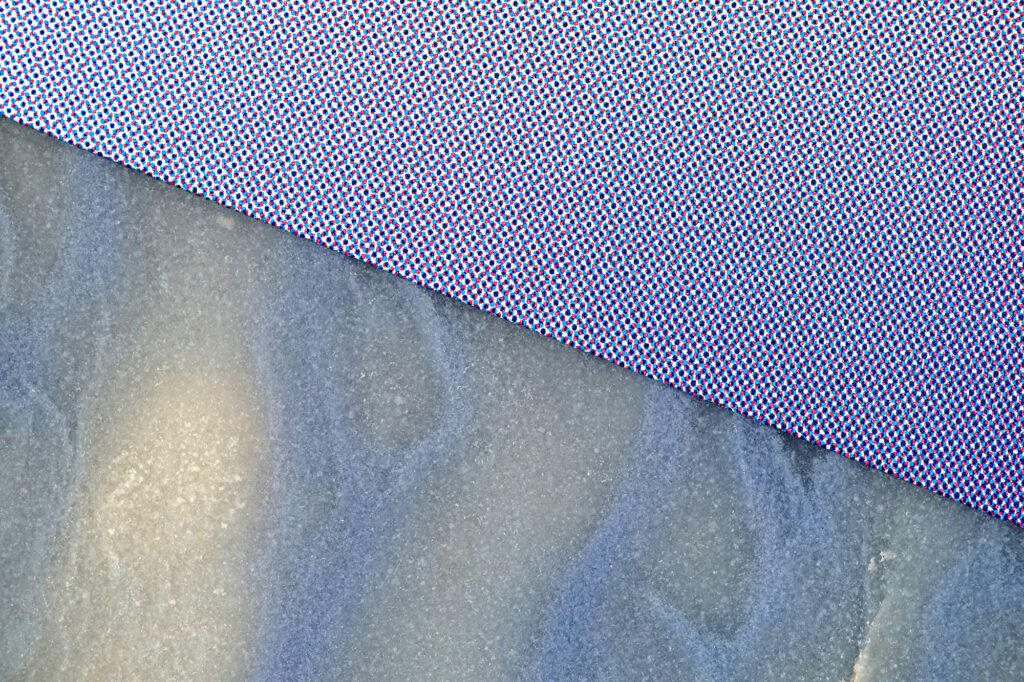 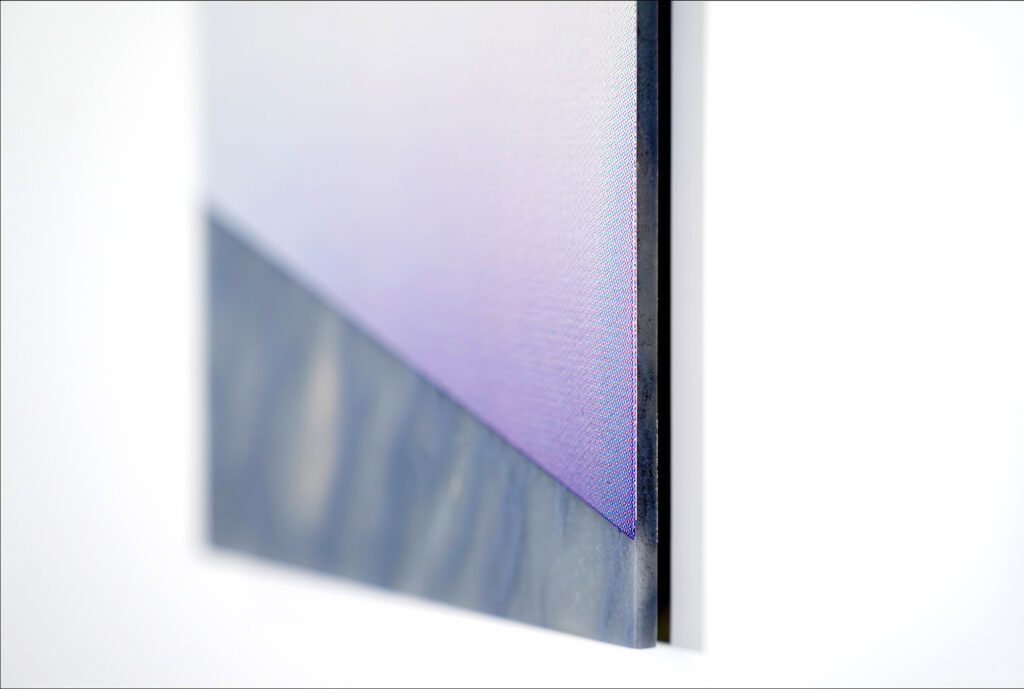 Although Pieter Vermeersch has been experimenting with work on marble since 2015, it is mainly in recent years that his use of the stone has come to the foreground. His solo exhibition at Museum M (Leuven, 2019) already featured works on which the artist had applied loose, bold strips of paint or covered surfaces in perfectly executed dégradé technique. In an interview with Veerle Devos (Damn, March 2017), he said the following:

‘Stone is very primary. If you break open a boulder from the river, you can see millions of years fixed in its veins. By mining, cutting, and polishing […] we make nature more visible. The passing of time becomes palpable! And we get a glimpse of something that was not previously visible. The history of stone has an almost cosmic dimension, which I want to reactivate in my work. Marble is stone that is metamorphosed under the influence of temperature, pressure, or hydrothermal fluids; it is often millions of years old and contains fossils. Such a piece of marble is like crystallized time and space.’

In this edition of the Untitled series produced by Pieter Vermeersch, he uses a light blue marble slab from Bahia, Brazil, screen-printed with a blue ink that slips towards white. The grid points are spaced to the extent of creating a quasi pointillist geometry that cuts through the timeless marble. Matter becomes image.

Pieter Vermeersch is a painter, but his artistic practice takes him beyond the traditional boundaries of the canvas. He questions and explores the parameters of painting and works on a variety of surfaces, such as canvas, marble, photographs, and existing architecture. Time, space and colour are the three building blocks of Vermeersch’s oeuvre. These concepts lie at the foundation of his gradual murals and architectural interventions.

The architectural context of the exhibition space determines Vermeersch’s selection of works and scenography for each new project. When he decided to venture beyond the borders of the canvas, he soon ran up against a new border, namely that of architecture. This architectural context became like a canvas to him and is the surface on which he paints his murals. These murals consist of gradual transitions of colour. Nothing betrays the labour intensive and rational process required to create them. Brick or cellular concrete walls form the backbone of the exhibition. The rudimentary character of these walls contrasts with the almost perfect execution of the murals and other works in the exhibition.

Other works by Pieter Vermeersch