While Art Brussels, Poppositions and Independent are all taking place downtown, lots of things are also happening uptown. We gladly guide you to some exhibitions and events we think you shouldn’t miss while in Brussels this weekend. They are either special events that just runs this one weekend, or exhibitions opening now. We start at BOZAR, a few hundred meters from Independent, and end around the beautiful ponds of Bruxelles. 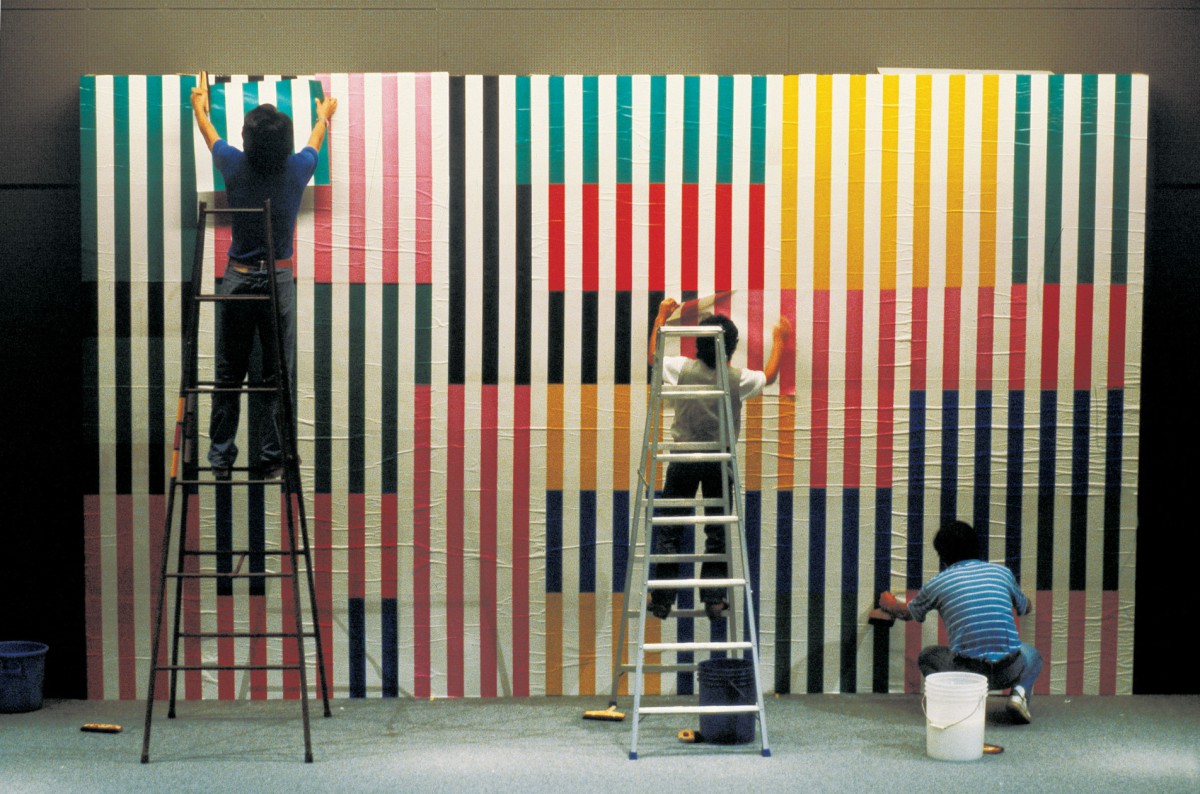 For his performance Couleurs Superposées, Daniel Buren invited five actors to paste sheets of paper with alternating white and coloured stripes to a wall. Colours and shapes are constantly appearing before immediately disappearing again. Only the white stripes remain. During the final 20 minutes the actors tear off the freshly pasted sheets of paper, so that little by little fragments of the previous layers are revealed. The spectator is witness to the evolution of a work that is never complete. Couleurs superposées was initially staged in Genazzano, Italy, in 1982 in the group project La Zattera di Babele (The Raft of Babel).

The new season at La Verrière examines the thought that our discovery of a new work of art is above all an emotional encounter. Poésie balistique inaugurates this new season of exhibitions, revisiting this key aspect of our apprehension of contemporary art with a focus on the viewer’s unmediated experience and the nature of our direct, individual, sensitive response, beyond language. Intuition is celebrated over explanation. A work’s initial impact – however conceptual – should take precedence over its interpretation in words. Too often, the latter becomes confused with the essence of the work itself.

(enter through the Hermès store) 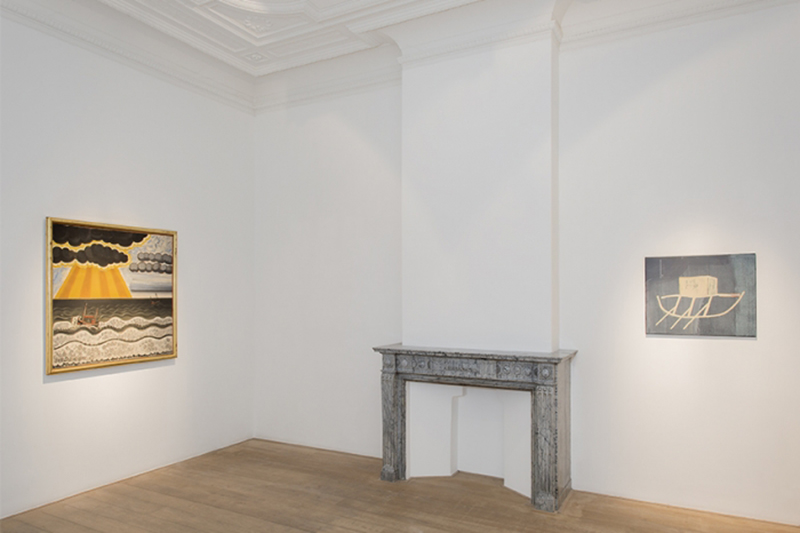 Un Voyage en Mer is an exhibition to celebrate the seventh anniversary of Charles Riva Collection. The exhibition brings together works by Belgian artists from various eras and with diverse sensibilities, built on an inexhaustible theme: the sea. Un Voyage en Mer is composed as an anthology.  Rather than getting lost in a vast historical or thematic panorama, it anticipates unexpected but fruitful confrontations. 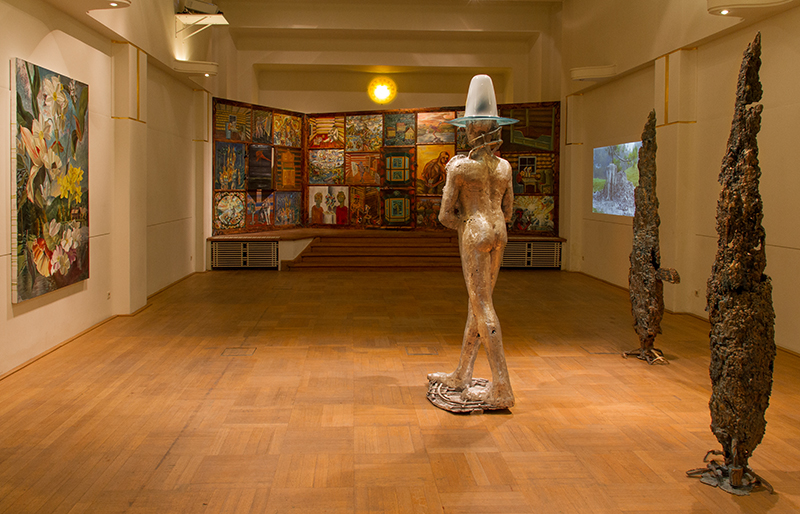 Pastoral Myths is a group exhibition featuring six artists that suggest a singular and twisted examination of pastoral aesthetics and ideas. The works in the show integrate style into a both embracing and critical relationship to environment, land and rurality. Next to a well-digested comprehension of what could be called the pastoral genre, the artists in the show develop a practice testifying to a physical, mythical and cultural understanding of landscape from their personal and local perspective.

Bruce Naumann at The Embassy 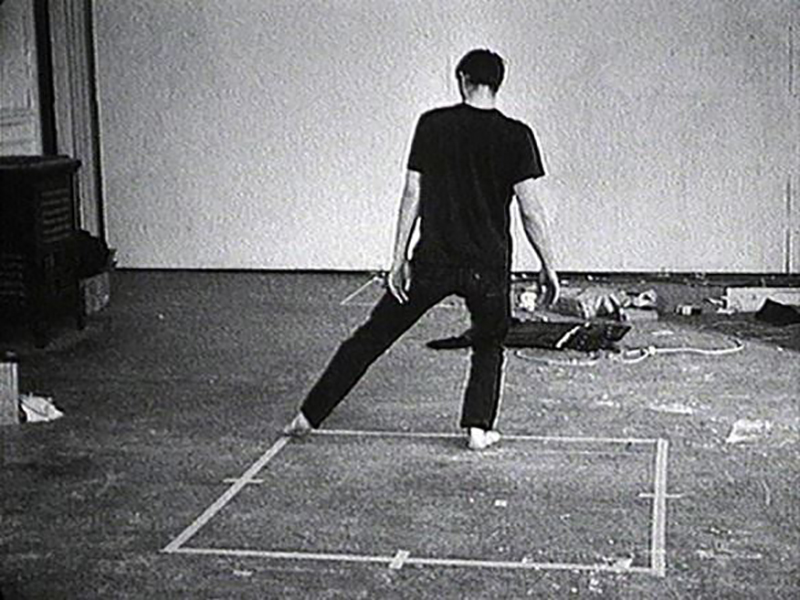 The Embassy is pleased to announce its inaugural exhibition by American artist Bruce Nauman. Though Nauman’s significance arose in the 1960s, half a century later the artist remains a seminal force in art. The True Artist brings together four of Naumann’s early conceptual film pieces in a rare solo presentation of the artist in Belgium, shown in the setting of a private residence. This exhibition is only on view from Thursday 21 April to Sunday 24 April. 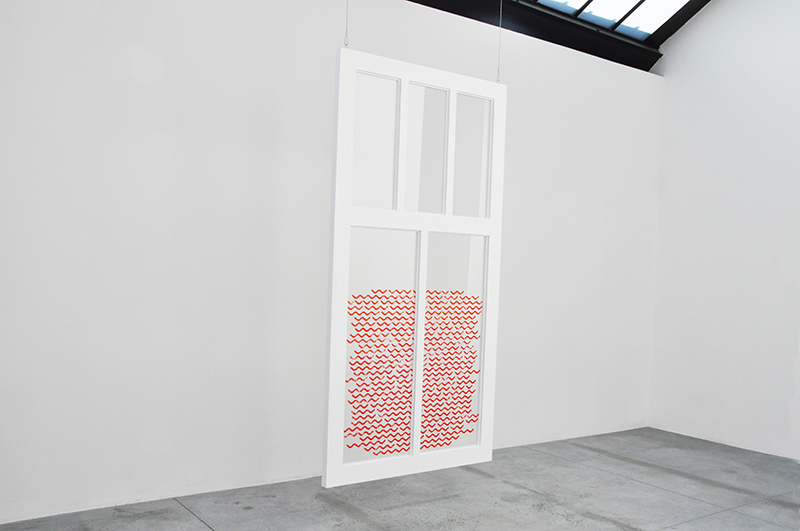 Transhumance is a group exhibition reflecting on the confrontation between the metamorphosis of habitat and the extraordinary contemporary mobility. The idea of a fixed home, a physical location as a reflection of our identity, is evolving. Nowadays, our habitat stretches beyond its stable physical and psychological forms, to acquire the symbolic figure of transhumance. Deep down, the idea of a migrant habitat is nevertheless still a paradox, the consequences of which is the subject matter of this exhibition. In a world more than ever faced with modern mobility, but too often also with forced exile, Brussels, at the heart of the old continent, deeply European, fluid and solid, a space whose community identity is in constant mutation, constitutes the ideal background to present this unusual portrait of Cuba and its artists.