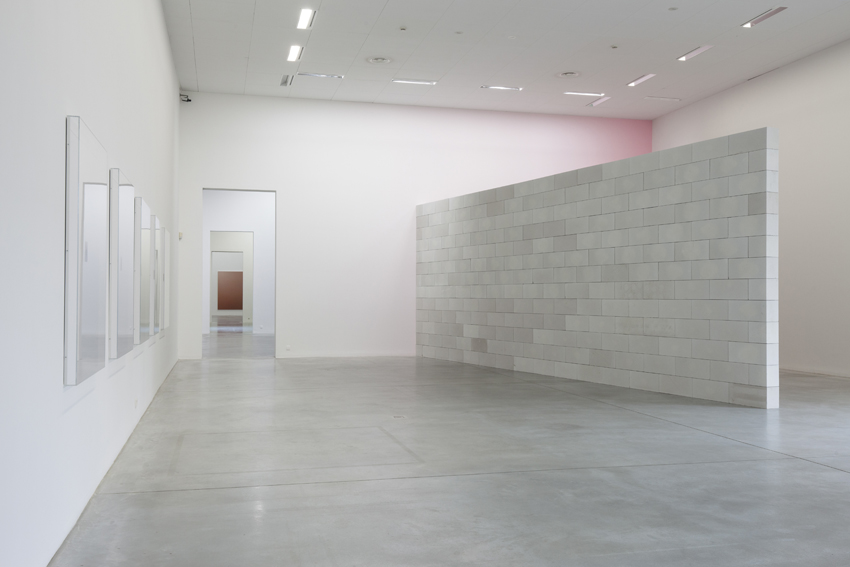 Pieter Vermeersch is a painter, but his artistic practice takes him beyond traditional boundaries. He investigates and interrogates the parameters of painting, working on different supports, including canvas, marble, photographs and existing architecture.

It is the architectural context of the exhibition space for Vermeersch that determines the selection of works and the scenography for each new project. His interest in architecture reflects its function as both the support and framework for his murals and as the primary architecture that develops and defines the space. The monumental exhibition rooms in M likewise serve as the point of departure for his working process. The gradient murals intervene in the space and manipulate it. The scale of the aerated concrete and brick walls make them the spine of the exhibition, while their rough character contrasts with the almost perfect finish of the murals and other works in the show.

The 8 Paintings series is the oldest element in this exhibition. Each of the eight works was done after a single photograph, giving you an immediate sense of how Vermeersch approaches painting. This early series marks the beginning of the dichotomy between abstraction and representation that is the thread running through Vermeersch’s oeuvre.

The artist has also made eight new paintings for this exhibition, tailored to M’s galleries. These seemingly abstract works are based on snapshots taken by Vermeersch himself, often on his phone. For years now, he has sought in this way to capture situations in which any points of spatial reference fall outside the confines of the image. The resulting photographs come close to images of space as such, of a space without definition. Vermeersch works with colour, light and shade to create images of undefined, anonymous spaces, in which all concrete references are absent and which leave you with just the illusion of space.

He then translates images like this – the source of all the artist’s autonomous paintings – into oil on canvas, where representation and abstraction flow into one another. The result may be termed ‘hyperrealistic abstraction’. Vermeersch himself calls these paintings ‘zero degree images’ – works that fall somewhere between abstraction and representation, by merging the two. It is a kind of monochrome injected with the echo of photography. The monochrome surface takes on a third, obviously illusory dimension, which is precisely the aspect that is so emphatically present in photography: the image is not a legible reality but merely its echo.

The works done on photographs result from a need Vermeersch felt to bring his zero degree images back to reality, which he achieves by reintroducing a temporal dimension into the image. What we see are fingerprints in oil paint on small photographs. Whereas photography freezes a given moment in reality, the snapshots that Pieter Vermeersch takes actually escape any such concrete reality. They offer no purchase and the images border on abstraction. The moment is no longer visible: it has gone and is absorbed into the space of the image.

The pictorial process played out in these works is one of finding the right blend, the right colour at the place of the fingerprint. Once again, it is the representation of something abstract, in this case colour. But at the same time, each fingerprint pulls the image back into the moment, just like a finger pressing the shutter to capture a moment in a photograph.

The murals arise from Pieter Vermeersch’s interest in moving beyond the confines of the canvas. As he did so, he quickly realized that he had run into a new boundary, that of the architecture. These new limits, the architectural context, began to serve as his canvas and became the support for his murals. The increase in scale meant that the painted work no longer remained purely two-dimensional: the mural takes on a spatial element. You can only experience its pictorial power if you yourself move within this space.

The murals consist of gradual colour transitions. Although they do not arise from a photographic image as in his paintings, the reference to photography is still present. The gradation of a colour in these murals is comparable with the development of a photograph in a darkroom or the gradual emergence of a Polaroid image. In this sense, the murals can be viewed as an abstract manifestation – of colour – rather than as an identifiable image.

The colour gradient also parallels the passage of time. The horizontal character of the murals heightens the harmonious transition from white to an intense hue. All the same, there is no particular direction in which to ‘read’ the murals, no central point on which to focus. The painting can never be observed in its entirety at once, which elicits an awareness of time. Your eyes move from left to right and back as you take in the way the colour develops. And as you walk along the mural, you follow the gradation of the colour and time passes. In this way, the mural becomes a pictorial history or trace of that passage.

The colour transition in the murals is very gradual and the brushwork is no longer visible, making the artist’s hand seem almost absent. There is no trace of the labour-intensive and rational process involved in their execution. To paint a wall with a gradual transition from white to blue, the overall surface must be broken down into 130 colour fields, each a shade darker than the previous one and mixed by hand. It is an empirical process: partly mechanical, yet far from mathematical.

In several of Vermeersch’s paintings on canvas, you’ll find an intervention at the centre of the work that makes you aware once again of the surface of the canvas. These ‘scratch paintings’ take the zero degree images back to a reality embodied in the moment. Rather than adding information to the image, information in this instance is removed. The artist manipulates the painted surface by scratching part of it away in a single movement while it is still liquid. In contrast with the other murals, space is created here for the coincidental. The image is confronted by a physical moment in which the painting is pulled back into a different reality, the here and now. A focal point is inserted where all focus is otherwise absent. You’ll find a similar intervention in the blue mural, in which a kind of ideal is undermined.

Pieter Vermeersch has been fascinated by geology since he was a child. For his works on marble, he uses the stone as his canvas. The artist senses a cosmic dimension in marble, which is the result of crystallized time. The stone is millions of years old and is built up from a chance series of moments we can never trace. It is this immense, ungraspable temporal dimension that fascinates Vermeersch. Some of the marbles are painted with zero degree images, while on others he applies a touch or a stroke of paint. By painting the marble, the artist activates the temporal dimension embodied by the material. He adds a moment to it: a new layer, that of the present. The touch of paint is an overture to the stone – a way of merging with it. Yet it will always remain artificial, the insertion of something unnatural into a chunk of nature: something that also serves to create a distance. 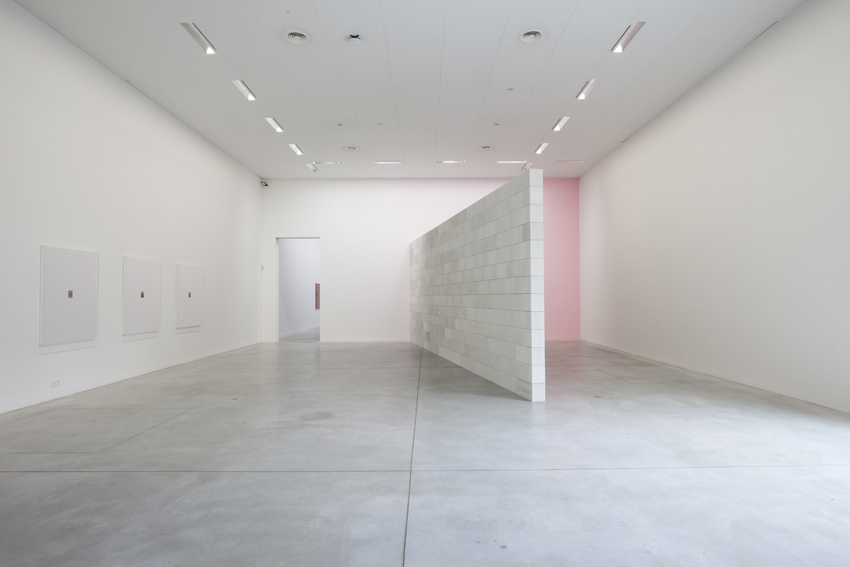 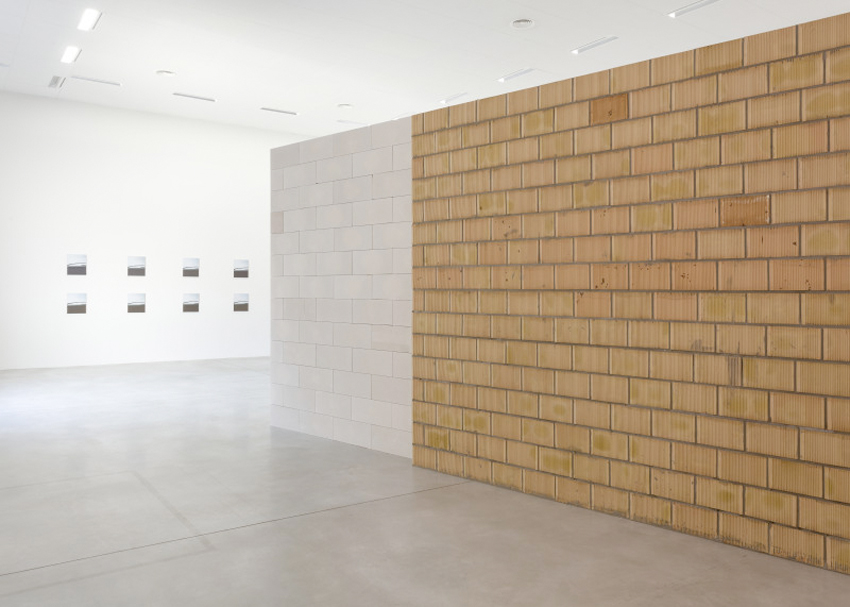 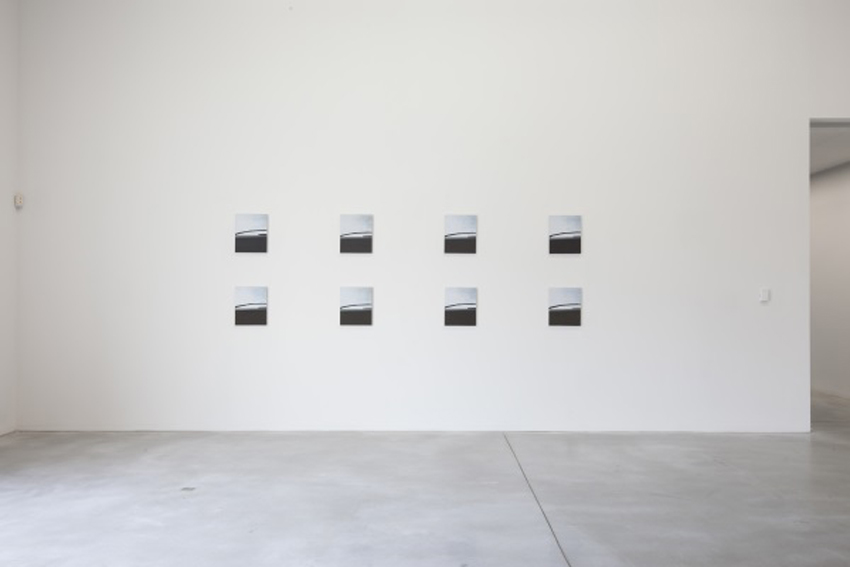 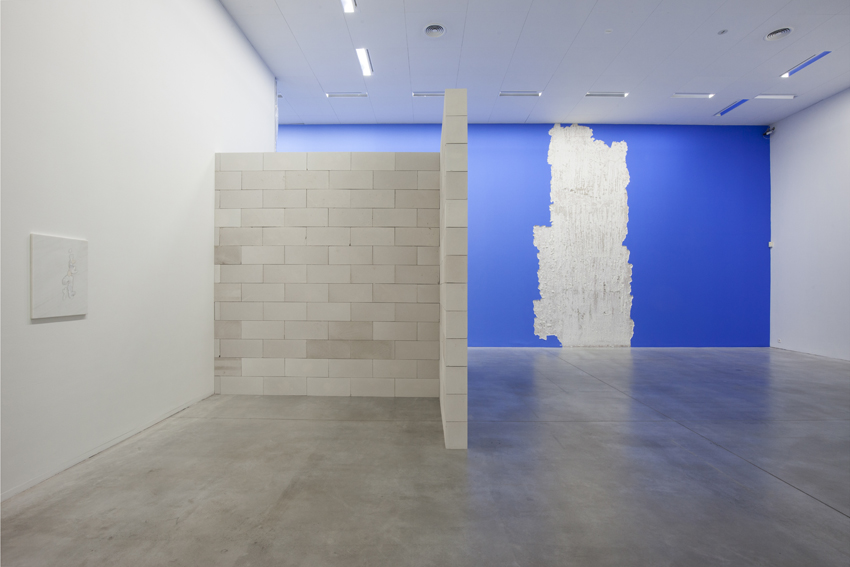 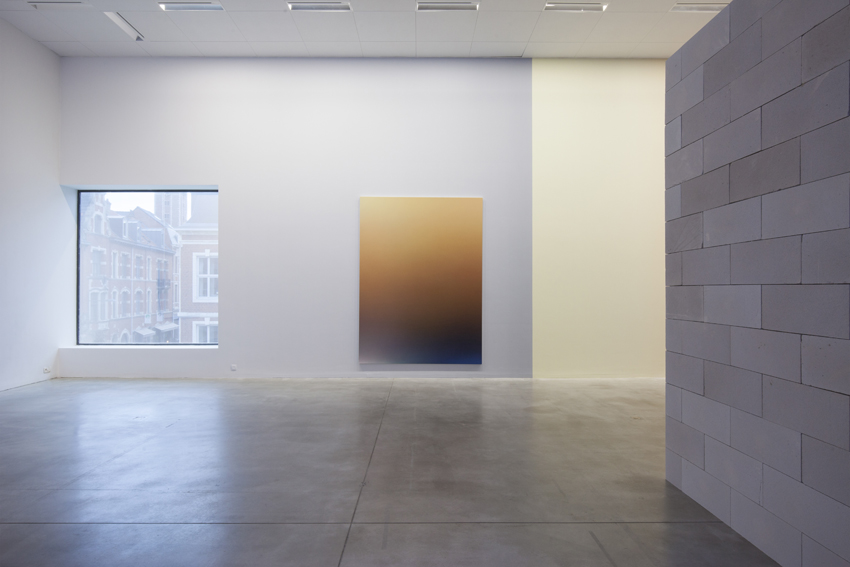 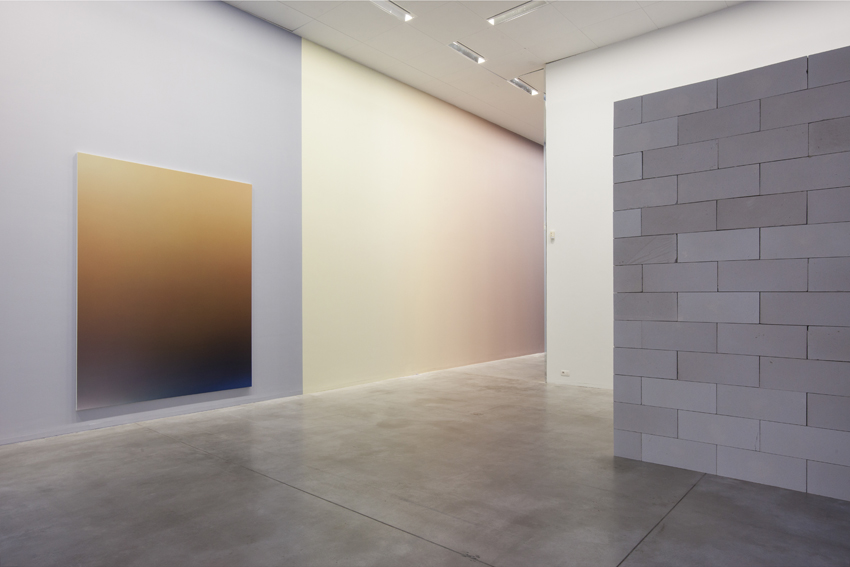 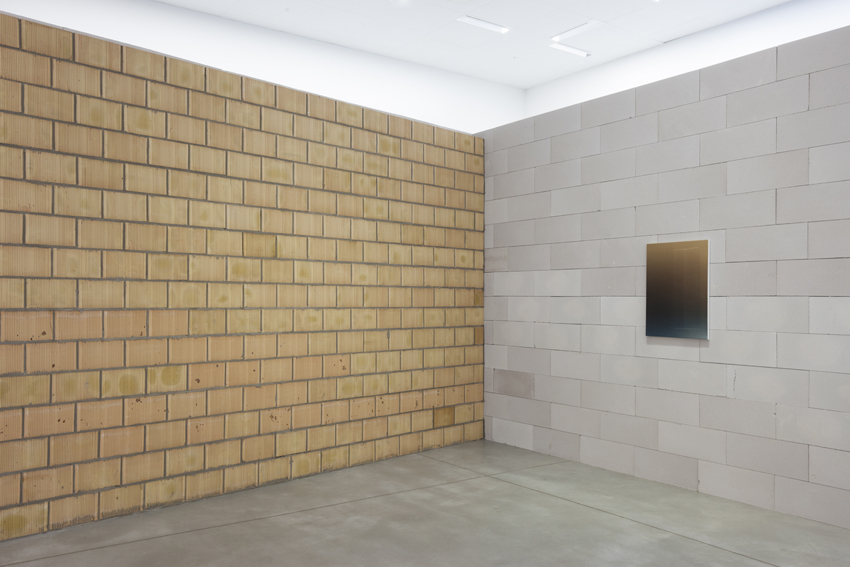 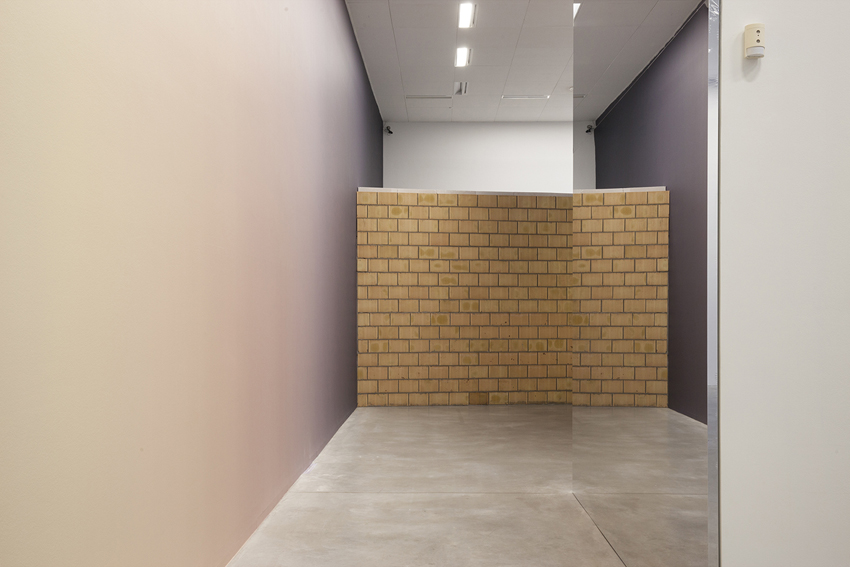 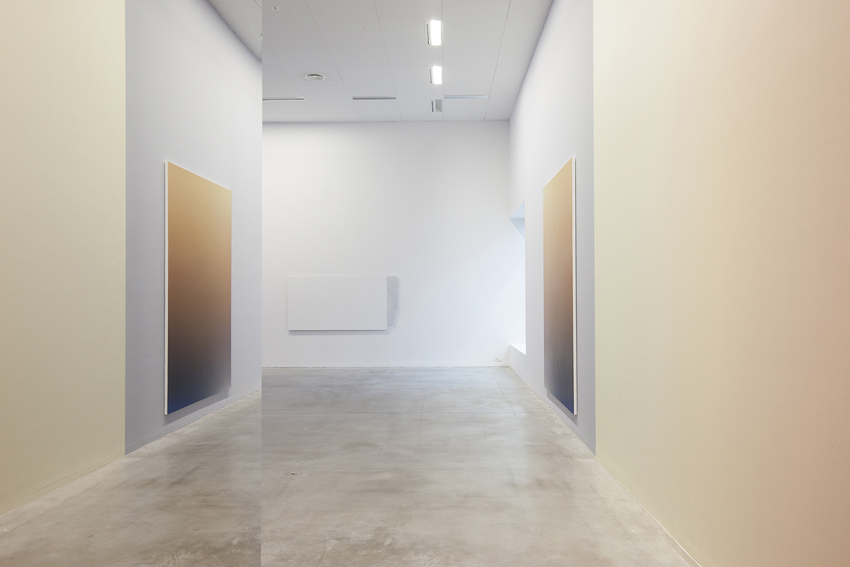 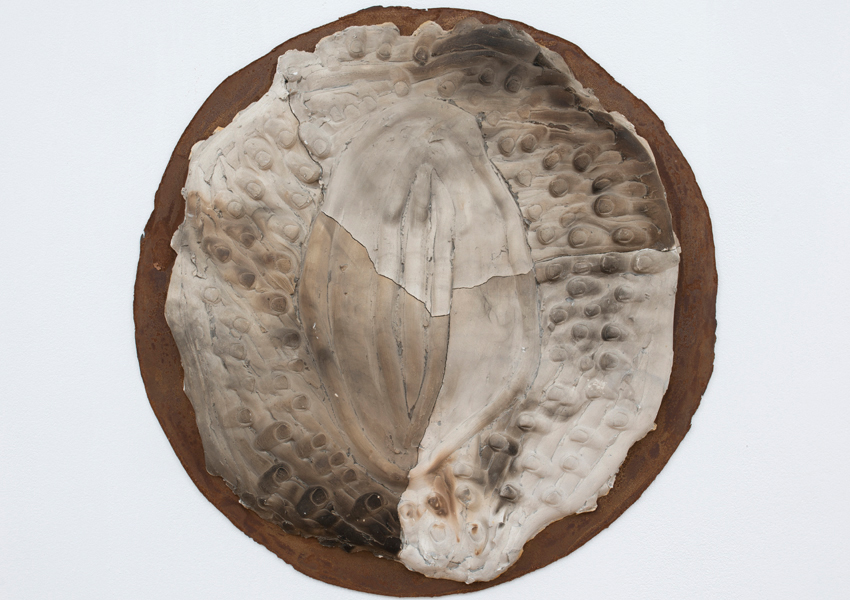 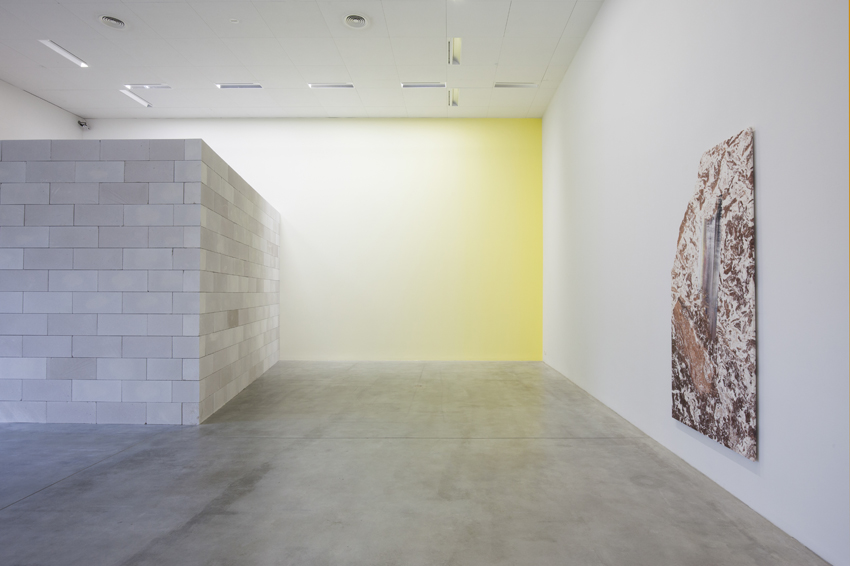 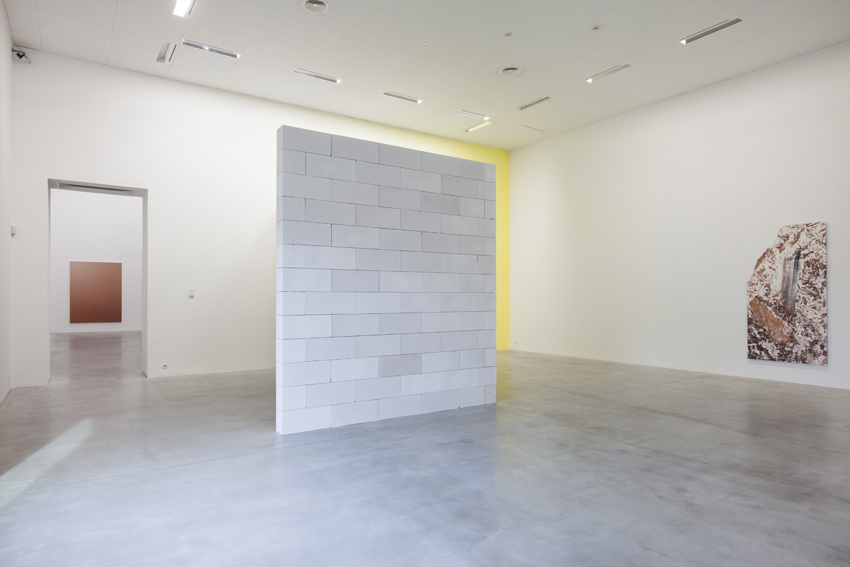 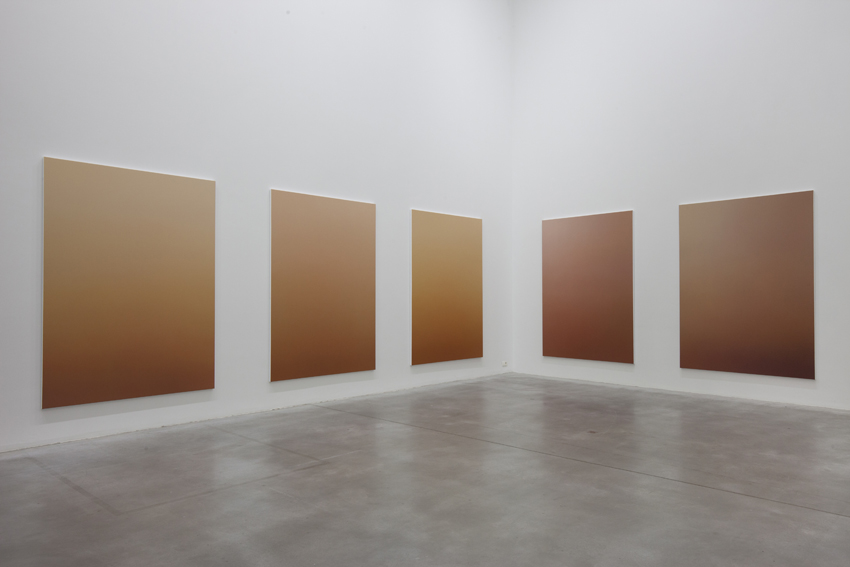 Courtesy of the artist and Museum M

(Photographic print – edition of 50 copies, signed and numbered by the artist )