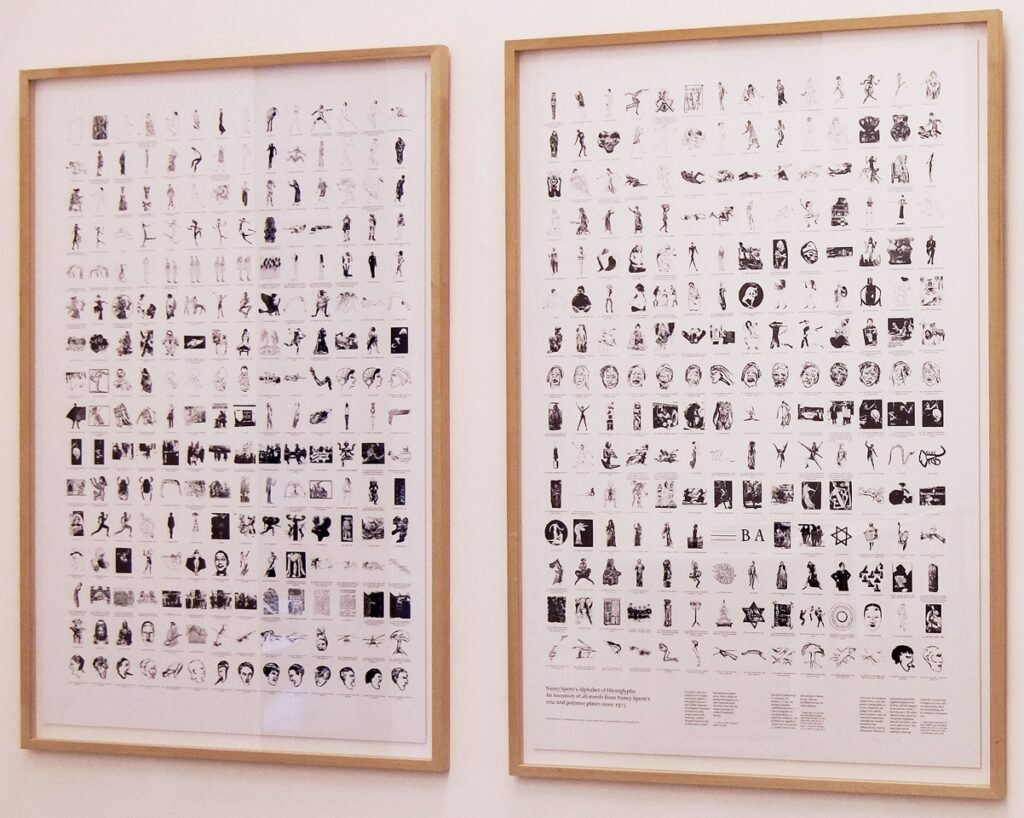 This edition is published by Roma Publications

This is a set of two silkscreen prints with an inventory of all motifs from Nancy Spero’s zinc and polymer plates since 1975.

Nancy Spero was a leading figure in the feminist art movement of the 1960s. In her work, she explored female sexuality, war, male dominance and abuses of power, presenting compelling arguments for tolerance and non-hierarchical society. Spero drew from ancient mythologies and iconography, which she manipulated and incorporated in her drawings and collages.

She developed a pictographic language of body gestures and motion, a bodily hieroglyphics, reconstructing the diversity of representations of women from prehistory to the present. From 1976 through 1979, she researched and worked on Notes in Time on Women, a 50 cm by 64 meter paper scroll. She elaborated and amplified this theme in The First Language, eschewing text altogether in favour of an irregular rhythm of painted, hand-printed, and collaged figures, thus creating her “cast of characters.”

Spero was married to and collaborated with, late artist Leon Golub. She was also a founding member of the first women’s cooperative gallery, A.I.R. (Artists in Residence), in New York in 1972.