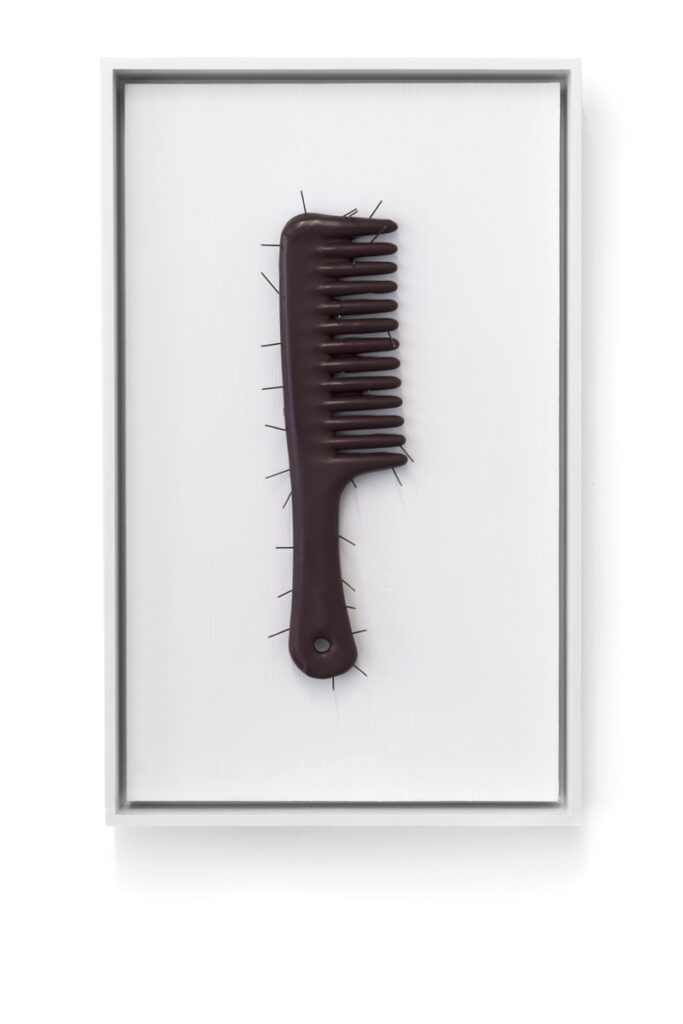 Unique work in a series of 10 variations, signed by the artist

The idea of recyclage is central to Michel François’ practice. If you look at his oeuvre, you see certain ideas, titles, images, materials and shapes reappear again and again over the last 35 years. During a studio visit, when talking about developing an edition, we came across an untitled work from 1991 – a series of wax-coated objects attached to a board by small nails – that was being restored for a collector. Peigne Fin elaborates on this idea of wax-covered forms, and consists of 10 combs from the African Matonge-area in Brussels, each dipped in beeswax and nailed to a plaster-pigmented wooden board.