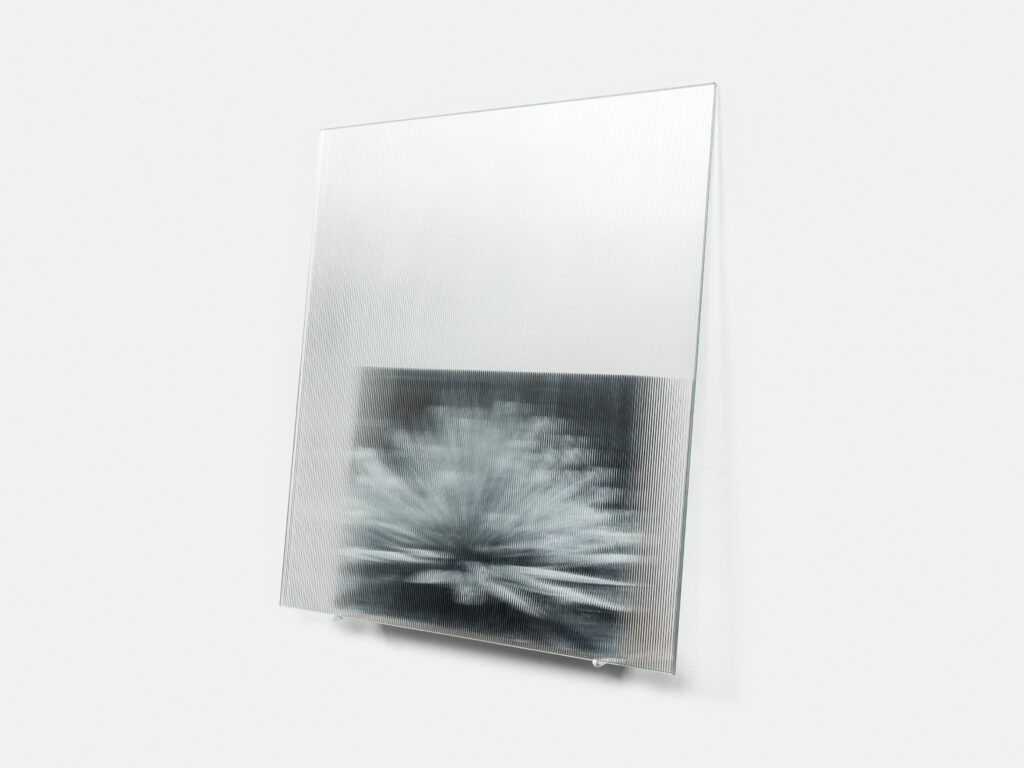 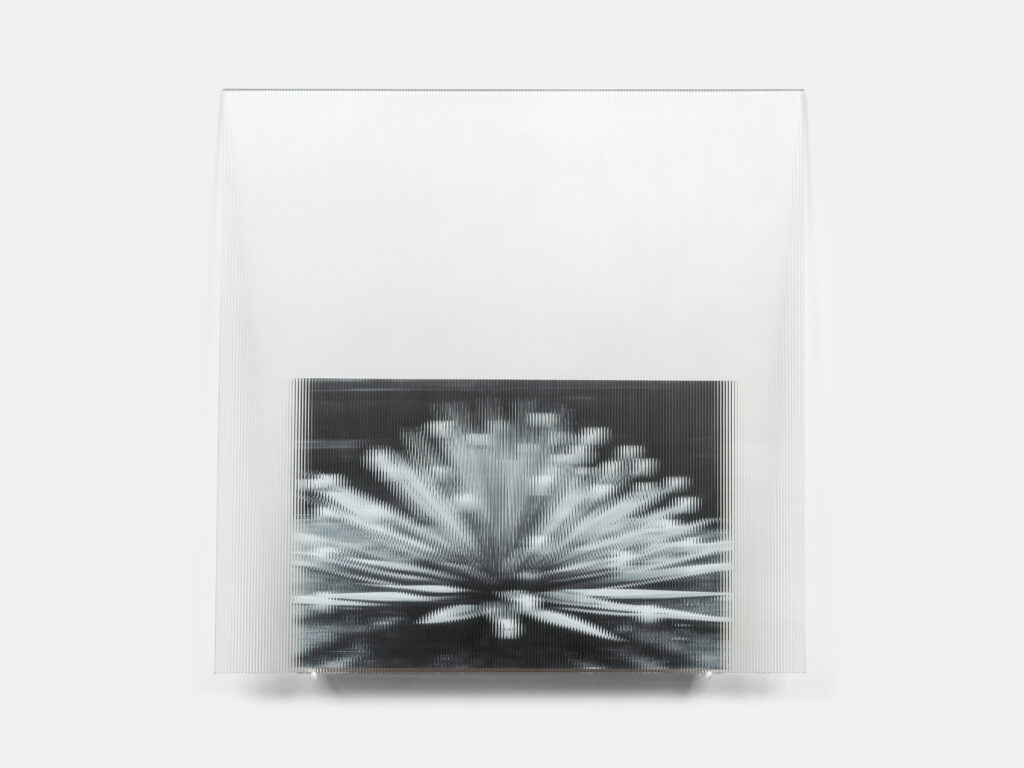 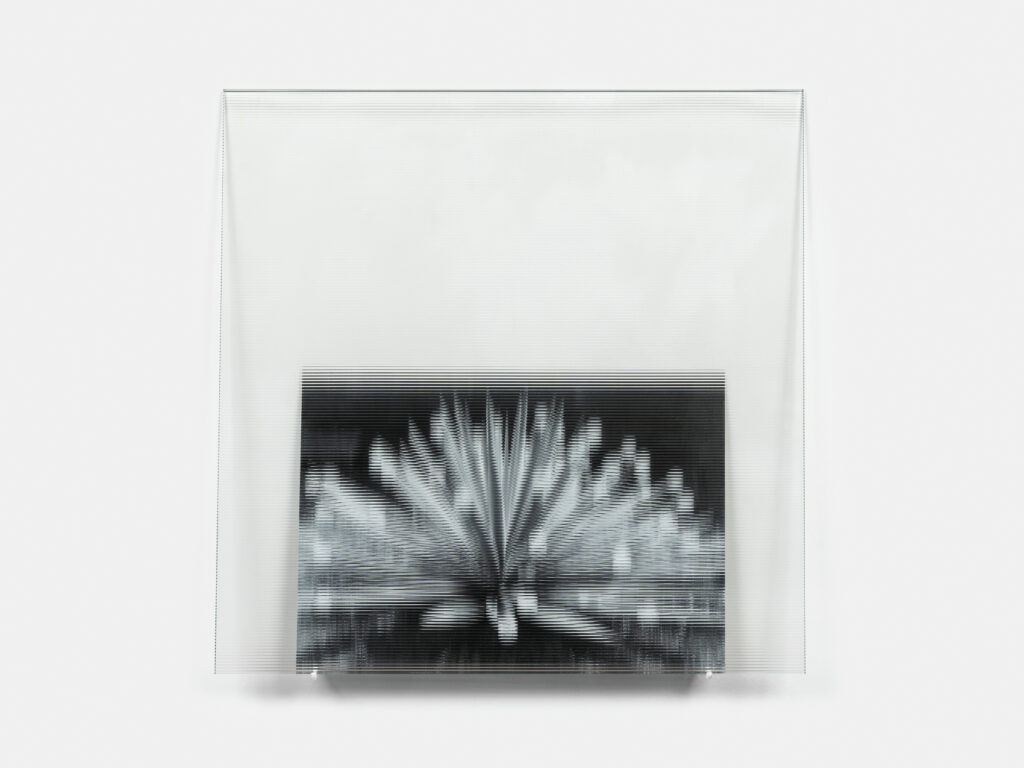 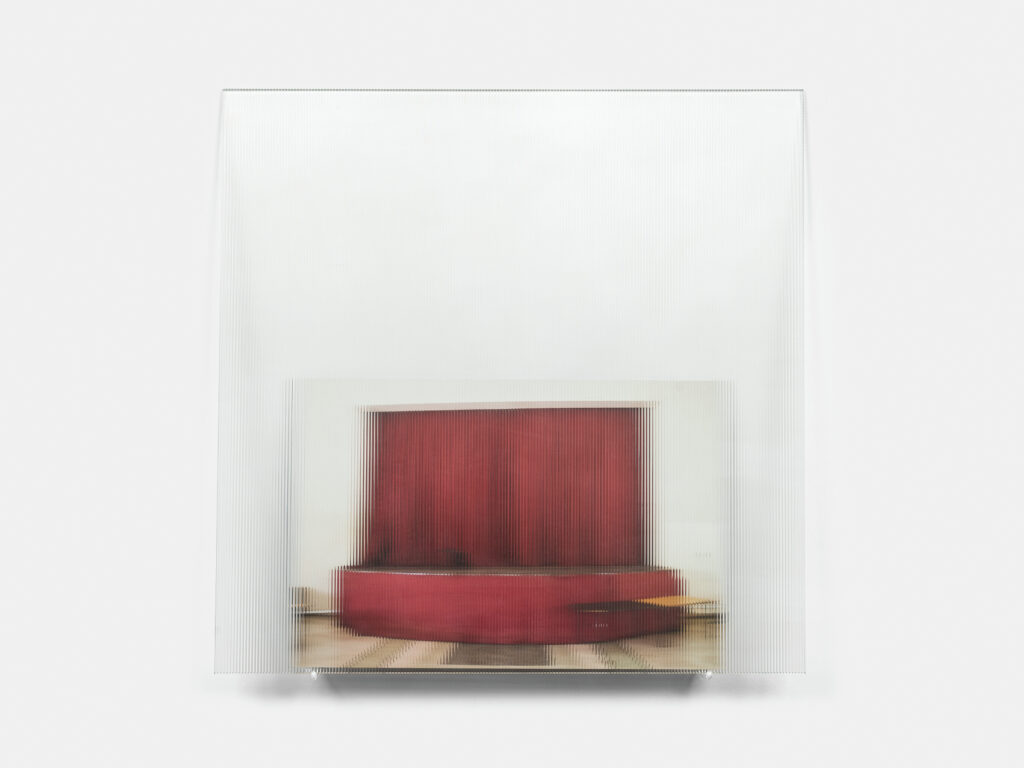 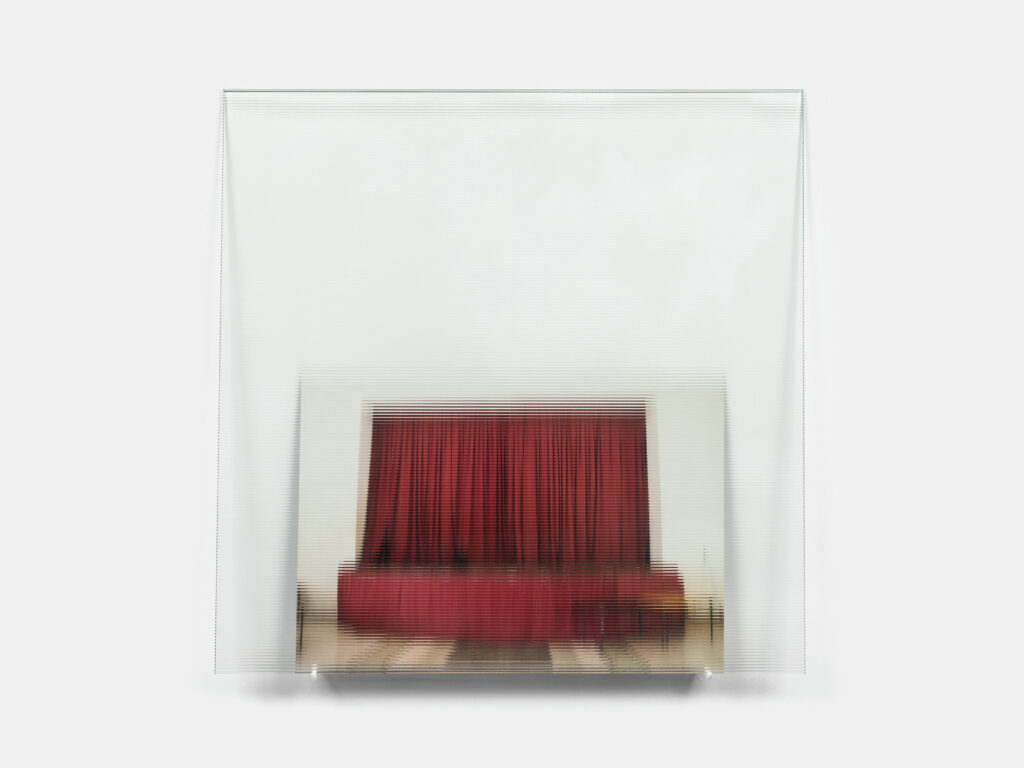 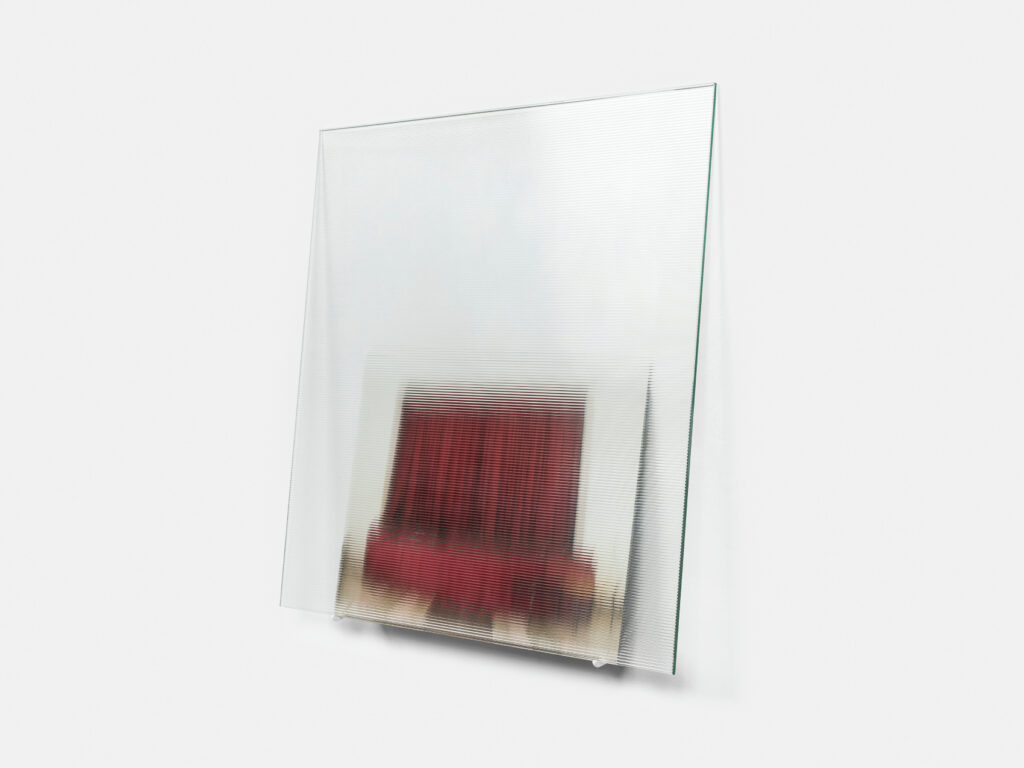 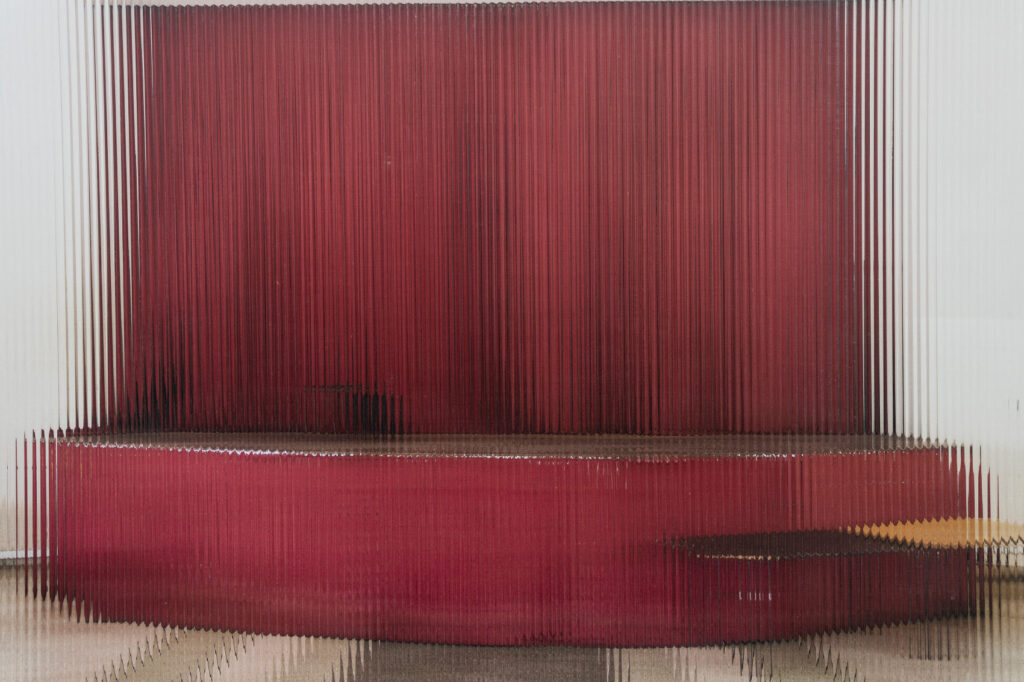 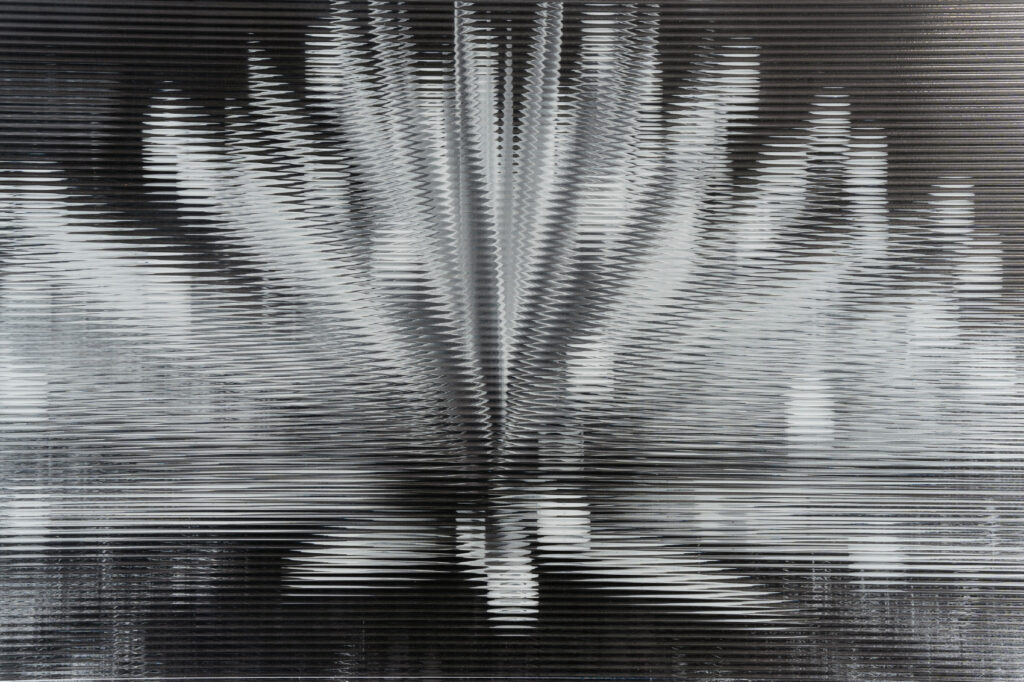 Edition of 15 copies, signed and numbered by the artists on certificate

This edition is published by Zolo Press

Since the mid-1980s, Ann Veronica Janssens is developing an experimental body of work – both visual and sensory – intended to destabilize our perception of space and make light no longer an instrument but an actual subject. Through in situ installations and the use of simple or intangible materials, such as light, sound or artificial fog, and transparent elements such as glass and reflecting elements such as mirrors, the viewer is confronted with the perception of the elusive and a fleeting experience that crosses the threshold of a clear and controlled vision.

Janssens’s works are not attached to any form of monumentality; on the contrary, the means and forms are minimal, at the service of a poetic oeuvre, playing on the boundary between the visible and the invisible.

Other works by Ann Veronica Janssens

Five lines of pink in the air, randomly