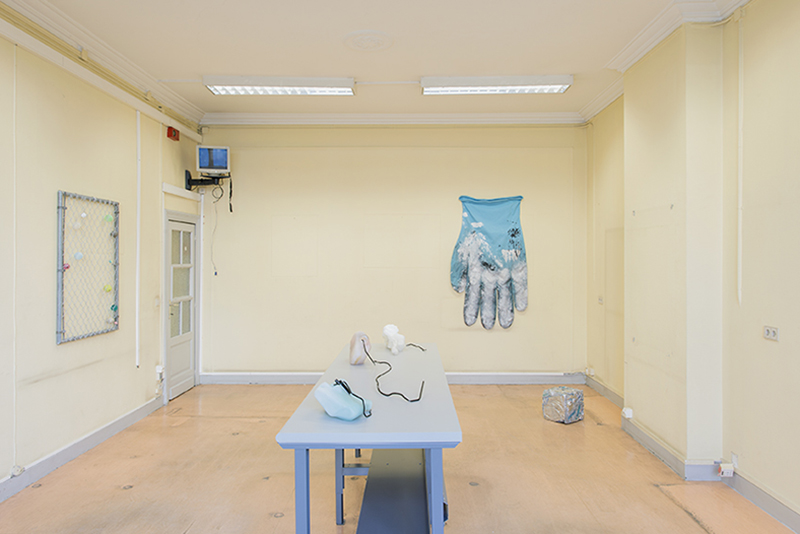 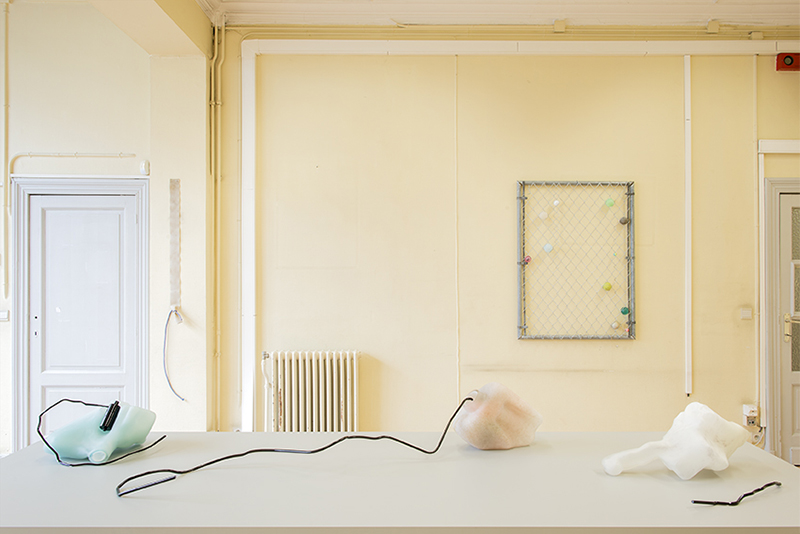 For the fifth year in a row, Brussels based collector Frédéric de Goldschmidt uses the context of Art Brussels to present a part of his private collection. This year however, his plans are more ambitious: right in the middle between Art Brussels and Independent, in a former mental health facility stripped down into a raw space, he is presenting Not Really Really – a group exhibition with works of 75 artists stretching over four floors.

While laying the last hand to the show, Frédéric was so kind to give us a preview of Not Really Really, and tell us his story, even though his several phones never stopped ringing throughout our conversation.

Before talking about the show, let’s maybe start with the beginning… how and why did you start collecting contemporary art?

I started collecting in 2008. I wanted to take a break from work, take a sabbatical, go to see museum exhibitions and enjoy life a bit more. At the same time, I sold a work that I had inherited from my grandmother. She was a collector and so I thought it was nice to use the money from this sale to continue the tradition she started. What I thought would last only a year, has now been going on for eight years. Unfortunately you cannot take a sabbatical forever, so after a year and a half I started working again. Now I have two jobs: I am a film producer with Madeleine Films in Paris, and I manage the collection – and organize exhibitions.

How do you collect? Are you interested in a certain style or medium, or in specific artists, or is your collection based on successive “coups de foudre” with artworks you encounter?

Most of my acquisitions are indeed “coups de foudre”. I think that is because I don’t restrict myself to anything: I am interested in and open to all ages, countries or media. But if you look at my collection, you’ll see that I am attracted to poor materials, to abstraction more than figuration, and to installations more than to painting. I also don’t have that many video works, mostly because I do not have the time and the patience to install them. I like works that do not require too much effort to maintain. That being said, I am interested in unconventional materials, and these are even more difficult to maintain and restore than a classic medium such as painting.

What would you say are some of the key works that define your collection as a whole?

Some of the first works I collected in 2008 were by artists from the sixties, from the Zero group. My first acquisitions were by Zero founders Heinz Mack and Otto Piene, but also from their Dutch counterparts Jan Henderikse and Jan Schoonhoven. I really appreciate the position they took in the art of that era, by taking this very low and minimal approach. Their interest in monochromes and lights, their use of fire and found objects, … It is an aesthetic that I remain very fond of, and that remains present in my collection, as you can see in this show.

Talking about this exhibition… you have an extensive collection, so how did you choose which works to show or not as part of Not Really Really?

My original idea was to make an exhibition with only sculptures, because I think this is the most difficult medium to store and to show. However, this wasn’t interesting enough for an exhibition. But while thinking about the sculptures I collect, I realized that a lot of them are dealing with similar issues: questioning reality and using elements of reality to express something completely different. So the idea behind the show developed into questioning the transformative qualities specific to sculpture and the artists’ visions to transform reality. I made a long list, then Agata Jastrząbek – who is co-curating the show, went through my list and selected other works, and brought in new ideas.

The original list changed, but the most important works remained; like Valérie Snobeck’s Reservoirs with Stains, Dust, and Burns (Wedges and Jams) for example, or Michel François’s salt blocks. This is the very first piece visitors will see when entering the exhibition. It’s a collection of found and appropriated salt blocks farmers install in the fields the let their animals take in enough minerals. These found blocks are shaped by animal tongues. Another important work, the last work in the show, is Jean-François Boclé’s Everything must Go, a sea of toxic blue plastic bags is taking up most of the top floor of the exhibition. The work only lasts for the duration of the show, as every day there need to be 1500 plastic bags added to the presentation.

You are known for supporting young artists. Is this how you see the role of a collector, as a benefactor that aids certain steps in an artist’s practice?

I think that an important aspect of being a collector is not only to preserve what has been done, but also to encourage the creation of new things. And I believe that the best way to encourage creation is early on in the process. Even though it is not always easy, and certainly not efficient from an economic point of view – the results are not always what you’d expect. But encouraging young artists is part of the interest of being involved in contemporary art. I believe being involved in the art scene means more then just looking at works. That is also why I think collecting contemporary art is socially more important than collecting old masters – they can’t add anything to society anymore. 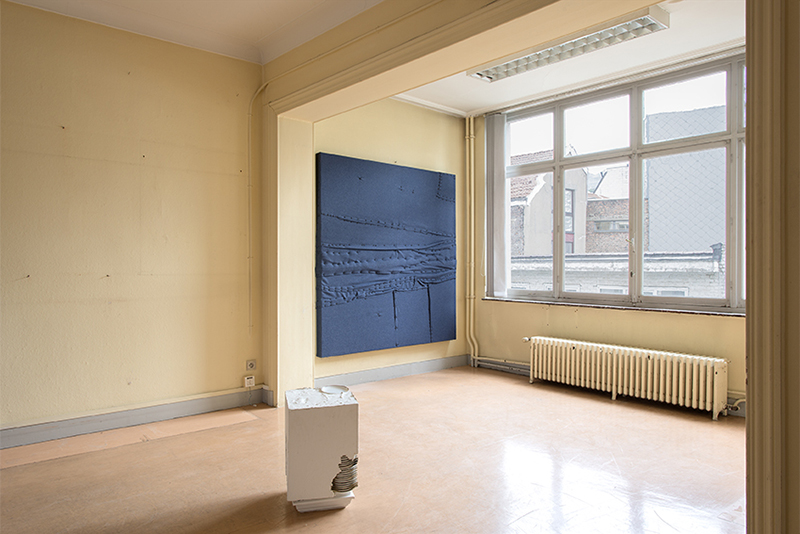 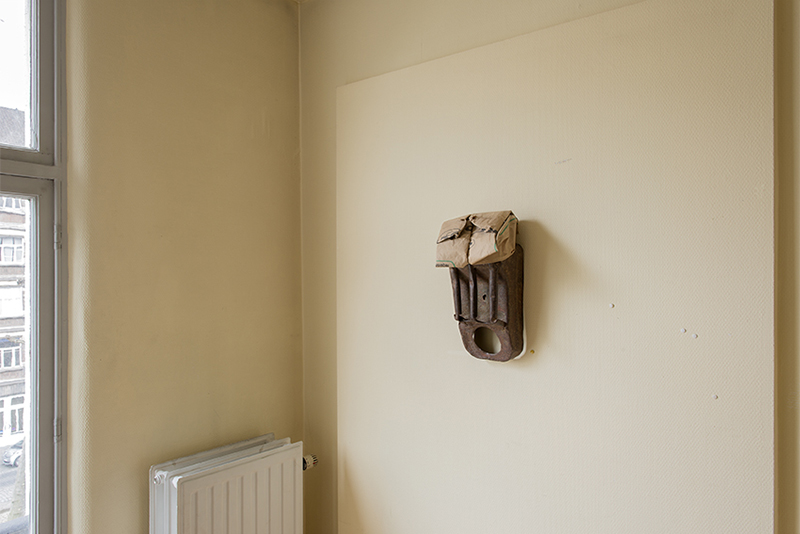 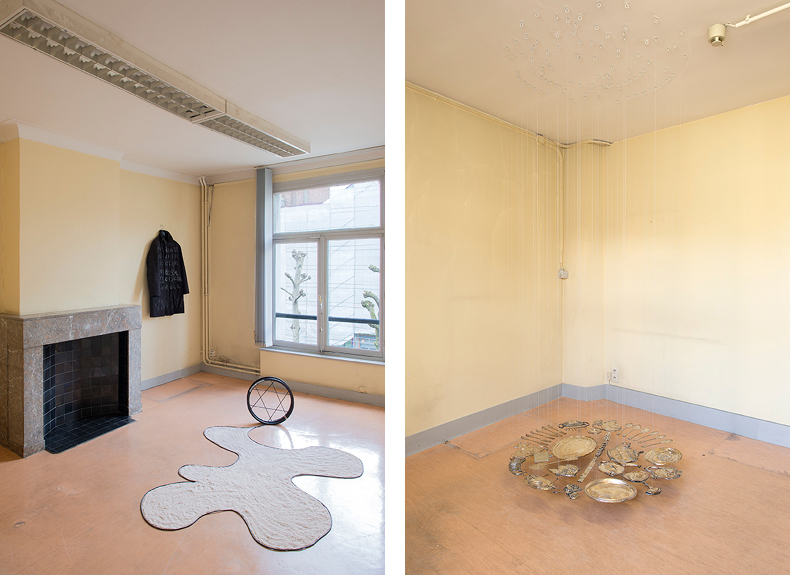 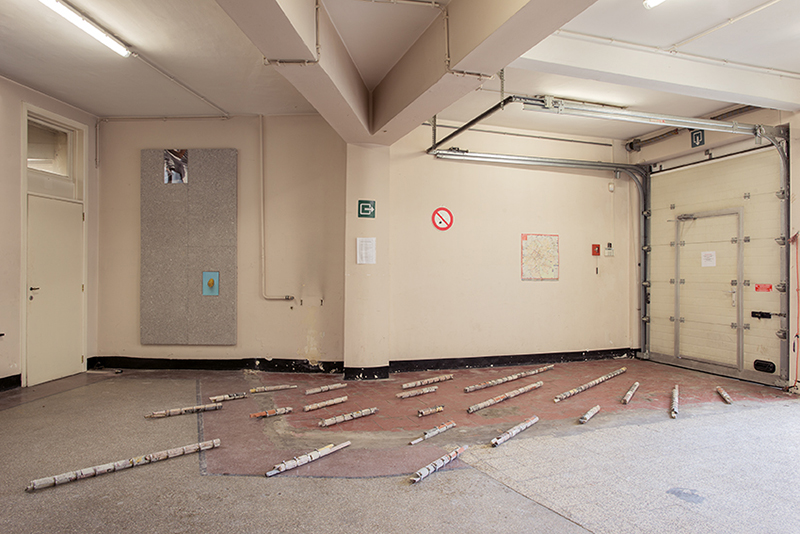 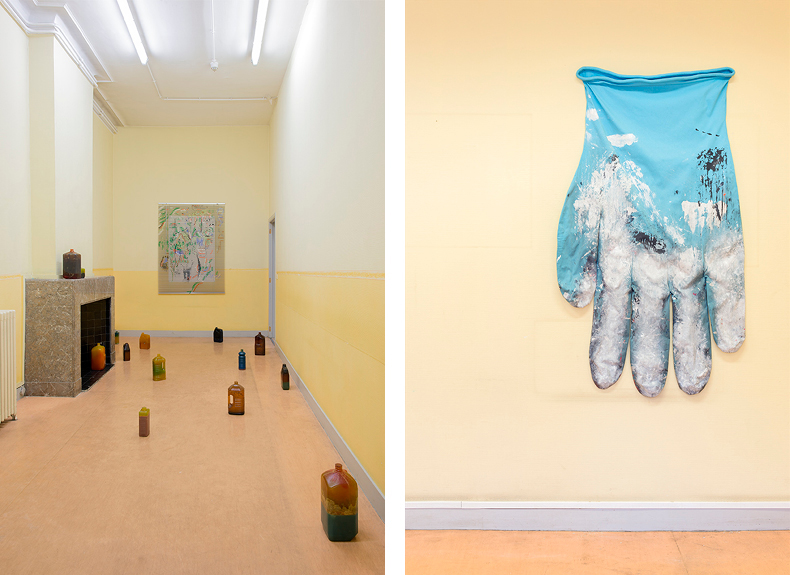 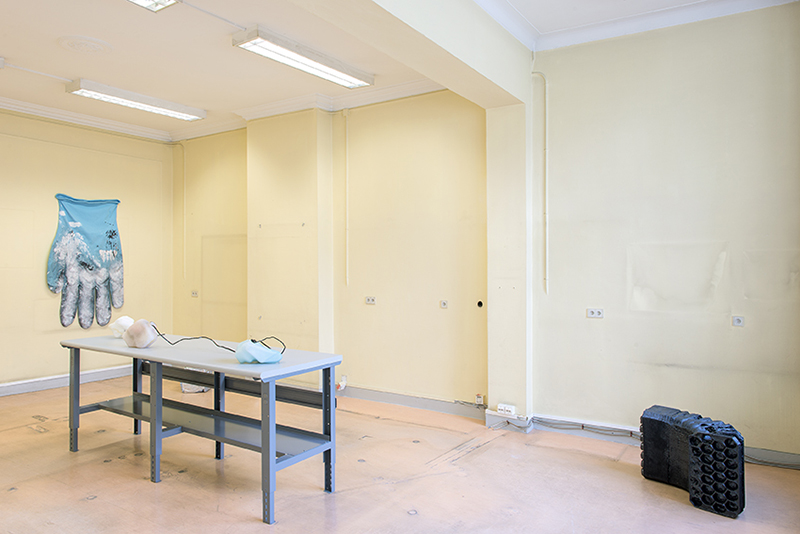 Until June 25th by appointment

All images courtesy of the artists and Frédéric de Goldschmidt Collection