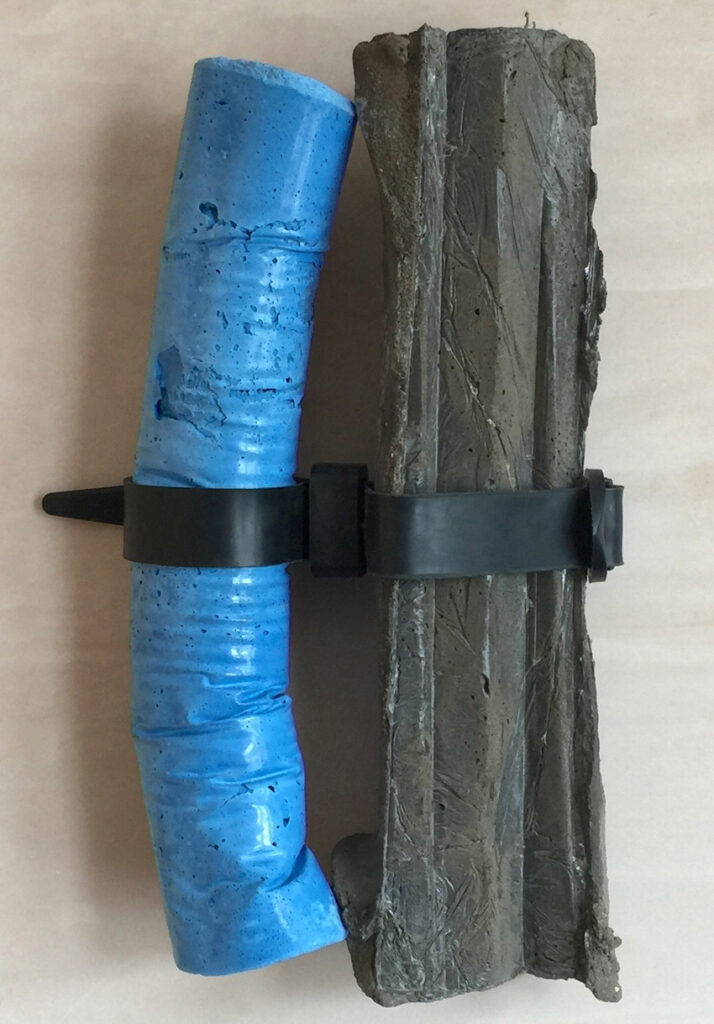 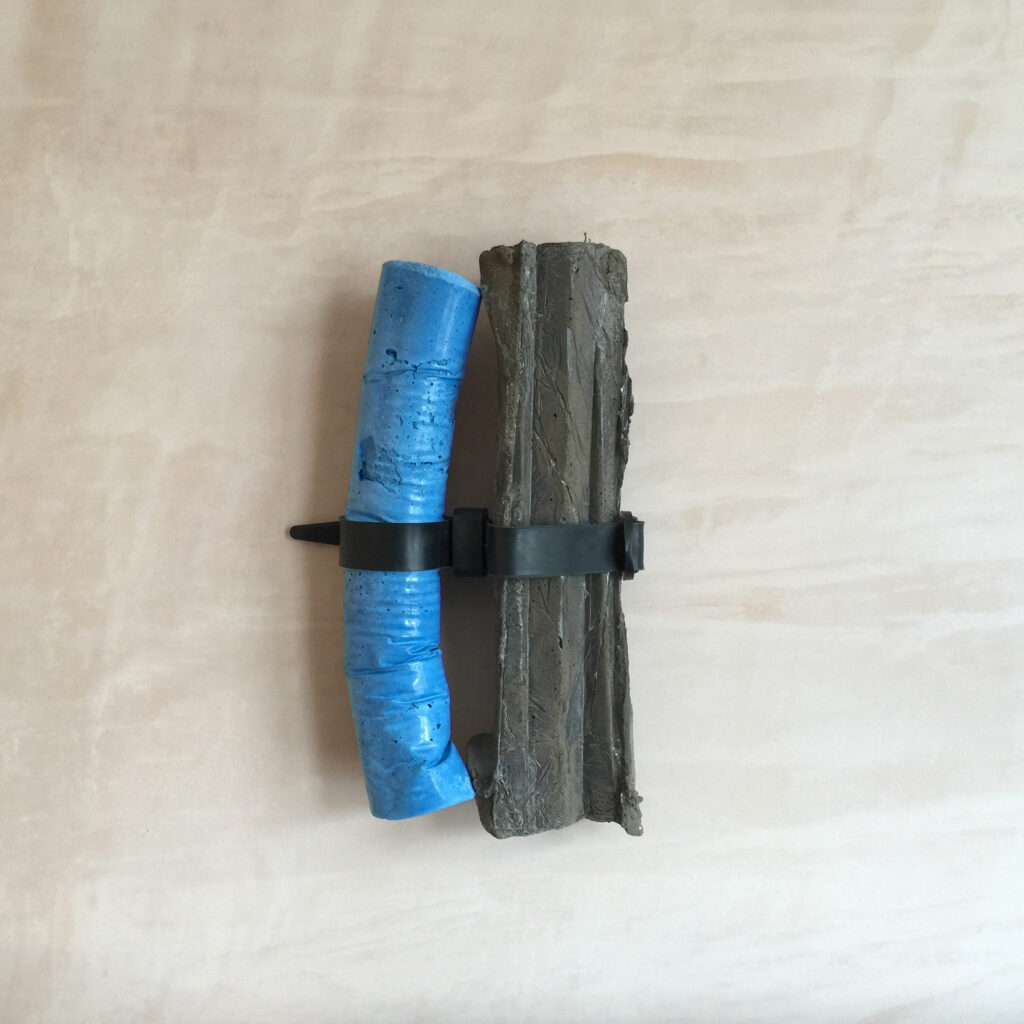 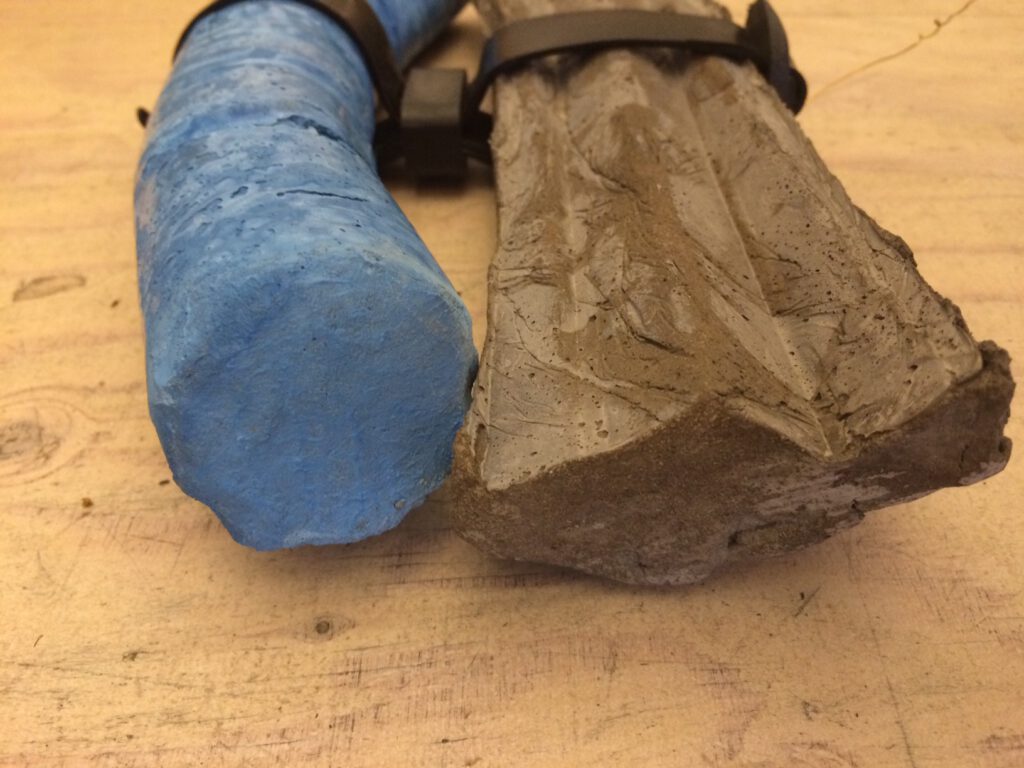 Edition of 3 copies, signed and numbered by the artist on a certificate

Michael Dean works across sculpture, photography, drawing and performance, all of which are rooted in his writing and the publication of his work as text in both exhibition and book form. As a precursor to Dean’s Turner Prize nominated exhibition, Sic Glyphs, 2016 at the South London Gallery, he produced an exclusive and very limited edition sculpture.

Dean’s forms in concrete, naked steel reinforcement (rebar) and other do-it-yourself materials invoke the physical reality of contemporary urban surfaces. Twisted and contorted, propped up or tied down, these apparently abstract ‘glyphs’ are never completely without figurative potential, occupying an indeterminate territory all of their own.

Michael Dean starts his work with writing – which he then gives physical form. He creates moulds and casts of his words, abstracting and distorting them into an alphabet of human-scale shapes, using materials that are instantly recognisable from everyday life such as concrete, steel, soil, sand and corrugated sheet metal.

Dean’s sculptures aren’t intended to be read as recognisable words, but he does want us to see an element of language in their forms – to be able to imagine a word or idea. Parts of his sculptures often resemble the human body: tongues, limbs, eyes, and casts of his family’s fists appear among the forms – directly referring to our bodies as we move through the gallery and around his works.

Michael Dean was nominated for the 2016 Turner Prize. His work is currently on view in Muenster as part of the Skulptur Projekte.

Michael Dean is represented by the following galleries;
click through to discover more of his work.