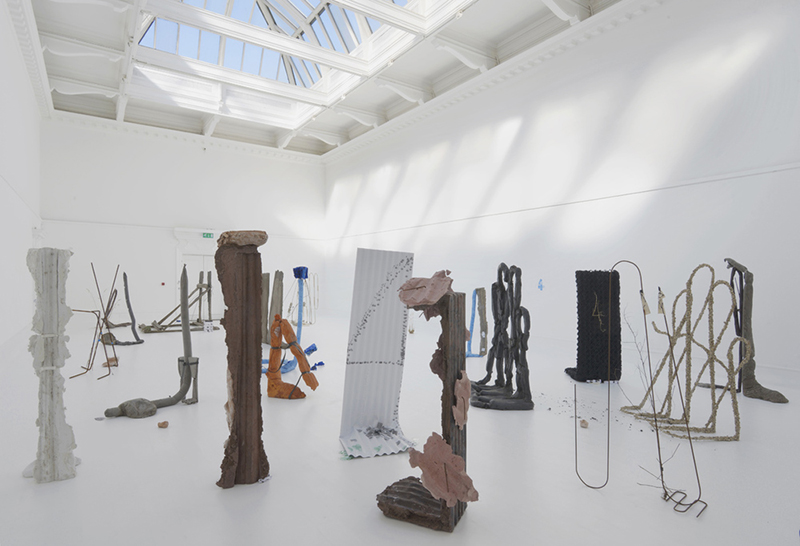 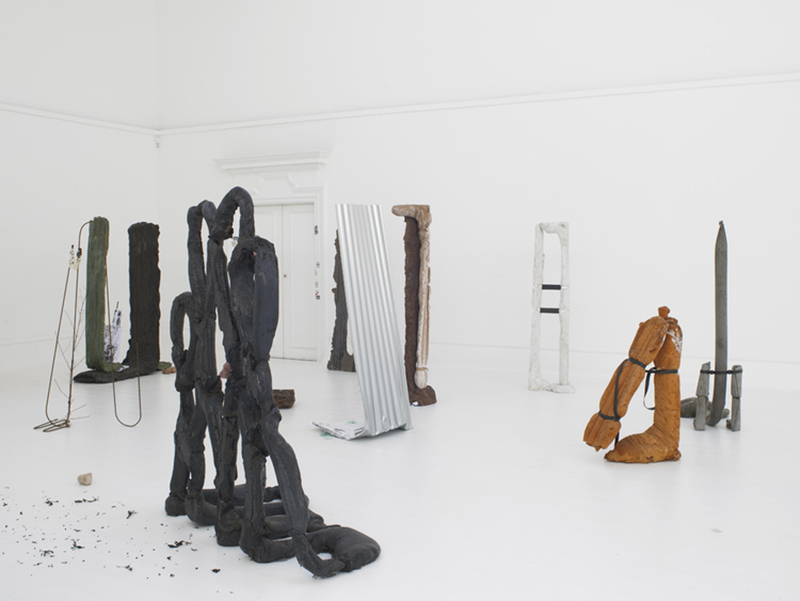 Michael Dean works across sculpture, photography, drawing and performance, all of which are rooted in his writing and the publication of his work as text in both exhibition and bookform. His writing is at the heart of his practice and is the driver behind his transformation of
words into physical objects with meanings as fluid and open-ended as the interpretationswhich others chose to impose on them. He is creating an evolving language based on typographical alphabets, but deliberately declines to offer an accompanying dictionary. Dean’s explicit intention is for it to matter that it’s you who walks in through the door: that you are so much more than the reader of his text.

For his South London Gallery exhibition, Dean immediately challenges visitors to think for themselves, barring the main entrance with a cluster of immovable sculptures which offer
tantalising views onto a new shore of a text, thereby beckoning a search for an alternative way in. The ensuing journey is rewarded by a different encounter with the works, in an intimate experience that centres viewers as protagonists in what the artist describes as a “typographical texty field or a fucking forest of physically abstracted versions of my writing”.

In disarming contrast to the emphatically brilliant expanse of whiteness against which they are set, Dean’s forms in concrete, naked steel reinforcement (rebar) and other do-it-yourself materials invoke the physical reality of contemporary urban surfaces. Twisted and contorted,
propped up or tied down, these apparently abstract ‘glyphs’ are never completely without figurative potential, occupying an indeterminate territory all of their own. Holes drilled through some of the works seem to invite a particular perspective, but could be eyes as much as spy-holes, sinister as much as hilarious, and there is no way of knowing if the casts of the artist’s and his sons’ clenched fists which punctuate the show denote aggression or defence, celebration or defiance. Just as his play on the word ‘shore’ on shutter stickers throughout the show is seemingly unending, Dean’s work is shot through with ambiguity, endlessly oscillate between different ideas, taking viewers in whatever direction they choose but never giving them total free reign or allowing an absolute conclusion. 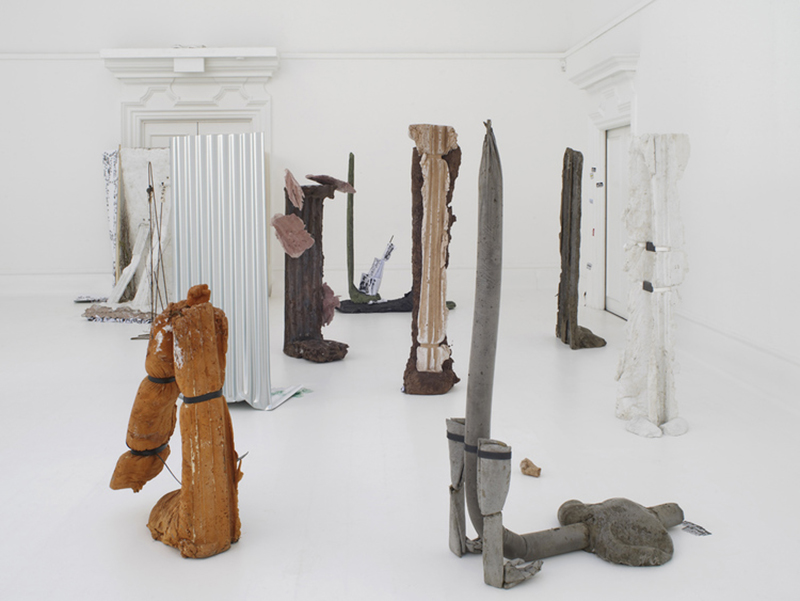 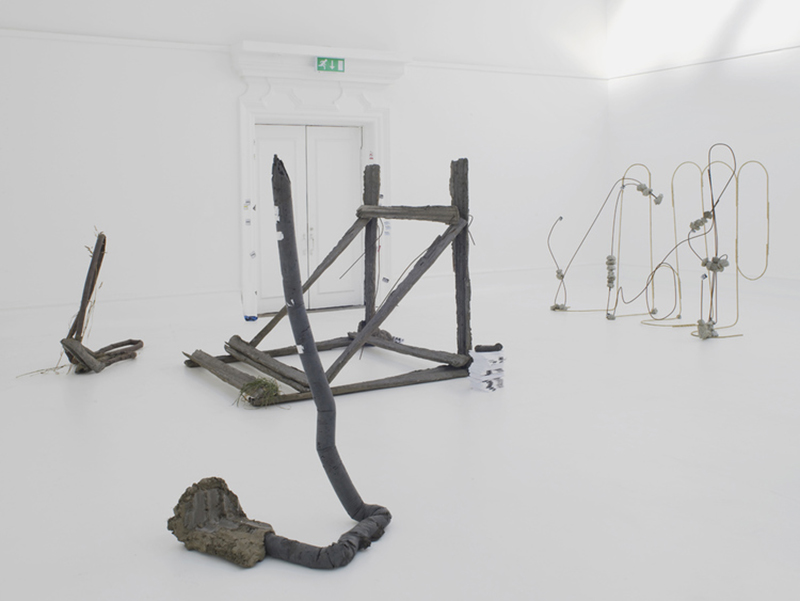 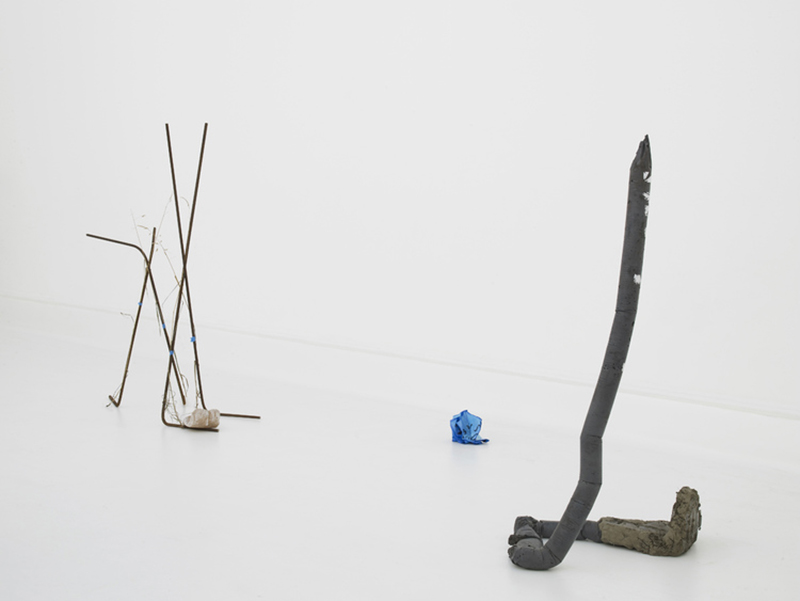 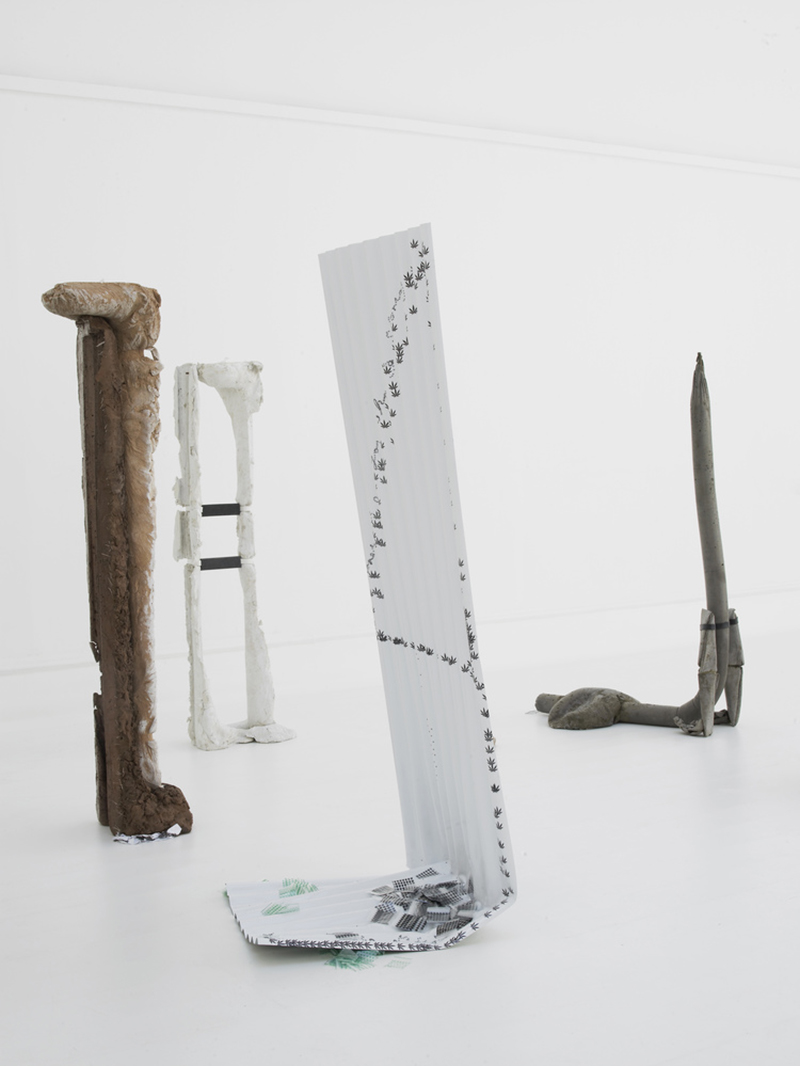 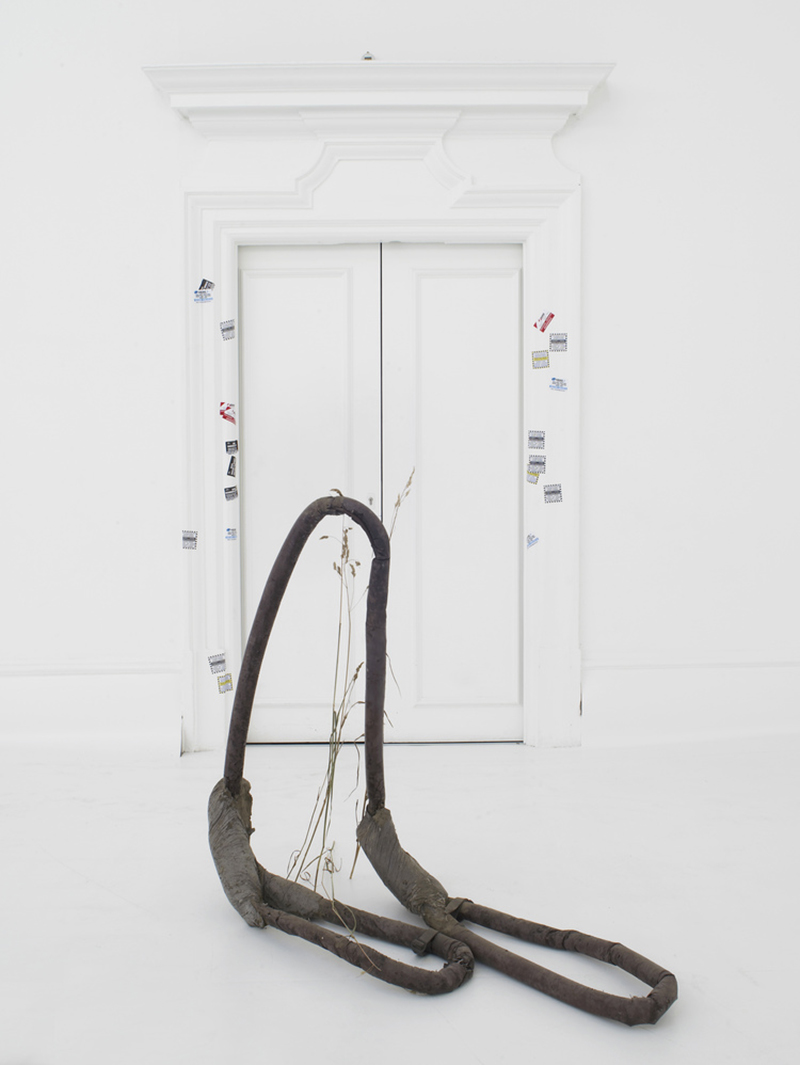