London’s art fair Frieze is opening later this week. With countless international collectors, curators and other art world professionals visiting London for the week, the city’s institutions all open their new exhibitions, marking the beginning of London’s new exhibition season. With so many things happening  around the city, we selected ten exhibitions you shouldn’t miss while in London.

Video still of Peter Wachtler’s Far Out, 2016. Courtesy of the artist and Chisenhale Gallery

Peter Wächtler works across a range of media including sculpture, drawing and animated film, with his writing and prose poems often providing source material. For Wächtler, the introverted experience of labour becomes both his process and his subject. For his exhibition at Chisenhale Gallery, Wächtler presents a film made through traditional cel animation, soundtracked by a rock and roll song. The animation depicts the central subject’s departure along a country road, set against a backdrop of moonlit landscapes. The protagonist’s repetitive stasis invokes an ambiguous relationship with acts of progress or withdrawal, as well as our own misplaced desires.

Donna Huanca’s exhibition is the first performance-led commission at the Zabludowicz Collection, with daily performances from painted models activating a series of new site-responsive architectural and sculptural installations.  Huanca’s work draws attention to the body and in particular the skin, which is simultaneously the surface on which our personhood is inscribed and the surface through which we experience the world around us. Huanca examines conventions of behaviour in our interaction with bodies in space and the invisible histories that are accumulated through those gestures. By exposing the naked body and concealing it under layers of paint, cosmetics and latex, Huanca’s performers confront our instinctive reactions to flesh, which becomes both a familiar, decorative object and an abstract, inaccessible subject. 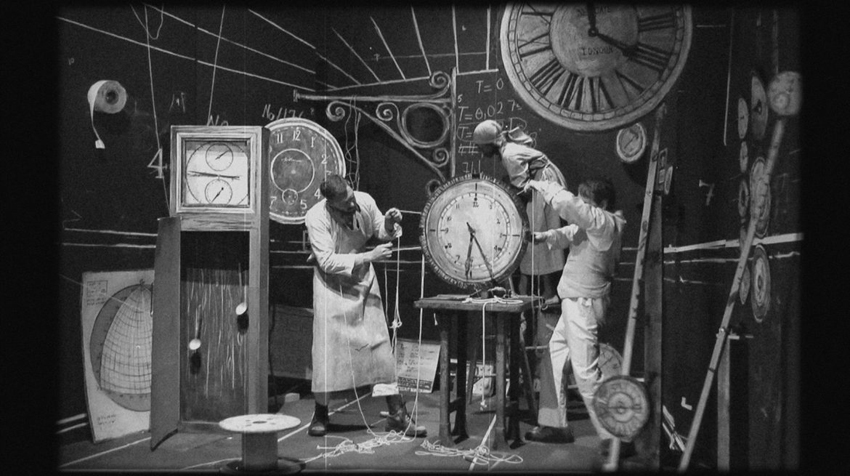 Video still of William Kentridge’s The Refusal of Time, 2012. Courtesy of the artist and Whitechapel Gallery

William Kentridge’s Thick Time at Whitechapel Gallery is the artist’s first major public solo presentation in the UK in over 15 years, and features six works created between 2003 and 2016 – including two of the artist’s immersive audio-visual installations which have never previously been exhibited in the UK. The exhibition features his flip-book film, a series of mural-scale tapestries based on his opera production of Shostakovich’s The Nose and a set model which reveals his working process on the opera production Lulu, which he will direct at English National Opera this November.
Central in the exhibition is The Refusal of Time, an all-enveloping, multi-sensory installation that explores the transformation of time into material objects, sound, images and mechanics. Inspired by a series of conversations between Kentridge and American scientist Peter Galison around theories of time, the work is an extraordinary synthesis of moving images, sound and performance.

In Serpentine Sackler Galleries there’s a major exhibition of new work by Helen Marten, who has been nominated for both the 2016 Turner Prize and the inaugural Hepworth Sculpture Prize. Helen Marten’s Drunk Brown House brings together work never before presented in London with new work in an installation that has been conceived specifically in relation to the Gallery.  Combining sculpture, text and screen-printed paintings, Marten’s practice comprises images and objects, often playing with two and three-dimensionality. Her installations employ visual and linguistic ambiguity in order to explore the potential for misinterpretation and misunderstanding. 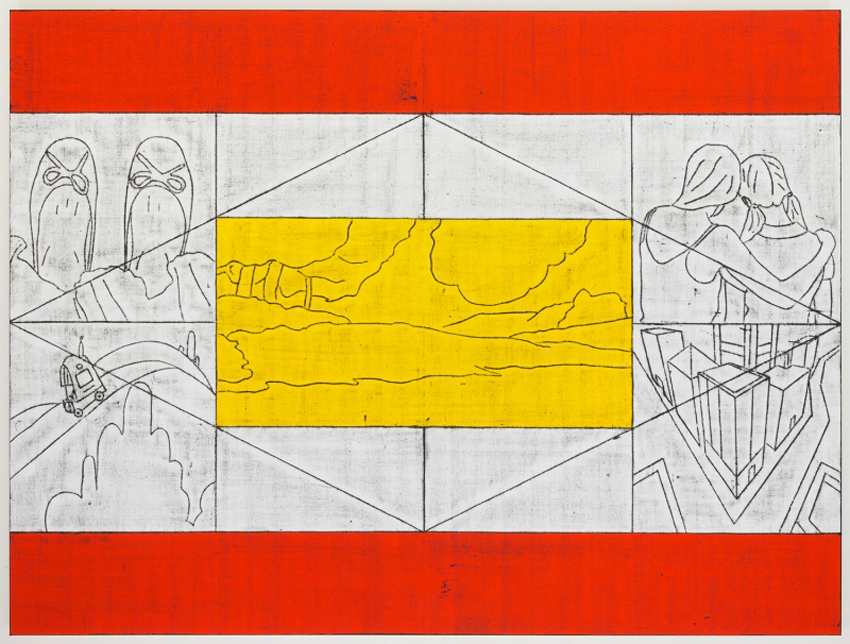 For over 40 years, Matt Mullican has been developing a codified language of symbols and diagrams in an attempt to articulate the complexities of existence and the human condition.
Inspired by Camden Arts Centre’s history as a public library, The Sequence of Things layers Mullican’s multiple methods of categorisation and ordering. Mathematically dividing the architectural spaces, the galleries are laden with his book works, pin-boards, posters, drawings, flags, objects, photography and videos, all depicting his various maps, charts, diagrams and symbols. Together, the plethora of works demonstrates his attempts to find methodology behind the relationships at play in the world around us and its representation.

For the 32nd time, the Turner Prize will be awarded to one of  its four nominees. While the prize is awarded purely on the exhibition or presentation the artist was nominated for, there is a yearly exhibition in which shortlisted artists show their work. This year’s Turner Prize is awarded on 5 December 2016.The 2016 Turner Prize exhibition gathers works by Michael Dean, Anthea Hamilton, Helen Marten and Josephine Pryde.

Michael Dean was nominated for his shows at South London Gallery and De Appel, Amsterdam. His sculptures are a transformation of words into physical objects with meanings as fluid and open-ended as the interpretationswhich others chose to impose on them. He is creating an evolving language based on typographical alphabets, but deliberately declines to offer an accompanying dictionary.Parts of his sculptures often resemble the human body: tongues, limbs, eyes, and casts of his family’s fists appear among the forms – directly referring to our bodies as we move through the gallery and around his works. Anthea Hamilton re-stages the exhibition for which she was nominated at New York’s SculptureCenter, with wallpaper ‘bricks’ covering the walls. She has also made new works specifically for Tate including a floor to ceiling mural of the London sky at 3pm on a sunny day in June. Josephine created new works using domestic kitchen worktops. To make these pieces, Pryde placed objects on the back of the worktops and then exposed them to sunlight in London, Athens and Berlin. The resulting marks are reminiscent of photograms, a cameraless photographic technique developed by early photographers but often associated with experimental 20th century photography. Helen Marten brings together a range of handmade and found objects drawn from daily life and more unusual sources (including cotton buds, coins, shoe soles, limes, marbles, eggs, snooker chalk and snakeskin). Her collage-like gatherings of objects and images have a playful intent, creating poetic visual puzzles that seem to invite us into a game or riddle. Marten’s exhibition space is divided into three sections. Each suggests a workstation or terminal where some unknown human activity has been interrupted. When we encounter her installations, it is as if Marten asks us to become archaeologists of our own times, and to consider familiar items as if we are seeing them for the first time.

Uriel Orlow at The Showroom 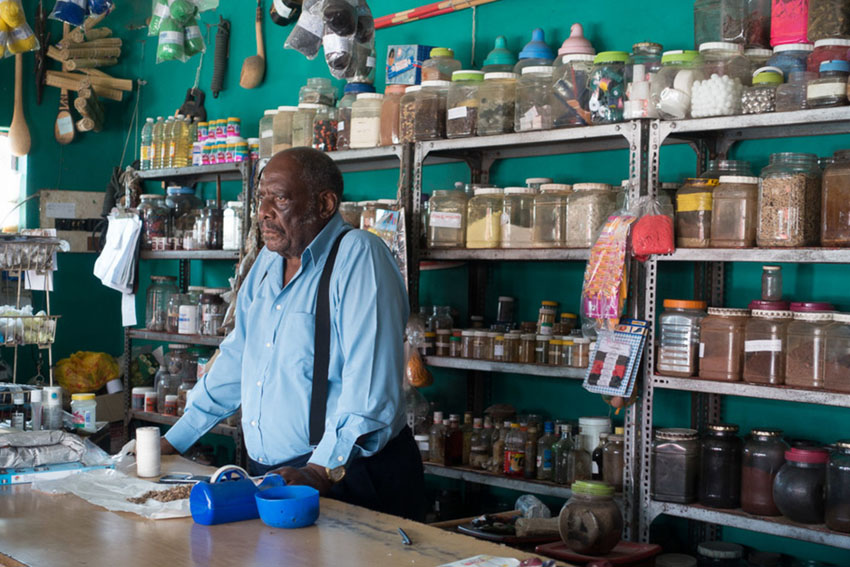 Video still from Uriel Orlow’s The Crown Against Mafavuke, 2016. Courtesy of the artist, The Showroom and LUX, London.

This major new commission by London-based artist Uriel Orlow looks to the botanical world as a stage for politics at large through film, photography, installation and sound. Working from the dual vantage points of South Africa and Europe, the project considers plants as both witnesses and actors in history, and as dynamic agents—linking nature and humans, rural and cosmopolitan medicine, tradition and modernity—across different geographies, histories and systems of knowledge, with a variety of curative, spiritual and economic powers. Central to this is Orlow’s two-screen film The Crown Against Mafavuke, based on a South African trial from 1940. Mafavuke Ngcobo was a traditional herbalist who was accused by the local white medical establishment of “untraditional behaviour.” The film explores the ideological and commercial confrontation between two different yet intertwining medicinal traditions and their uses of plants, with slippages across gender and race further questioning notions of purity and origination. 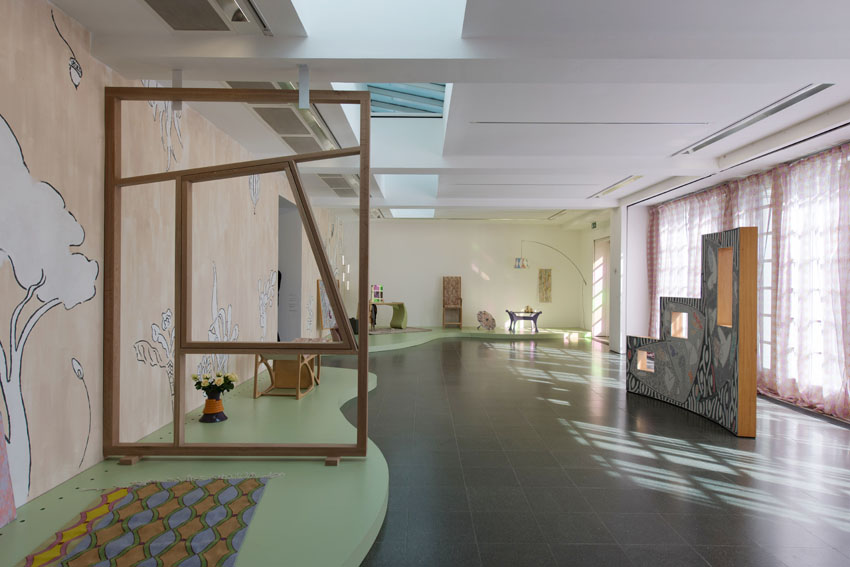 Installation view of Marc Camille Chaimowicz’ An Autumn Lexicon. Courtesy of the artist and Serpentine Gallery. Photograph by Hugo Glendinning

The Serpentine also presents an exhibition by Marc Camille Chaimowicz. Increasingly influential for younger generations of artists, his work explores the space between public and private, design and art, and includes painting, sculpture and photography with prototypes for everyday objects, furnishings and wallpapers. The exhibition An Autumn Lexicon spans Chaimowicz’s career offering a précis of his artistic vocabulary. It draws upon ideas of memory and place in a newly conceived installation that responds to the architecture, natural surroundings and history of the Serpentine which was converted from a 1930s park café to a gallery in 1970. Chaimowicz is also re-staging the pioneering early work Enough Tiranny first presented at the Serpentine Gallery in 1972. 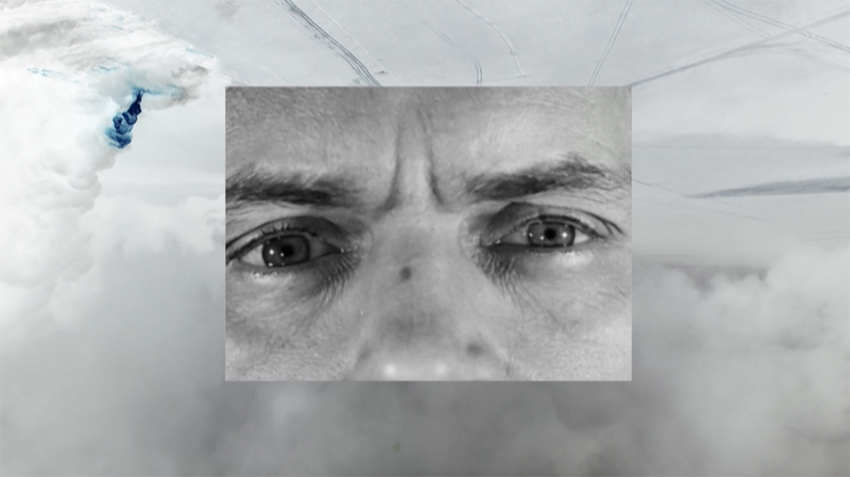 Video still of James Richards’ Radio at Night, 2015. Courtesy of the artist and ICA

In James Richards’ work, images and sounds are merged into highly affective video works that combine footage from a wide range of sources edited into elegant compositions. His recent projects separate these elements out again, allowing space for multi-channel audio installations that combine sound in a way that is physical and spatial. The video works convene materials according to the silent rhythms and movements of the footage they contain. In ICA‘s Requests and Antisongs Richards presents three works which continue an ongoing exploration of the emotive power of appropriated digital video. 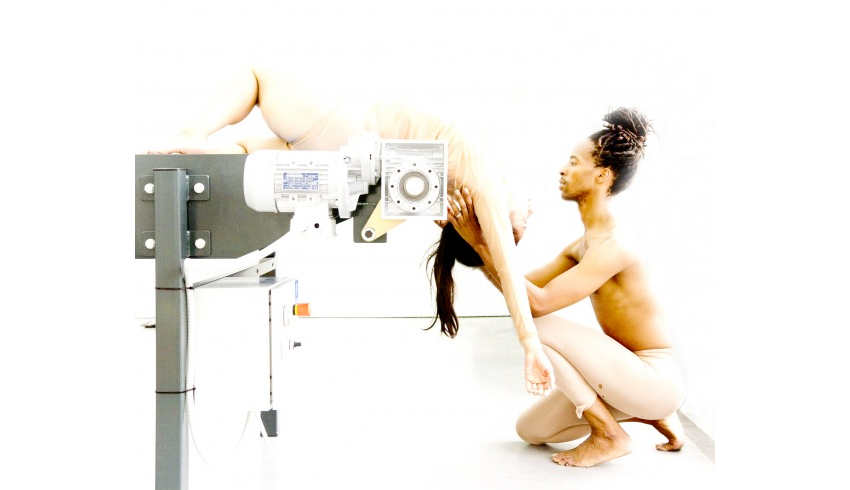 Goshka Macuga – End of Line, 2016. Courtesy the artist and DRAF

This ninth Evening of Performances at David Roberts Art Foundation brings – among others- Roman Ondak’s Insiders (performed for the first time since its original 2007 performance at Kunsthalle St Gallen); Amalia Ulman with a new video essay created for this event, asking the audience “Are you vulnerable? What is valuable?”; an ambitious new durational work by Goshka Macuga that includes two motorised tables, artist-made costumes and two dancers performing an original choreography by Mbulelo Ndabeni on the moving tables; and an actor reading Mark Wallinger’s surreal and humorous text inspired by iconic American artist Bruce Nauman and the vivid experience of stage fright.