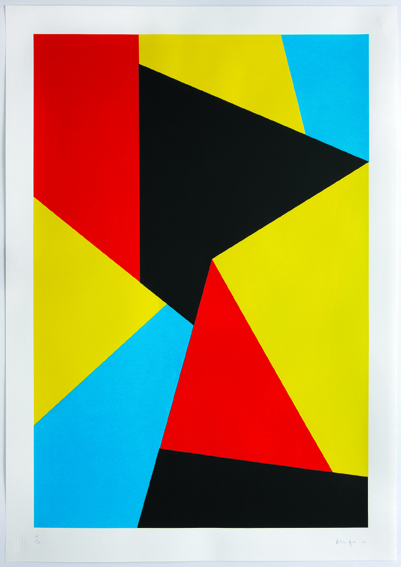 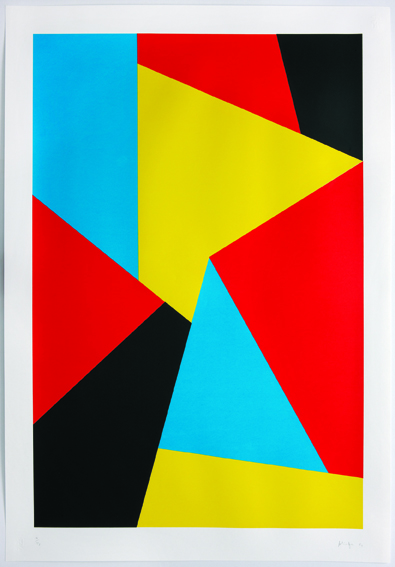 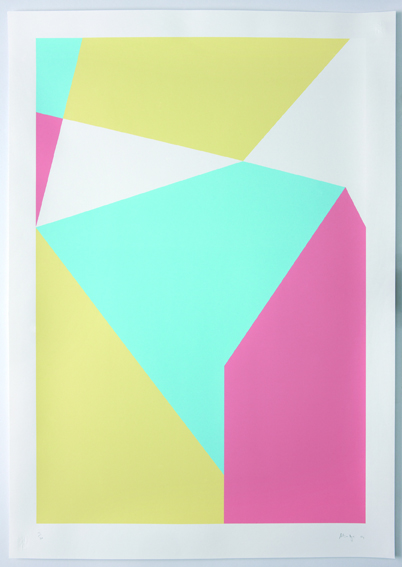 Martin Boyce developed a series of three screen prints that relate to his 2004 exhibition Brushing Against Strange Weeds at the Modern Institute, Glasgow and previous works shown at Tramway, Glasgow.

The first two prints stem from shapes seen in a photograph of four concrete trees created by Joël and Jan Martel for the 1925 Exposition des Arts Décoratifs in Paris. Flattened and translated into strong urban colours reminiscent of industrial signage, in the artist’s words these trees “represent a perfect collapse of architecture and nature”. The third print, We Are Resistant, We Dry Out in the Sun references Boyce’s installation at Galerie Eva Presenhuber, Zurich and is based on two interlocking swimming pool parasols, which have faded in the sun.

Prints from this series can be purchased individually, but are also offered as a set at a more attractive price.

Martin Boyce works across a range of media including sculpture, installation and photography as well as wall paintings and fictional text. At the core of his work is an exploration of modernist design and specifically how time has affected our understanding of design objects.

In an early work for example; he deconstructed two modernist objects by the iconic designers Charles and Ray Eames, making the leg splint into a tribal mask and the L-bar into a spear. In works such as this, Boyce compares the culture in which the objects were originally produced, in this case, the optimism surrounding the post-war boom in manufacturing, to their position today as collectable art objects.

Boyce’s interest in modernist design was reinforced when he discovered a photograph of the concrete trees created by the sculptors Joël and Jan Martel for the 1925 Parisian Exhibition of Decorative Arts. This marks the departure point for his recent work. From the Martels’ decidedly cubist-inspired interpretation of nature, Boyce devised his own grid-based vocabulary of geometric shapes that he has since used as a basis for all aspects of his art. He also created his own font of angular letters, which has allowed Boyce to develop his interest in language and narrative.

Other works by Martin Boyce

We Are Resistant, We Dry Out in the Sun

Our highlights of Frieze Art Fair 2016