Our highlights of Frieze Art Fair 2016 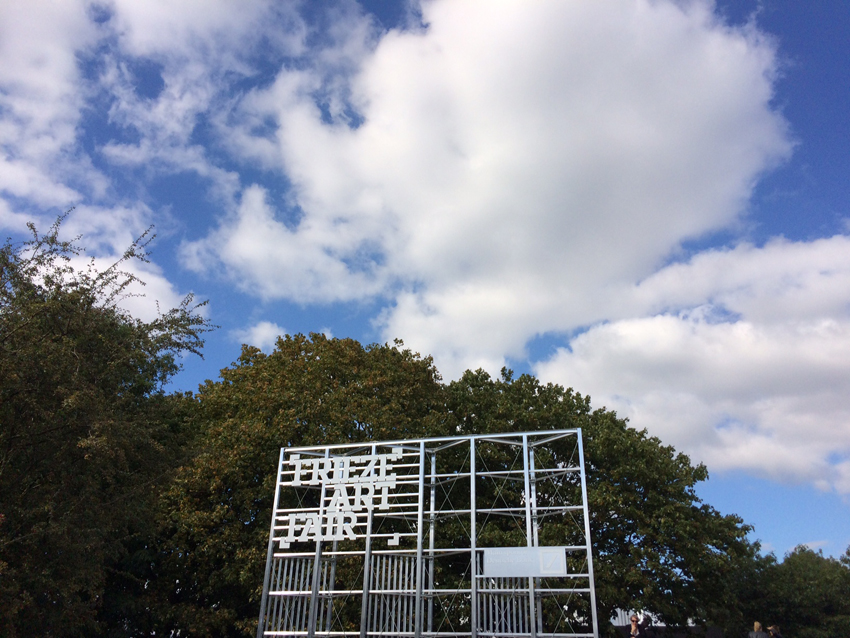 The 14th edition of the London Frieze Art Fair brings together over 160 of the world’s leading galleries showcasing works by newly discovered artists alongside some of the most respected names in contemporary art. Frieze takes place a week earlier this year, running from 6 to 9 October – so tomorrow Thursday Frieze opens to the public. We scouted the preview, and here are some of the standout pieces and booths.

Throughout the English Gardens of The Regent’s Park iconic works by 20th-century masters and new commissions by contemporary talents are scattered. 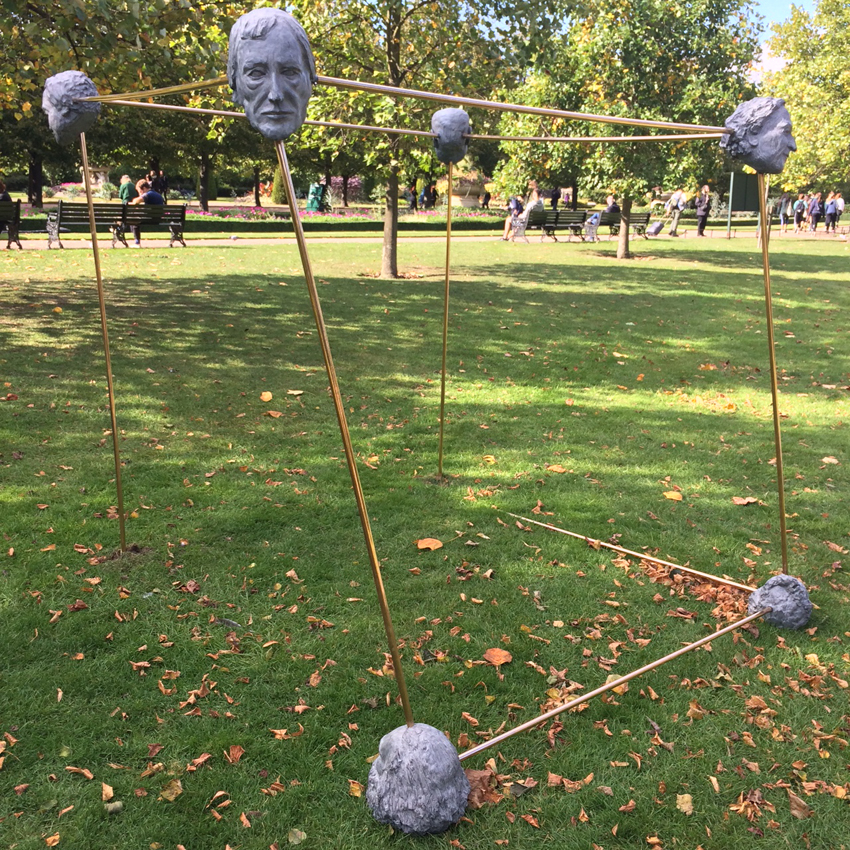 Within the fair, there is an interesting new section: The Nineties. Selected by Geneva-based curator Nicolas Trembley, galleries revisit seminal exhibitions from the 1990s, highlighting key collaborations between deal-
ers and artists that have had a lasting impact on contemporary art. 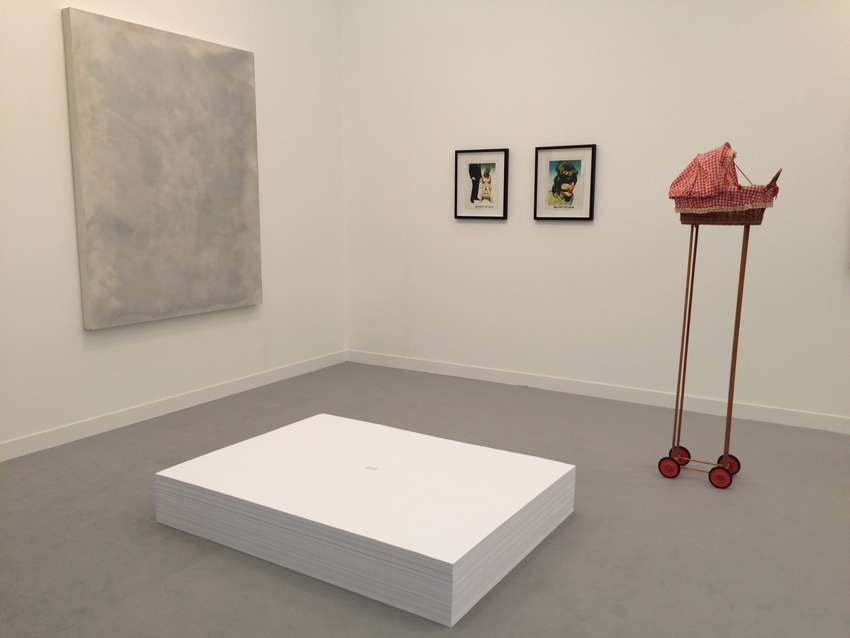 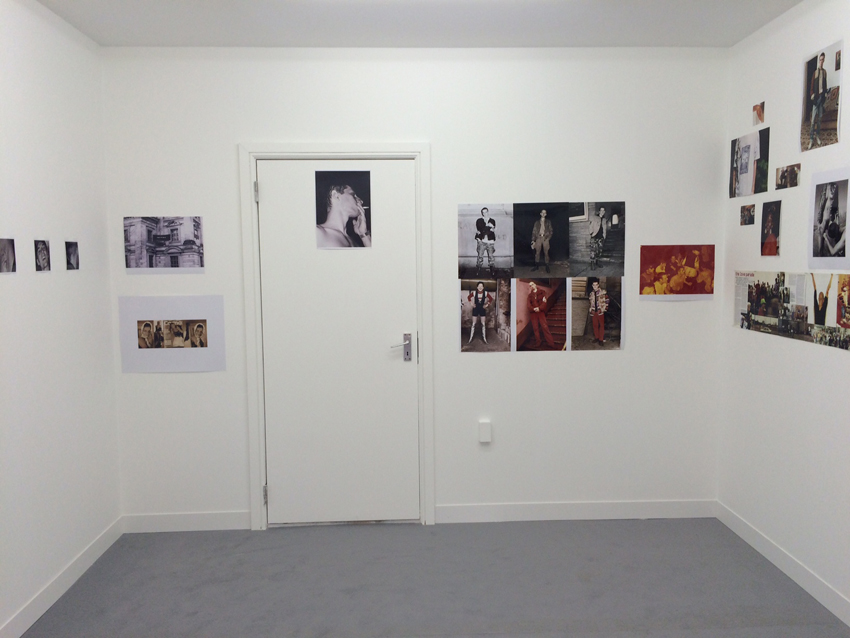 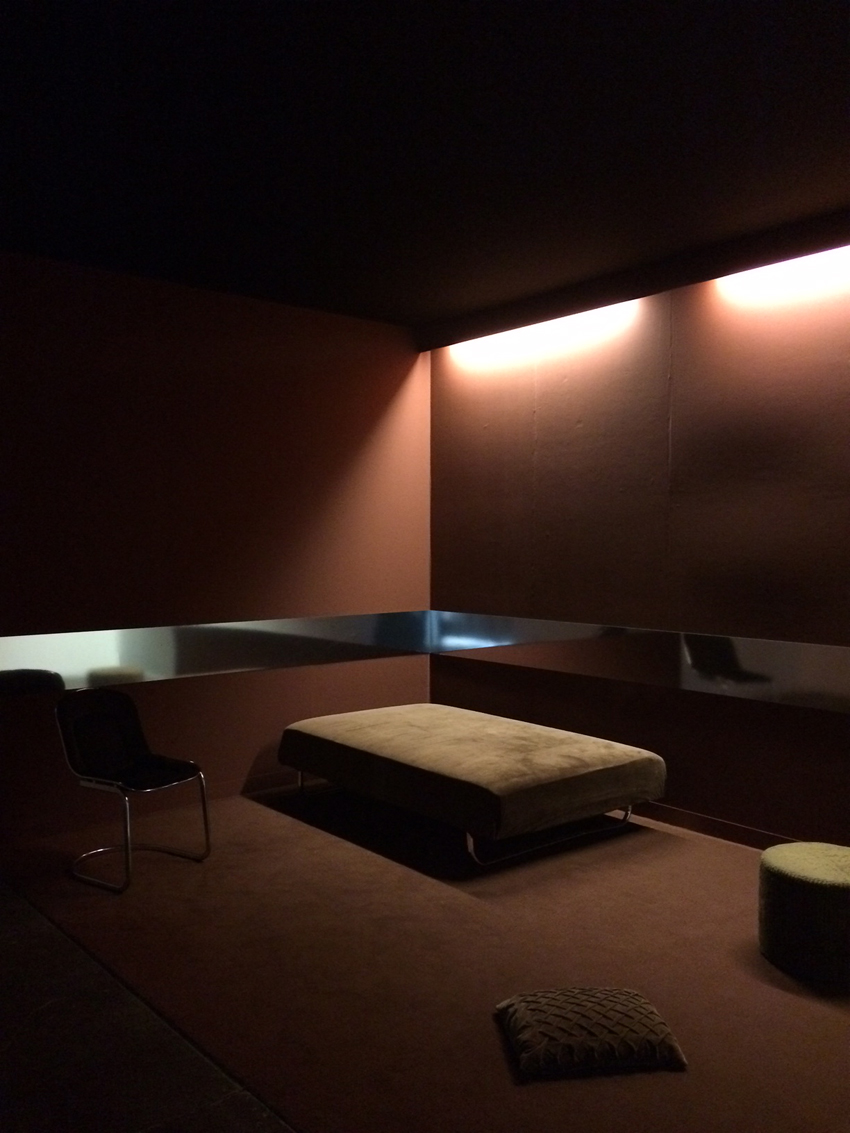 The Focus section is the definitive destination to discover emerging talents from Berlin to Shanghai, featuring 36 galleries all under 12 years of age. 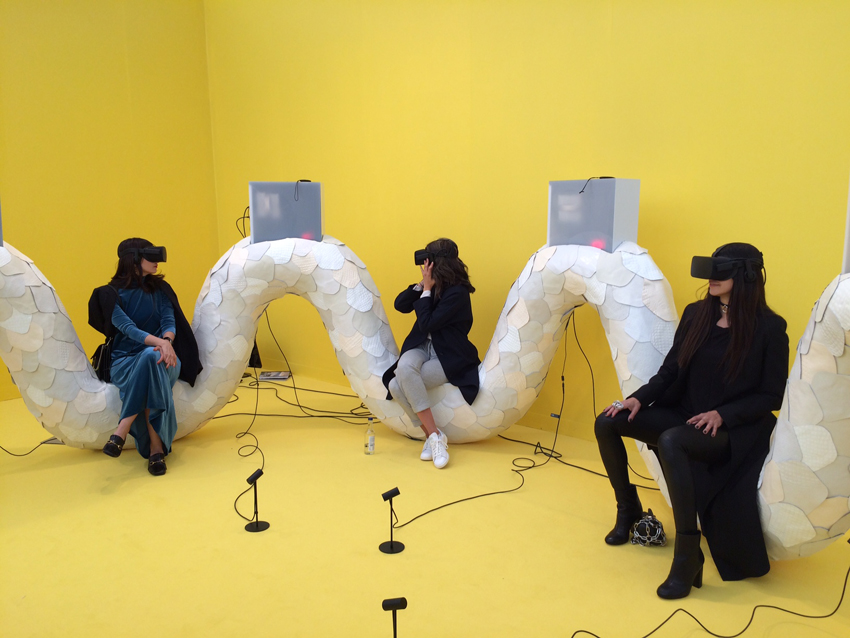 Seventeen Gallery presents an amazing new virtual reality work by Jon Rafman. As with his other VR works, you start your virtual journey at the location you put on the Ocolus rift set – seated on a gigantic snake eating its own tail, in the midst of Frieze – but you quickly end up somewhere else entirely. We predict long queues throughout the weekend. Booth G24 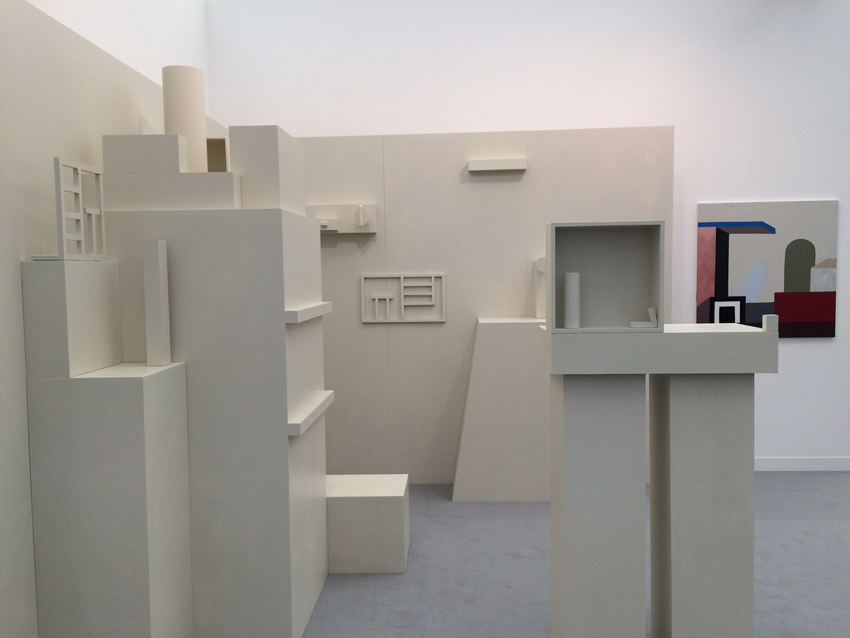 Berlin’s Exile is presenting  a specifically created room environment by Nathalie Du Pasquier. This room, entitled White model for a big still life, consisting of various sculptural and architectural elements, blurs the lines between environment, architecture, painting and installation by creating a monochrome space that functions, in a sense, like the artist’s own creative mindscape. Booth H30 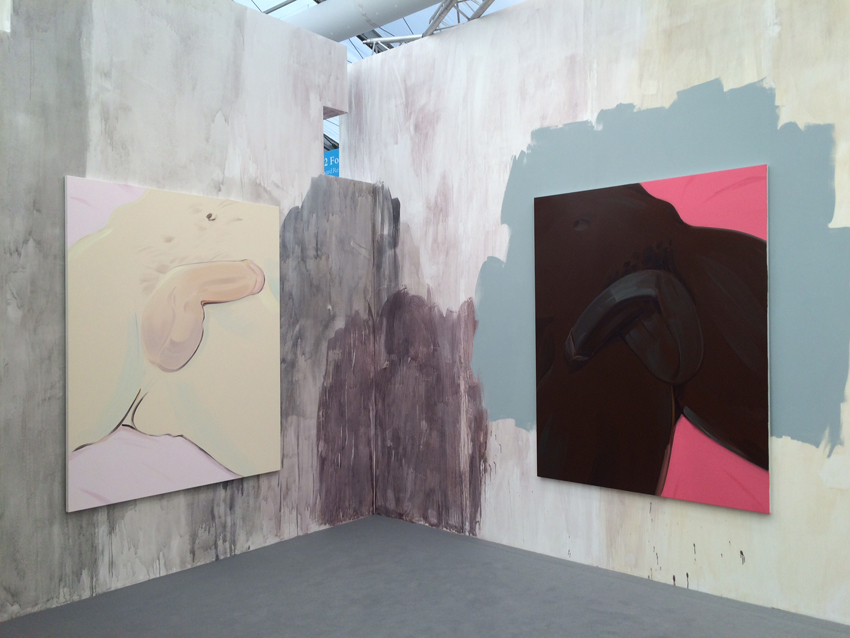 Southard Reid is bringing a solo presentation of Celia Hempton. Hempton is known for her intimate paintings of cropped erections and vaginas captured on the Internet as well as during sittings. Booth G22 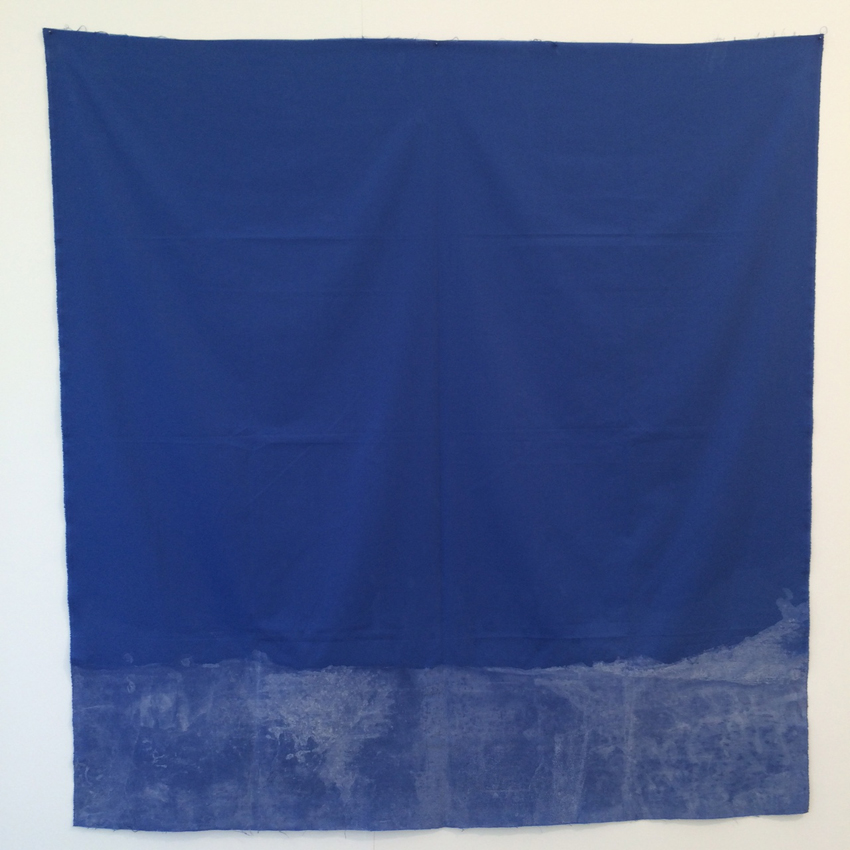 At the beginning of 2016, Renato Leotta spent a few months in a residency in Favignana, one of the Egadi islands in Sicily, where he developed a new project related again to the Mediterranean landscape and the sea. Galleria Fonti from Napels now presents a selection of these beautiful works at Frieze. Booth G17

The galleries in the main section often present a large selection of works from different artists in their gallery’s roster. Here are some works and booths that caught our eye. 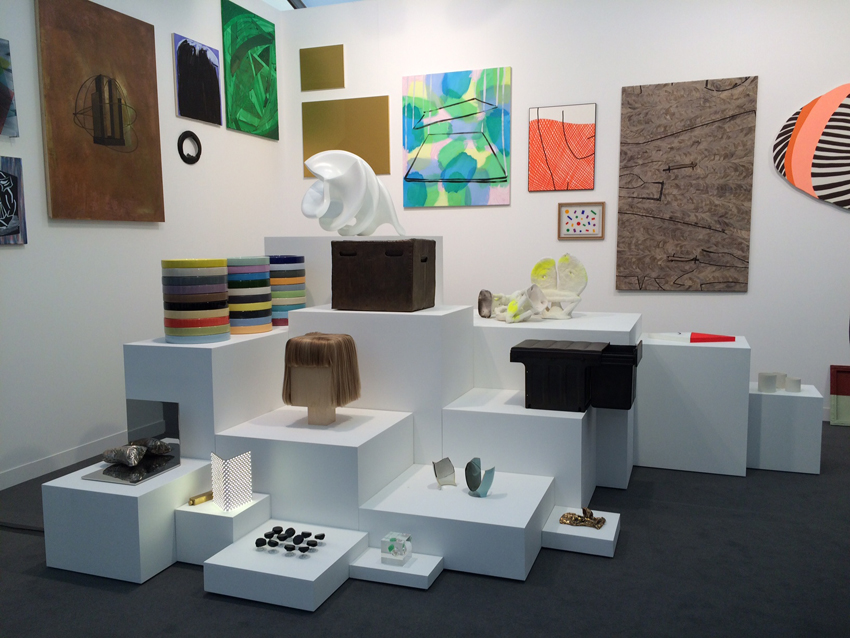 A joint booth from Limoncello and Taro Nasu, for which Ryan Gander has selected works – which could be described as abstract – from each gallery’s available stock of works. The selection was entirely random, made using a pair of dice. Booth B13 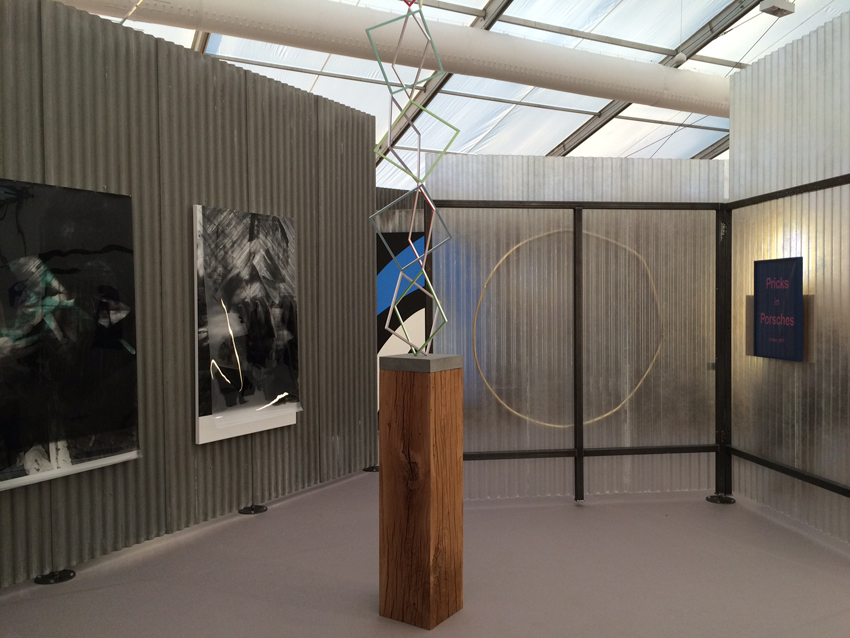 The best scenography of Frieze 2016 definitely goes to The Modern Institute. Artist Martin Boyce drew out their booth, using pieces from his installation that was part of Glasgow International. Pictured here with works by Scott Myles, Eva Rothschild and Jeremy Deller. BoothD4 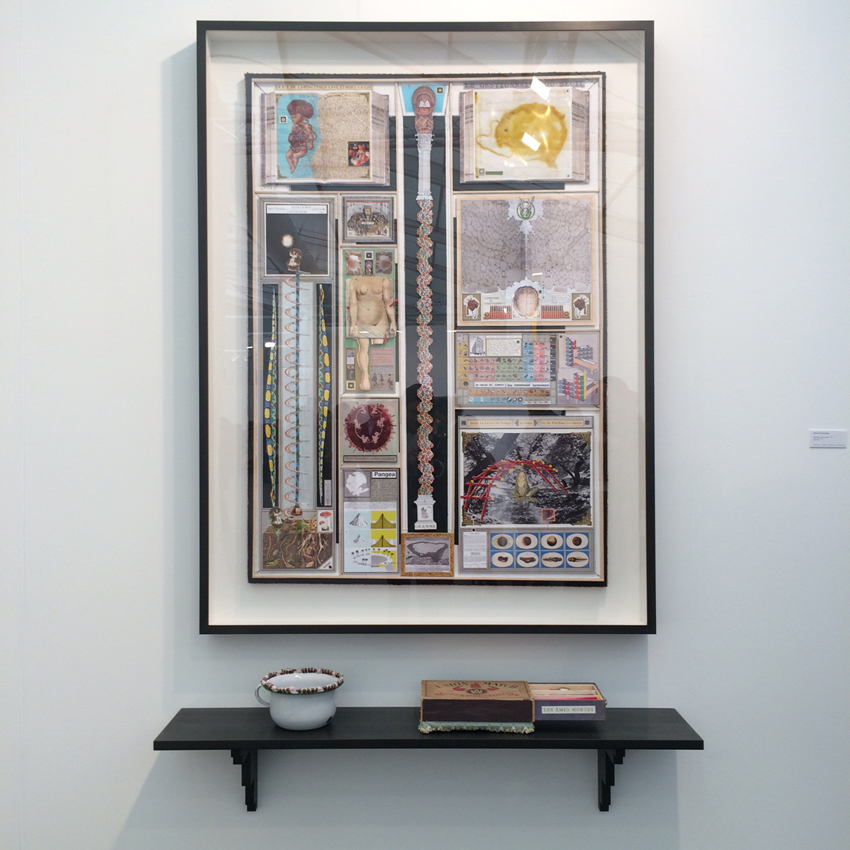 We thought this Patrick Van Caeckenbergh is one of the most interesting works on the fair. Go see it at Zeno X. Booth F7 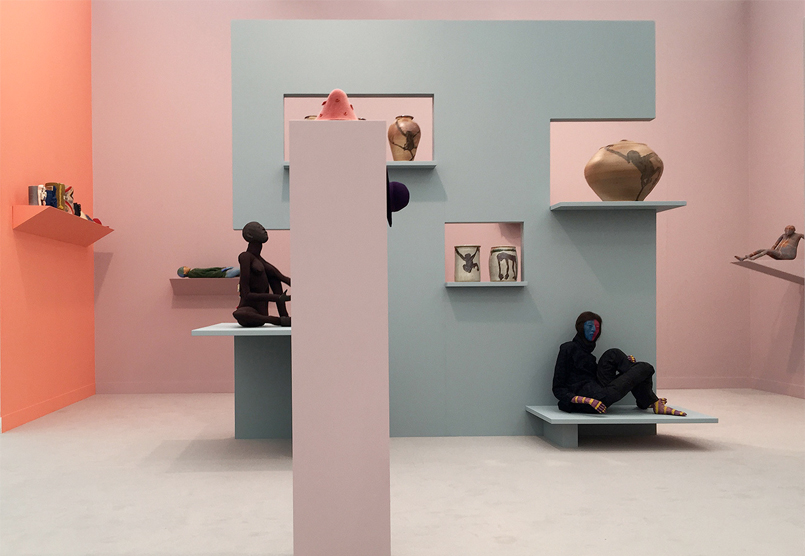 In her pink and pastel hued solo booth at Kate MacGarry, Francis Upritchard presents a wonderfully weird and fascinating museum of pots and sculptures, in which her shamanistic figures play a central role. Booth A3 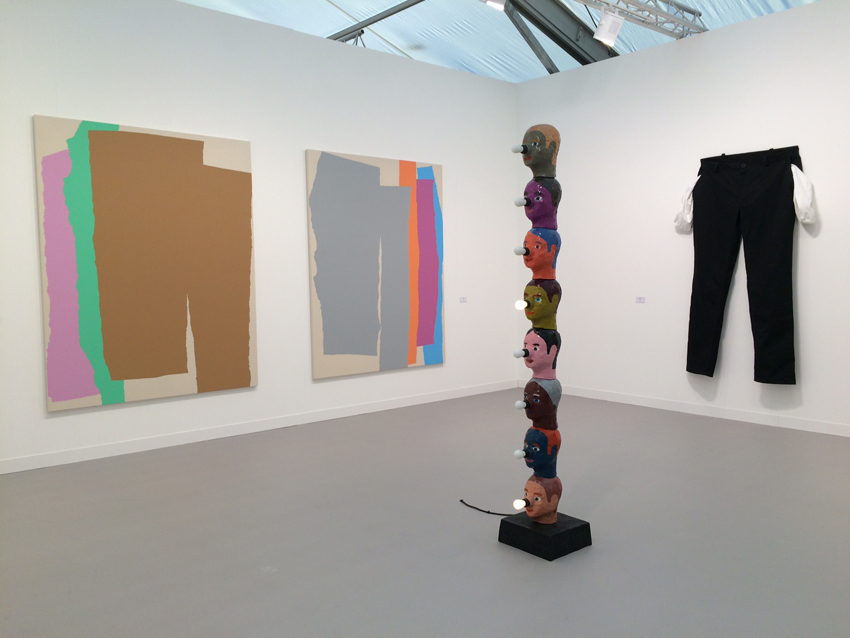 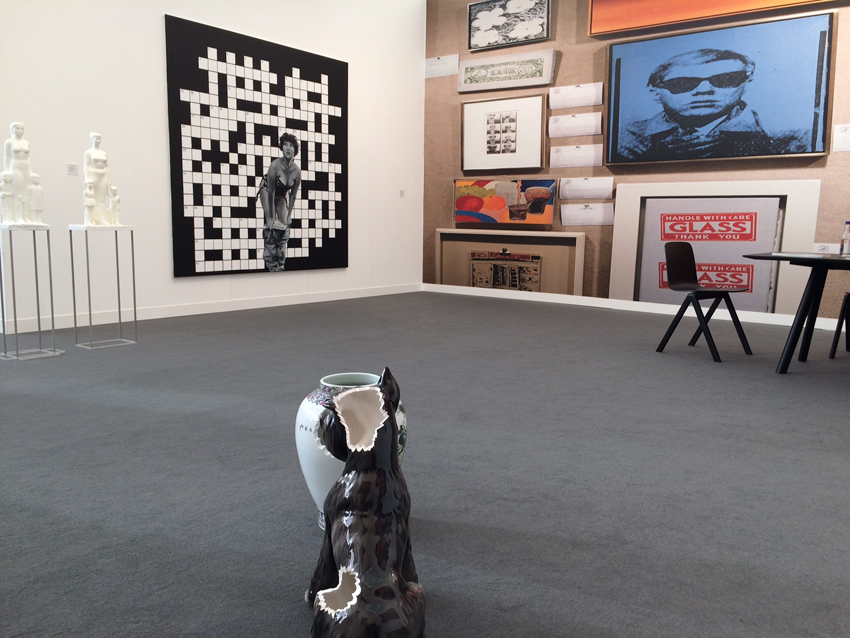 Another absolute favourite booth is Metro Pictures. From left to right you can see works from Oliver Laric, Paulina Olowska and Louise Lawler, with a central work from Nina Beier. Booth F5 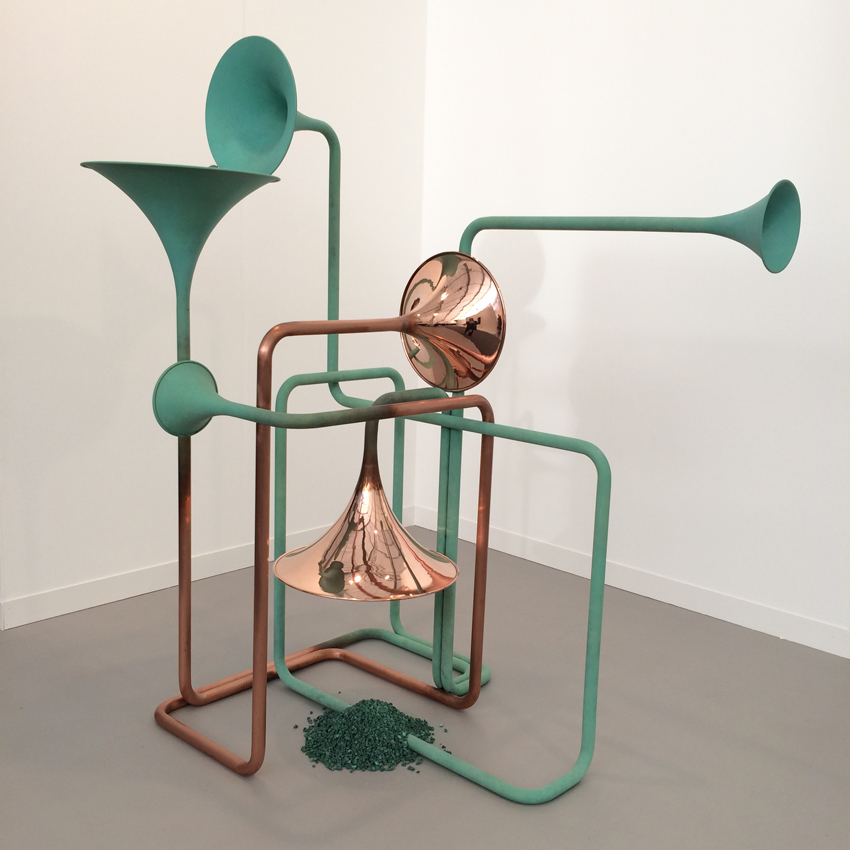 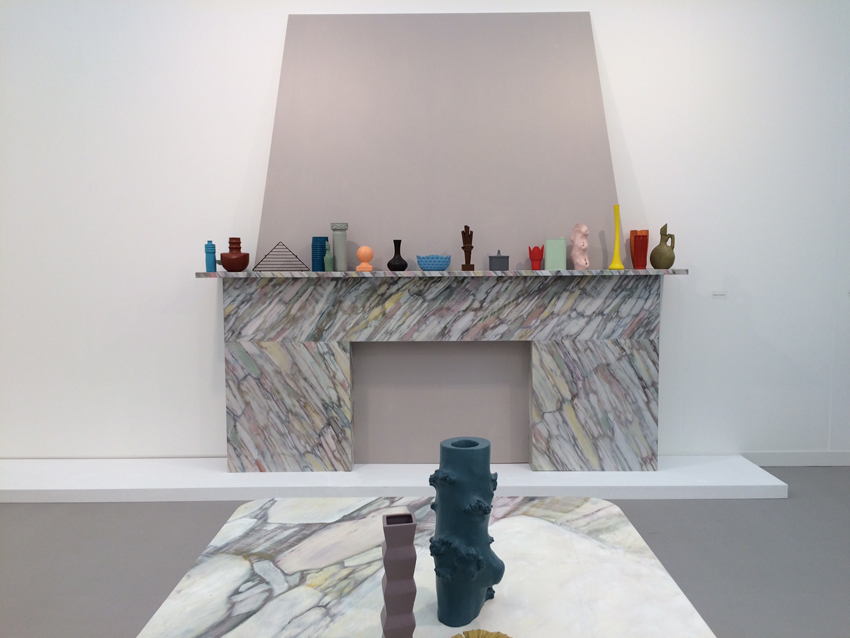 Laurent Dupont and Lucy McKenzie’s collaborative works link their different approaches to uniting painting, sculpture and the applied arts. The table and mantle piece are made of faux marble painted on canvas, and can be seen at Meyer Kainer. Booth D10 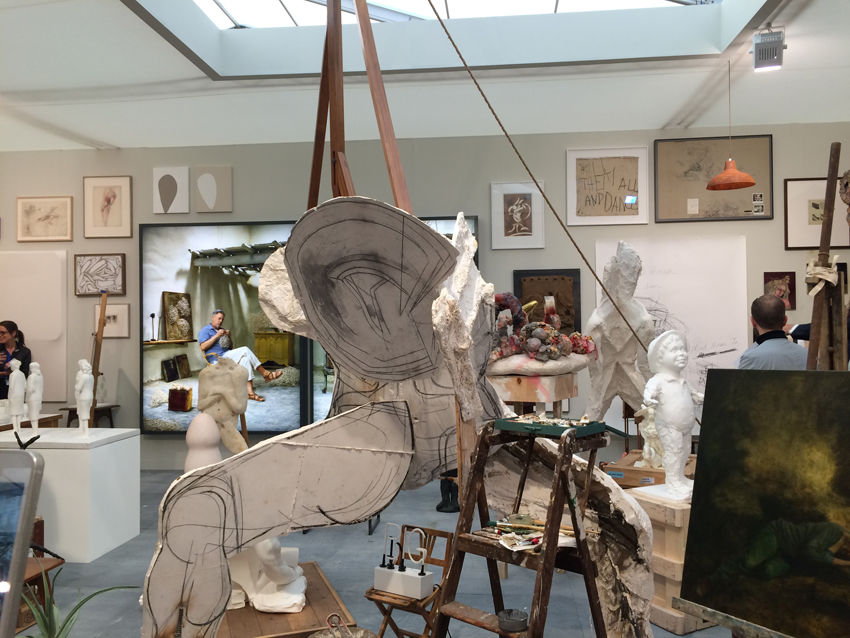 No other gallery is showing as much works in their booth as Hauser & Wirth with their curated L’Atelier d’Artistes. Envisioned as the studio of a mysterious artist, it houses an abundance of works from modern and contemporary artists such as Hans Arp, Rodney Graham, Thomas Houseago and Philippe Vanderbergh. Booth D8