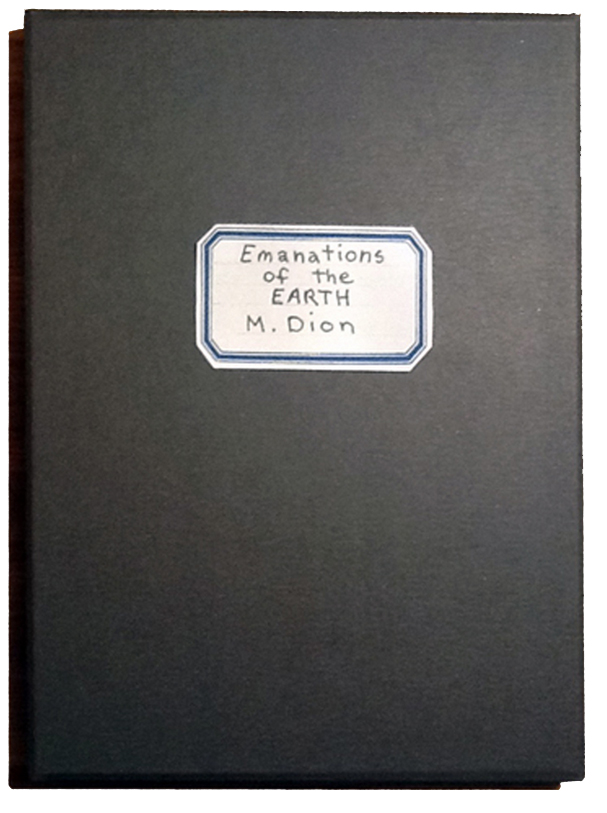 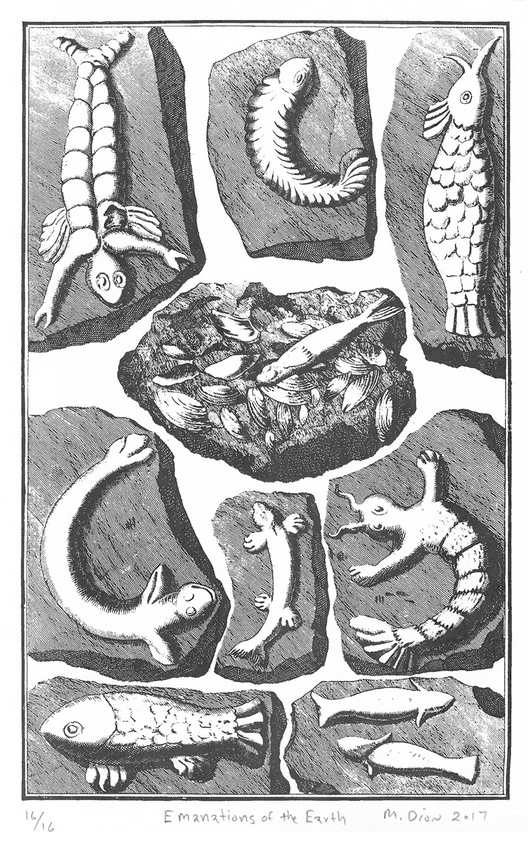 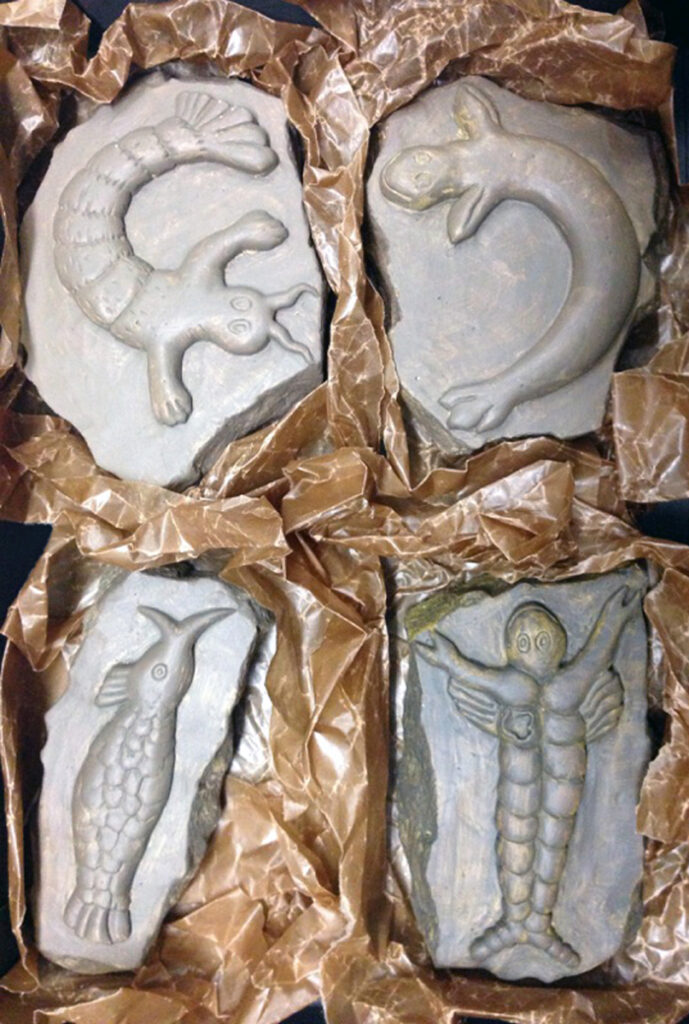 Emanations Of the Earth

Unique, in a series of 16 variations – signed and numbered by the artist

This edition is published by Salon Verlag

This edition consists of a cardboard box with the label Emanations Of the Earth, containing a silkscreen print (30 x 20 cm) and four hand-painted plaster casts wrapped in parafine-paper. There are 16 boxes, and each set is unique.

For over twenty years, the repertoire of American artist Mark Dion has included staged workbenches, dusty storage vaults, stuffed bears, and tarred birds. Ostensibly, his installations, interventions, performances, and photographs critique humankind’s often cruel treatment of nature. However, the artist also demonstrates that “nature” is a mere construct that is constantly being reshaped and reinterpreted.

Dion’s current project, Concerning Hunting, examines hunting as a traditional, but controversial, cultural practice. One of the fascinating things about hunting is its fundamental contradictoriness: the sensitivity of the hunter and his profound knowledge about what nature requires are also expressed through the act of killing animals. Dion’s artistic examinations do not focus on nature as such, but rather on the hunt as a way culture deals with it.

Mark Dion is represented by the following galleries;
click through to see more of his work.

Other works by Mark Dion