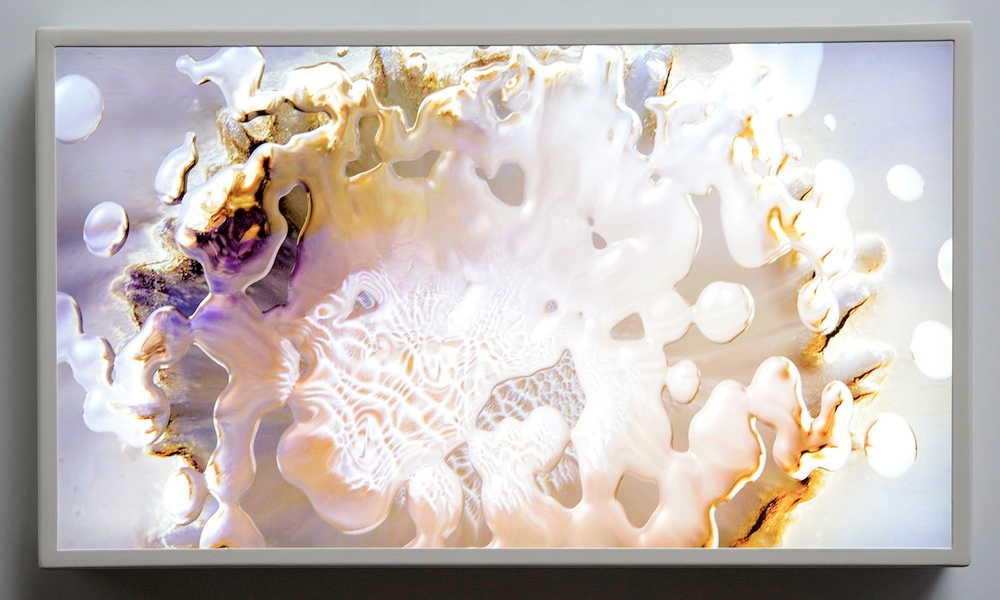 Edition of 10 copies, signed and numbered by the artist on a certificate

This edition is published by Nottingham Contemporary

FOXP2 (Mutation) is a lightbox edition that developed from Humeau’s project based on re-enacting the moment when a gene – FOXP2 – mutated, allowing our ancestors to develop language.

Marguerite Humeau has described herself as an “Indiana Jones in Google times.” Her research-based work grows out of collaborations with scientists and other experts, reflecting on existential questions such as what it means to exist.

A recent touring solo exhibition FOXP2, grew out of conversations with zoologists. One sound installation takes the form of a “choir” of 108 billion voices, re-enacting the moment when a gene – FOXP2 – mutated, allowing our ancestors to develop language. This leads on to what Humeau calls a “biological showroom” of elephants, engaged in an elaborate mourning ritual. The installations take us back to the origins of life, while also imagining a future without humans.

Our top picks of Manifesta 11 – What People Do For Money, in Zurich