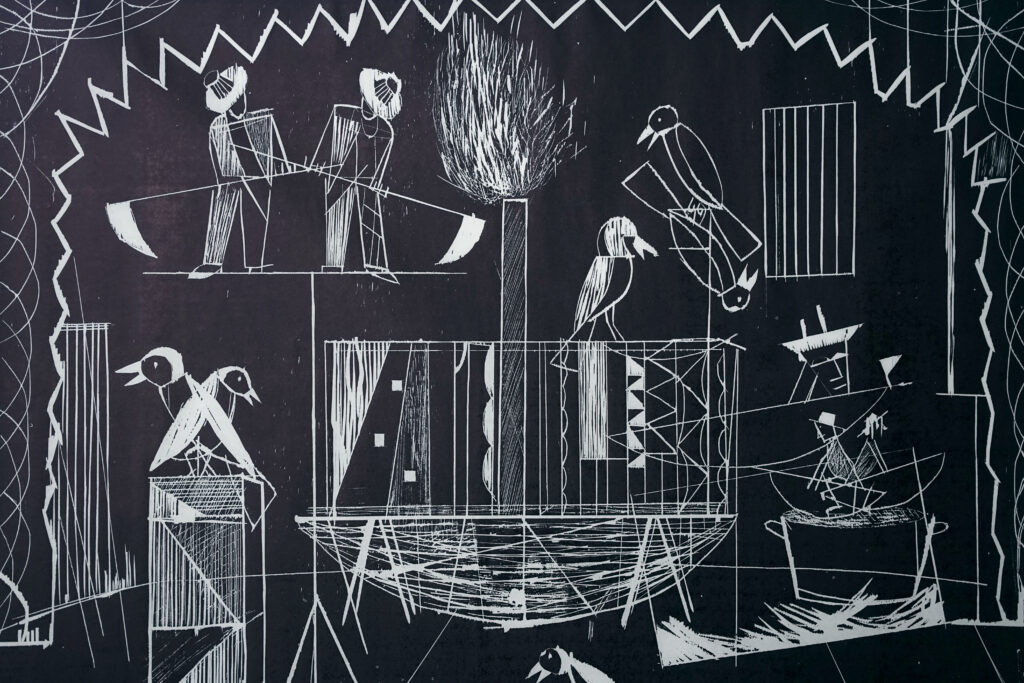 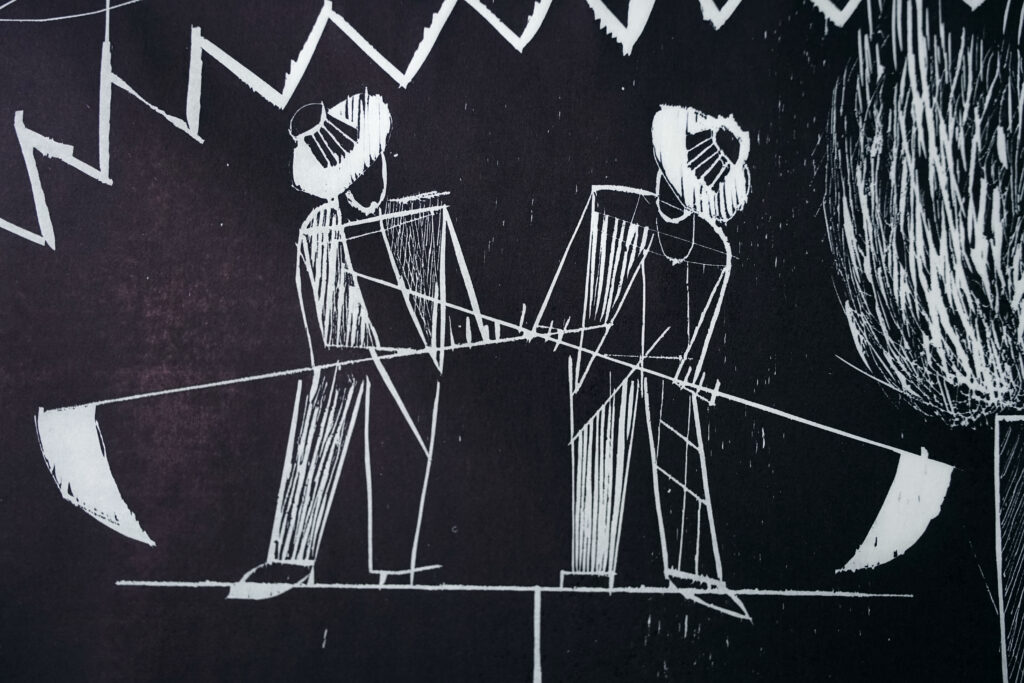 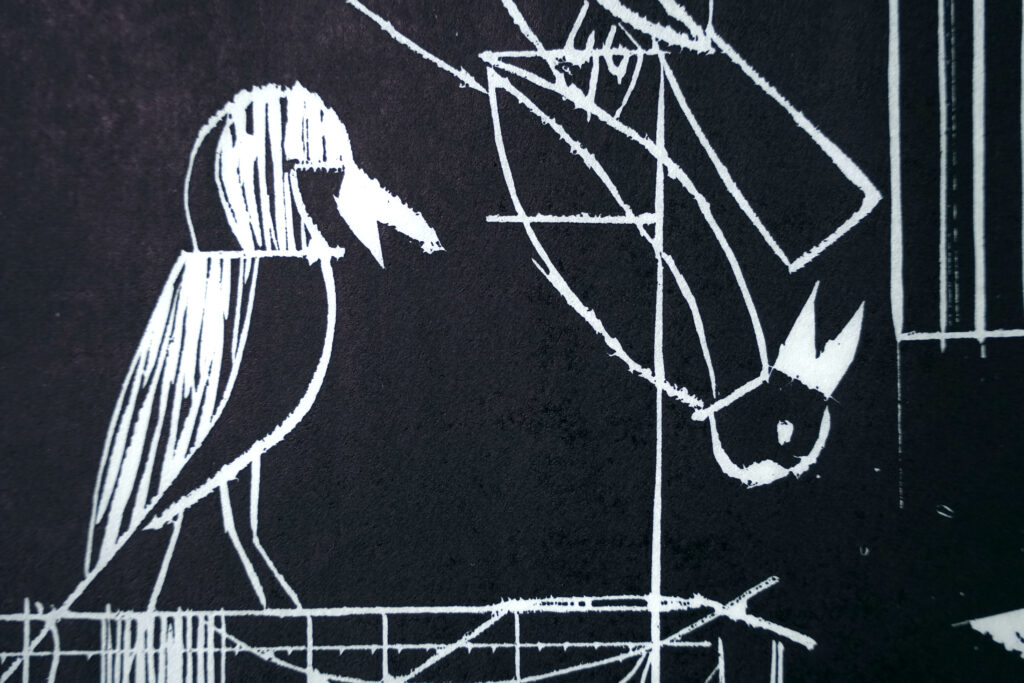 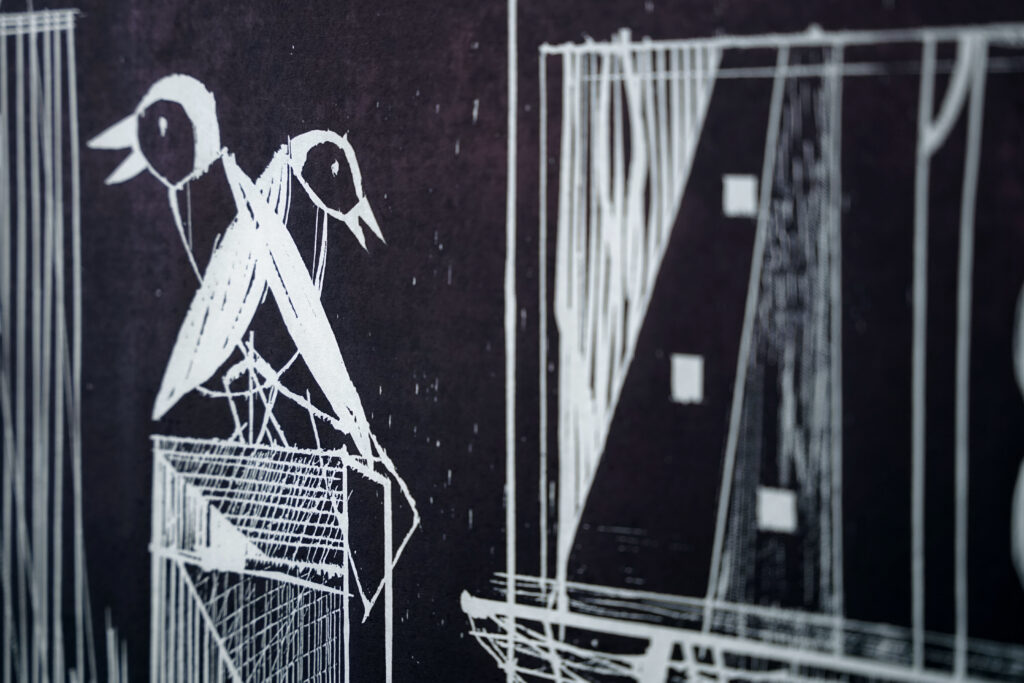 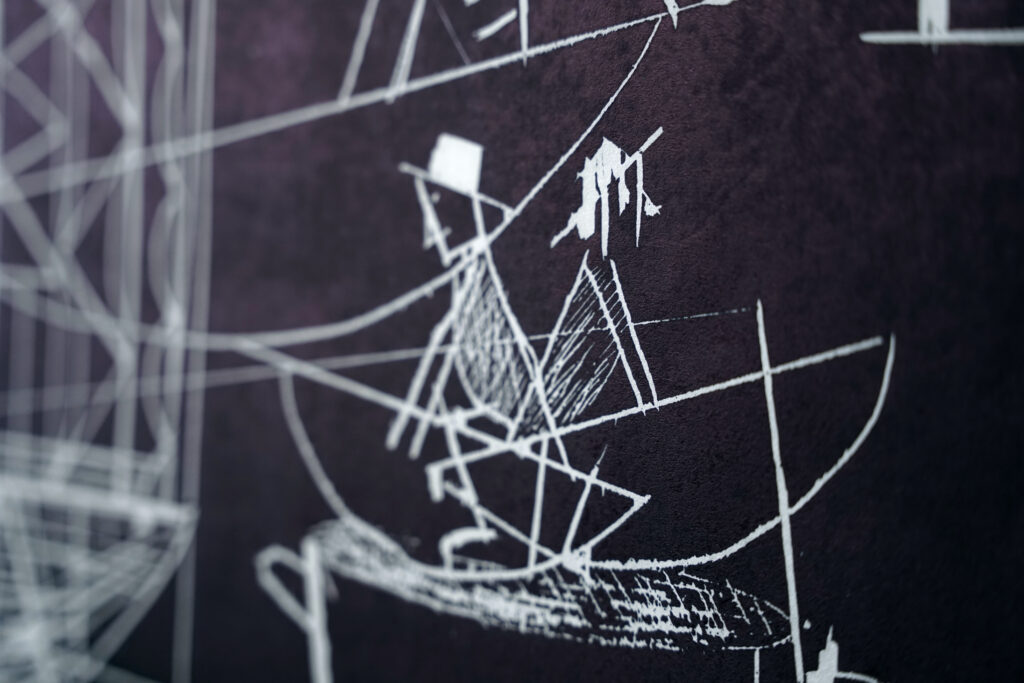 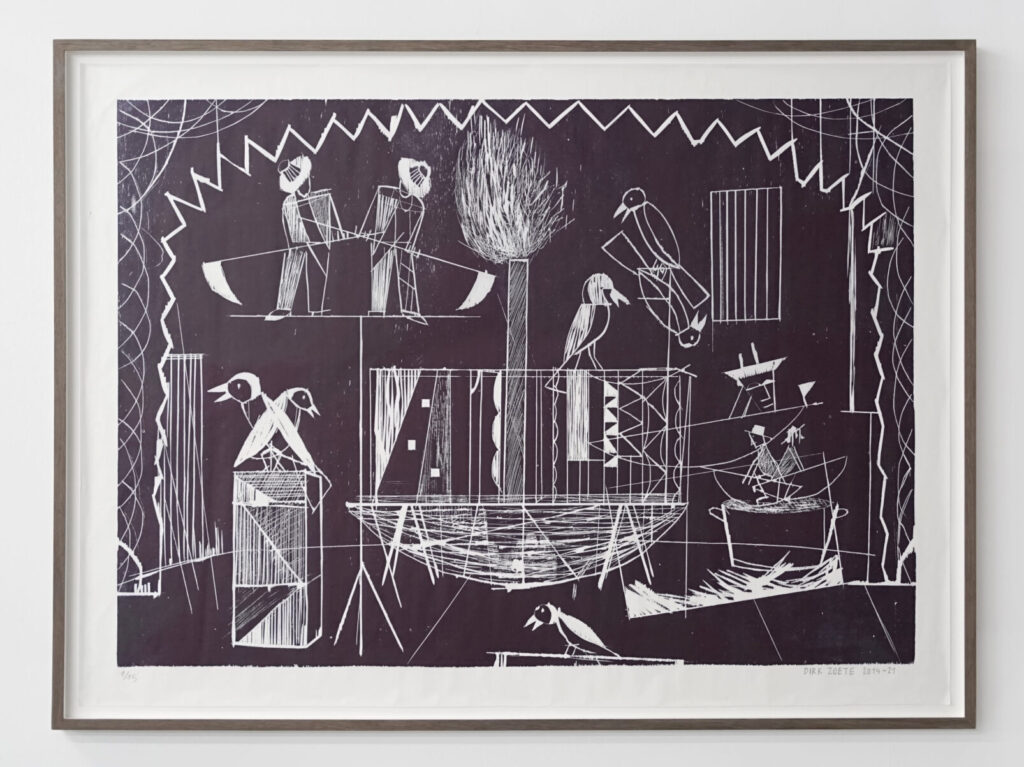 The woodcut Stage Motifs I goes back to a series of drawings and maquettes with which Dirk Zoete gained fame in 2017 during his solo exhibition at S.M.A.K. in Ghent.  We see a miniature theatre that is bordered by the serrated edge of a stage frame. Within this frame, a wondrous world of birds, cages, human figures floating in rickety boats, a mask and a bunch of mowing peasants unfolds. They circle around a strange construction that is midway between a ship (on scaffolding) and a house (with a smoking chimney).

Critics have found references in Dirk Zoete’s work to the Russian avant-garde (Malevich), the Bauhaus theatre, and also see connections to the visual language of Bruegel. Just as in a number of his chalk drawings on a black ground, the lines are cut out on the wooden board: the figures appear in negative and it is the background that is covered with deep blue ink. The wood engraving was cut by the artist and the full edition of 15 copies was printed by Dirk Zoete himself in Ghent.

The artistic practice of Dirk Zoete is circular. He makes models, photographs, drawings, sculptures and installations, all resulting from and influencing each other. A model set sometimes becomes a drawing, which might result in a large sculpture, which in its turn can function as an element in a larger installation or a prop in a new photographic series.

A term he often uses himself for this practice is Brincadeira, the Portuguese word for ‘play’. Dirk explains: “ It’s a term I picked up from a Brazilian who helped me out around my studio. I initially thought the term referred to ‘do it yourself’, comparable to the Dutch term ‘bricoleren’. I was wrong, but immediately felt attracted to the tension between the do-it-yourself aspect and the idea of play. I now use it as an umbrella term for my practice: all models, decors and theatre scenes I use for my photographic series, the drawings I make, which are either based on or literally drawn on the printed photographs, the sculptures that come out of this process; etc.”.

Dirk Zoete’s practice, though theatrical, has little to do with theatre. He rather investigates how a situation can come into being, how his studio can function as a pedestal for new situations. The driving force behind his work is wonder. By creating images, sculptures and model settings of things he never saw before, by adding something new to the world, Zoete gets the momentary pleasure of wonderment.

Other works by Dirk Zoete