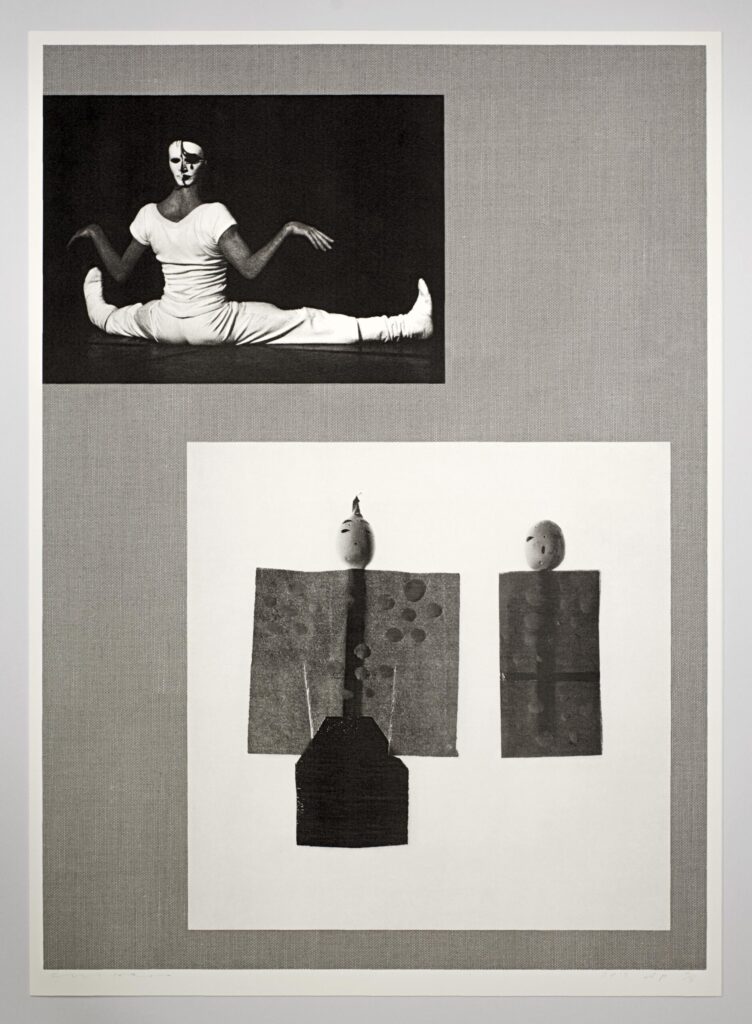 Edition of 30 copies, signed and dated by the artist

David Noonan is best known for his large-scale, collaged screen prints, which bring together diverse material to produce surreal narratives—merging histories, and blurring time and place. Noonan is a collector of images; he gathers photographs, historical documents and publications, combining these rarities with quotidian images of plants, building or animals. This new artwork in edition, produced for common-editions, is a rare insight into the working methods of this important artist. Uniquely, collaged images are presented as distinct from one another—set apart, but placed in relation. These elements are overlaid with an embossed pattern, which recalls elements of the book-making process.

David Noonan transforms black and white or sepia found imagery into striking collages and large-scale silk-screened tableaux on linen or films. He collects photographs, archival documents and magazines and books relating to utopian collectives in the 1960s and 70s, theatre and dance performances, or art education, and layers selected images with others of plants, animals and buildings. Histories fuse. Any sense of time and place is blurred or displaced. The multiple appropriations blend realism, mystery and myth. The fabrics he uses as the ground for the silk-screens are rough in texture and often patched or folded. Many contain printed patterns that are inspired by Japanese textiles. Noonan also produces panelled, figurative sculptures in which cut out silhouettes of performers act out grand gestures.

David Noonan is represented by the following galleries;
click through to discover more of his work.

Other works by David Noonan