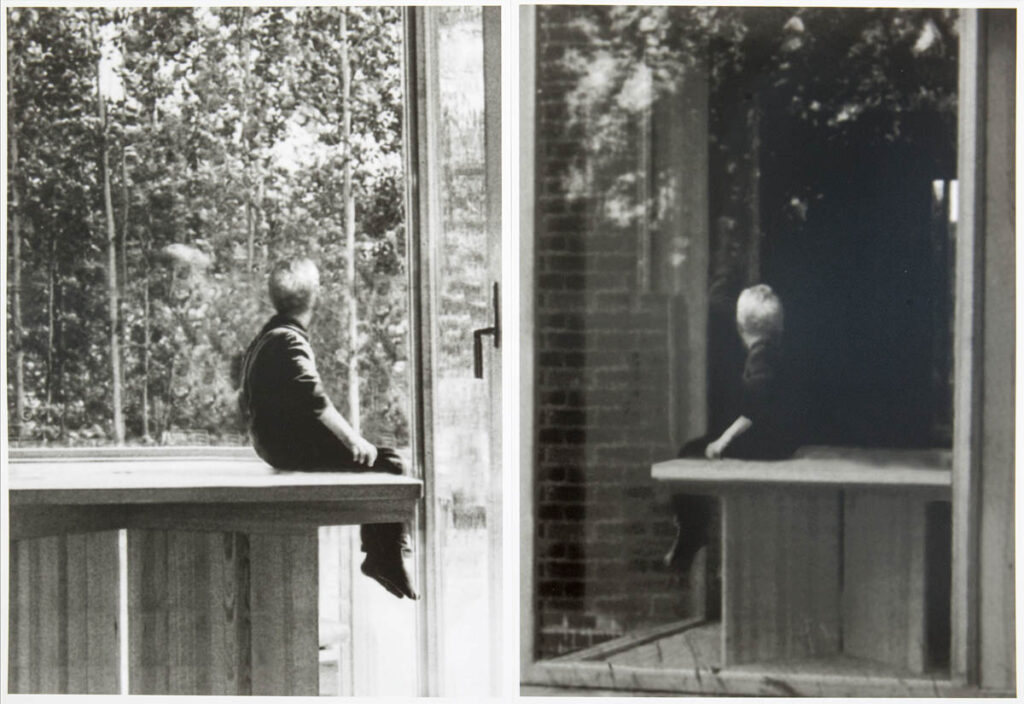 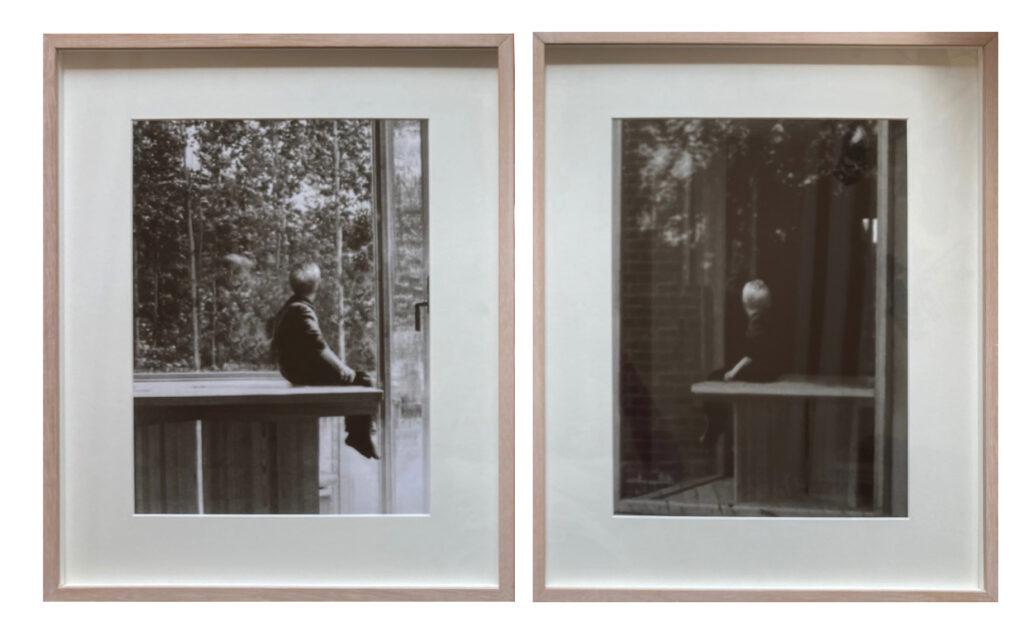 This edition consists of two photographic collages, based on architectural photographs. Twice, we see the same window, twice the same boy sitting on a table. One image shows a view from the interior, with a boy seen from behind while looking outside at a garden with trees. The other image shows us the interior, seen from the garden. The  boy now looks the other way,inside the house. His face, however, always hidden from our gaze.

As in much of his work, David Claerbout places Boy at a window in a broader art historical tradition: a figure who turns his back on the viewer to look at a landscape. it is a common motif in paintings from the Romantic period. There is often a strong melancholy about these images, as for example with the work of Caspar David Friedrich.

This diptych edition was published by S.M.A.K. in 2004. Both photographs are framed seperately, in stained white wooden frames with a mat (passe-partout).