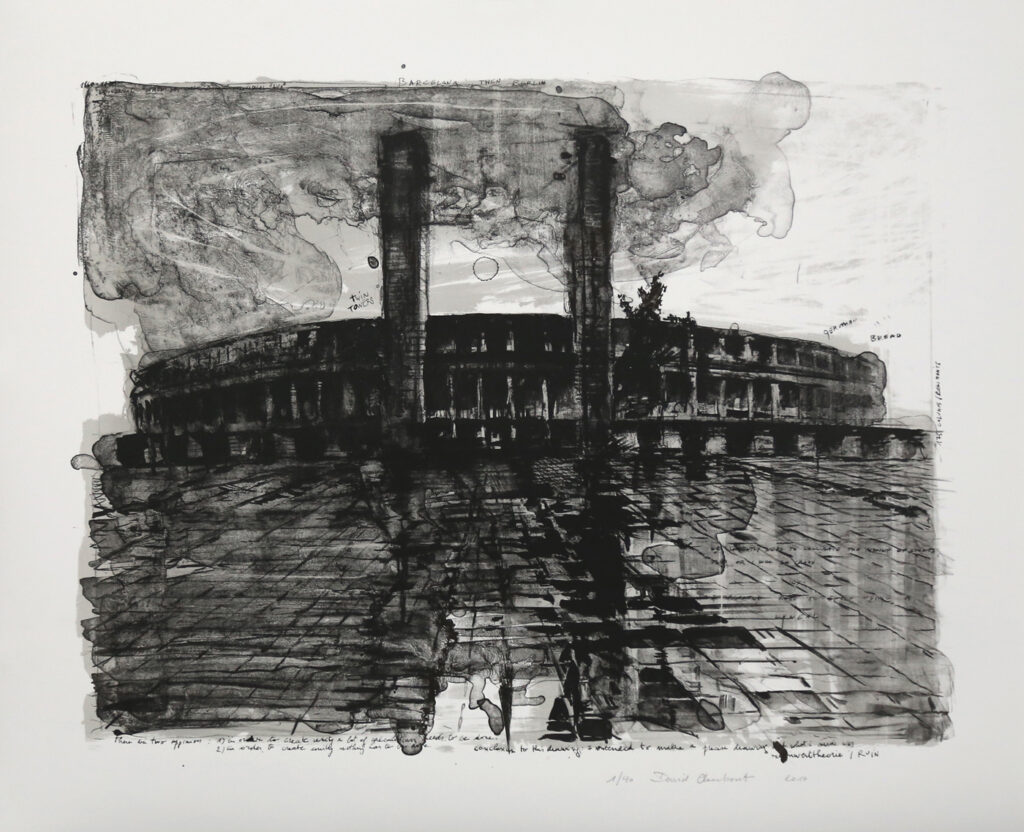 David Claerbout is known for his video and photographic installations, in which time seems to stand still. The artist makes a series of drawings around each of his projects, which help him explore his themes in more depth. This original lithograph is likewise related to the video installation of the same name from 2016. Olympia (The real time disintegration into ruins of the Berlin Olympic stadium over the course of a thousand years), start 2016 is a virtual record of the decay of the stadium Hitler ordered built for the 1936 Summer Olympics. A monumental projection on two screens shows how nature will reduce the stadium to a ruin, without human intervention. The installation precisely reproduces the conditions to which the building in Berlin will be exposed for the next thousand years, using climatological updates downloaded in real time. The algorithm-driven process generates fresh images of ageing and decay every day. The work does not contain any explicit criticism of the Third Reich: it is time itself that, in a sense, wreaks revenge.