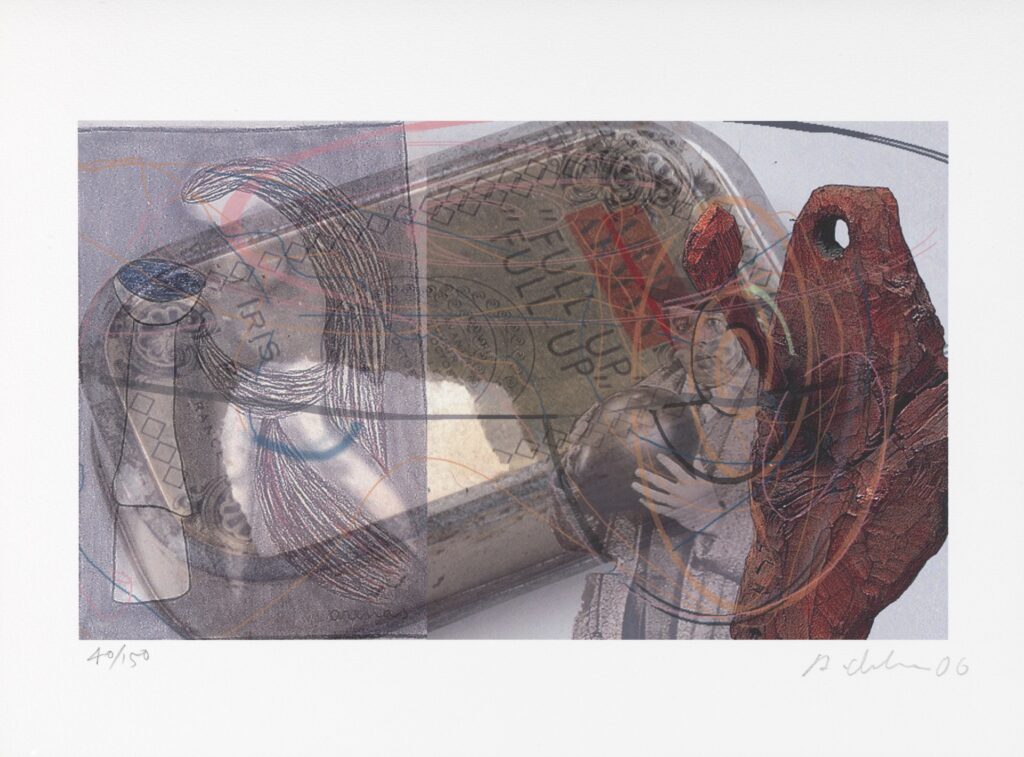 Edition of 150 copies, signed and numbered by the artist on the recto side

Albert Oehlen frequently juxtaposes images from a variety of different sources to create new humorous and poetic work. Aus dem Nachlass, 2007 was produced to accompany Oehlen’s Whitechapel Gallery show I will always Champion Good Painting and combines images of artifacts belonging to Surrealist André Breton, which were about to be sold at auction, with a portrait of Breton.

Albert Oehlen, who studied with Sigmar Polke in the 1970s, came to prominence in the early 1980’s alongside Martin Kippenberger with whom he often collaborated. Oehlen was part of a generation of artists who actively sought to reject the dominant cultural values of the time, embracing painting when conceptual art had completely discarded the medium. Throughout his career his work has centered on a singular investigation into painting practice.

Albert Oehlen is represented by the following galleries;
click through to discover more of her work.

Other works by Albert Oehlen