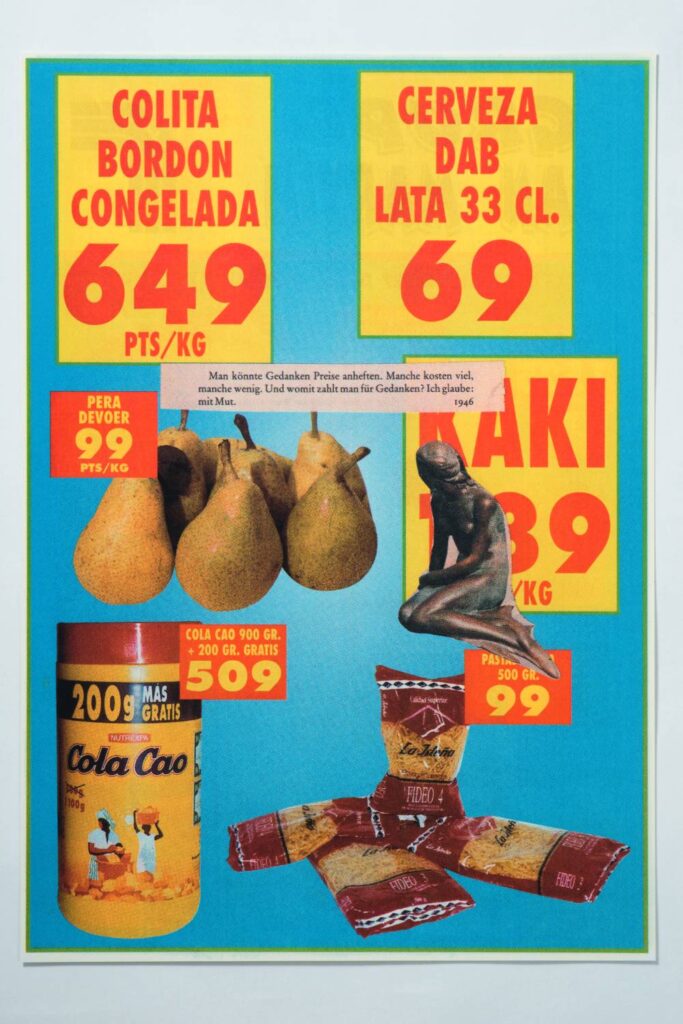 “You could attach prices to thoughts. Some cost a lot, some a little. And how does one pay for thoughts? The answer, I think, is: with courage.” The Ludwig Wittgenstein quote that features in Albert Oehlen’s Texte Zur Kunst anniversary edition, titled Preise (Prices), succinctly captures the Janus-faced nature of the neoliberal economy: the price for courageous and free speech or action – the risk, say, of making a fool of oneself with an idea or a picture – may still not be paid in the same currency with which one buys pasta, pears, or cocoa. Still, in the logic of financial capitalism, art – here hinted at by a seated bronze figure – readily aligns itself with the range of goods attainable only to those with the money for it. A pun cast into an image that throws light on itself; a brochure from the supermarket called art.

Albert Oehlen, who studied with Sigmar Polke in the 1970s, came to prominence in the early 1980’s alongside Martin Kippenberger with whom he often collaborated. Oehlen was part of a generation of artists who actively sought to reject the dominant cultural values of the time, embracing painting when conceptual art had completely discarded the medium. Throughout his career his work has centered on a singular investigation into painting practice.

Albert Oehlen is represented by the following galleries;
click through to discover more of her work.

Other works by Albert Oehlen