Through drawing, sculpture, video and performance, Pablo Bronstein is interested in the links between classical architecture and contemporary urbanism, between settings and decors or between art and dance. His work often combines references to the history of architecture, from Roman antiquity and the Baroque to Neo-classicism and Post-modernism, as well as hints to art history, from the Renaissance to the Modern period. One of his key interests is how architecture has the ability to intervene in personal identity or to inform our movements, behaviours, and social customs.

Bronstein uses architecture as a means to engage with power: of history, monuments, and the built environment. Using pen and ink on paper, his acutely drafted drawings capture an archival romance of a grand age, a nostalgic longing for the imposing and imperial. Adopting the styles of various architects and movements, his elaborate designs become plausible inventions, both paying homage to and critiquing the emblems of civil engineering.

Pablo Bronstein – The largeness of China seen from a great distance, installation view at Galleria Franco Noero, Torino in 2018

Pablo Bronstein – The largeness of China seen from a great distance, installation view at Galleria Franco Noero, Torino in 2018

Pablo Bronstein is represented by the following galleries;
click through to discover more of his work. 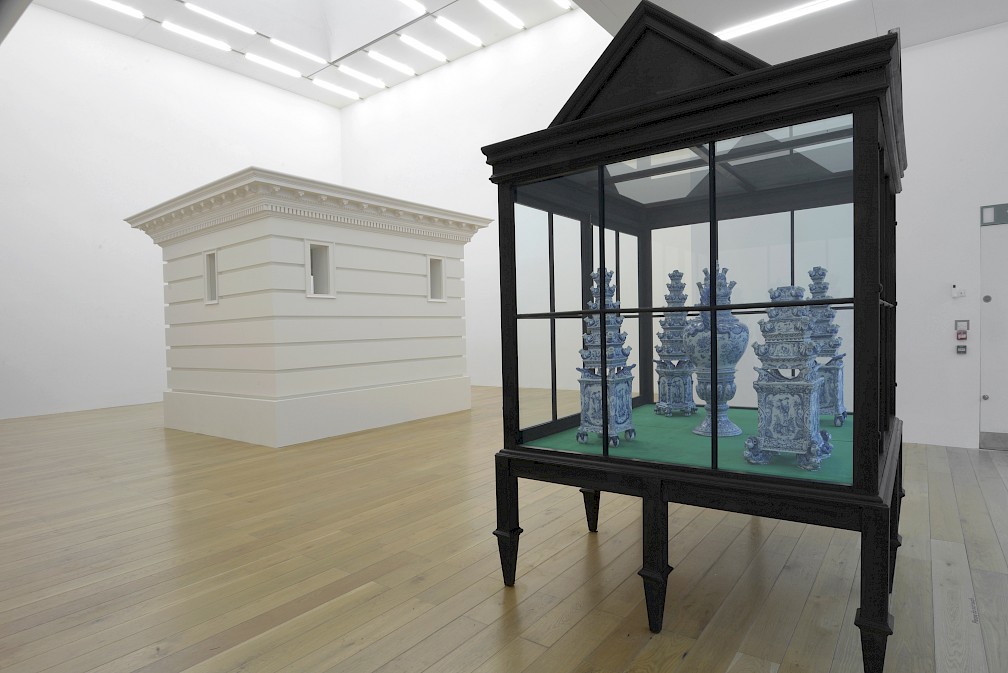