A Temporary Monument for Brussels #6 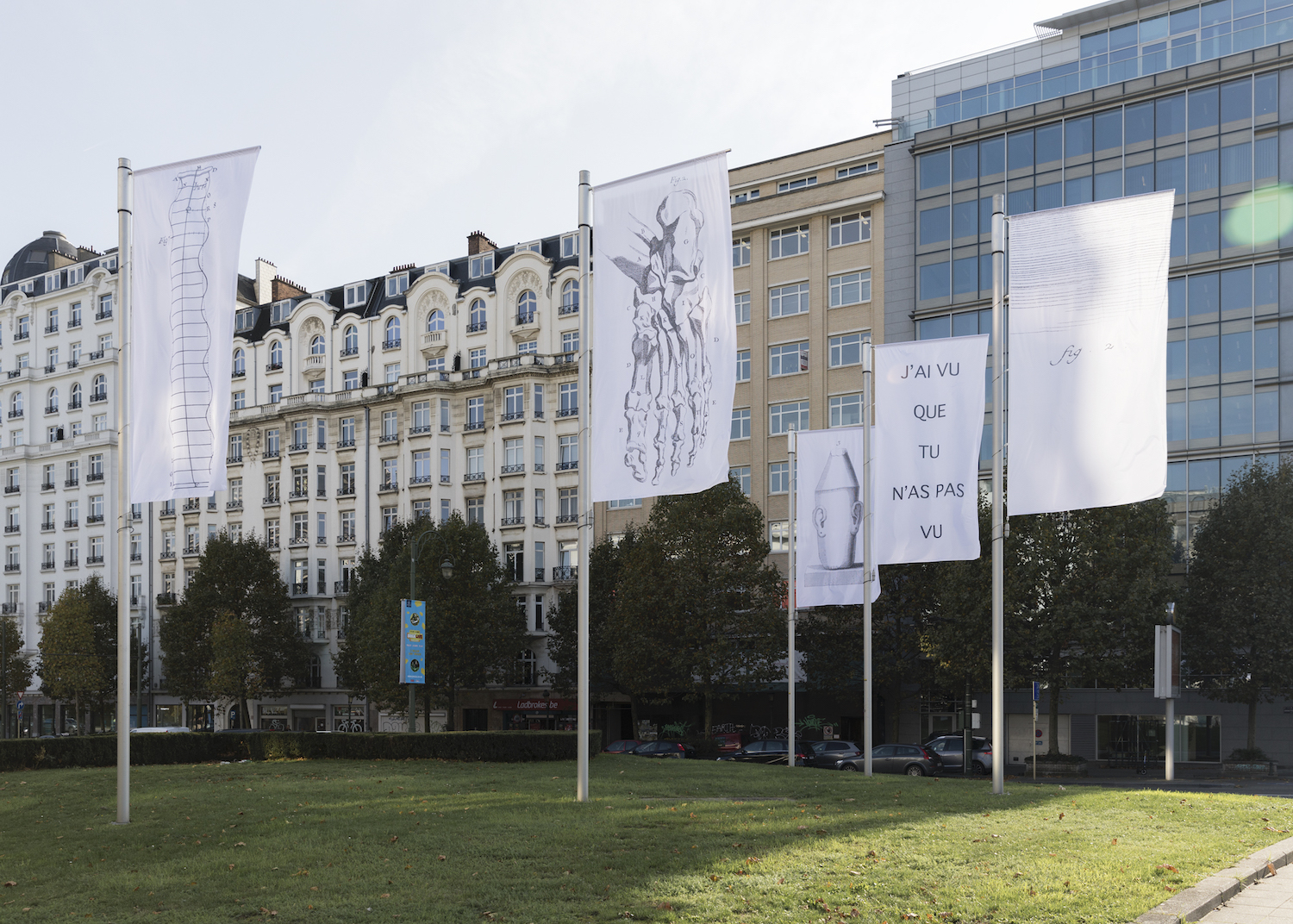 The Brussels artist Jacqueline Mesmaeker (°1929, Uccle) initially worked in fashion, design and architecture, before developing an artistic practice in the 1970s that is both conceptual and poetic. Mesmaeker plays with time and space through a multitude of media – film, sculpture, photography, artist’s books, drawings, etc. With her on-going series Introductions Roses, for example, she fills cracks and crannies in a space – both in a domestic setting and in an exhibition context – with bright pink textiles. At first sight, this little gesture is almost invisible, but once you see it, this pink accent draws your attention to the past of a space, and makes a forgotten history visible.

Jacqueline Mesmaeker continues to reflect on the major themes of Western art history – and the problems that artists historically struggle with: how a gaze, frame and space relate to each other, and how an image generates meaning.

J’ai vu que tu n’as pas vu is a recurring title that Mesmaeker has used for several works for some twenty years. In 2002 Jacqueline Mesmaeker made a site-specific installation under this title in Uzès in the south of France with images and objects from her archive – postcards, invitations to exhibitions, texts, shells, pieces of film, photographs, etc – which she presented together in open cabinets. All these images were found images, ‘ready-mades’ as it were, that were part of Mesmaeker’s own collection. She says: “A l’origine de tout cela et bien avant Uzès, toutes ces images ontretenu mon attention voor l’une ou l’autre raison. Les conserver, c’était en quelque sorte les sauver.” Nine years later, she presented these images and objects again under the title Le Salon des Placards in a different configuration, accompanied by a film entitled J’ai vu que tu n’as pas vu that she made during the first presentation in Uzès, and which brings you from image to image as if following a guided tour.

For her contribution to A Temporary Monument for Brussels, Mesmaeker is once again making work with the same title, this time with a caption ‘Gravures’. The series of banners on Sainctelette Square show selected details from a series of 17th and 18th century engravings that are part of Jacqueline Mesmaeker’s personal collection. As is often the case in Mesmaeker’s practice, this series of works is about making visible what else is in danger of disappearing, but above all about framing our gaze and generating meaning. The artist brings our attention to the high and the low, to everyday objects and events, but also to literary quotations and architectural references. Because Mesmaeker always brings her images together in different ways, each new reading creates a different meaning. Her collection of images can be seen as a cross-section of our culture, and invites us to look, to read, to search for meaning, to project, and to imagine.

This is no different with J’ai vu que tu n’as pas vu (Gravures). Four flags show a detail from 17th and 18th century engravings: a sky, an anatomical drawing of a foot, an architectural column and a monument. The fifth flag shows the title, and is an invitation to give meaning to the other four sculptures. How do they relate to each other? What do they say about the city? How do they deal with the history of public space? And what do they say about a monument for Brussels? 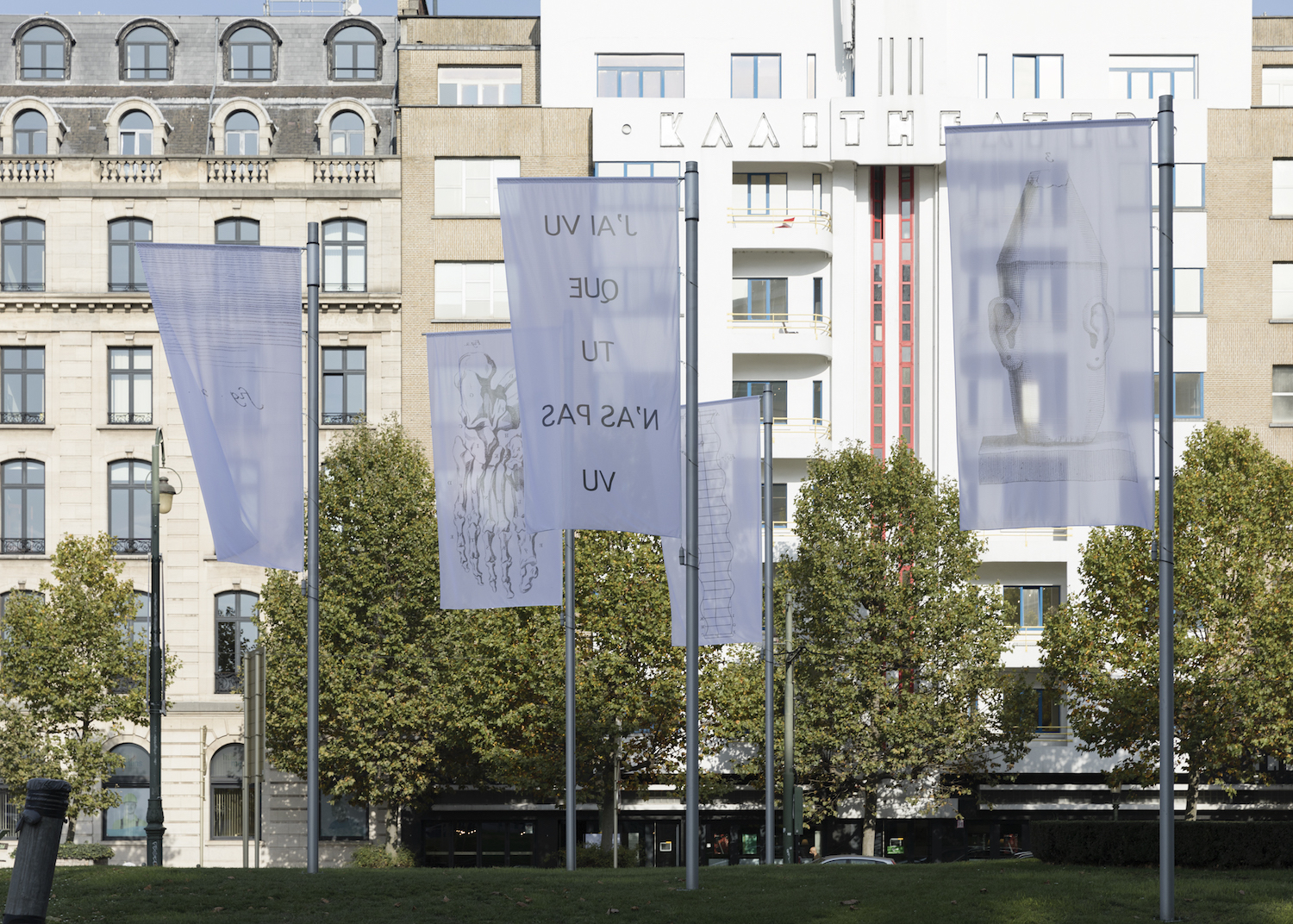 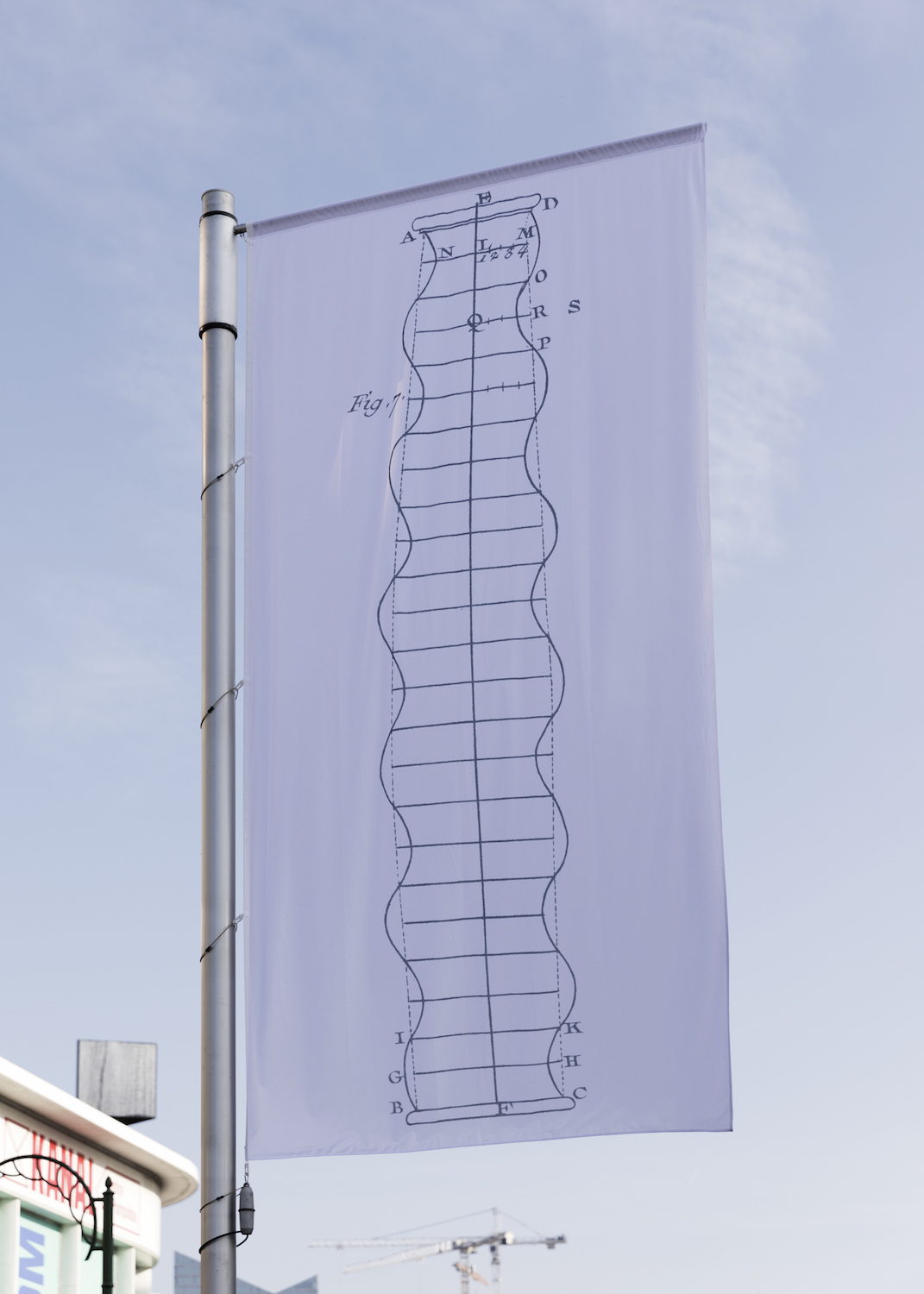 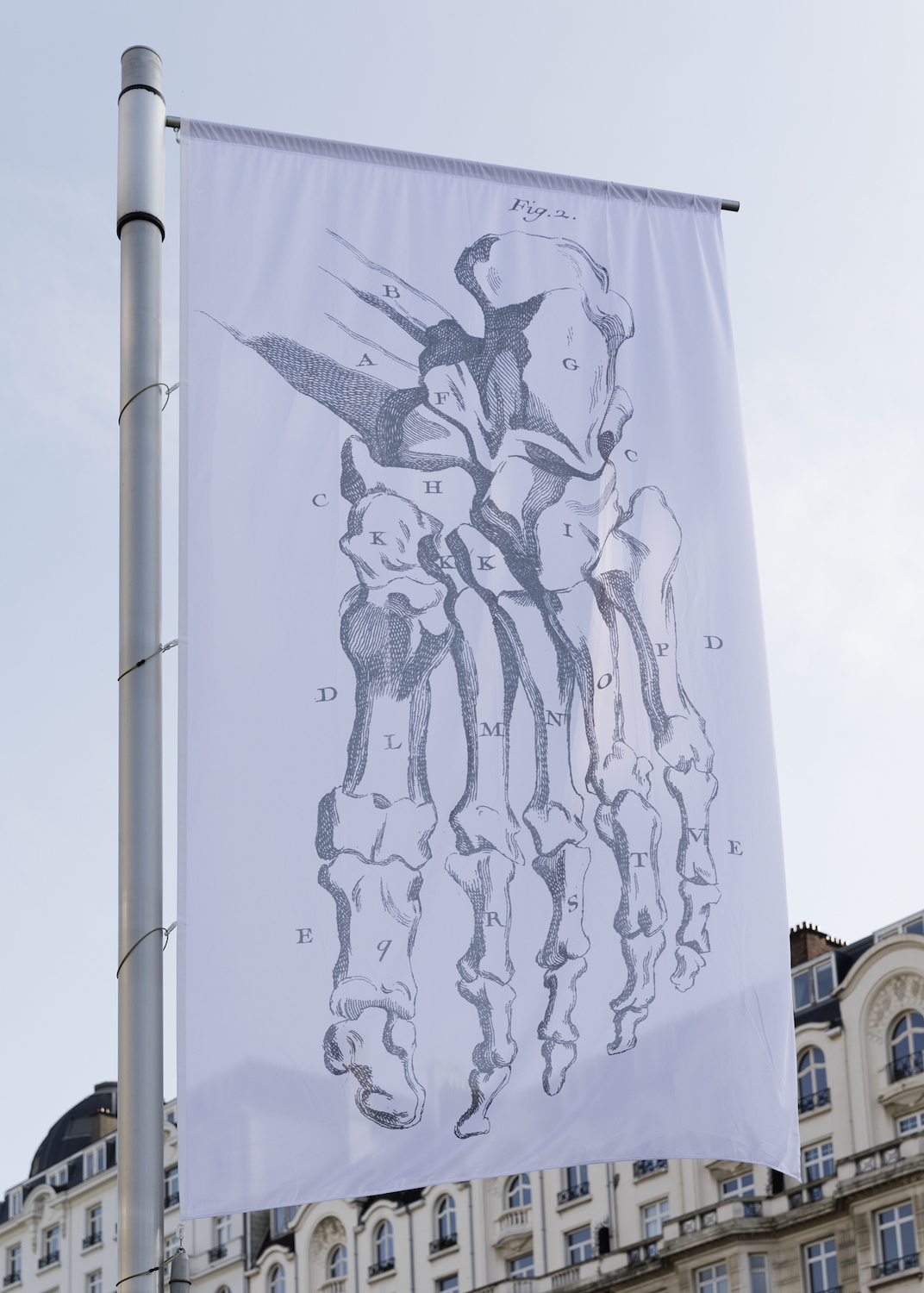 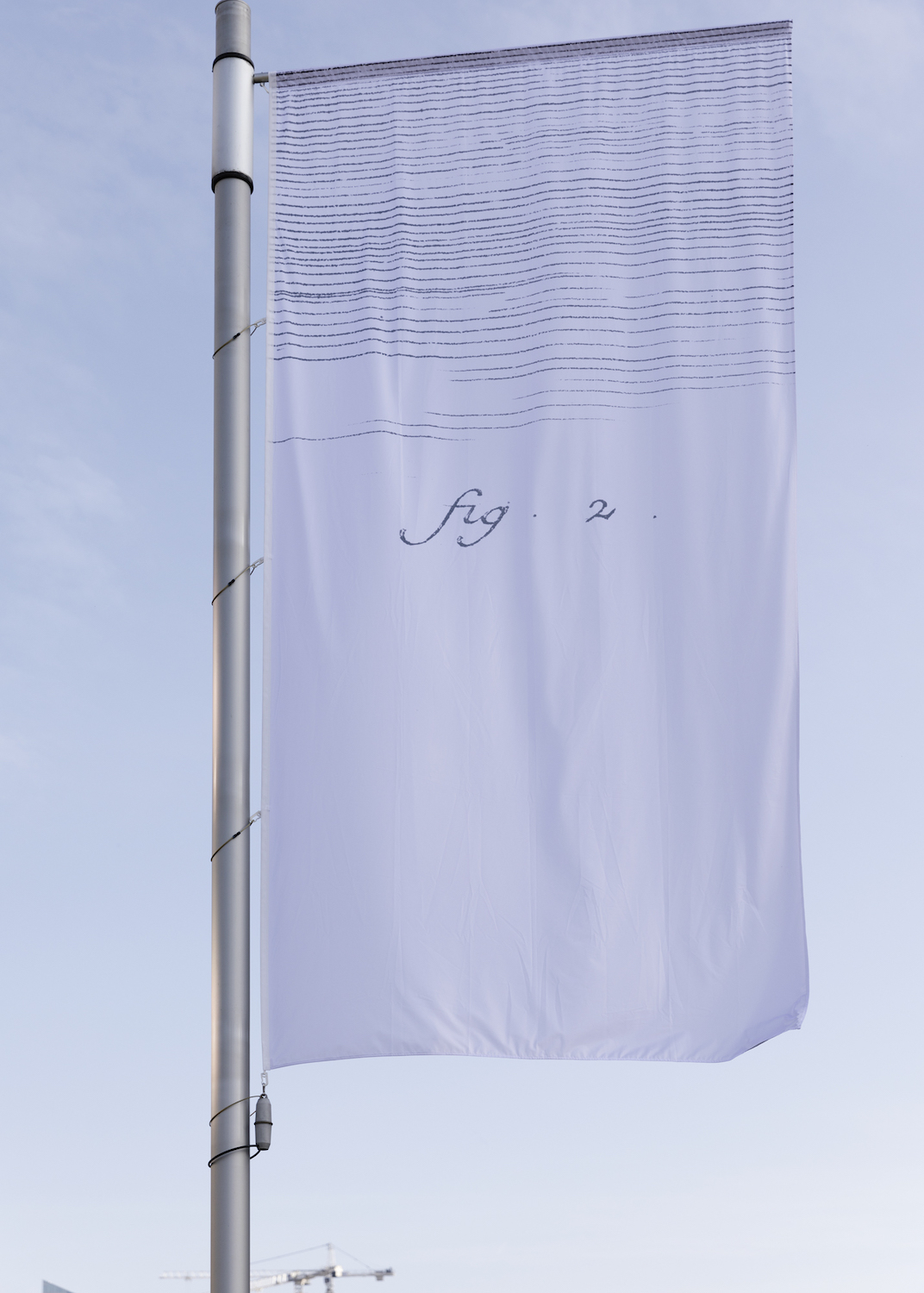 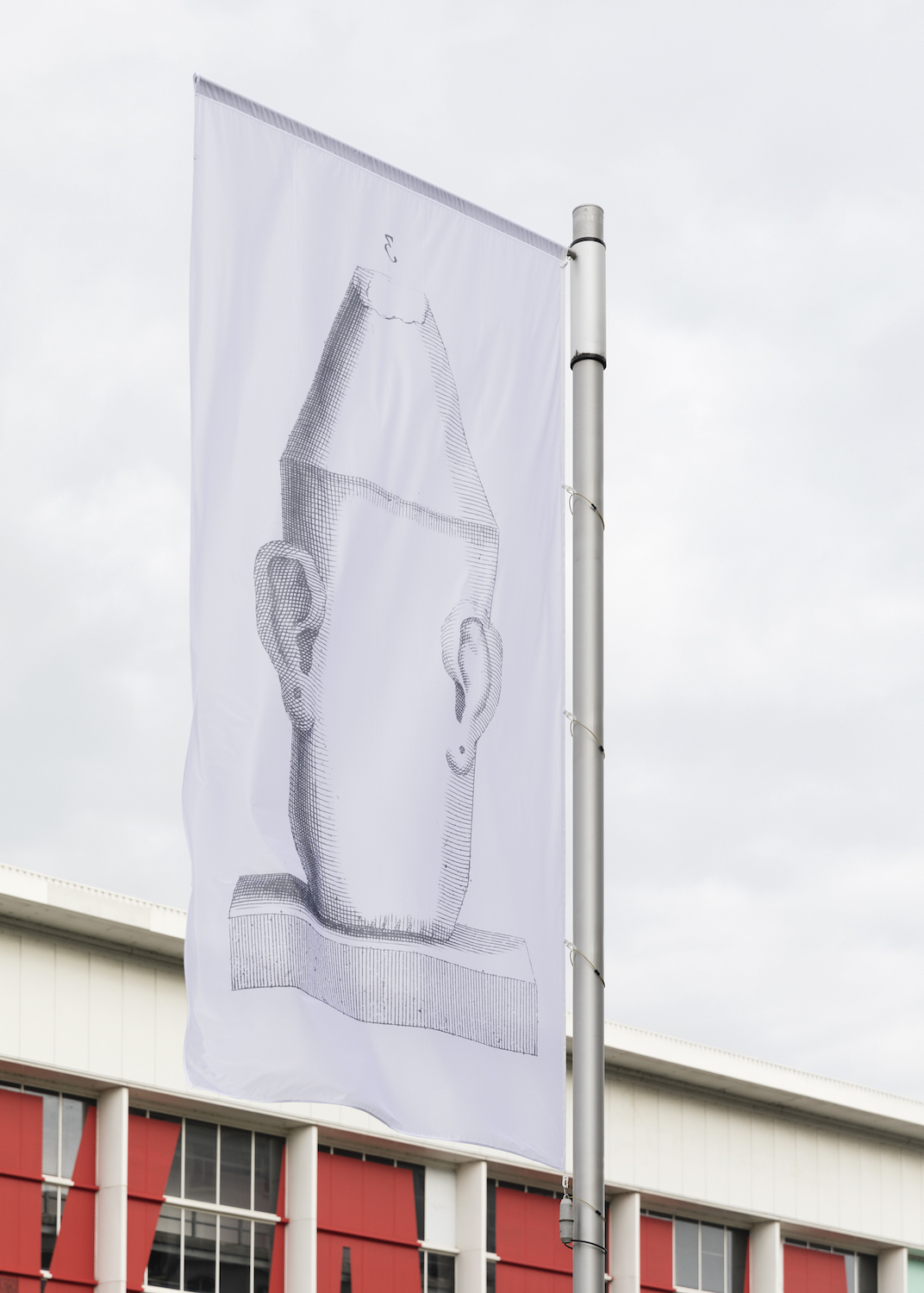 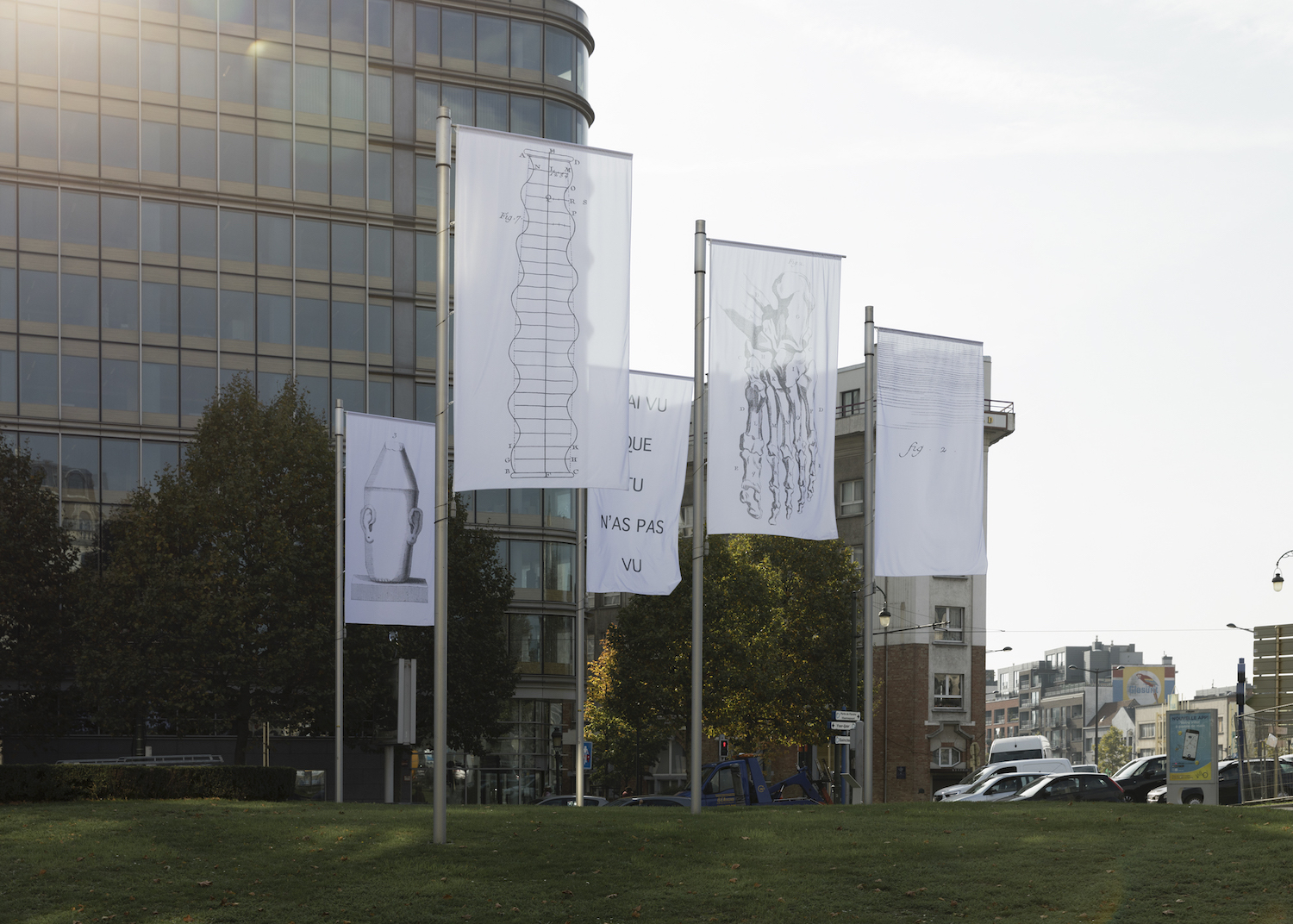