A Temporary Monument for Brussels #5 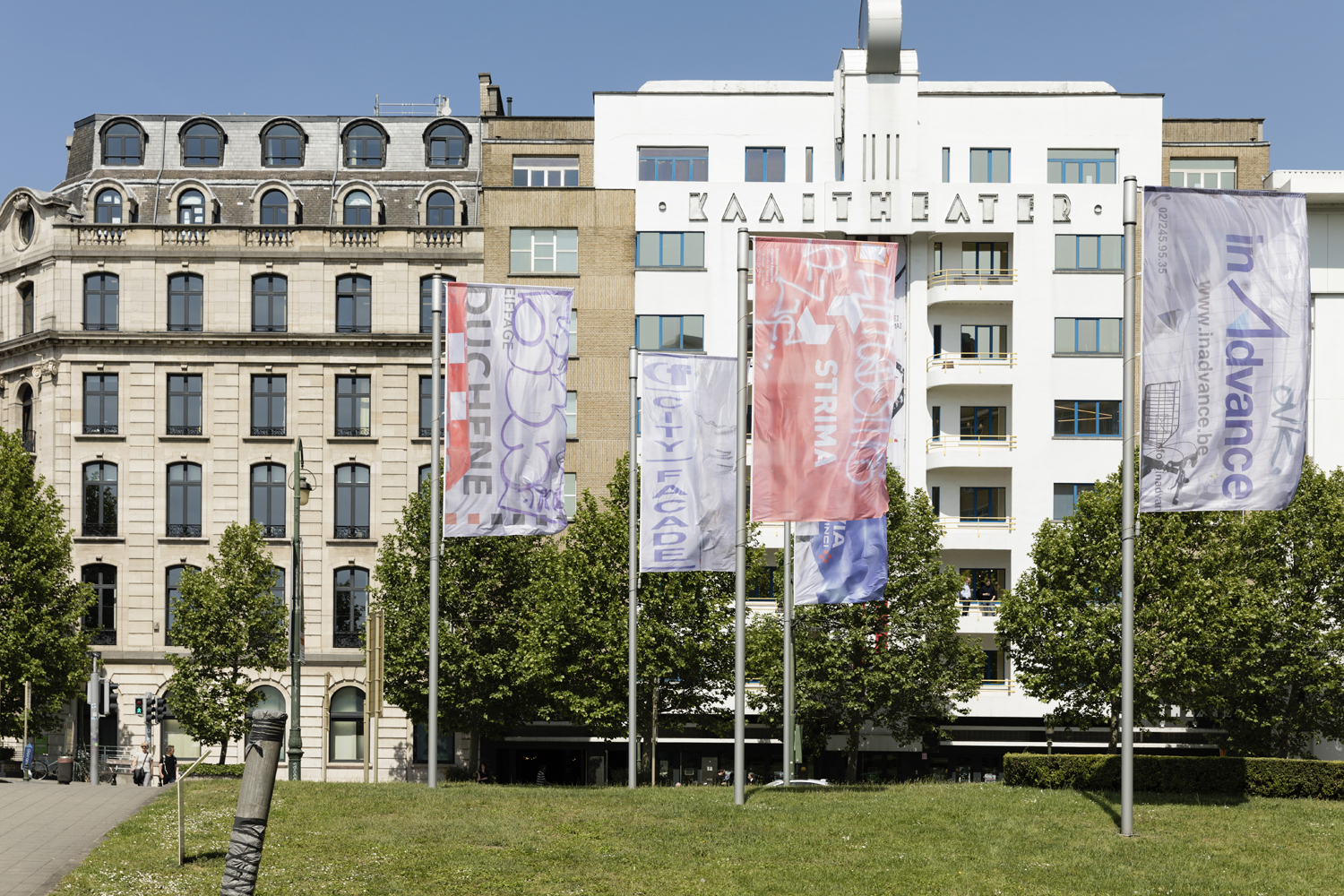 The practice of Gijs Milius (°1985, NL) covers drawings and paintings, as well as video, temporary installations, and audio works. Many of his works focus on meeting and exchanging ideas, although the final form of the work can be very diverse. In 2015, Gijs Milius made a series of large portraits of people with whom he regularly exchanges ideas about his own work. In 2016, he set up an intervention in the basement of the Brussels art space Etablissement d’en Face, where he presented six ceramic ashtrays – each with its own user. The six – paid – smokers worked in shifts so that during the two-day performance at least three people were present to sit, talk and smoke.

Milius is also particularly interested in the interaction between a figure and its surroundings. This interaction could take the form of our daily relationship to our city, as well as being a spectator in an exhibition space, or the characters in his works and the imaginary space in which they find themselves. This idea again results in very diverse works, ranging from temporary installations in the urban public space, to strange sculptures in exhibition contexts, to drawings in oil pastels of landscapes and chambers – sometimes featuring characters who seem to be painfully aware of the unnatural nature of their surroundings. Indeed, although these drawings are particularly attractive in their use of colour and formal visual language, they always radiate a certain unease. There seems to be some undefined twist that inevitably makes the spectator uncomfortable.

Gijs Milius created WIND especially for A Temporary Monument for Brussels. The work builds on Milius’ interest in the relationship between figure and environment in general, and in particular on our own relationship with public space, the architecture of the city, and how a city is designed. The starting point for this series of flags is what Gijs Milius calls ‘the ultimate monument for Brussels today’ – namely the courthouse on the Poelaert Square. Since 1987, this beacon for the city has been continuously in scaffolding as part of a large-scale renovation – which will certainly take another 20 years.

An important aspect of the previously mentioned project in Etablissement d’en Face, in which Milius engaged six people to sit, smoke and talk for two full days, is that the artist hired and paid these smokers with ‘our money’ – namely with a subsidy budget that has its origins in the taxes we all pay. The artist sees the same perverse structure in the delay of the construction site around the courthouse, where the scaffolding in which the building has stood for more than 30 years, is leased with tax money from a private construction company.

With WIND, Milius brings together a number of fragments from the city; more specifically, elements like tarps used for site cladding, each with the brand name of the construction company that carries out the work. We recognise names such as the internationally active transport infrastructure and urban development company Eurovia Vinci, the facade renovation company City Façade, or general construction companies like Strima, in Advance, and Eiffage Duchene. These names are not simply displayed as publicity flags, but as parts of a (literally) layered urban reality. For example, the graphic logos are more difficult to read because of a bicycle or a fence in front of them, or because of the graffiti that is inevitably covers them.

Gijs Milius considers these flags as the opposite of street art – where ugly parts of the city are made more ‘beautiful’ or acceptable. WIND shows the city as it actually is, eclectic and ‘ugly’. The artist does not ask a clear question, nor does he provide a clear answer, and he does not partake in an ‘upgrading’ of public public space. This series of flags mainly functions as an echo of the slow but constant transformation that is taking place in our city. It is interesting to consider that these images in their current form, as works of art, are more difficult to accept than the original banners in their ‘rightful’ place, on construction sites. Perhaps that is all these flags want to do: a little rubbing against the grain of a city evolving towards ever more polished organisation, leaving little room for chaos, thus opening our eyes to the invisible hand that is transforming our public space. 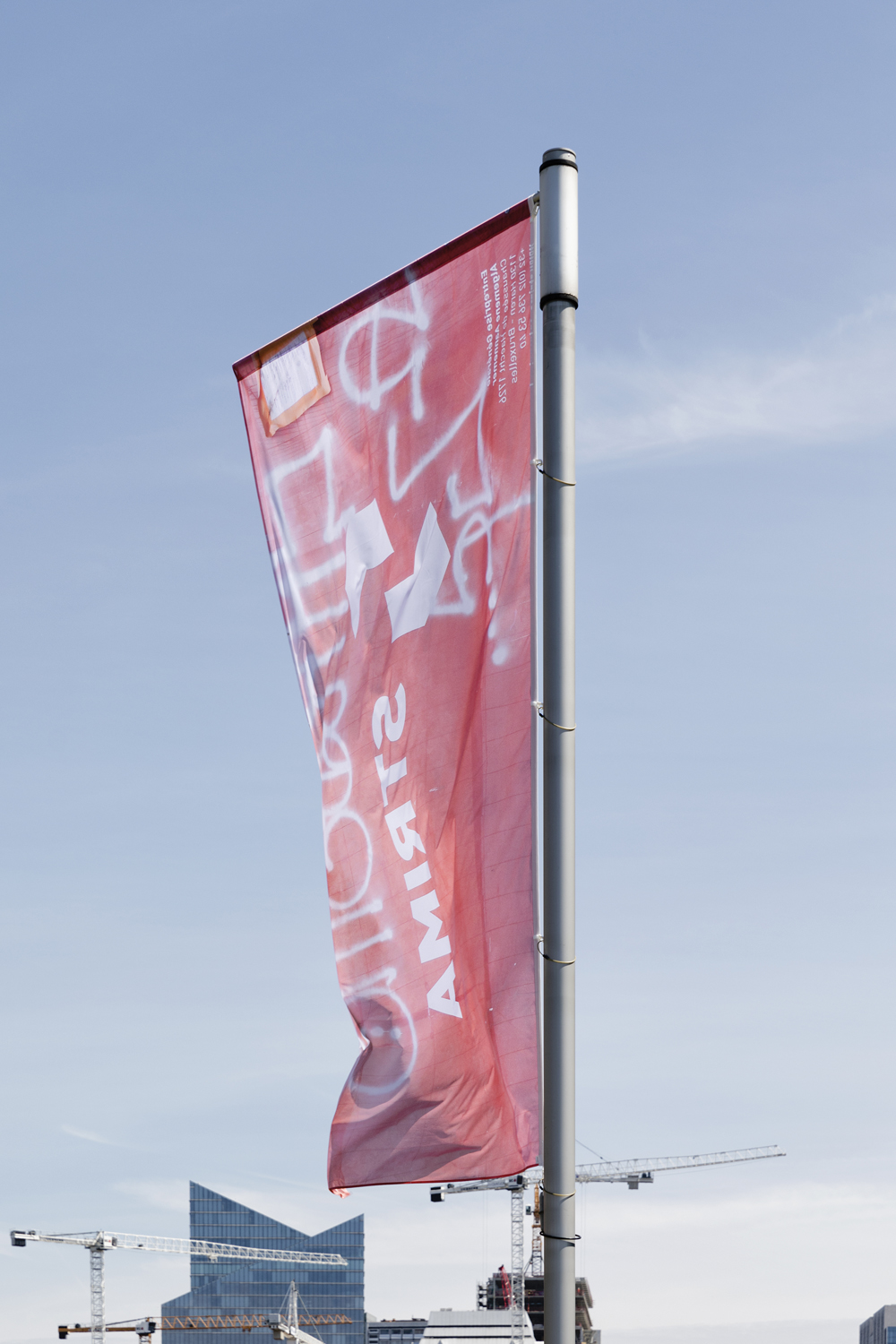 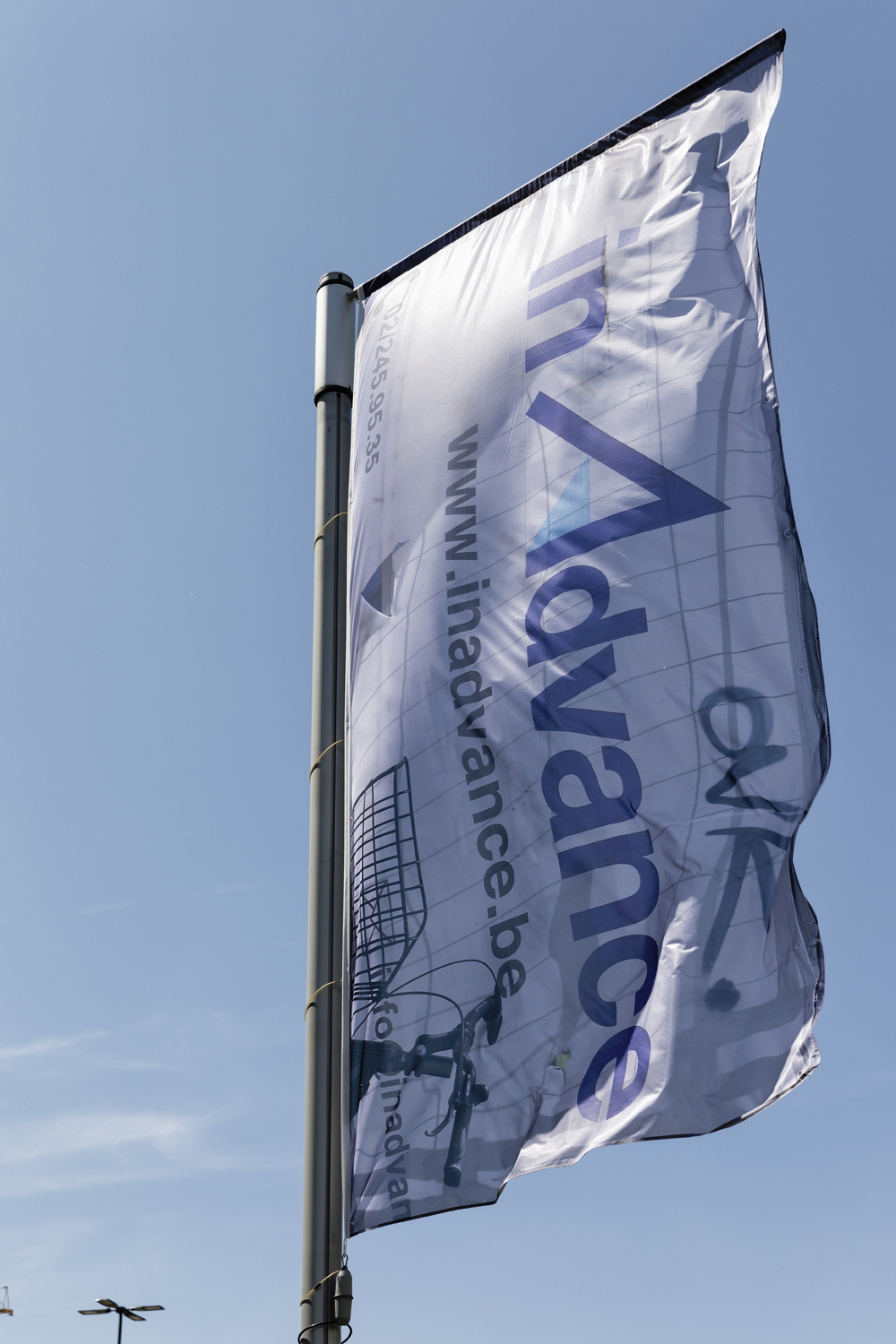 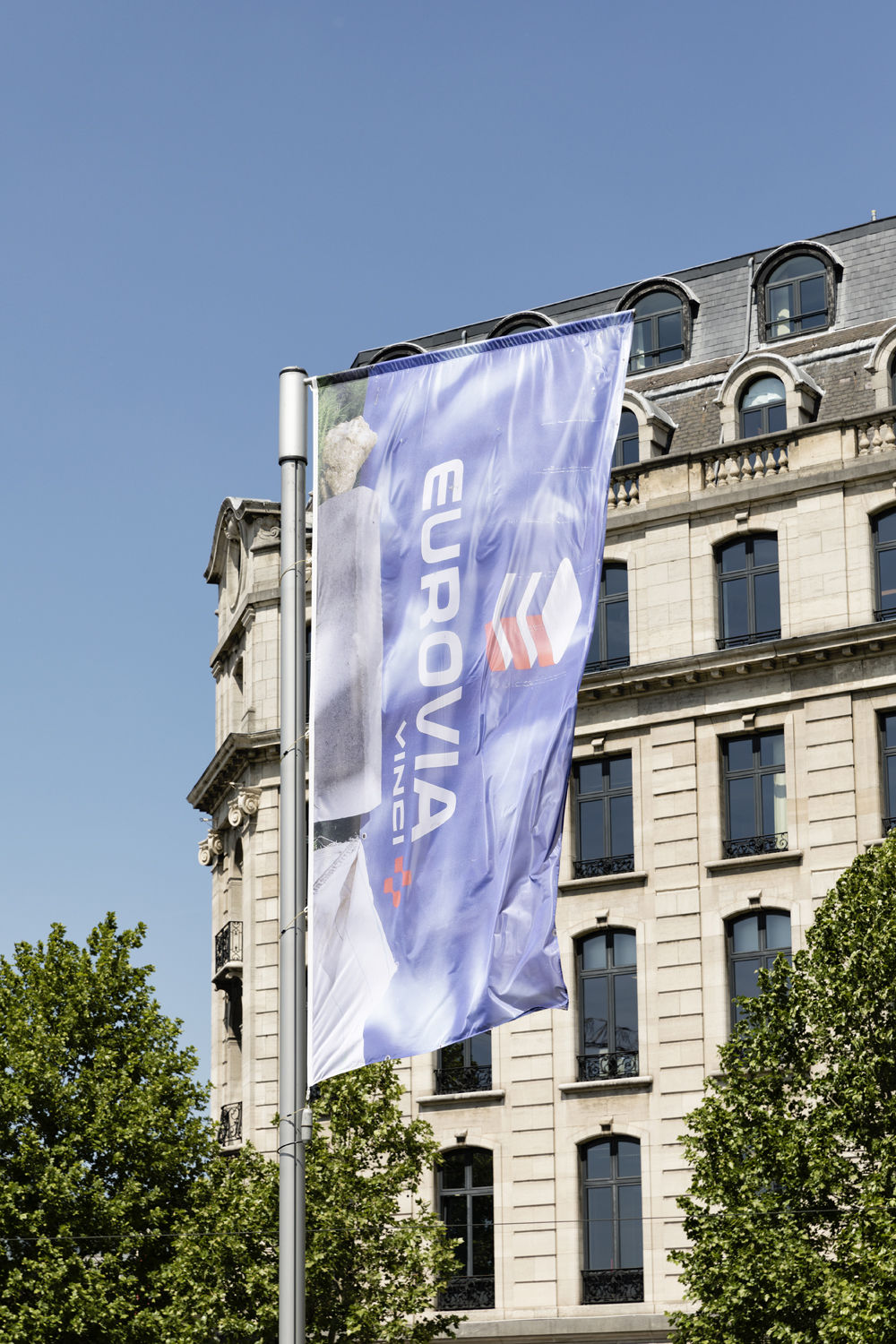 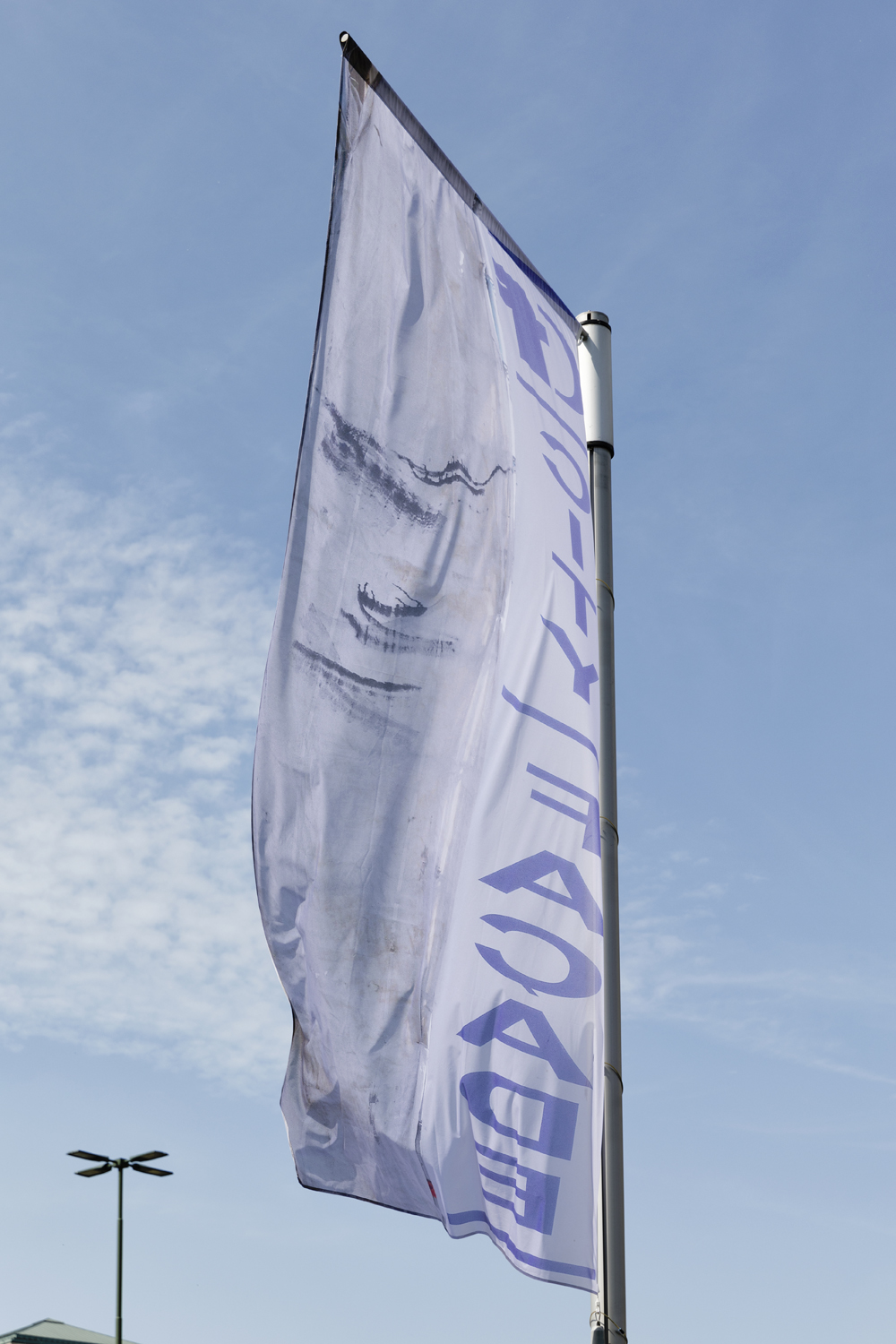 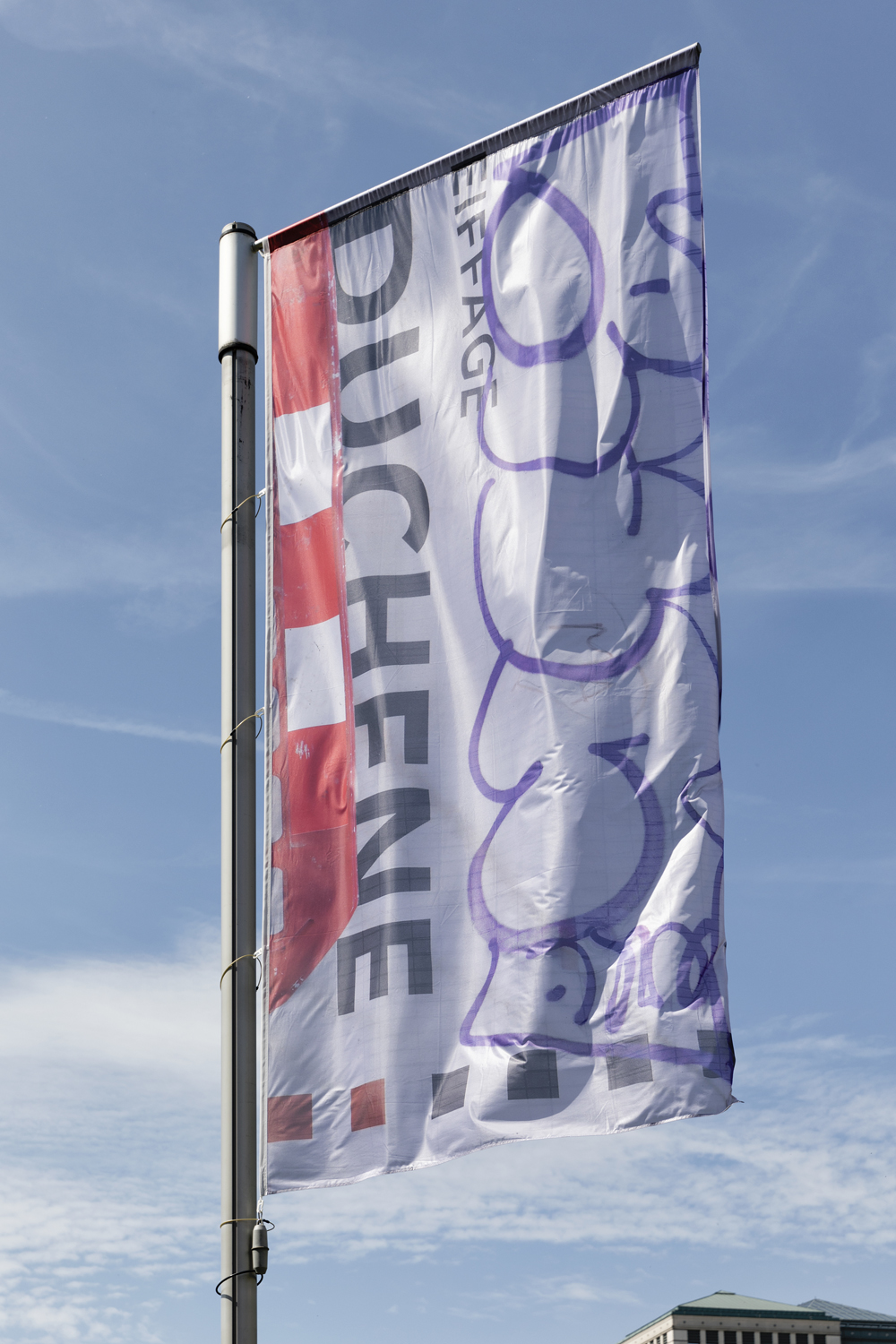 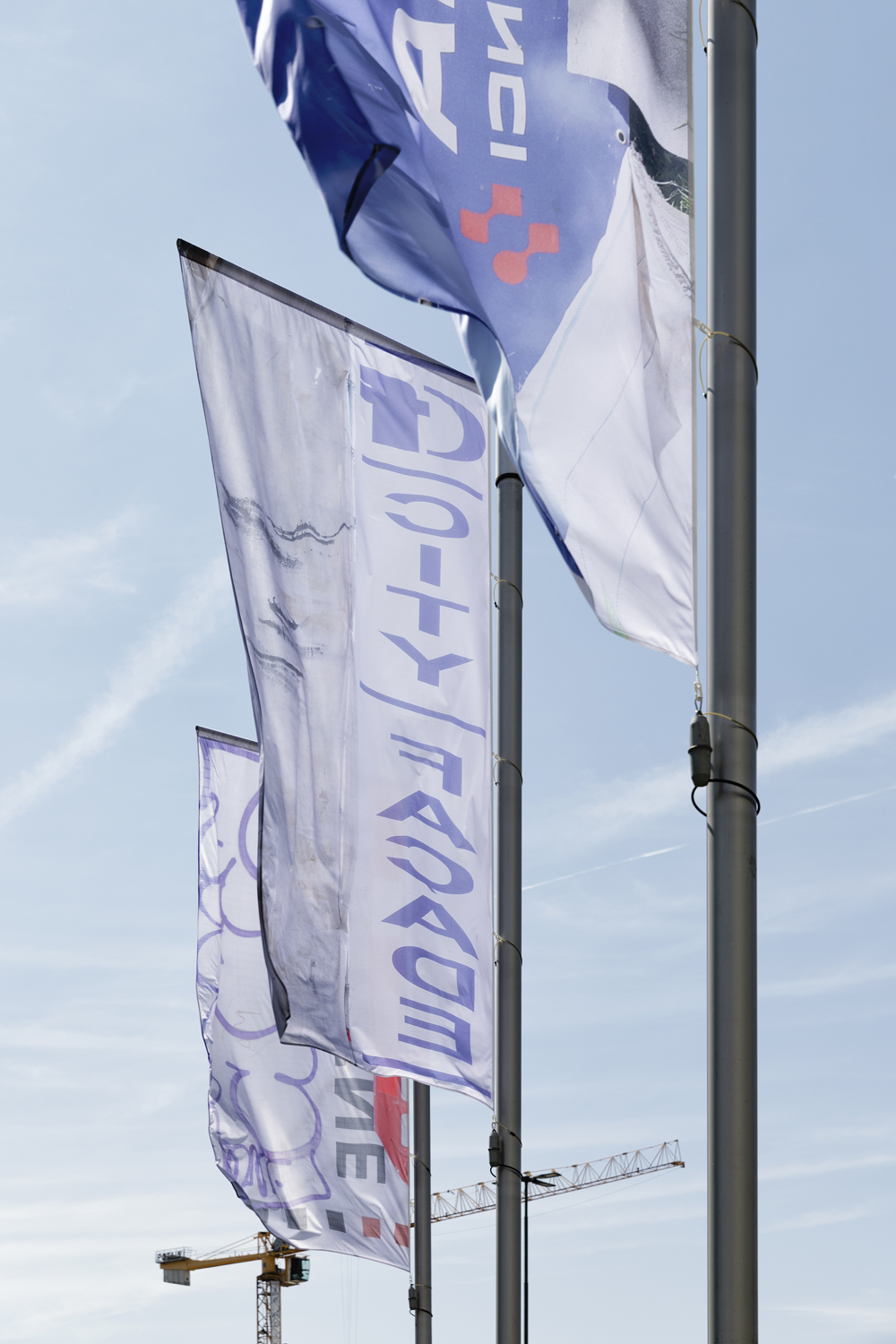 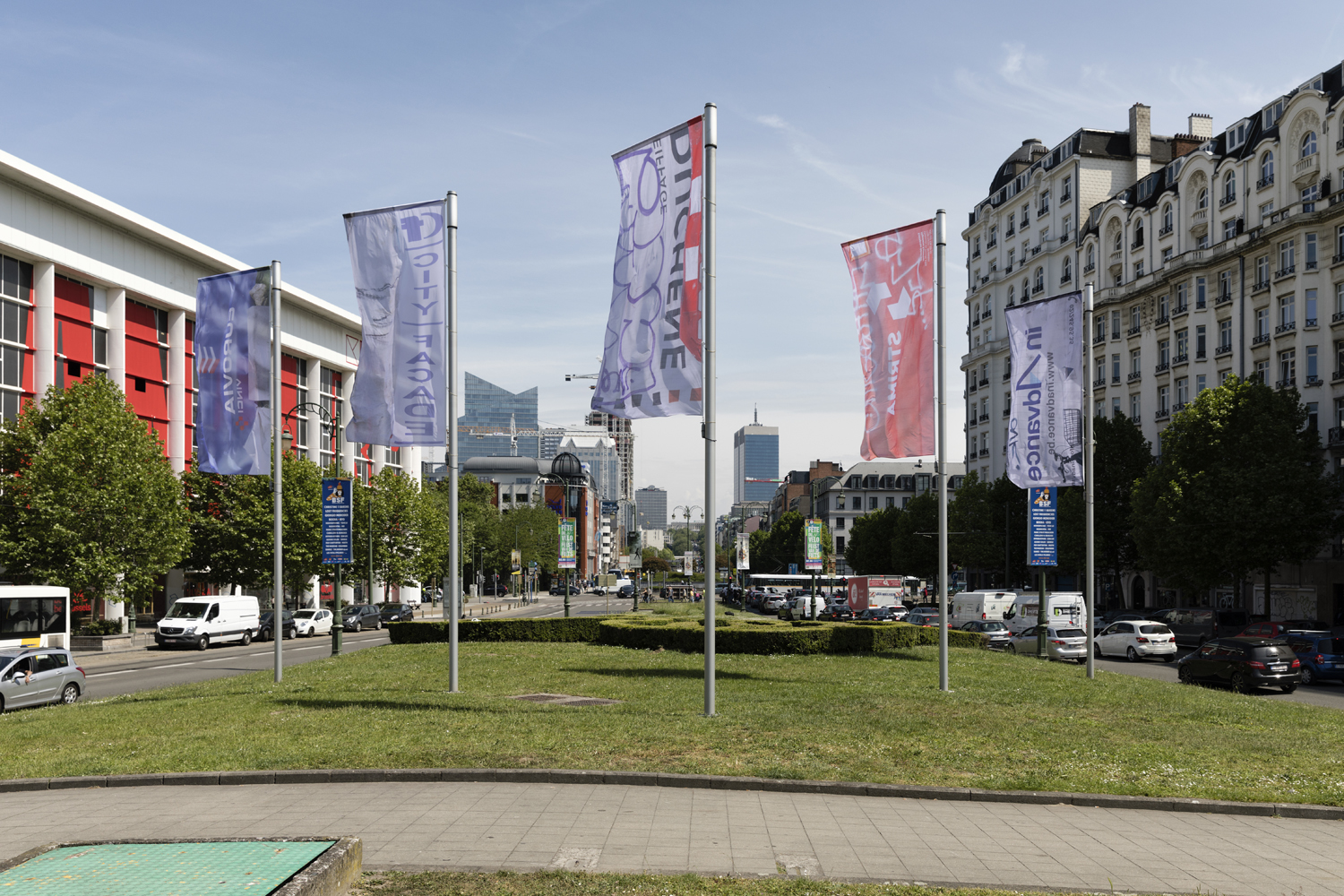 To accompany this public commission, artist Bram Boomgaardt made the following soundtrack.