A Temporary Monument for Brussels #3 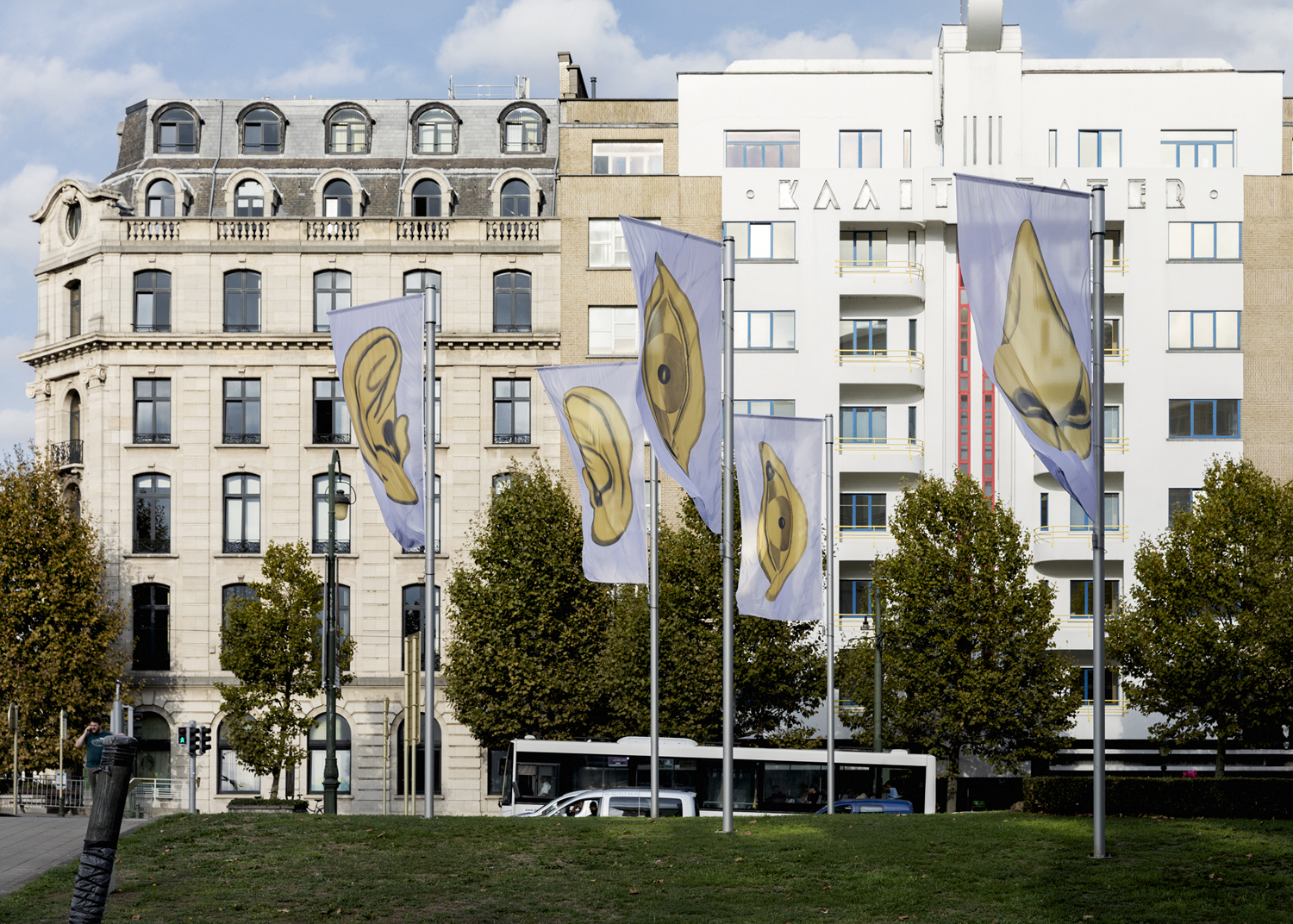 The work of Sarah Margnetti focuses on both the fragmentation of the human body as on the optical illusion of materiality. It is this trompe l’oeil technique of painted materiality that brought Margnetti to Brussels – to the Van der Kelen-Logelain Institute, where she received the technical training that characterises her virtuoso painting style. This Brussels-based institute was founded in the 19th century and is the only one in the world that focuses on traditional techniques of decorative painting. Students learn to imitate different types of wood and marble in a painterly way.

The seemingly massive materiality of Sarah Margetti’s paintings contrasts sharply with the temporary character of much of her work. Many of her paintings originate in situ – in a specific exhibition context in which the murals exist only for a limited time before they are painted over, and thus disappear.

Sarah Margnetti paints trompe l’oeil imitation marble and wood as a background for – and as a covering of – fragmented body parts. The painted facial features, such as noses and ears, but also body parts such as breasts and buttocks, show an objectification and commodification of the human – above all female – body, and the alienating anonymity that is part of this process.
For the flags of the A Temporary Monument for Brussels, Margnetti painted Autonomous Devices: five small wooden panels in oil paint, each with one facial feature on an imitation marble base. Together, the panels depict a face with two eyes, two ears, and a nose. As in many of her works, Margnetti chooses to show facial features (and in other works body parts) in a distinctive yellow. This yellow refers to the original yellow of the emoticon, which has been on the rise in our daily communication for decades. Besides being universally recognisable, yellow emoticons also have a generic skin colour. In this way, Margnetti’s proposal for A Temporary Monument for Brussels becomes a universal portrait – one that represents everyone who uses the public space around Sainctelette Square.

By juxtaposing these fragmented facial features, Margnetti nods to both the surrealistic Belgian art history – in which Magritte’s deconstructed faces and Marcel Broodthaers’ Oeil dans une Boïte en Plastique (1966), and Pot-Lèvres (1965) immediately offer themselves as references. We can read The Eye of Male Mortality (1947) by German-American dadaist Erwin Blumenfeld as a blueprint for this public work. The American conceptual artist John Baldessari also has a great influence on Margnetti, with works like his Ear Sofa and Nose Sconces (2009) or his painting God’s Nose (1965). Sarah Margnetti herself also cites Allison Katz’ series Noses as a reference and is currently studying the writings of the American Judy Chicago.

The organic character of these fragmented facial features contrasts strongly with the cool marble background. Marble is the classic material par excellence for art in public space. Both art history and public space are filled with marble sculptures. In Sarah Margnetti’s Autonomous Devices, however, the marble is an illusion, painted with oil on a wooden panel, and then digitally converted into a series of flags. In line with this series of temporary reflections on what a monument to the city can still be today, Sarah Margnetti’s marble is a temporary illusion, transformed into an unexpectedly mobile material, that dances in the wind. 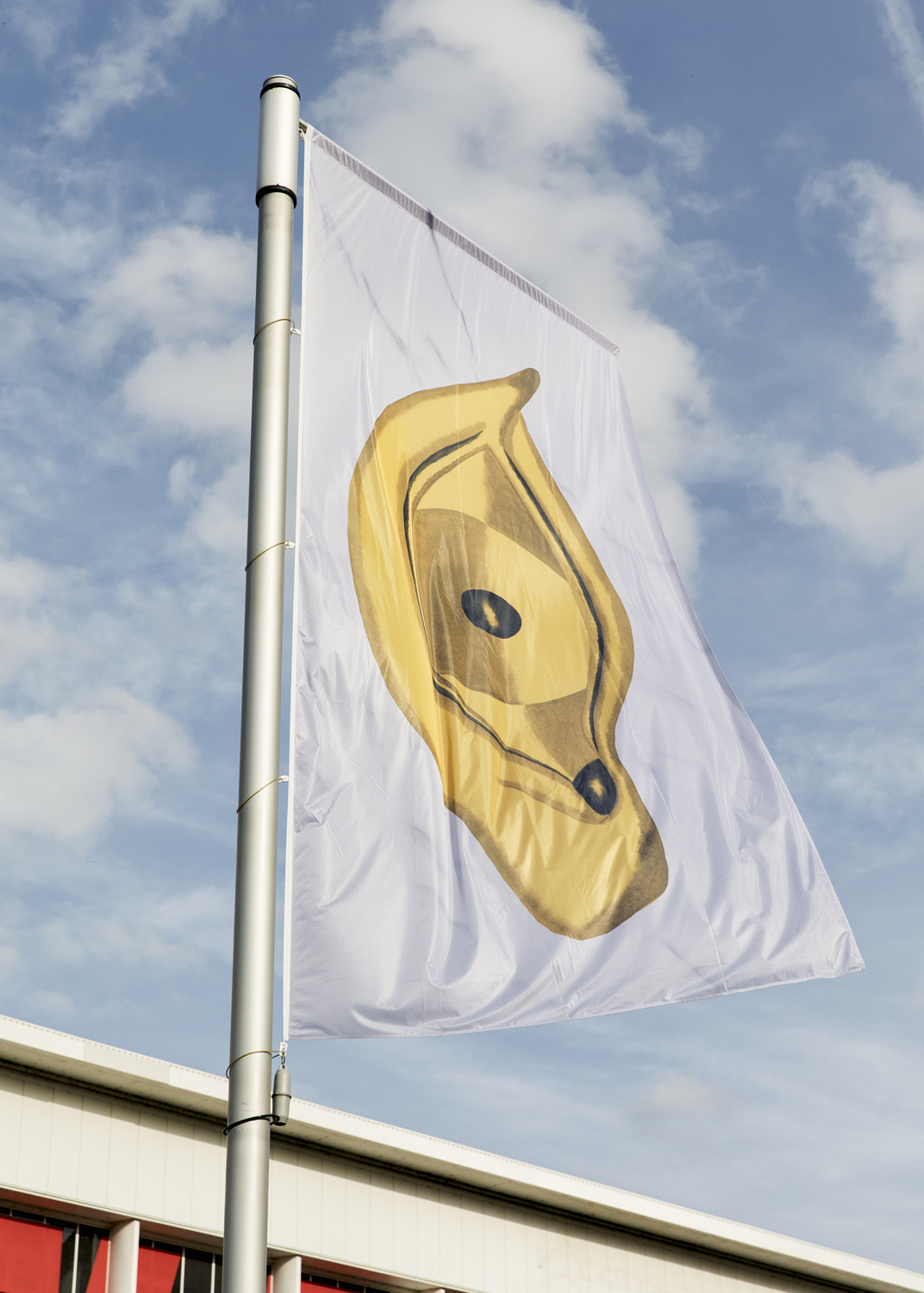 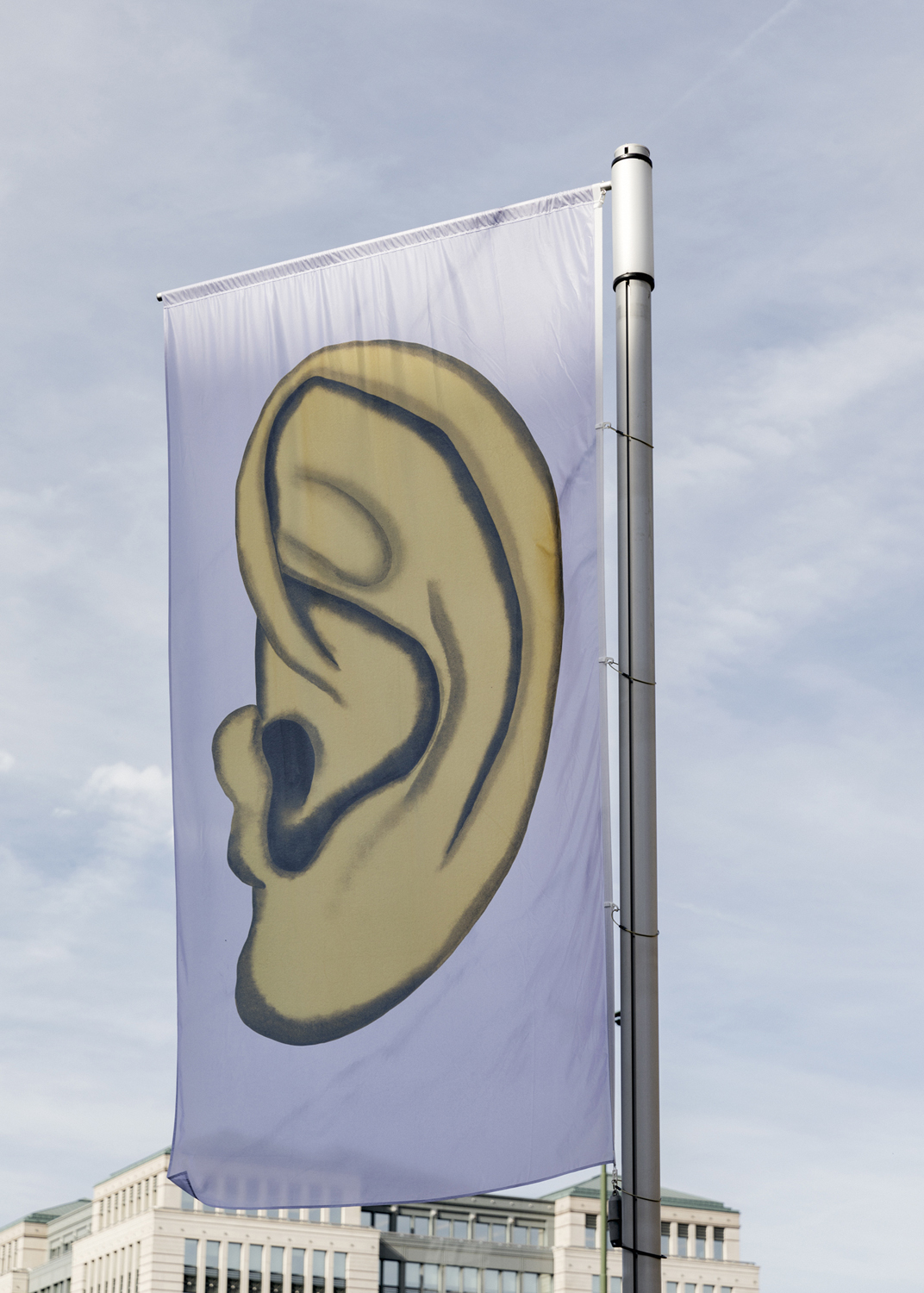 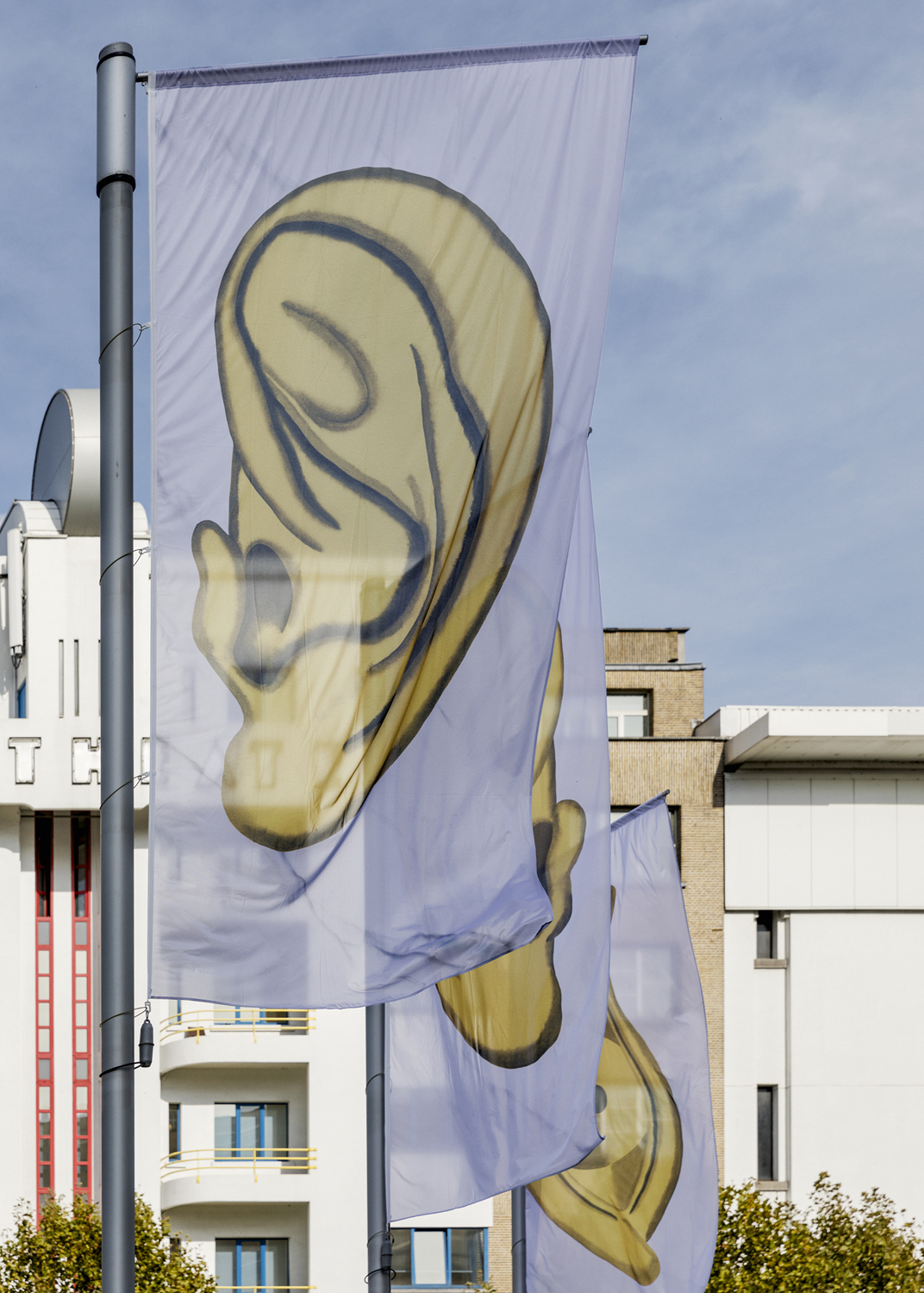 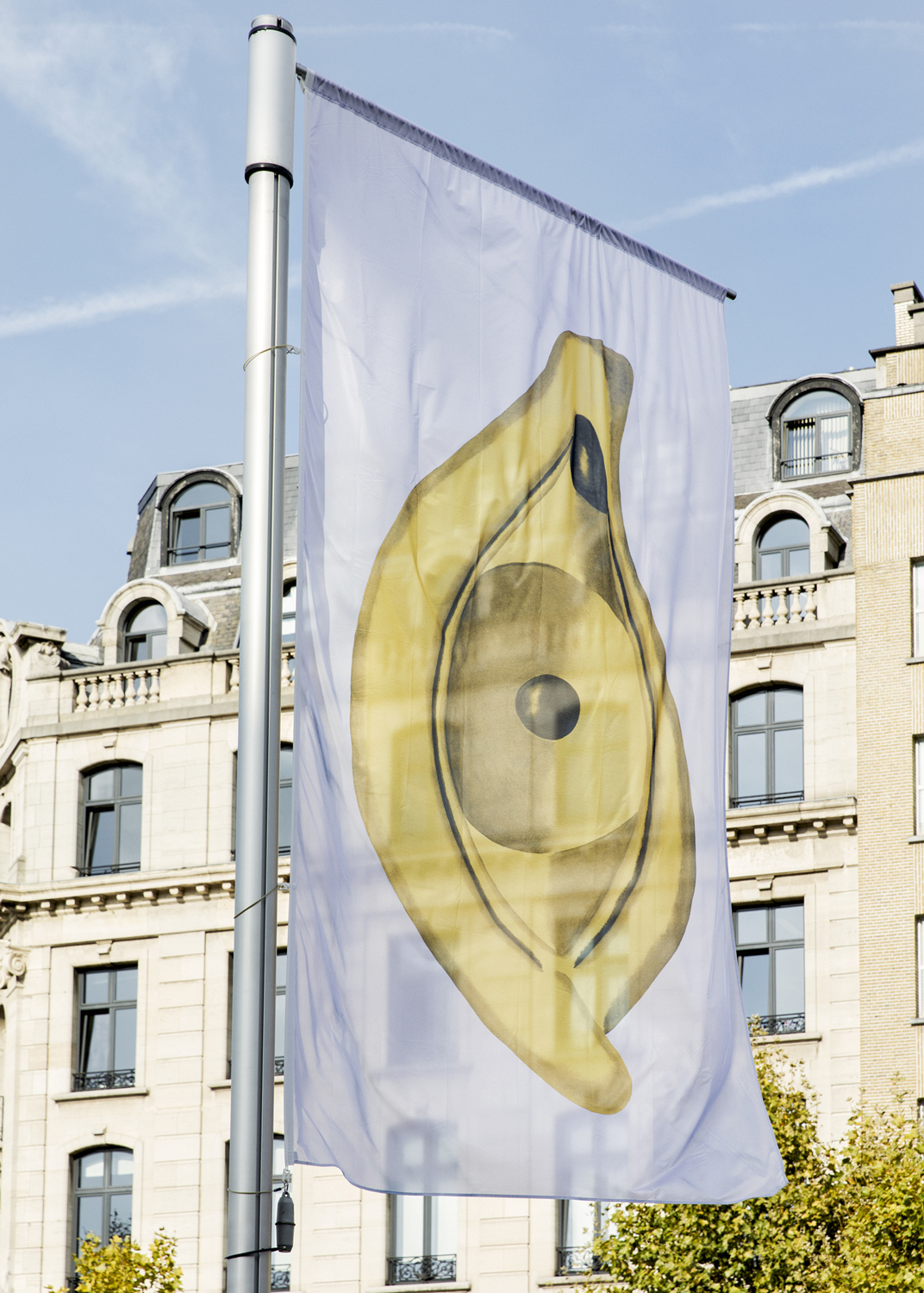 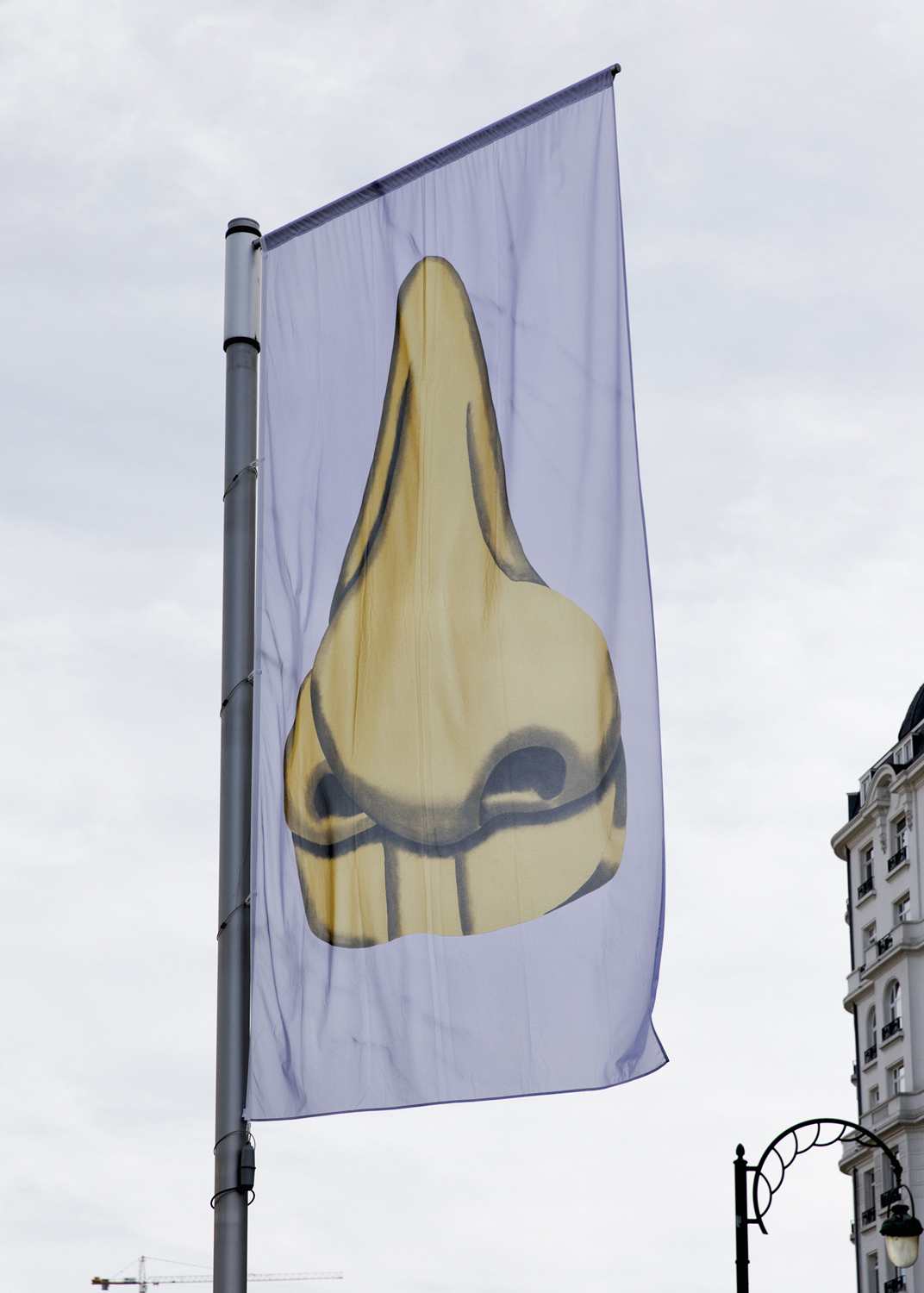 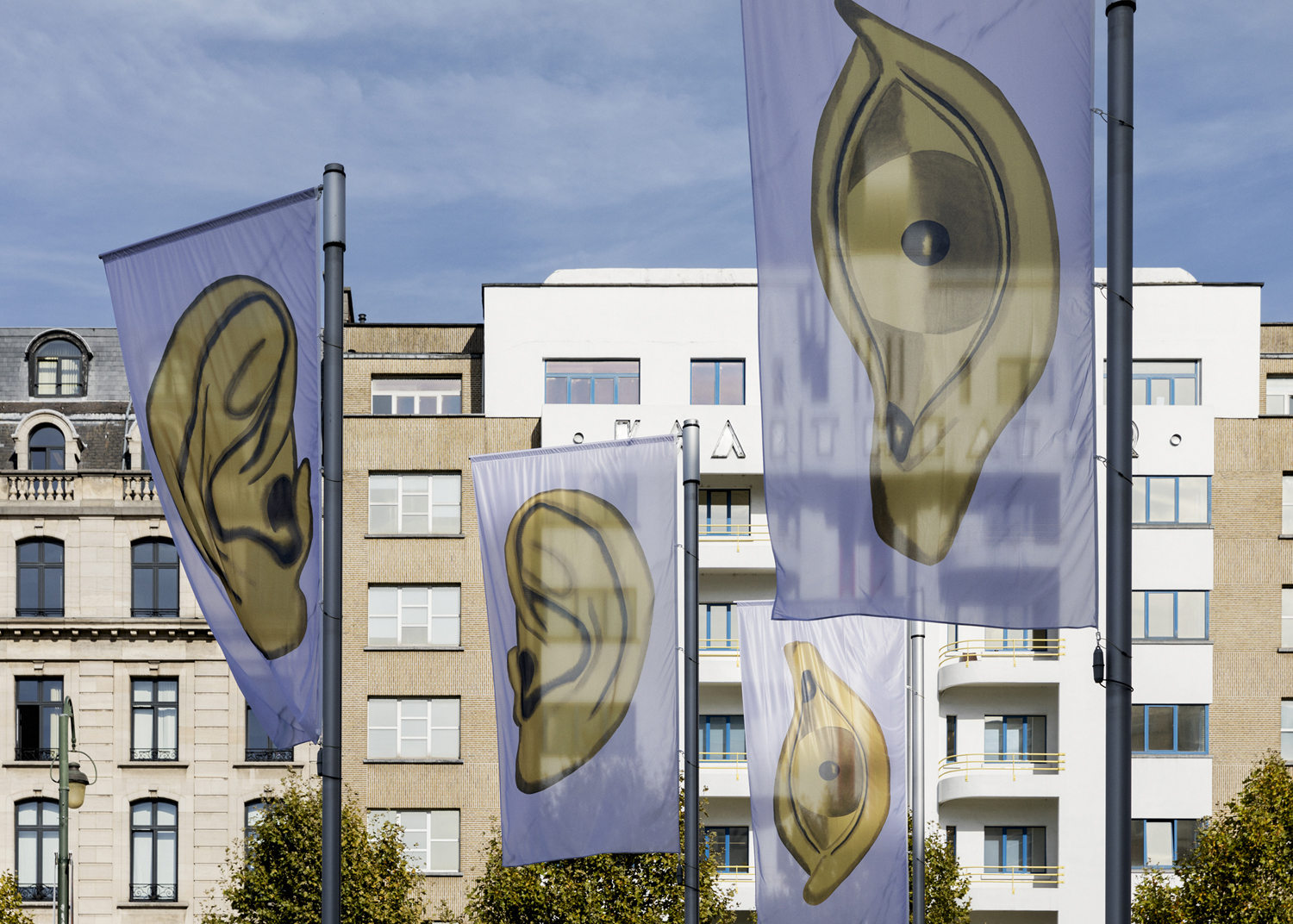 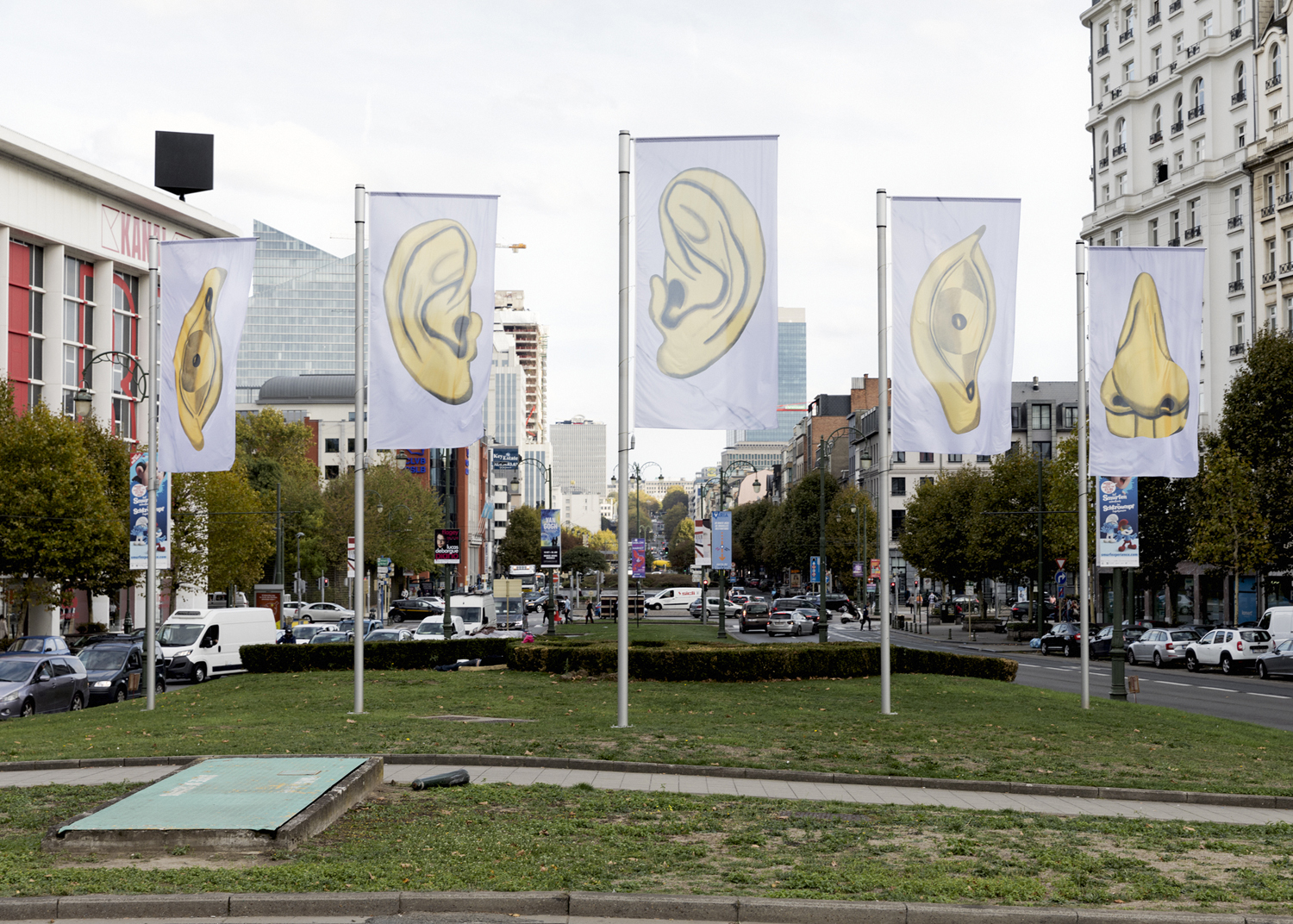 (Oil paint on panel – unique painting in a series of ten variations, signed by the artist )