The work of Peter Morrens is not easy to define. He draws and paints, writes and photographs, makes sculptures and installations, does performances, and makes books and films. At first glance, his work seems to go in all directions. You might even think that it is the work of different artists. But actually, his practice is very coherent: he offers us a look at how we relate to the world.

We understand the world and our place in it through images, and how we interpret these in different ways. Peter Morrens works with fragments of these very images: he selects and copies, reworks and adapts existing images, and through his translation, they acquire a personal resonance. For this, Morrens uses very diverse image sources: found fragments from magazines, images from art history, early drawings of his children, images of his own works of art, preserved fragments of text, etc. In this way, Peter Morrens’ entire practice is based on collaboration and association: each work grows out of another image, text fragment or movement, and then, in turn, transforms into a new image. This constant transformation creates an ever-changing maze of meaning.

Through his work, Morrens wants to stimulate encounters and make connections. This is perhaps most evident in his ongoing series Covers #2. Whereas a previous series (entitled Covers #1) consisted of reworkings of his own artworks, these black-and-white drawings pay homage to artists that Morrens admires – well-known ones like Chris Burden or Bruce Nauman, but also younger and less famous artists, such as Gijs Milius. Just like in a musical cover, Morrens’ re-workings are not always immediately recognisable. Sometimes they are almost identical, but other times the similarities are minimal. One of the drawings, for instance, is a re-working of a 1660 landscape by Johannes Vermeer entitled View of Delft. Morrens, however, reworked the landscape into a blur, as if you were seeing Delft from a passing train: thundering, fragmented and fleeting. The drawing that depicts Chris Burden’s famous 1971 performance Shoot – in which a friend of the artist shoots him in the arm during a performance – is on the other hand recognisable at a glance. 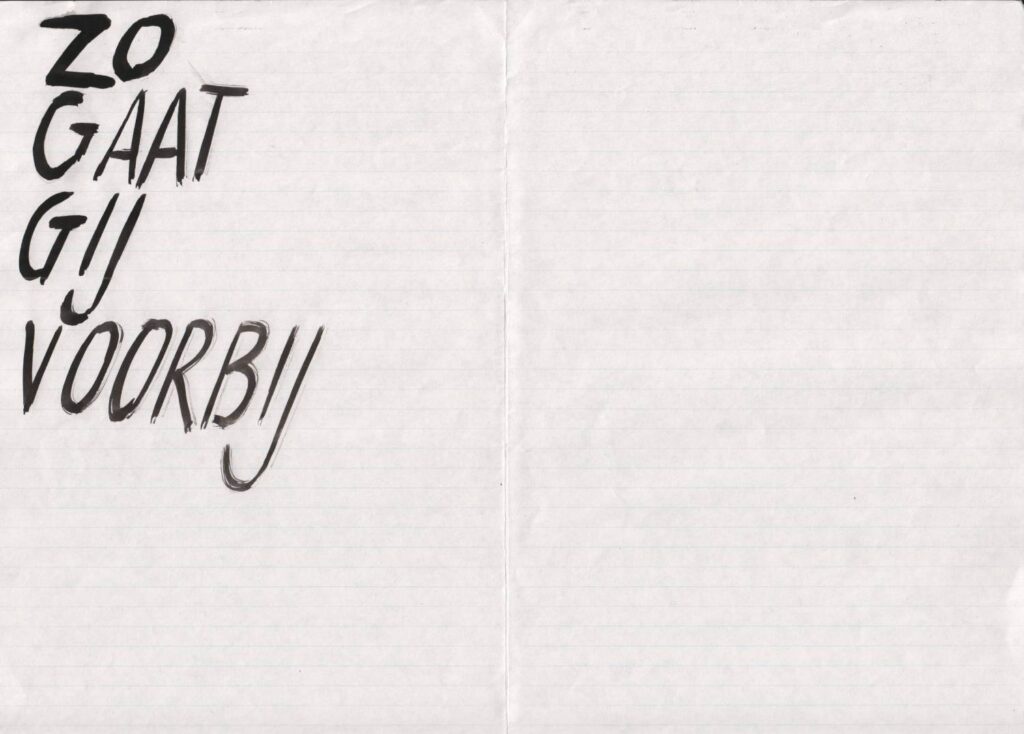 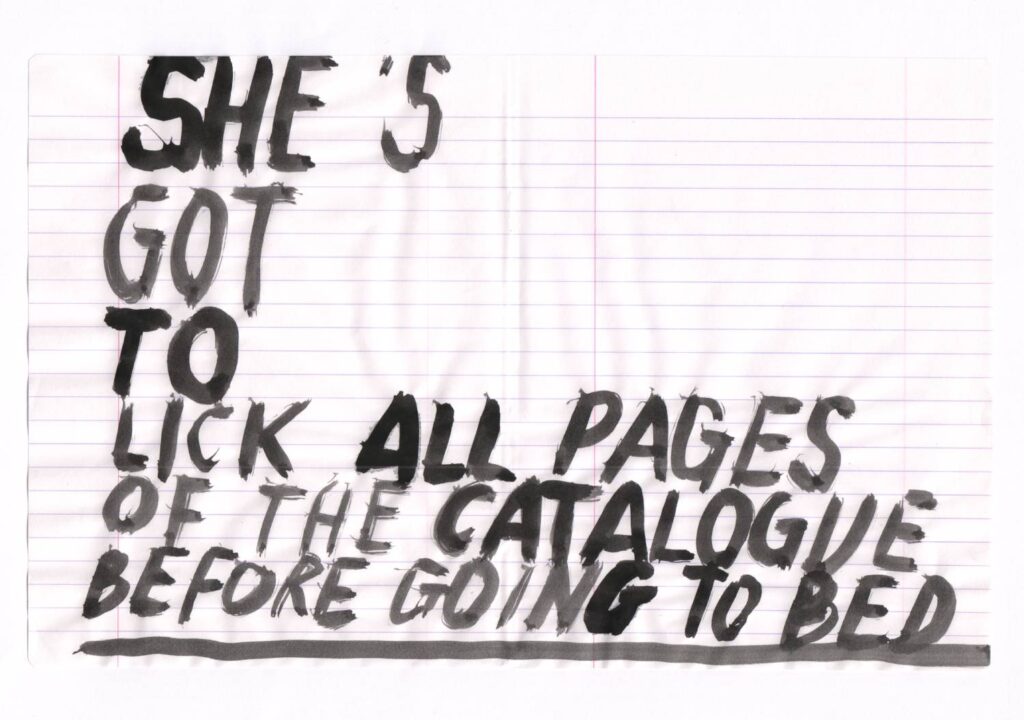 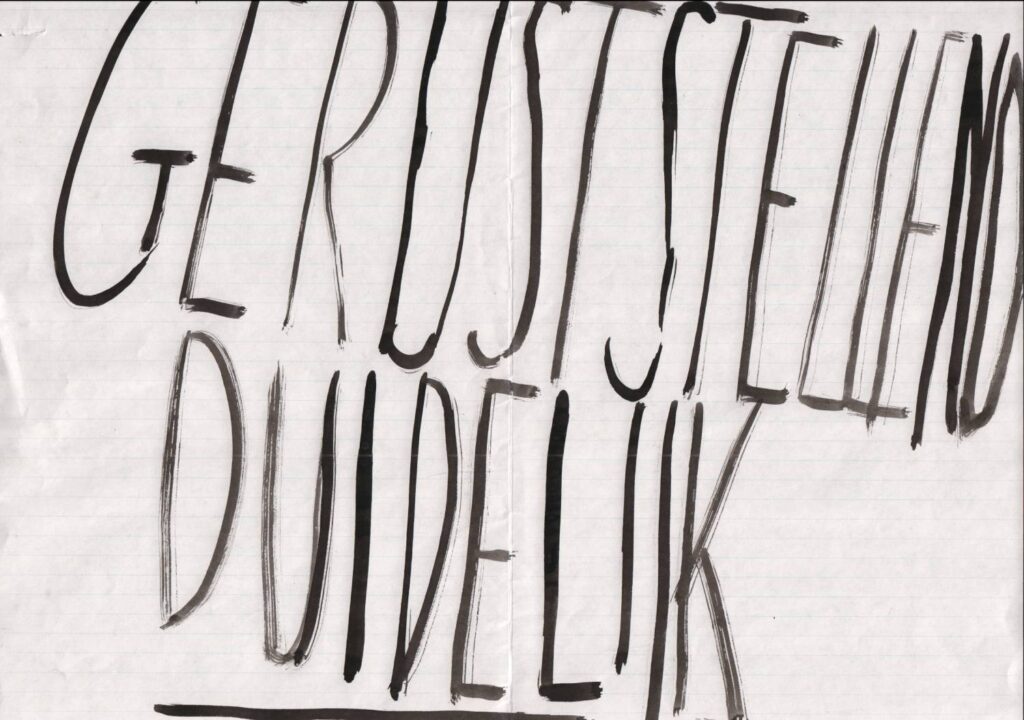 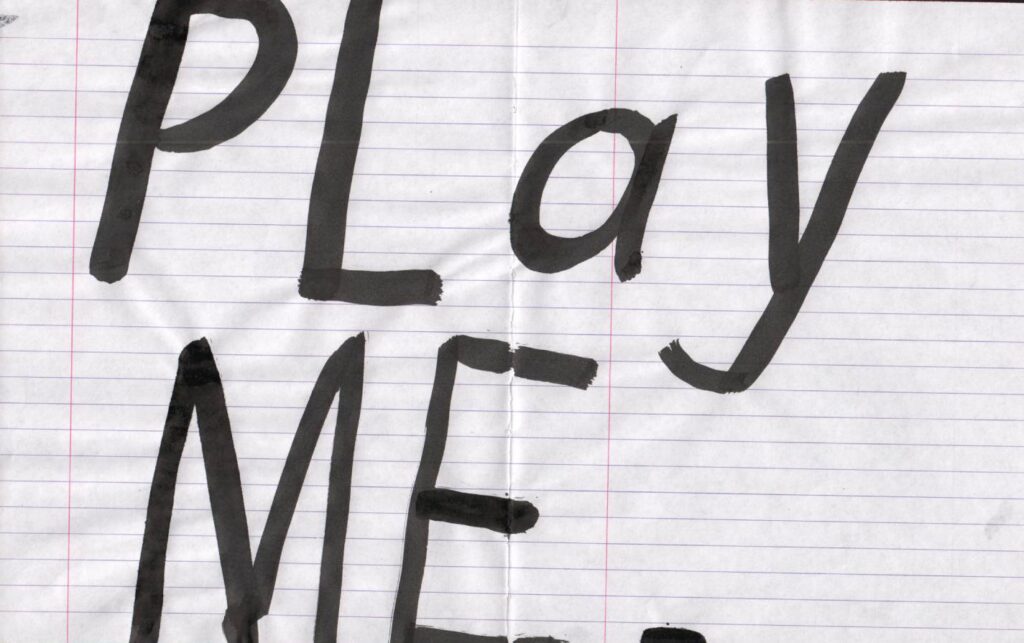 The work shown by Peter Morrens in our Billboard Series is part of an ongoing series entitled Point Blank Press. This is a direct language agency, with Peter Morrens as its only employee. Writer Ed Krcma calls Peter Morrens ‘an auditory flycatcher’: he catches words and phrases he hears when he’s on the train, in a café, on the street, while reading, etc. Sometimes these are bold and strange, sometimes light-hearted and humorous, at other times completely banal. These Dutch, French, English and German words and phrases are written down on the pages of old school exercise books. The strict structure of these pages (with pre-printed grids and lines on which to write) contrasts sharply with the rough, undisciplined and clumsy way in which Peter Morrens sets down his texts. For Peter Morrens, these text works are drawings, by the way, and so language errors simply remain. For: ‘there are no language errors in drawings’, according to the artist.

Peter Morrens reworks the pages from the Point Blank Press series in another series entitled 300%. The blank pages Morrens uses to record the collected text fragments from PBP are reproduced in this new series by hand, but 300% larger than the original. The sheets are detached from the school exercise books and sometimes provided with two holes and self-adhesive protective rings.

Like other works by Morrens, this series carries with it a multitude of references – not only to Morrens’ own earlier work, but also to historical conceptual art or to the enlarged everyday objects of Pop Art artist Claes Oldenburg. And so each work builds on an older work of art, in turn forming the basis for a new transformation that in an endless spiral depicts our relationship with the surrounding world.