The practice of Nástio Mosquito (°1981, Luanda, Angola) deals with cultural inheritance in the broadest sense of the term, addressing problems of identity, contemporary culture, politics and post-colonialism. He approaches these issues in a multi-disciplinary way; floating freely between installation, performance, video and music.

His practice often is a collaborative one. Having started as a cameraman and director, Mosquito understands the necessity of exchange and communication to create. Performance, however, remains to play an important role, and Mosquito generally takes center stage. Often assuming personas, the characters he plays don’t necessarily reflect his own beliefs but are rather based on observations of today’s human condition. As a performer, Mosquito consciously opens up space to interpret identity in different ways, trying constantly to offer different perspectives.

Looking to blur distinctions – especially binary ones such as truth or lie, or right or wrong – this ambivalence is never gratuitous, but rather a way of looking at the world, of being able to pose questions and finding them an audience.

Nástio Mosquito’s practice points us towards a future in which the categorization of cultural identities, and the clear division between art forms, between low and high culture, sole creator and collaborative gesture, will become either redundant or irrelevant.

With this billboard, M.F.H.N.S.(#II), Mosquito poses an urgent question about the linked concepts of identity and authority. By stating that his father has no surname, Mosquito not only questions the concept of identity but also removes the authority that comes with it. Because, as Mosquito puts it: “whomever or whatever you recognize as an authority, rules you. We all give it to someone or something.” As a spectator, you automatically pose yourself the same question; which forces define me and have therefore an authoritative power over me? Who or what do I follow?

Every night, between 22h30 and 6h30, a sound piece Nástio Mosquito composed layers another meaning over the billboard. The eight-minute piece plays four times every hour and builds up a narrative that, free-floating through different musical styles, tracks the historical journey of music as a tool of empowerment, celebration and liberation. On the inauguration of this new billboard, musician Steve Slingeneyer played a live improvisation based on Mosquito’s sound piece. 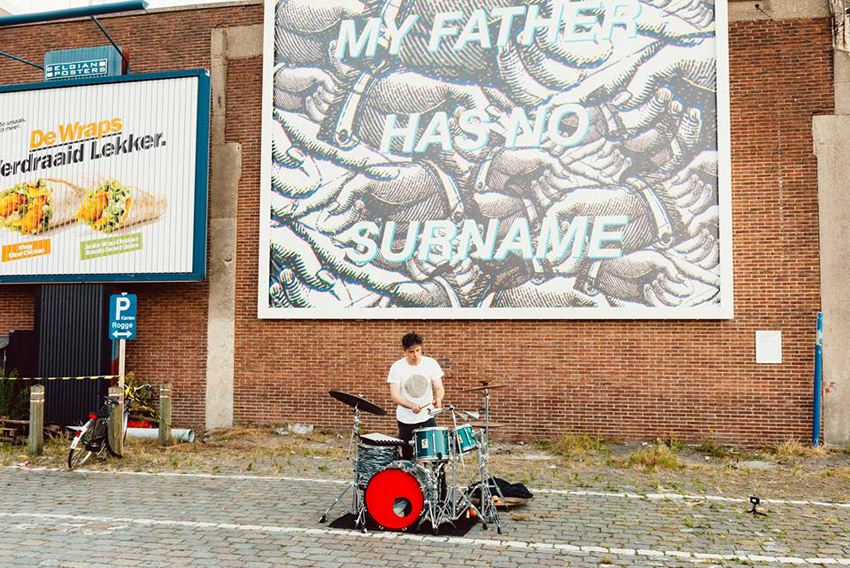 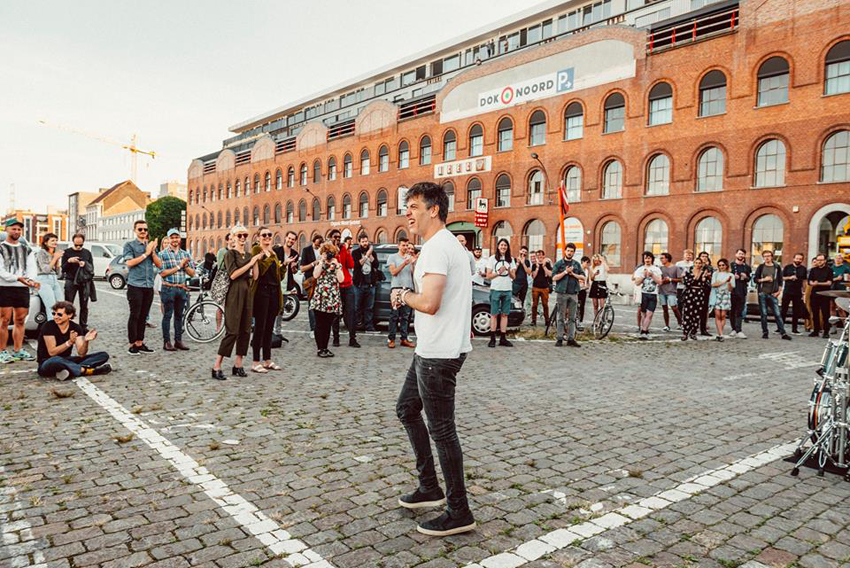 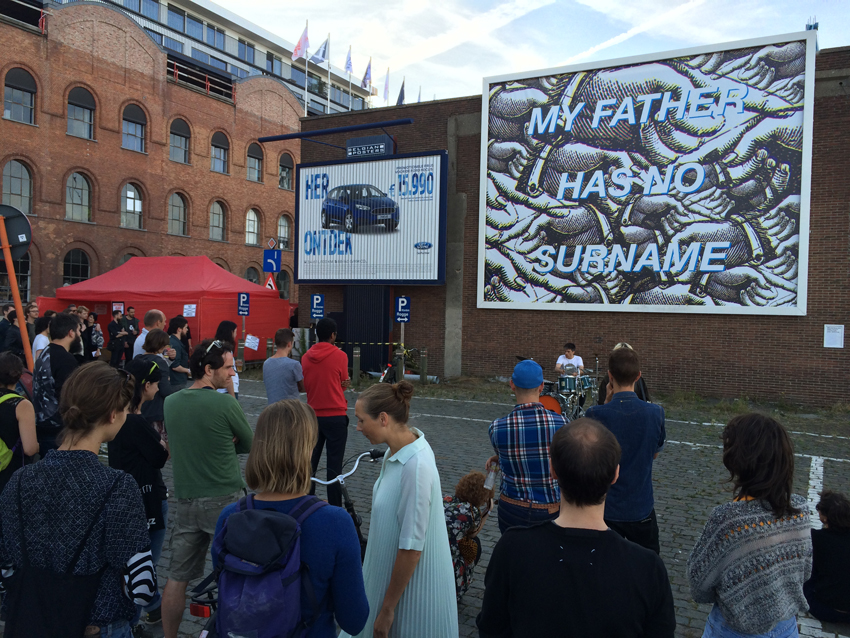