Hana Miletić (°1982, Zagreb) works with (digital) photography and the technique of weaving. Miletić weaves textiles and draws inspiration for this from her photographs of repairs and transformations in the public space. Miletić lives in Brussels and Zagreb (she moved to Belgium in the early 1990s) and photographs such transformations in both cities. The photographs she takes show repairs to vehicles (for example, to the rear-view mirror or a window), but also to buildings or urban infrastructure. Typical for the repairs is that they are made with temporary and simple materials – mostly tape.

Weaving is slow and requires a lot of time and dedication – a different speed than the one with which we make digital images today. At the same time, the same principle of zeros and ones underlies how both digital photography (with light and dark) and weaving (with warp and weft thread) create an image. For Miletić, the translation of a digital photograph into a woven object is a process filled with social and economic stories. The artist herself speaks of a practice of ‘care and repair’, in which she sees weaving as a means to re-evaluate the relations between working, thinking and feeling, and to counteract social and economic conditions such as acceleration and standardisation. 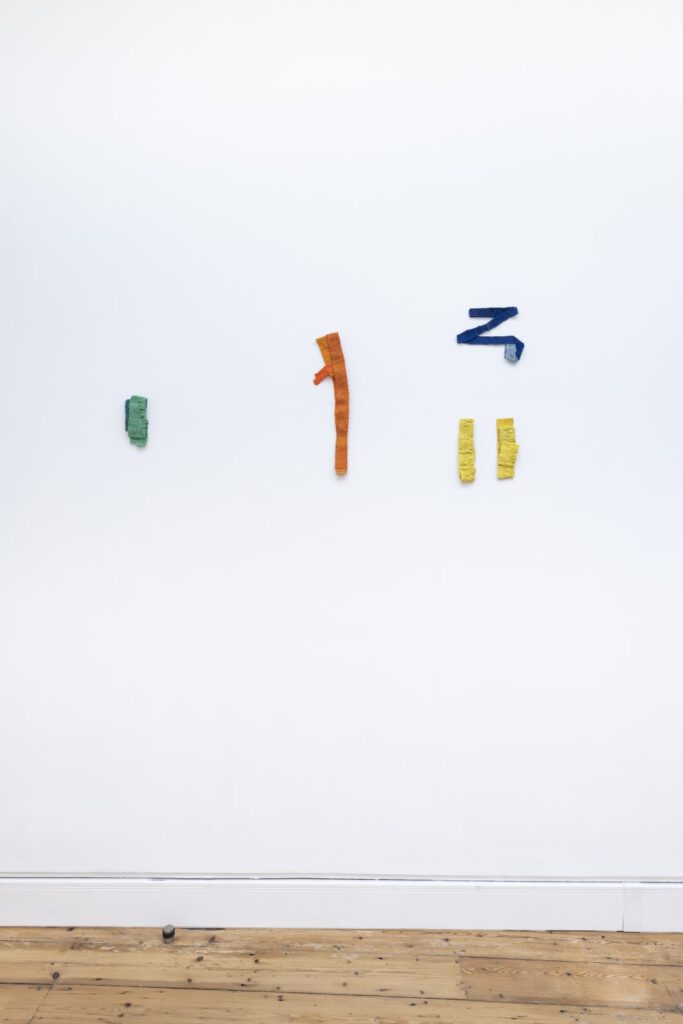 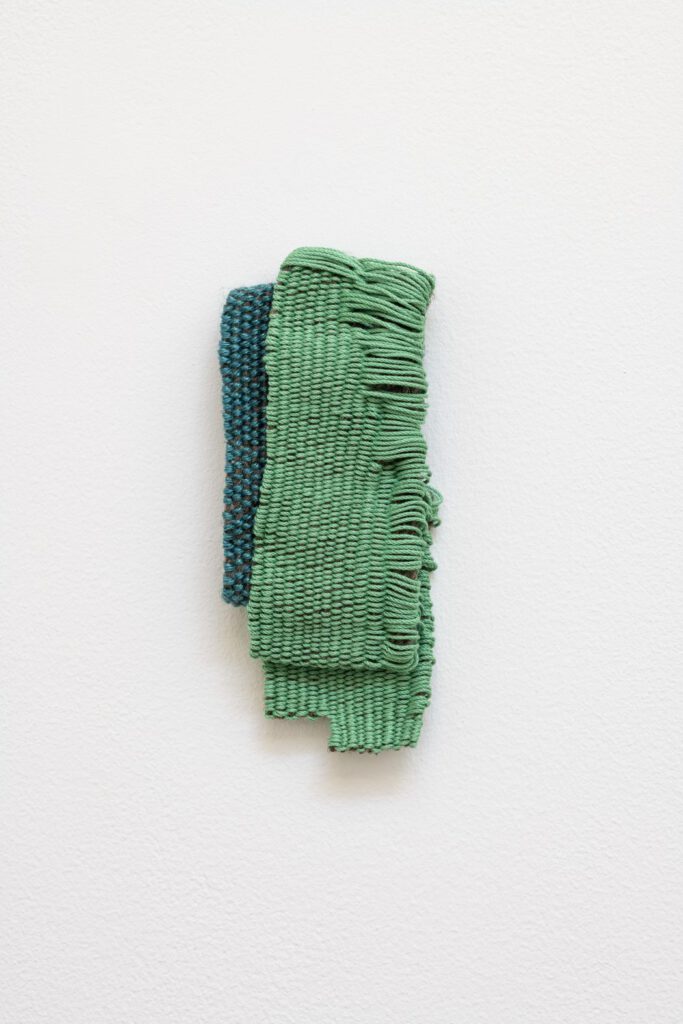 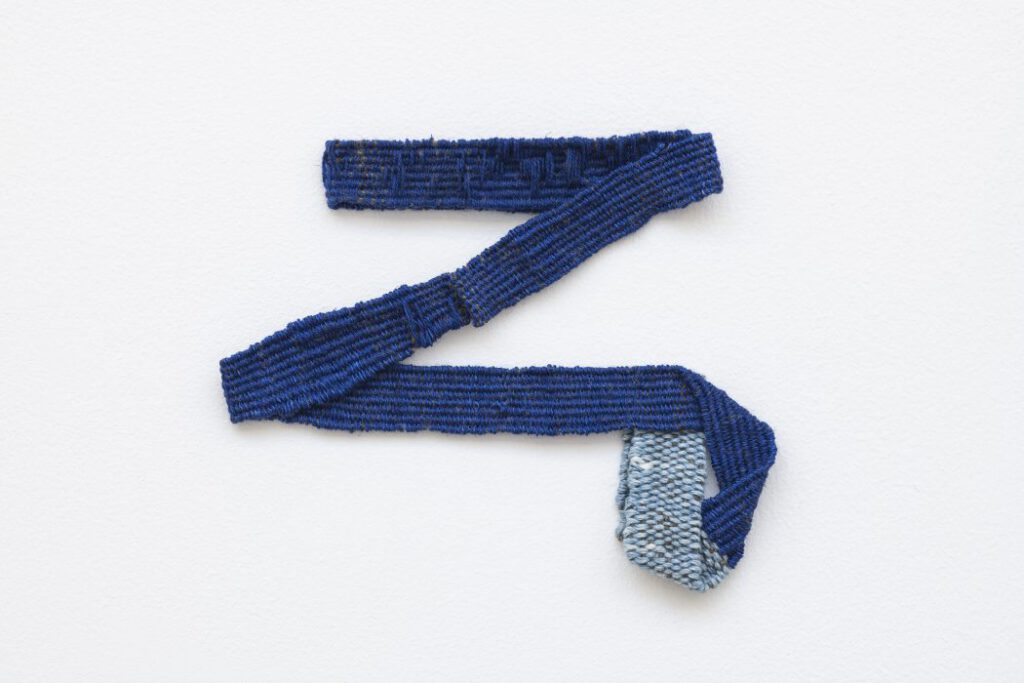 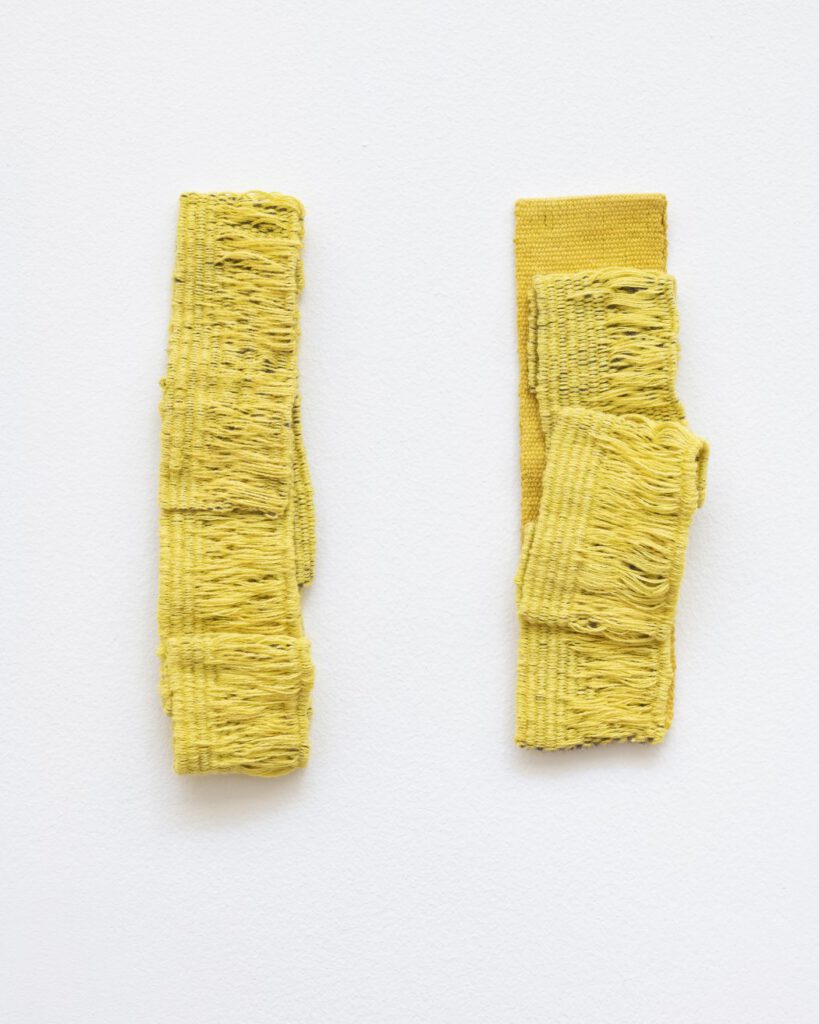 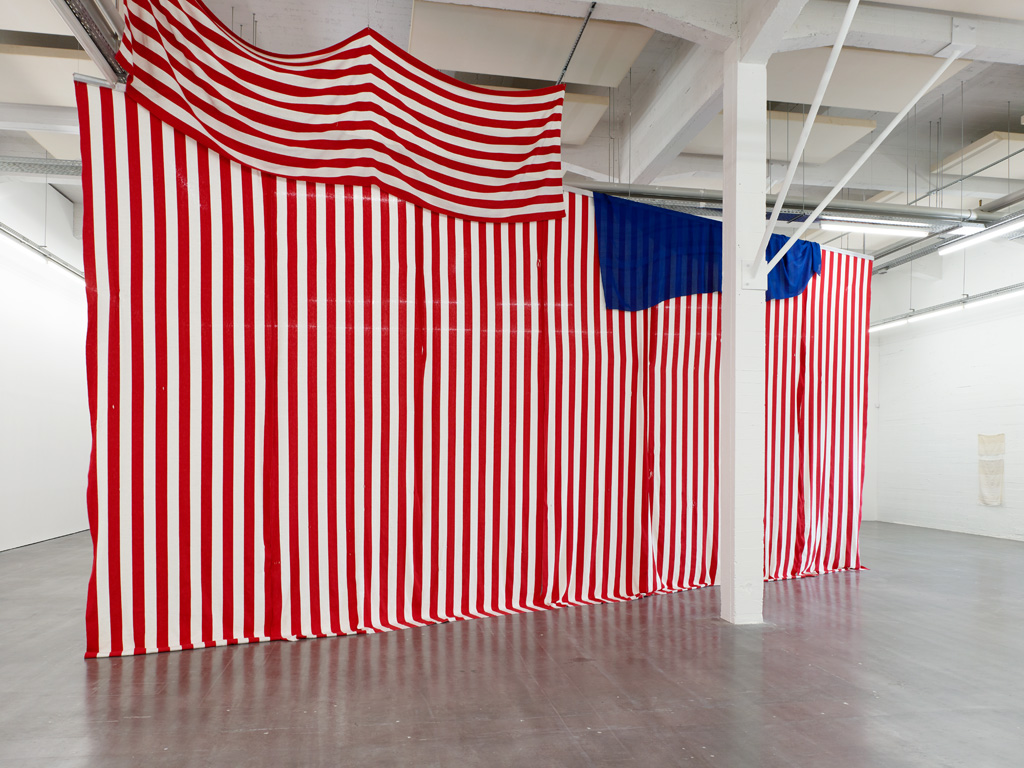 Hana Miletic - Exhibition view of Dependencies, at Wiels, Brussels in 2018 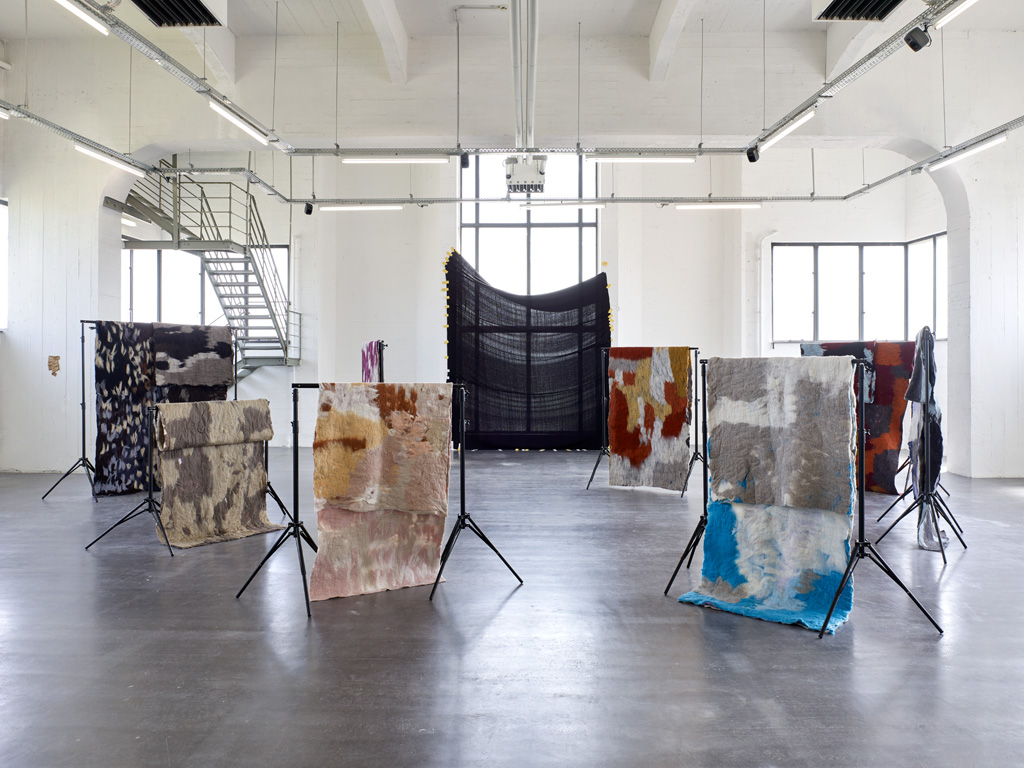 Hana Miletic - Exhibition view of Dependencies, at Wiels, Brussels in 2018

Miletić works in several series. The aforementioned hand-woven works have the overarching title Materials, and form the core of her practice. In addition to reproductions of small repairs, Miletić also makes very large hand-woven textiles, which are based on protective tarps she documented in public spaces. The tarps she chooses were used on the construction sites of specific buildings – such as the destroyed University Library of Bosnia and Herzegovina in Sarajevo, or the Van Humbeeck monument in Brussels.

Yet not all of Miletić’s works are handmade. The series Softwares – placed in a room-filling installation in her solo exhibition at WIELS in 2018 – is woven on a loom controlled by a computer. The artist disrupted the machine-like operation of the Jacquard loom – the predecessor of the computer – by manipulating the fabric manually. The grey and white checkerboard pattern that Miletić used here recurs in the work she made for A Temporary Monument for Brussels. These flags are not handmade either. They were machine-printed with a grey and white checkerboard pattern, from which the artist – though manually – cut away several pieces.

The pattern on Miletić’s flags refers on the one hand to the transparency grid from our digital image. All photo editing software (such as Photoshop) uses this grey and white checkerboard pattern as a transparent background. When you cut out a piece of a digital image, this pattern becomes visible. On the other hand, the same grid also refers to the grid used to weave patterns. Photography and weaving share the same back room of the grid made up of zeros and ones, light and dark, warp and weft. Both grids – that of digital photography and that of weaving – thus support the production of images, moreover, they make these images visible.

This grey and white checkerboard pattern not only shows us the absence of a defined image, but at the same time carries the invitation to fill the void of the flag with a new, personal image. By cutting away pieces from the transparency grid, Miletić creates a less standardised and more variable design for the flag. Through the cutaway pieces in the flag, the (urban) landscape behind it becomes visible, as the space shaped by many different individuals and communities.