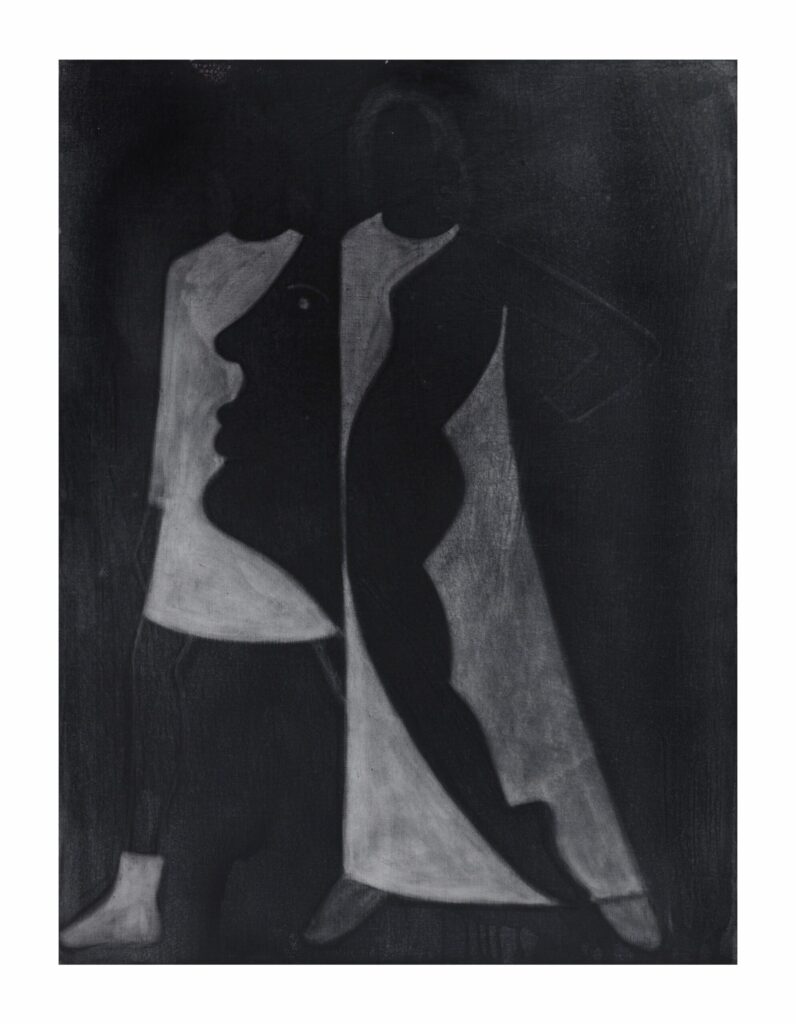 Silke Otto-Knapp is best known for her watercolour paintings onto canvas, which juxtapose luminosity with flatness. Predominantly addressing the practice of painting via concerns with the physicality of paint and surface, Otto-Knapp’s paintings marry abstraction with figuration. All are deployed with a rigorous signature method – repeatedly applying washes that are then partially removed to build diaphanous forms.

Typically working from photographic images, Dresses (YSL autumn/winter 1966), is based on found images of YSL’s iconic, Tom Wesselmann inspired, shift dress. Produced in Otto-Knapp’s signature style, masterfully captured in this silkscreen, the bodies of the two models flicker in and out of view from behind the dominance of the dress; subjects caught in a tension between artifice and reality, both manifest and blurred.

Silke Otto-Knapp is a painter who works in the medium of watercolour on canvas. Otto-Knapp produces landscape paintings as well as paintings based on historical documentation of stage design and performance. Unlike traditional watercolourists, Otto-Knapp applies layers of watercolour that are washed down and then applied anew. These countless coats produce the coexistence of conflicting concepts of space – surface and depth, contour and corporeality, distance and closeness, reality and figurativeness – which give rise to a tension between the motif and the picture surface.