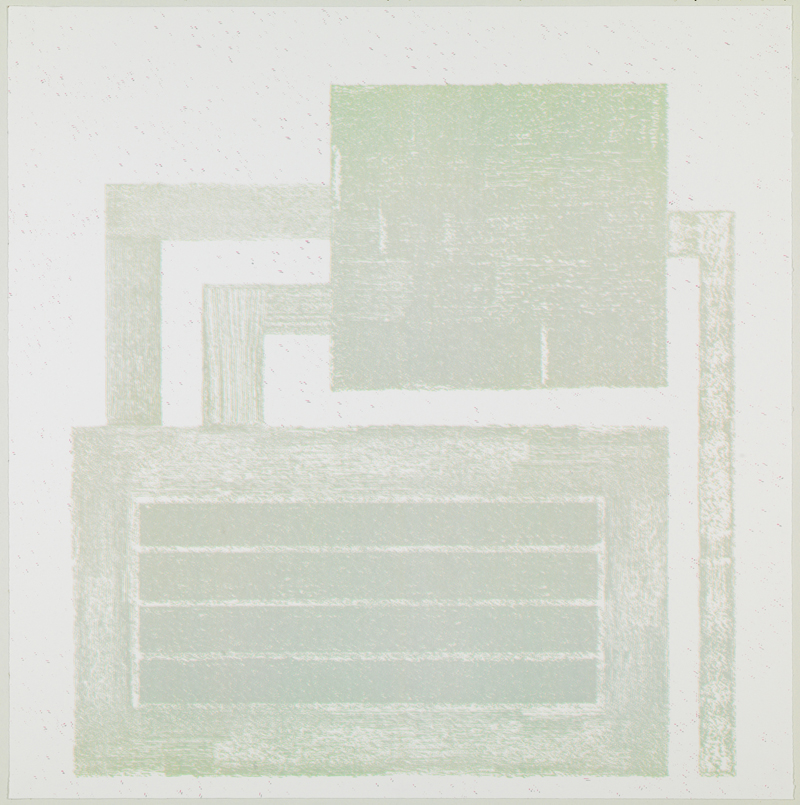 Peter Halley is well knows for his geometric paintings reflection on the relationships between what he calls “prisons” and “cells”. These rectangular shapes and vertical bars are evocative of geometric networks from the urban grid to high-rise apartment buildings to electromagnetic conduits.

Peter Halley, one of the most emblematic artists of his generation, is recognized in the history of contemporary painting as the legitimate heir of American abstraction. He first became known in the New York art scene in the mid-1980s, before reaching international fame more than 25 years ago as a major figure of geometric abstraction.

The use of industrial materials, synthetic mortar, Day-Glo, Roll-a-Tex, and fluorescent acrylic paint, as well as recurrent patterns of circuits and cells, create Peter Halley’s signature of instantaneous visual impact. For the artist, geometry is a metaphor for contemporary society. His geometric paintings have been engaged in a play of relationships between what he calls “prisons” and “cells” that reflect the increasing geometricization of social space. Inspired by New York City’s gridded urban plan and by his own isolation within it, he imagines the abstract shape as a barred prison cell connected to the outside world through electronic communication.

Peter Halley’s critical approach is not only expressed in his paintings, but also in his articles and essays on post-structuralism, post-modernism, and the 1980s digital revolution.

Other works by Peter Halley