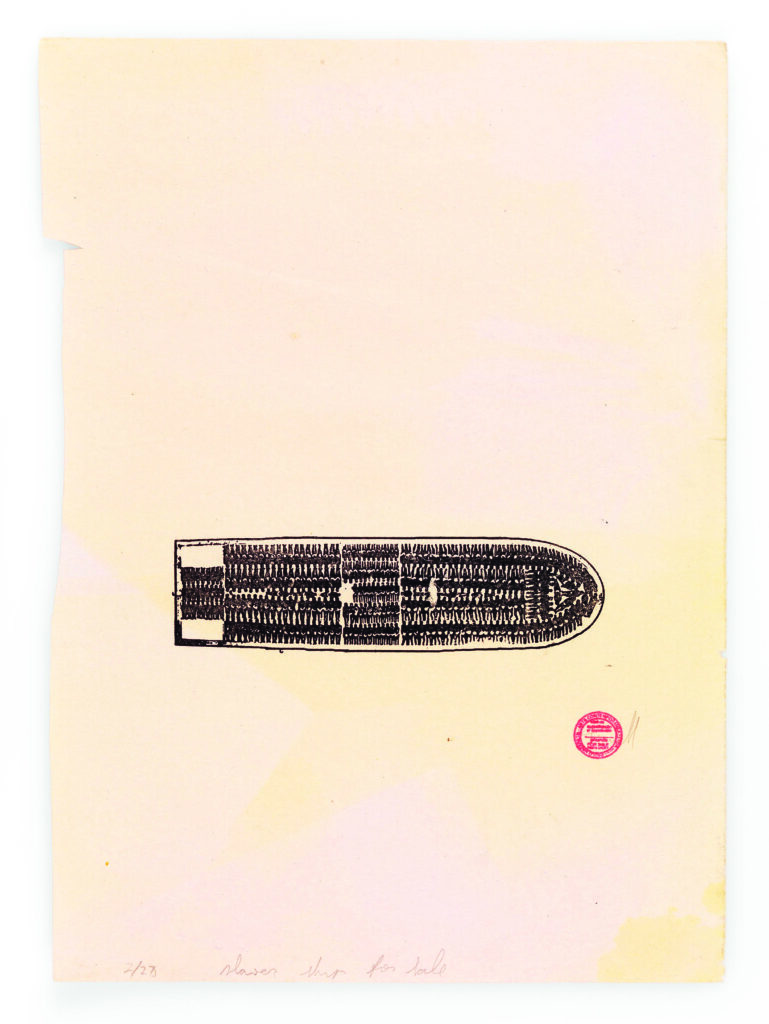 Unique work, in a series of 28 variations, signed and numbered by the artist.

To accompany his solo exhibition Journal at the ICA, London in 2014, Paulo Nazareth has created the edition Slave Ships For Sale (2014) during his journey through Africa. The mandala depicts a diagram of a ship deck full of slave bodies.

Through his works Paulo Nazareth actively participates and comments on race, ideological and social issues that arise during his continuous journeys in the Americas and more recently in Africa. He employs language, actions and objects that often use simple but strong gestures to evoke historical memory, as well as to highlight social and economic tensions and class struggle. Nazareth’s often establishes or reveals the bonds that exist between people and their surroundings, between individual and collective life.

Paulo Nazareth is represented by the following galleries;
click through to discover more of his work.