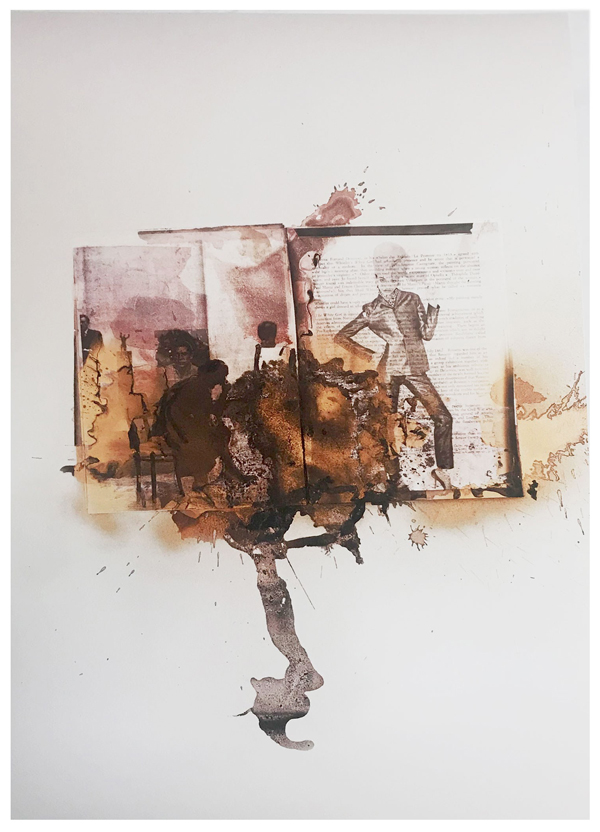 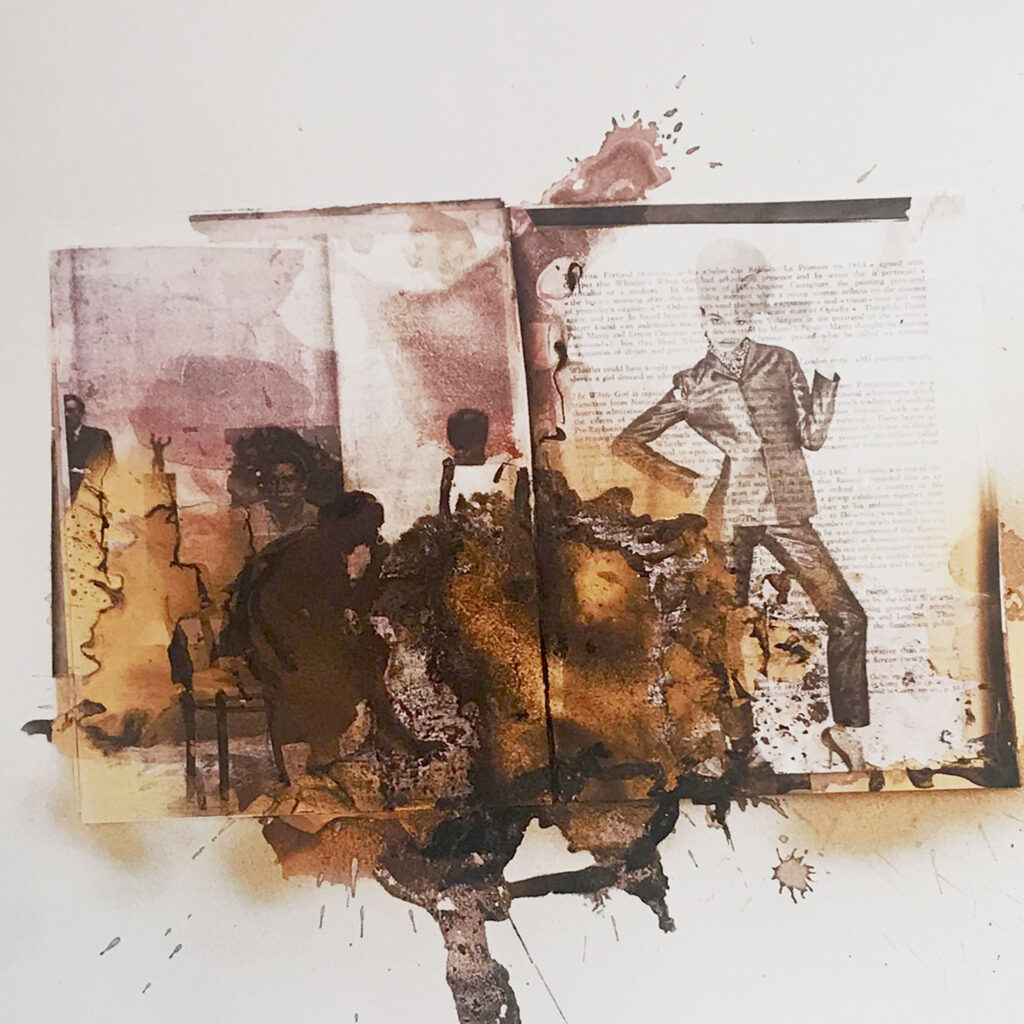 This edition is published by The Hepworth Wakefield

Goldfinger – Paulina Olowska’s latest collage print – takes inspiration from Alina Szapocznikow’s 1965 sculpture of the same name, her relationship with her second husband, graphic artist and photographer Roman Cieślewicz, and the opening of Szapocznikow’s 1957 exhibition at the Zacheta National Gallery in Warsaw. The photographic print is taken of a collage using ink, red wine and gold. Olowska regards Szapocznikow as the first female artist to truly address female subjectivity and the physical experience of her own body.

Within Paulina Olowska’s practice, industry, leisure, and socialist symbolism occupy the same visual and cultural space. Her realist paintings, drawings, and collages borrow imagery from Eastern European and American popular culture creating a cross cultural reference that is evident throughout her practice, whilst engaging with the concepts of consumerism, feminism, and design. The outward appearance of Olowska’s female subjects is equally as important as the historical memories interwoven seamlessly throughout her collages and paintings. Olowska’s treatment of her subject’s materialization acts as a direct display of the spirit of the individual, which is likely to be contrasted against a uniformed surrounding reminiscent of life experienced behind the iron curtain.

Olowska’s affinity with performance based art accounts for much of her appreciation. Most notably is Alphabet (2005), her adaptation of Czech designer Karel Teige’s typographic book ABECEDA. Presented at MoMA in 2012, performers mould their bodies to affix the letters of the alphabet, forgetting conventional forms to construct a new system of meaning. At the heart of Olowska’s artistic practice is her collaborative work, lending a platform to her contemporaries who are underrepresented. Demonstrating the disjunction of time and cultural impermeability of Eastern Europe, Olowska’s multi-faceted oeuvre establishes a dialogue with the past; she calls upon forms recognizable from multiple collective histories of modernism to adhere with an invented contemporary environment.

Olowska’s work has been the subject of numerous international exhibitions, including solo shows at the Stedelijk, Amsterdam; CCA Wattis, San Francisco, Pinakothek der Moderne, Munich; and Tate Modern, London.
She has also participated in group exhibitions at the MoMA, New York; KW Institute for Contemporary Art, Berlin; S.M.A.K., Ghent; Centre Pompidou, Paris; New Museum, New York; among many others, and was included in the 5th Berlin Biennial, the 9th Istanbul Biennale, and the 50th Venice Biennale. Paulina Olowska will also participate in the upcoming Liverpool Biennial

Paulina Olowska is represented by the following galleries;
click through to discover more of her work.