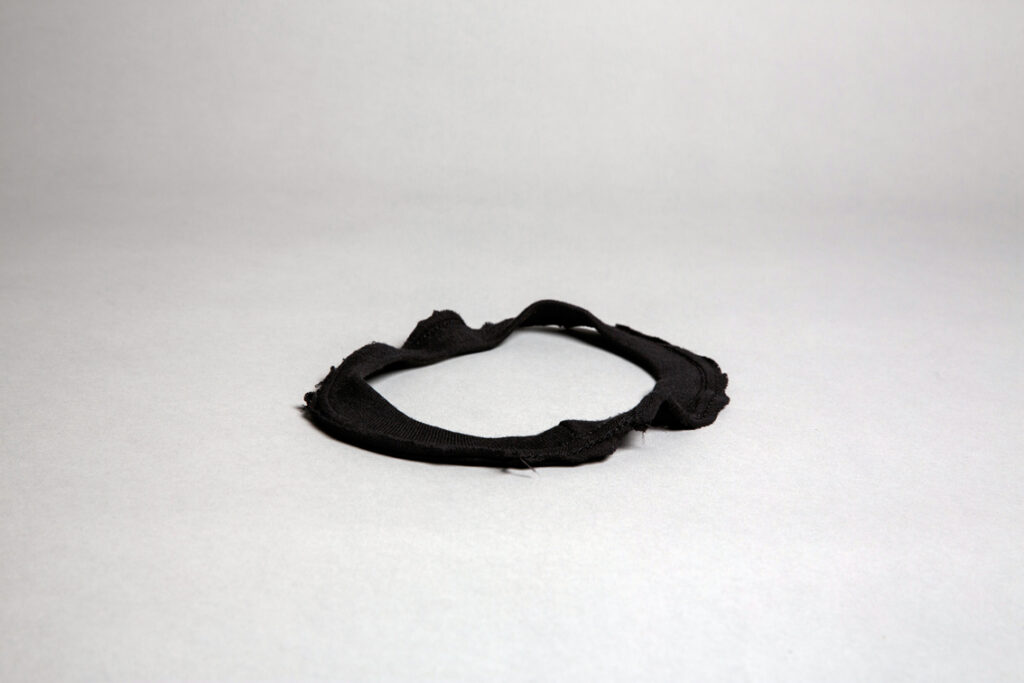 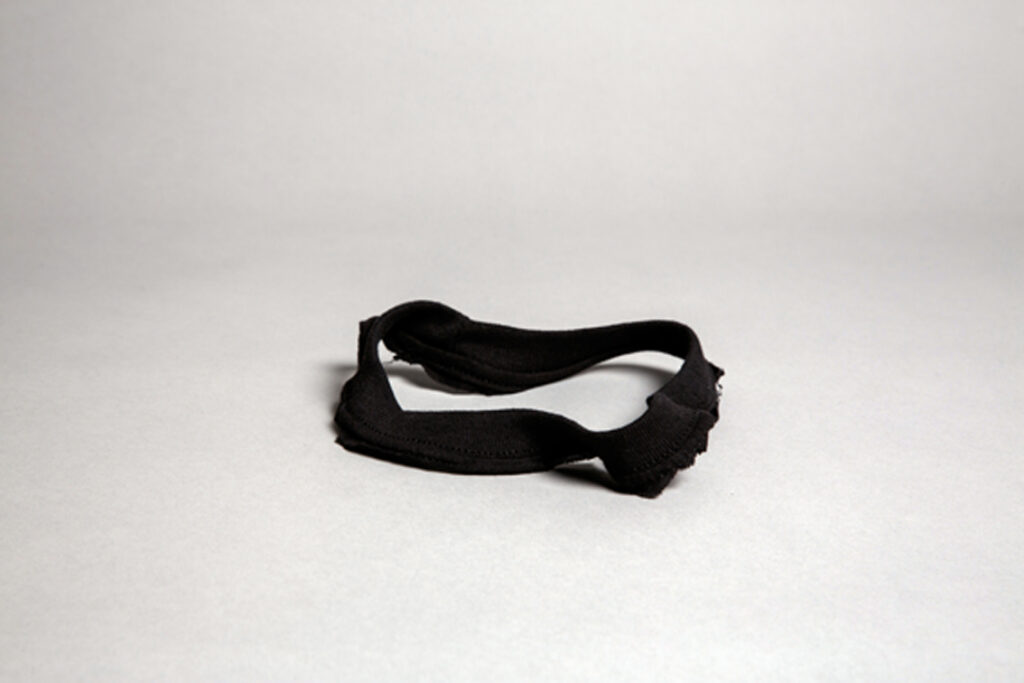 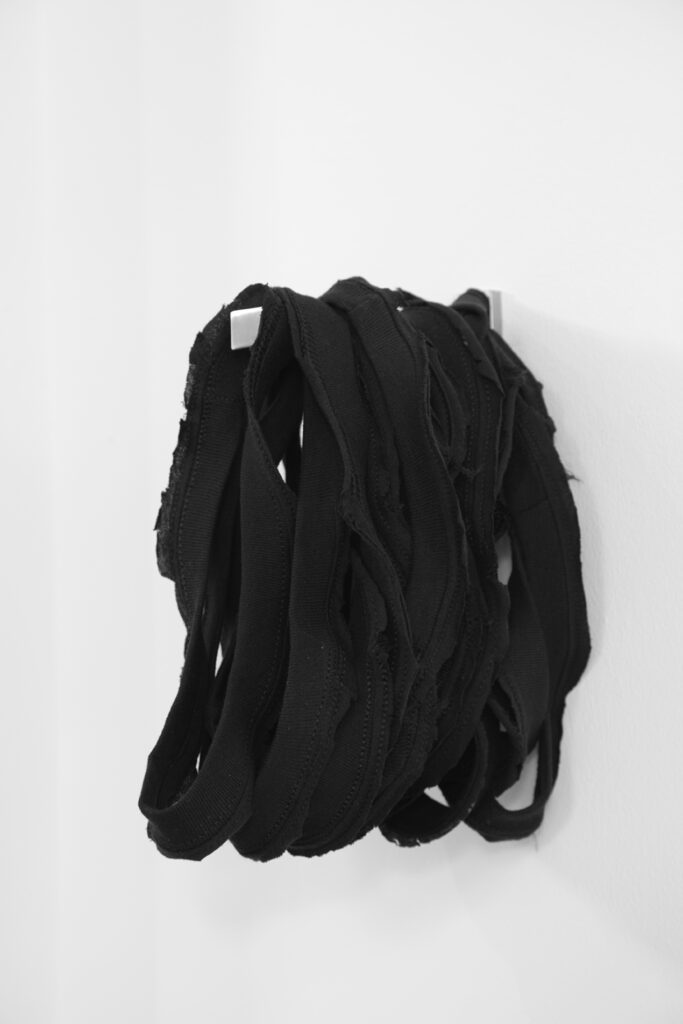 Edition of 21 copies, comes with a signed and numbered certificate

Necks (2014) consists of cut-off (wearable) t-shirt collars and was published on the occasion of his solo exhibition at the Zabludowicz Collection, London in 2014. Each edition consists of one cut-off collar, which can be either installed as a wall-work with a single nail, or as small sculptural piece.

The objects, pictures and videos of Michael E. Smith seem like physical reconstructions of emotional disfigurement, by which he counters the ecological and economic disaster of our era with a materialism of basic needs. Frequently working with found objects of an abject nature (crushed plastic containers, tarred bird feathers, deconstructed computer casing, etc.), Smith encourages a confrontation with both their past and present by damaging, embellishing or sometimes simply presenting such objects. In this way, Smith translates the resourcefulness of his upbringing in Detroit in to a practice full of defiant awkwardness, sensitivity and dark humour.

Michael E. Smith is represented by the following galleries;
click through to discover more of his work.