But this year’s edition is a good one. We are especially charmed by Cabinet d’Amis: The Accidental Collection of Jan Hoet. Fair director Katerina Gregos curated a selection of artworks and documents Jan Hoet gathered during his life, presented in a wonderful scenography designed by Richard Venlet.

There are many great booths, mostly offering a diverse selection of work by most gallery artists. In this overview however, we’ll be focusing on either solo booths, or booths offering a larger selection of one artist. These are our top picks: 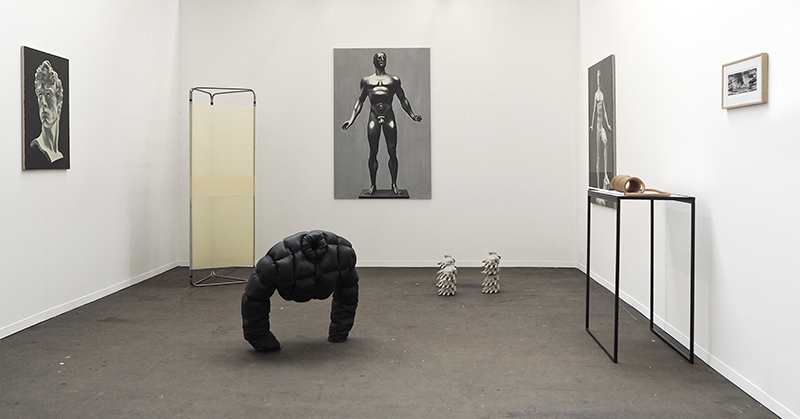 The work of young Polish Ewa Axelrad is visually seductive, yet confusing – as the forms she creates feel equally protective as they feel offensive. It is not quite clear whether her works are here to attack us or to protect us. Are we looking at a puffer jacket meant to hold you warm, or rather a gorilla defending it territory? Are the stacks of hands giving a lifesaving heart massage or are they trying to keep us down? Axelrad’s sculptural work is paired with Karol Radziszewski’s paintings of lost and destroyed sculptures by Arno Breker – Hitler’s favorite sculptor.

Cécile B. Evans at Barbara Seiler — Booth A11

Barbara Seiler’s black booth is dedicated entirely to Cécile B. Evans. Several pieces refer to What the heart wants, Evans’ new film that is premiering at the upcoming Berlin Biennale, but the highlight of the booth is without a doubt the two central pieces. These central pieces are servers storing data of the two main protagonists in Evans’ practice, and could be seen as the memory and soul of these characters. Agnes is a commissioned spam-bot that lives on the Serpentine Galleries website, and Phil is a digital avatar modeled after the late Philip Seymour Hoffman – and one of the main characters in Evans highly acclaimed film Hyperlinks or it didn’t happen. These works offer a view on the future of mankind, and question what makes humanity human. 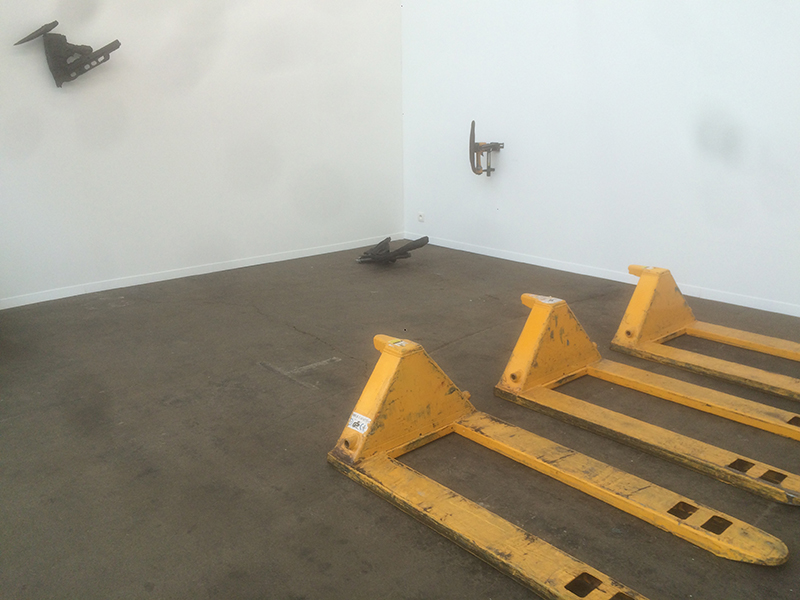 The work of Michael E Smith might not always be very accessible at first sight, but undeniably gets under your skin. He takes objects out of their usual context and builds a new social and economic narration around them. A lot of the objects he uses have an industrial origin, but are at the same time connected to something organic, either human and natural. His objects seem like physical reconstructions of distorted emotions, meant to counter the human and ecological disasters of our time, as if they were archeological remains of our time seen from a post-apocalyptic future.

Besides a great presentation titled Green Doesn’t Sell – referring to a joke among gallerists – withnall works in different green hues, Sorry We’re Closed is also bringing a solo booth with tapestries from the young French Yann Gerstberger. These works naturally merge Gerstberger’s interest in online media, instagram and digital glitches with the historical traditions of Mexican patch-making tapestries – where the artist lives and works. 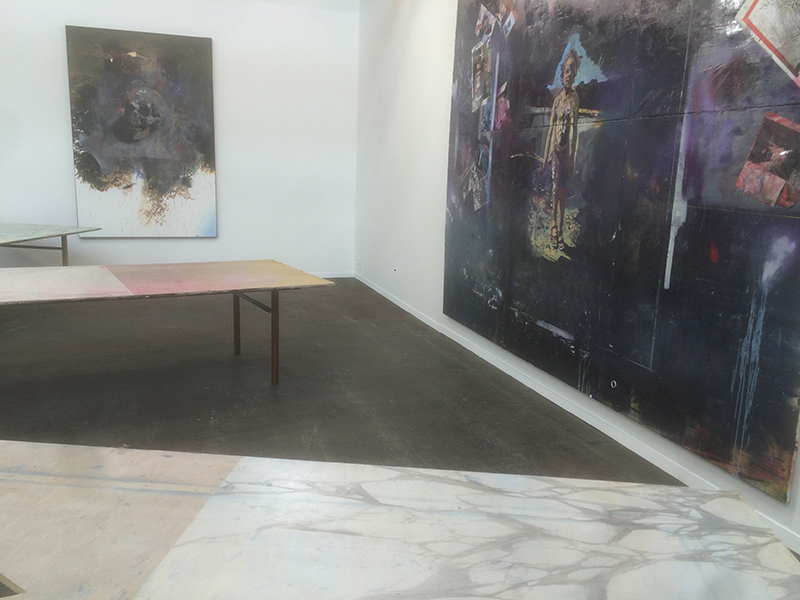 Luis Campana is presenting large-scale paintings and three tables by Matthieu Ronsse. Ronsse combines an amalgam of references and fascinations in his work, merging both art historical quotations with found daily debris that he literally integrates in his paintings. The tables are especially interesting, as they objects turned painting, turned back to objects. The large paintings at the bottom of the tables are only visible lying on the ground looking up. 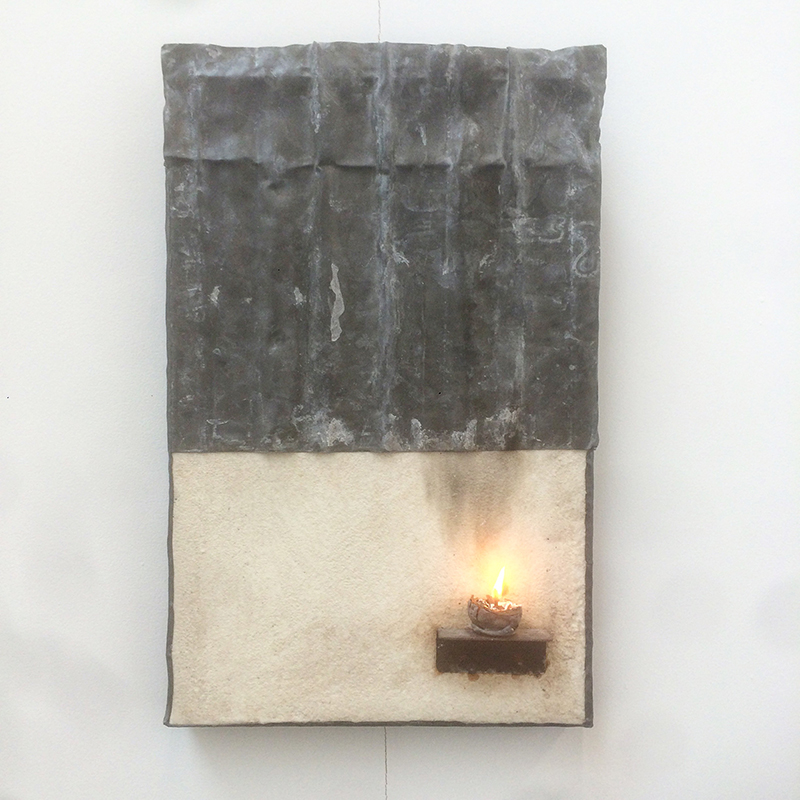 Ronchini is presenting a small selection of historical works by Pier Paolo Calzolari, dating back till the 1970’s. As always, Calzolari’s works are a study of materials – poor and pure materials such as fire, paper, salt and lead – and an investigation on how these materials transform.