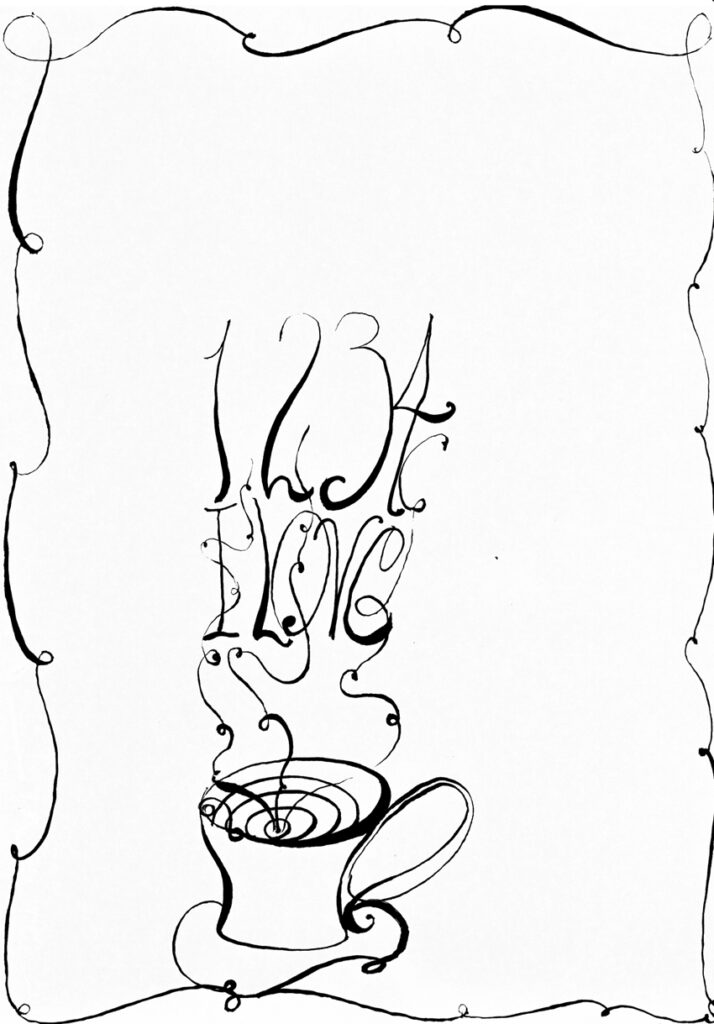 Unique work, from a series of 7 variations – signed and dated by the artist

This edition is published by GAK

Since 1978 Matt Mullican has been occupied with the subject of ‘hypnosis’, performing in a hypnotic trance – either in front of an audience or in the seclusion of his studio. In doing so, he has sought to abandon the rational principle as much as possible and to relinquish leadership to the subconscious in the process of artistic creation. In addition, Mullican seeks to encounter parts of his personality that are hidden in the subconscious, the person that exists in all of us, i.e. ‘that other person’ or ‘Matt B’ as he calls it himself. Matt A makes painstaking note in his work of that which appears to constitute Matt B. Even the smallest personal indication is recorded and leads to an increasingly exact picture of a condition that lies beyond reason.

Coffee 1-7 (2009) consists of seven unique ink drawings, which were created under hypnosis and deal with Matt B’s apparent predilection for coffee. The flanking numbers 1-4 recall the procedure of counting, with which one is placed in a hypnotic trance or once again brought back to consciousness. Coffee 1-7 was created on the occasion of the solo exhibition City as a map (of ideas) by Matt Mullican at GAK – Gesellschaft für Aktuelle Kunst in Bremen in 2009.

American artist Matt Mullican is widely recognized as one of the most important artists of his generation. His oeuvre explores one of humanity’s most fundamental needs: our desire to grasp the meaning of human existence and understand the world we inhabit. His conceptual works are grounded in the symbolic meaning of their individual elements. Created in a range of mediums and styles since the 1970s, each of his works contains the seeds of something more universal.

Other works by Matt Mullican