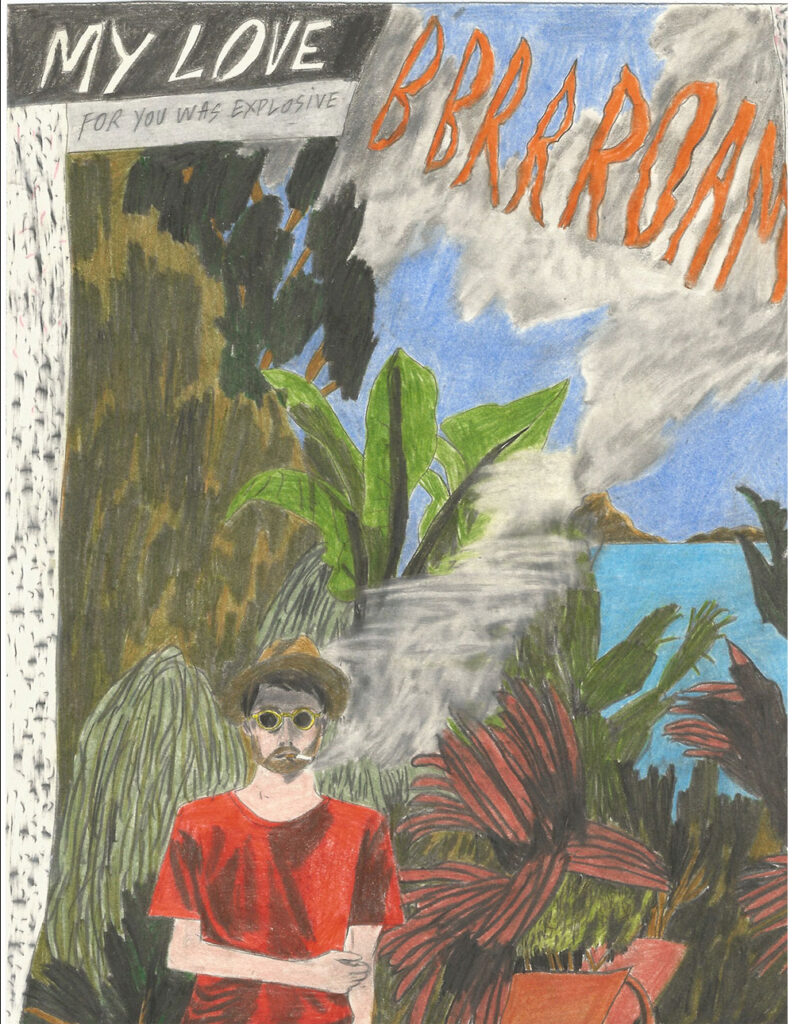 My Love For You Was Explosive

Edition of 25 copies, signed and dated by the artist

This is one of two editions produced as a preview of a new artist book by Marie Jacotey, who has worked closely with design duo Stinsensqueeze to develop a unique binding, which allows the reader total freedom in how they approach the work. The book is made up of individual artworks, loosely folded and gathered into two sections, each corresponding to the perspective of two protagonists in a failed love story. Part introspection, part emotional exchange, the visual correspondence can be read in multiple ways: in series as part of a continuous narrative, individually as unique artworks, or even placed as a large-scale installation, to literally ‘map out’ this tale of passion and loss.

Marie Jacotey is equal parts storyteller and artist. Her subject matter is firmly rooted in the personal, oftentimes placing the viewer in the position of a voyeur as emotionally-charged narratives play out in private moments and fraught exchanges. Jacotey’s vibrant approach and bold subject matter have earned her critical acclaim and a popular following.

Marie Jacotey was chosen as one Bloomberg New Contemporaries in 2014, and had her first solo show in London during that same year. She produced a whole new body of work for her second London solo show in February 2015, was part of a group show in Belgium at Tatjana Pieters Gallery and was also chosen to exhibit at the Salon de Montrouge. She presented a new piece at Rook and Raven Gallery in a group show alongside Paula Rego, and a solo show in September 2015 at Hannah Barry Gallery, London.

Other works by Marie Jacotey