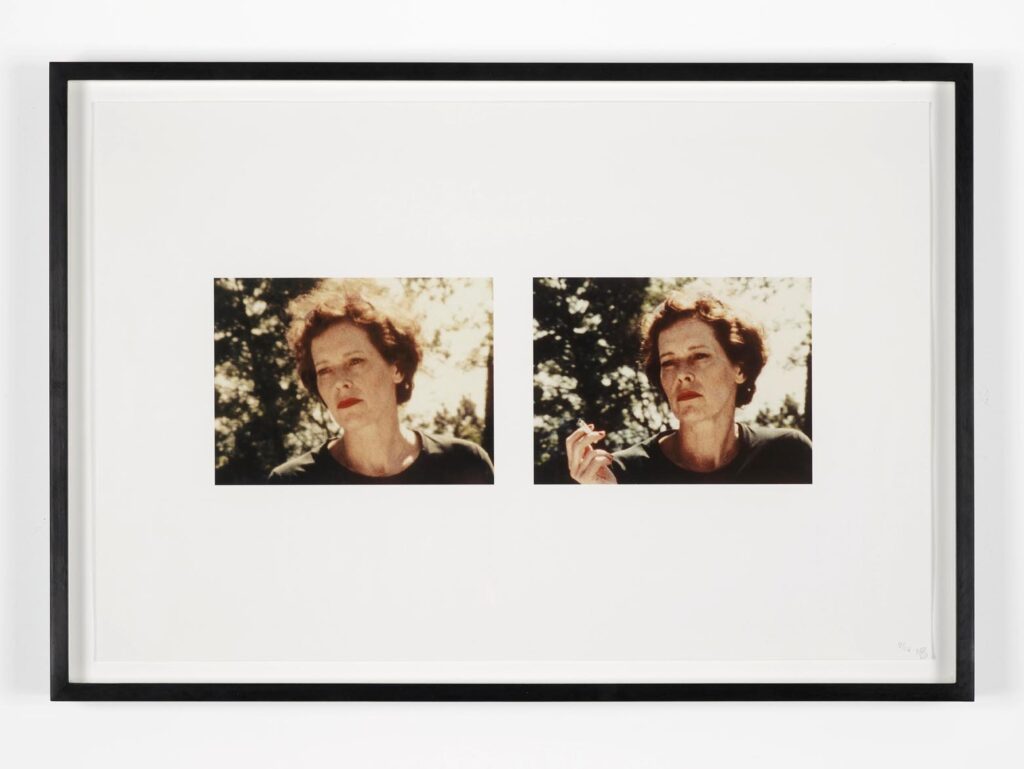 The work of Manon de Boer is about portrait and memory. De Boer studied photography and sculpture at the Academy of Fine Arts in Rotterdam and the Rijksacademie in Amsterdam before she began sculpting her first likeness in time with film, video and sound. That was in 1996.

Her initial series of black-and-white portraits were Super-8 images of friends and acquaintances, recorded in moments of intense concentration – Laurien while reading a book, or Robert playing the guitar. Times when, for just a fleeting moment, they had forgotten the observer’s glance and were no longer conscious of the camera. The eye of the camera creates both distance and intimacy. As viewers, we do not see what they are doing. What we see is a face in which we can read little or nothing at all. The frame is unmoving, the image static and the sound is not there at all. The length of each shot is consistent with that of the Super-8 film. The portrait is a photograph set in time. For Manon de Boer, the relationship between time, the concentration on the face in the image and the intensity of looking is fundamental. She wants the viewer to feel a difference between what time is and its passage, to become aware of our own act of looking. Is a portrait more than the recording of an unguarded moment? What is hiding behind the facial expressions of the person portrayed? Isn’t it true that every image you have of someone else is a reflection of yourself?

Manon de Boer’s work has been exhibited internationally. She had monographic exhibitions at Witte de With, Rotterdam; Frankfurter Kunstverein; London South Gallery; Index, Stockholm; Contemporary Art Museum of St Louis; and Museum of Art Philadelphia – among others. Her work was also shown at the Venice Biennial, Berlin Biennial, Sao Paolo Biennial, and Documenta, and has also been included in numerous film festivals in Hong Kong, Marseille, Rotterdam and Vienna.

Manon de Boer is represented by the following gallery;
click through to discover more of her work.

Manon de Boer is a member of the artist collective Auguste Orts, created in 2006. You can discover more about her work on their website.

Other works by Manon de Boer