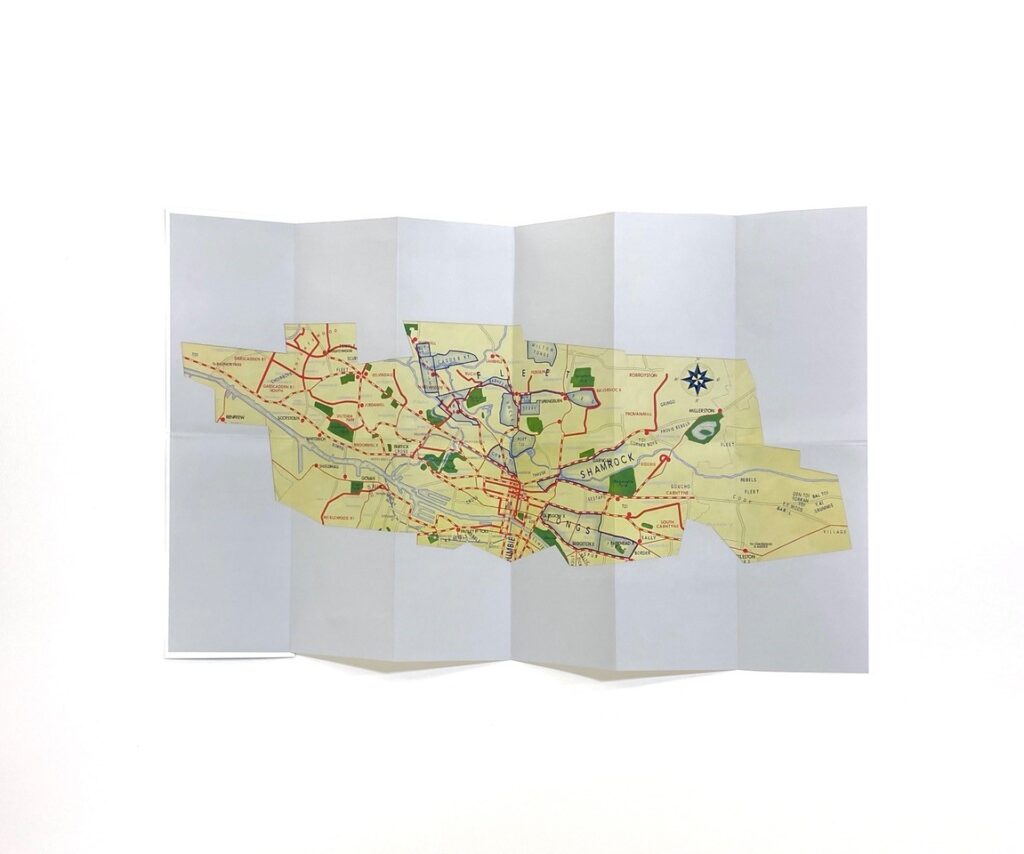 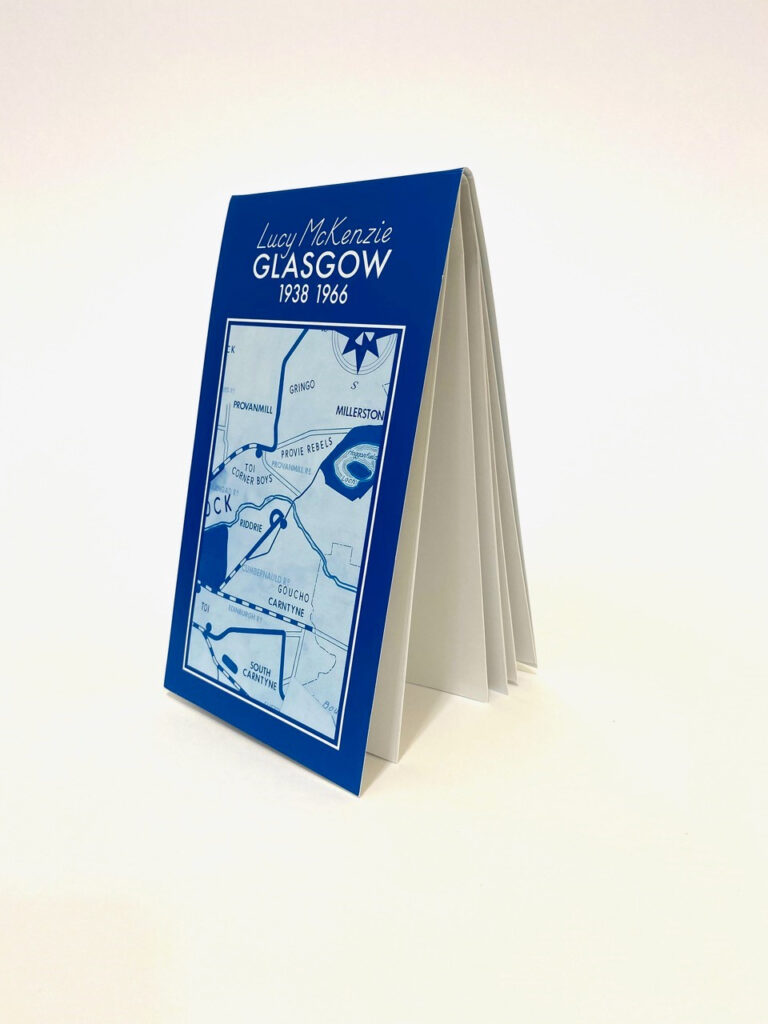 Lucy McKenzie understands how to combine motifs from the histories of design, architecture, fashion, and art with the utmost precision and attention to detail in her compositions in such a way that a fan of references is unfolded to reveal a series of new associations. To this end, she makes use of various images and objects from the past to reflect on the conditions of the present. And so the city map Glasgow 1938 1966 is also a painted superimposition of two historical models. One map from 1938 shows the city’s tram routes, while the year could be read as a critical reference to the so-called “British Empire Exhibition, Scotland.” The city most likely built a great deal of infrastructure for the great spectacle; the rails on McKenzie’s map therefore also refer to the historical background of this event, of which only a few buildings have survived to this day, the Palace of Arts being one example. The other map, from 1966, documents the territories of the ruling gangsof the time. One of them, known as the Young Team, was infiltrated by a young sociologistunder the pseudonym James Patrick. His experiences were documented in A Glasgow Gang Observed (1973), a damning testimony of the effects of slum housing and urban poverty. Lucy McKenzie’s edition, which functions not only as an unfolded map but also asan object, thus serves as a reproduction of a detailed painting on the one hand, andon the other as a testimony to Glasgow’s history, one that in its presentation offersthe reader various possibilities to embark on a journey of research.

Other works by Lucy Mckenzie