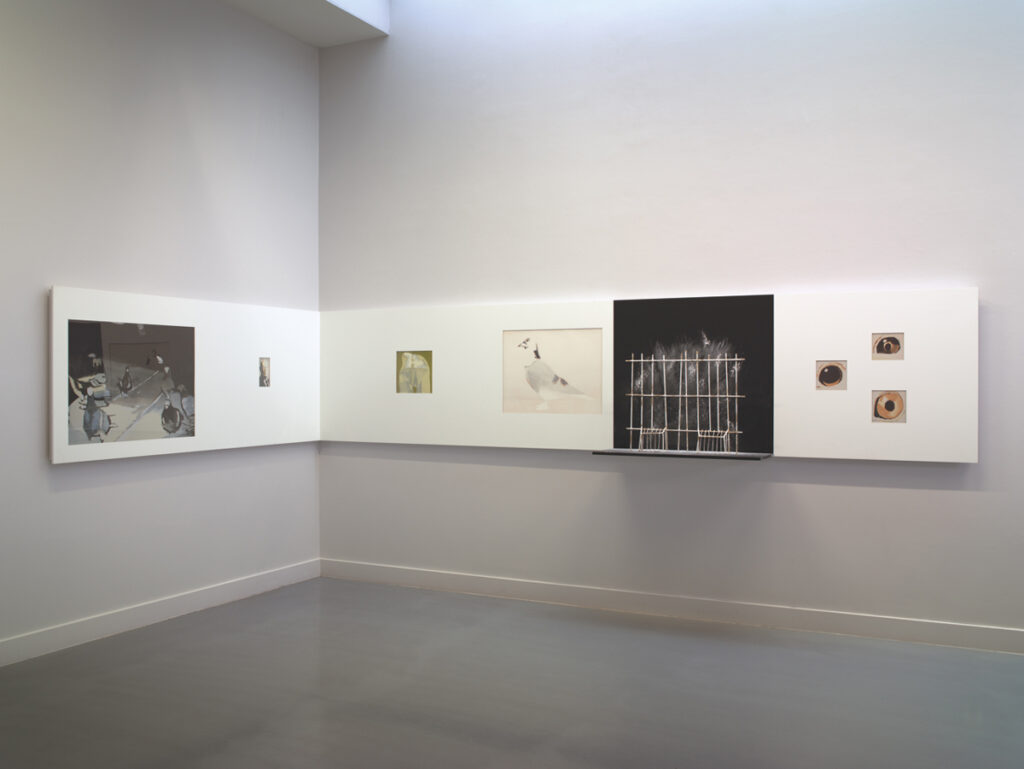 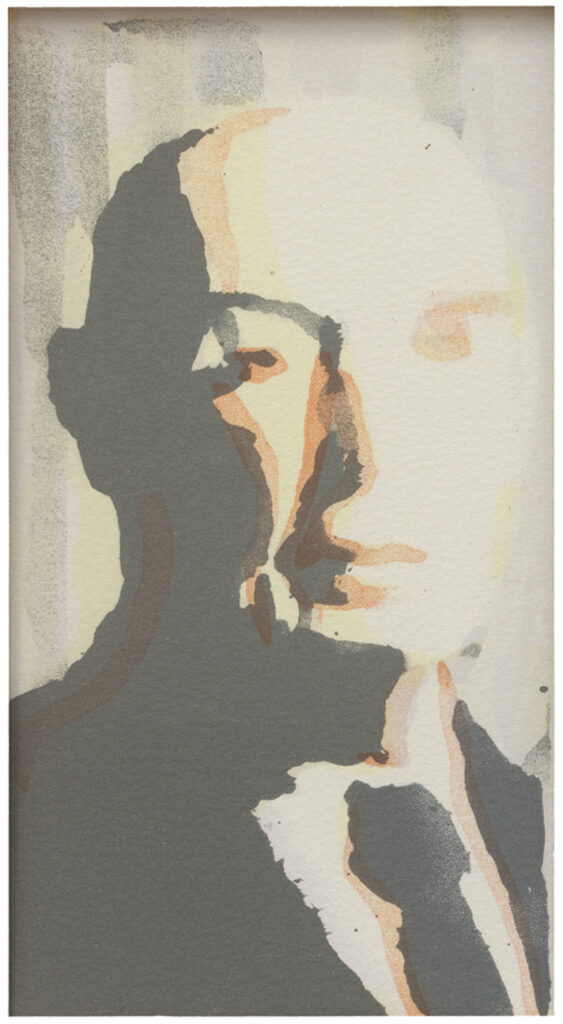 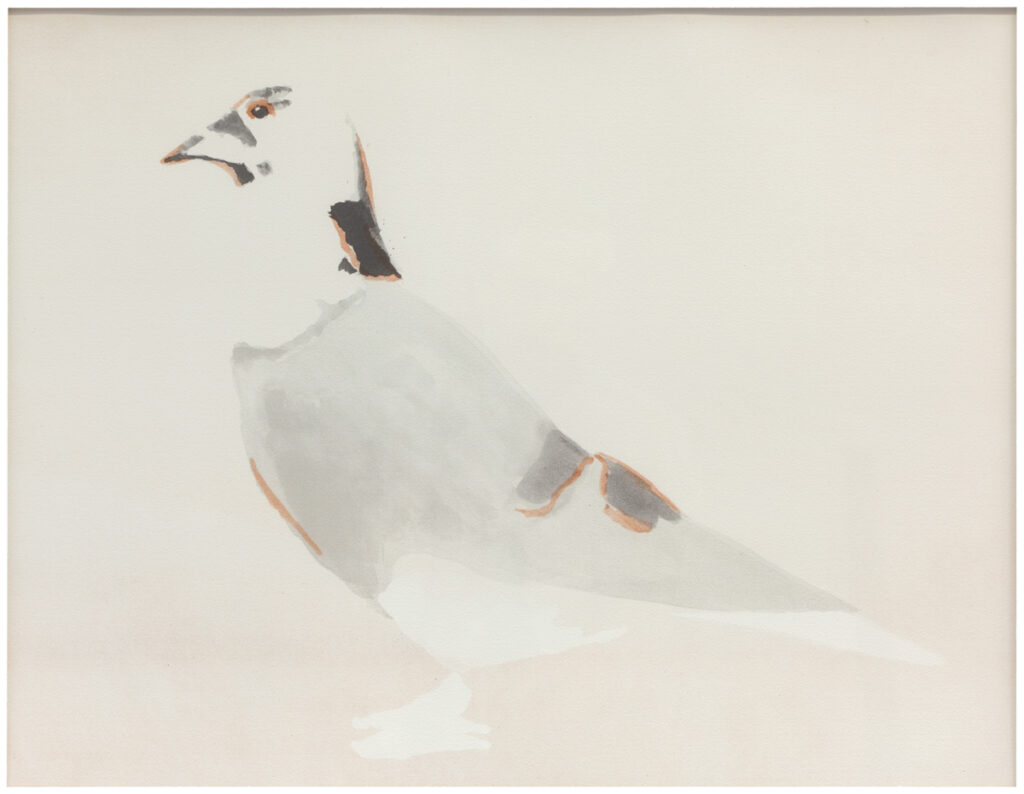 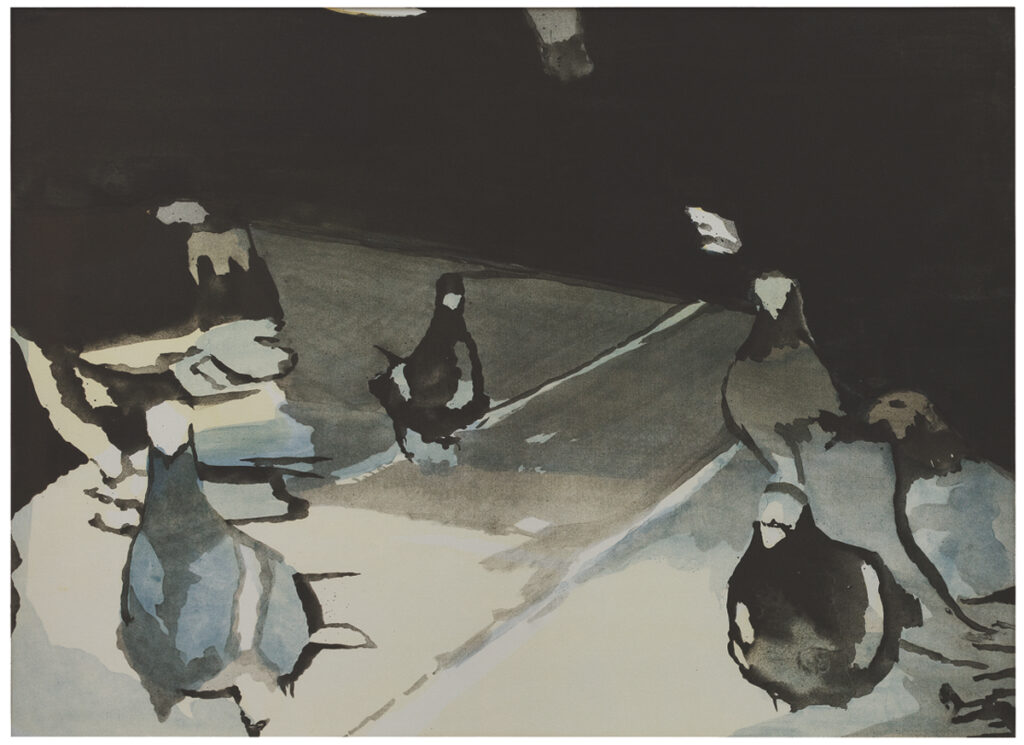 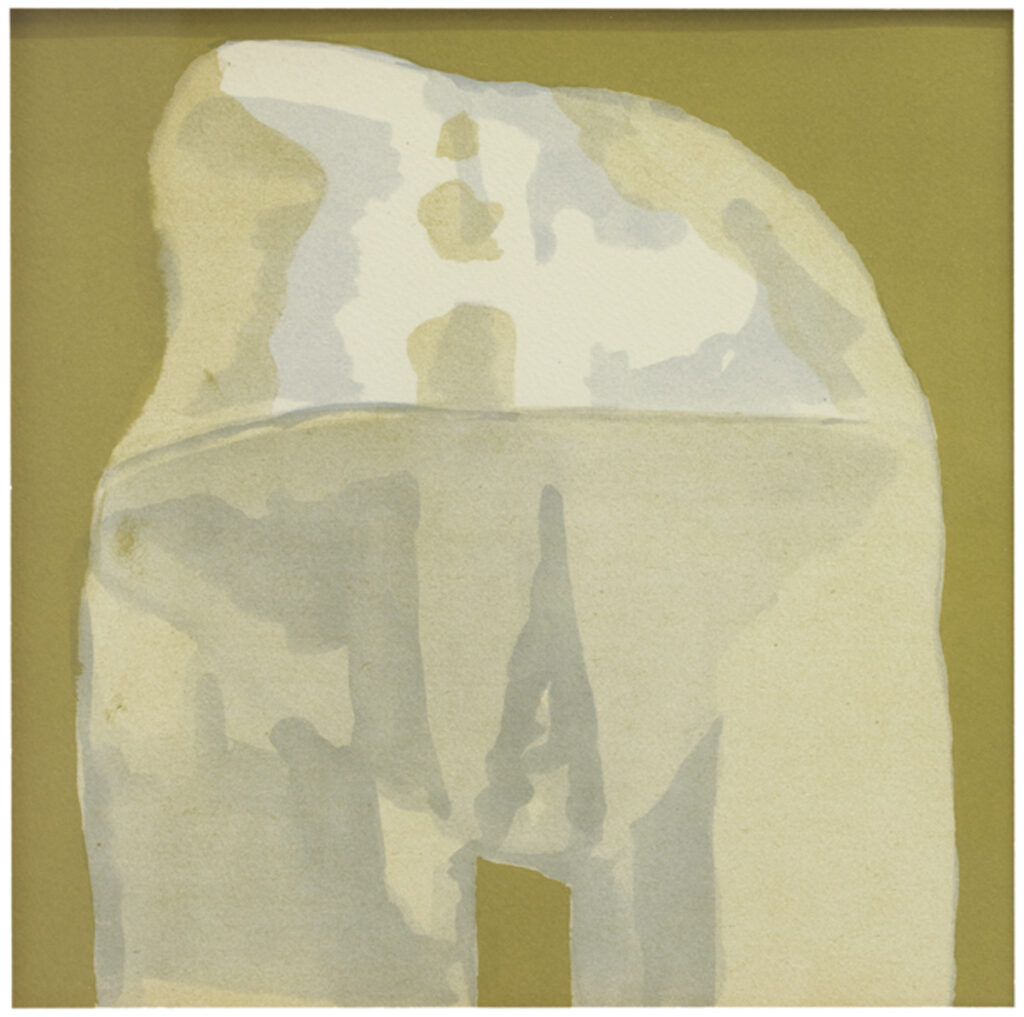 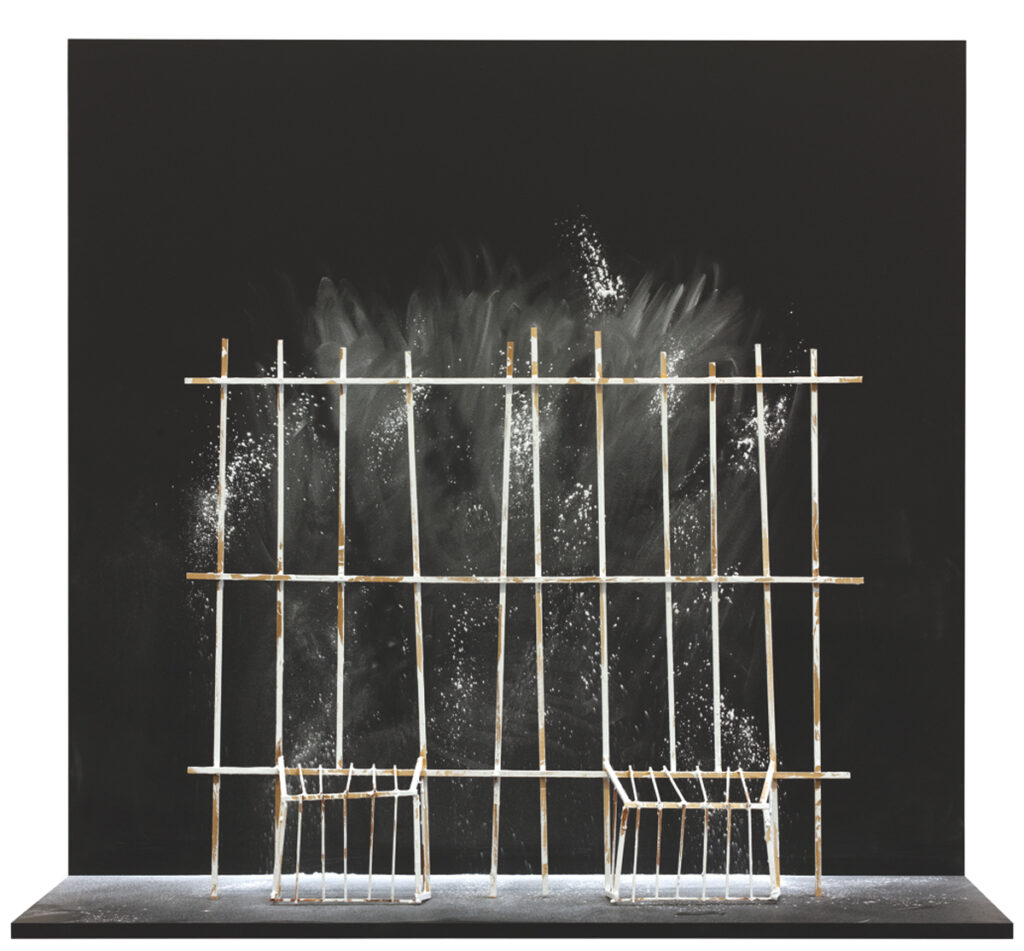 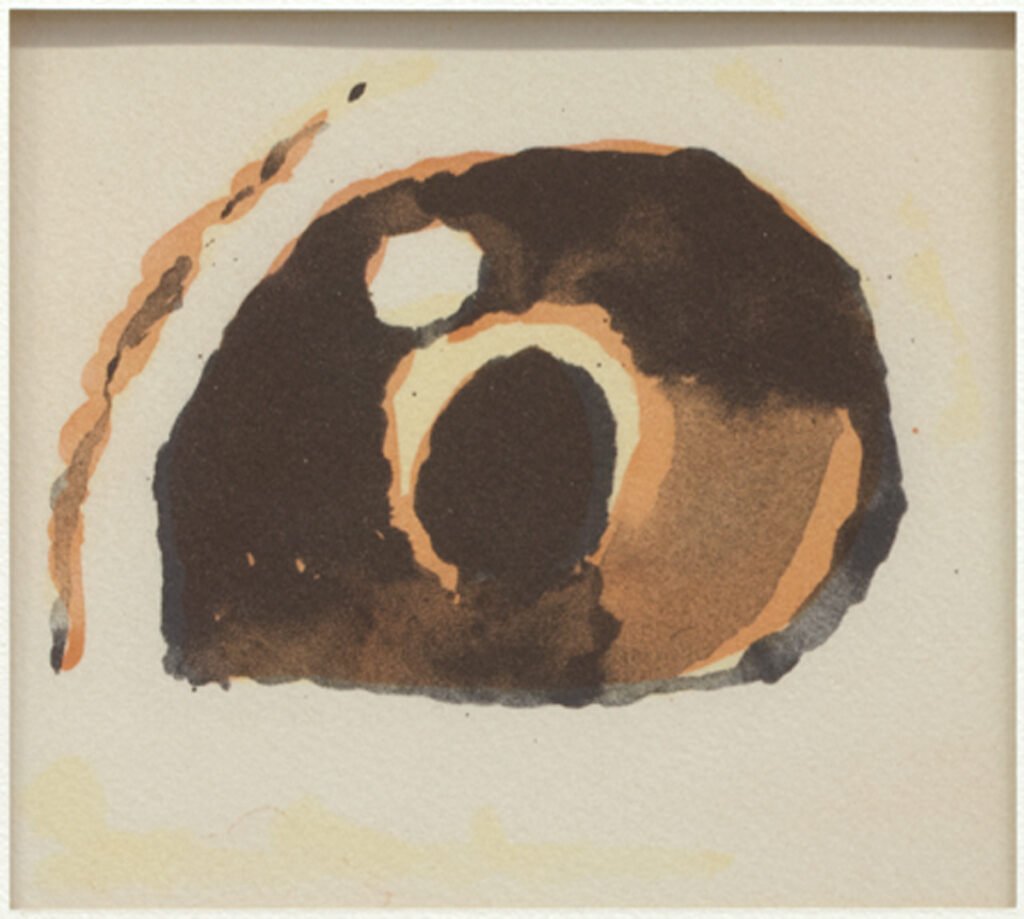 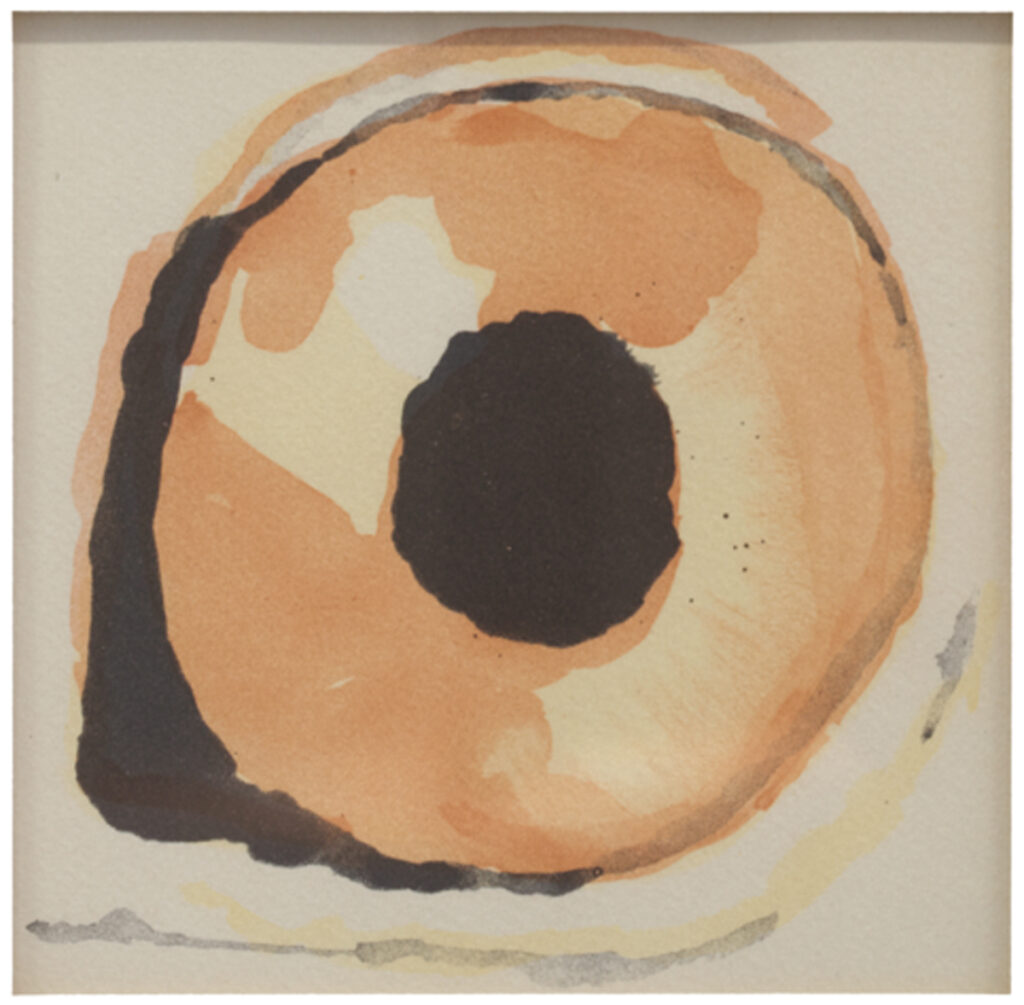 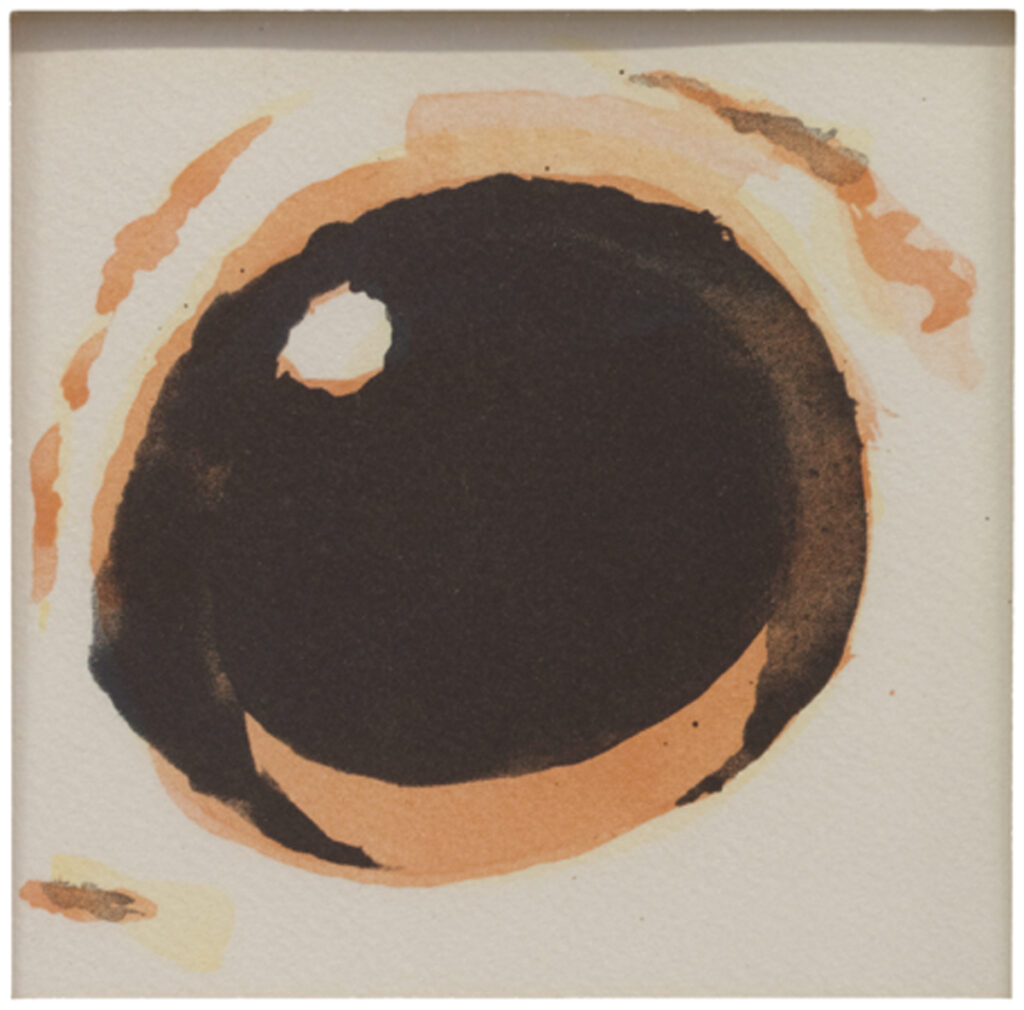 Suite of 7 colour lithographs mounted on 4 panels of painted Plexiglas and wood, with birdcage.

Edition of 18 copies, numbered, comes with a signed certificate

Luc Tuymans on The Rumour: “The latter originated in something I experienced during a holiday in Brittany. We visited various chateaus, and every time I was amazed to find that, at the entrance to the chateau, there was a little dome-like stone building with a little hole at the top – no windows or doors. In one case I overheard how a French father explained this to his son. When the holes were extended upward with a vertical line and these vertical lines were connected, in turn, with a horizontal line, one could determine the dimensions of the castle owner’s estate.
Naturally, at that time peasant labourers were not permitted to own pigeons. That was a privilege of the aristocracy. The latter ate the pigeons, and used them as messengers. When the French Revolution broke out, the first thing the people who had belonged to a property owner did was to wring all of the pigeons’ necks.
The eyes I painted were taken from a book on pigeon racing, which is very widespread in Belgium. Pigeon breeders can recognize the quality of the pigeons in the way in which the pigeons’ eyes are set in their sockets. This is why there are manuals that show an enlargement of the eyes next to every illustration of a pigeon. It becomes very clear, that these are not human eyes. From the point of view of colour, the eyes are spectacular. The first eye one sees is the darkest one. It is hung in such a way that the centre of the painting is at a height of 1.60 metres. Next to this, there is a large orange eye hanging below, and above it a darkened smaller one. The uniformity of the arrangement is thus violated. One naturally has the feeling of being looked at – but in an enlargement.”

Jennifer Higgie on The Rumour by Luc Tuymans: “Rumour’ is a slippery word that implies a slippery method of gathering knowledge. By its very nature a rumour possesses an ambivalent relationship to the truth, a relationship that can hinder as much as encourage communication. It is, in other words, an apt metaphor for painting, a medium that despite enduring years of character assassination still somehow manages to hold its head high. Like the poor cousin of Picasso’s peace dove, the pigeon has not only suffered similar indignities but has also, like painting, been employed as a messenger – one that more often than not has been waylaid shot down or declared dead before the message is delivered. If this seems a rather precarious, even silly simile, it is the almost wilful aura of intrigue in Tuymans’ paintings that encourages such readings.

Luc Tuymans is considered one of the most significant European painters of his generation and has been an enduring influence on younger and emerging artists. Tuymans is an inheritor to the vast tradition of Northern European painting, while his relationship to the medium was strongly influenced by photography, television, and cinema. He paints distinctive compositions, consisting of ingenious use of cropping, close-ups and framing. By means of a muted palette, his easily recognizable, sparsely coloured, figurative canvases have redefined the traditional genres of everyday and history painting.

Through a filmic or photographic gaze, Tuymans retakes heavily loaded themes from the recent past and examines footage on their deceptive authenticity, which often results in ambiguous and disorienting paintings. Frequently the notion of power and violence can be considered a leitmotiv throughout his artistic oeuvre.

Other works by Luc Tuymans