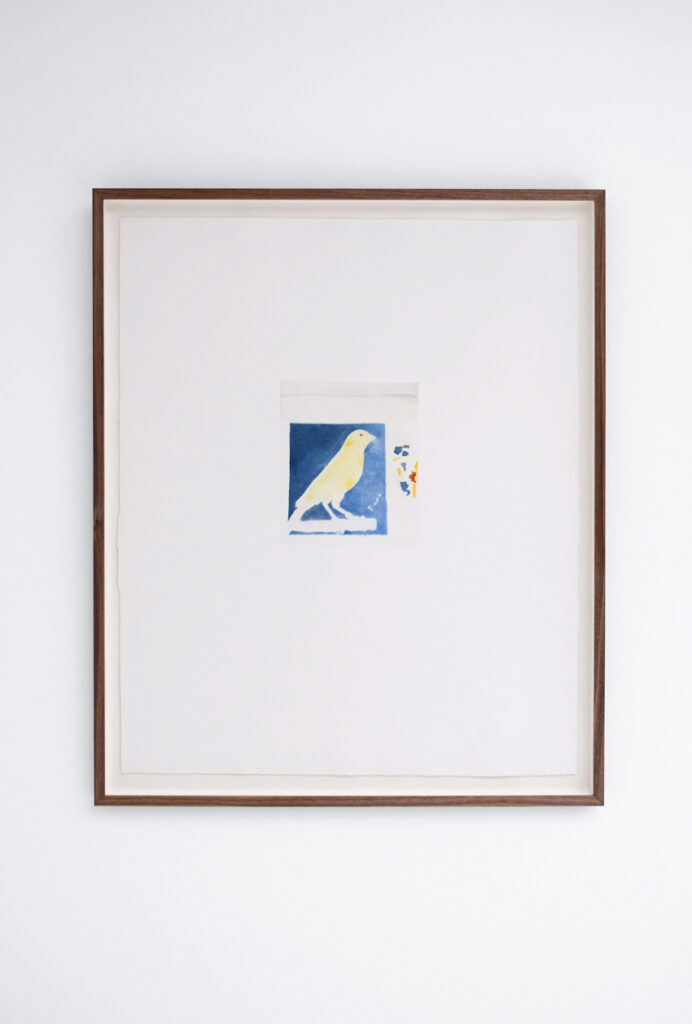 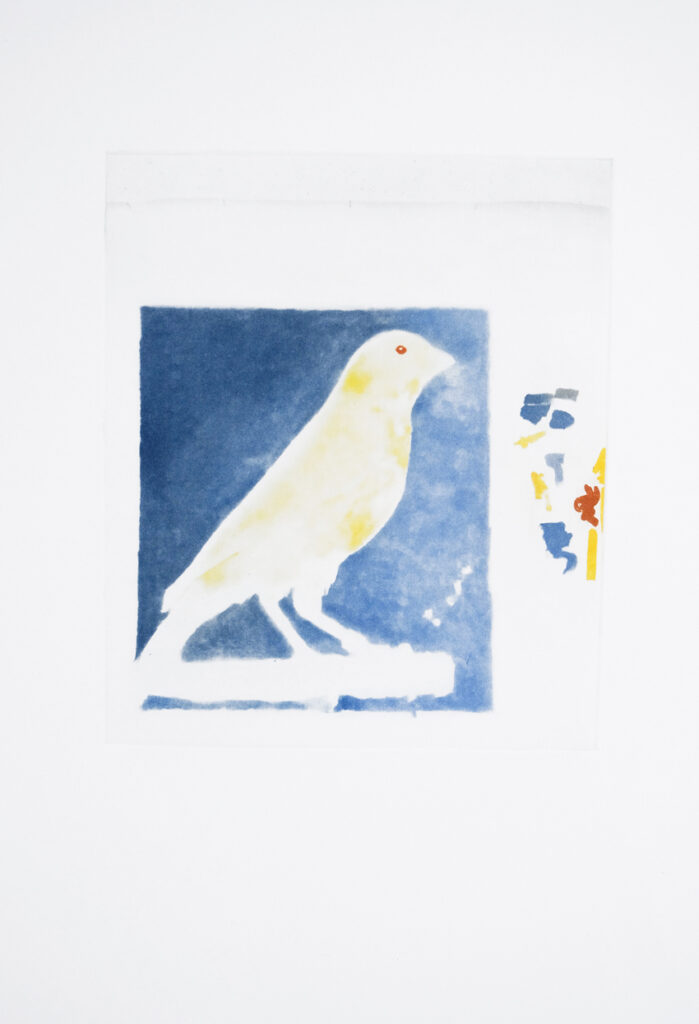 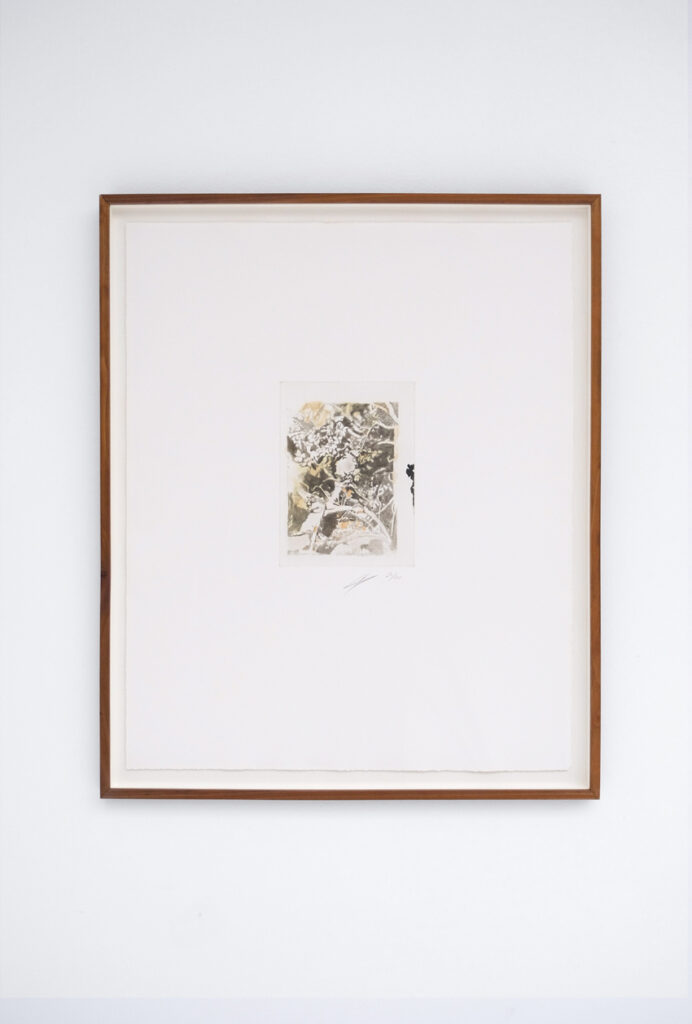 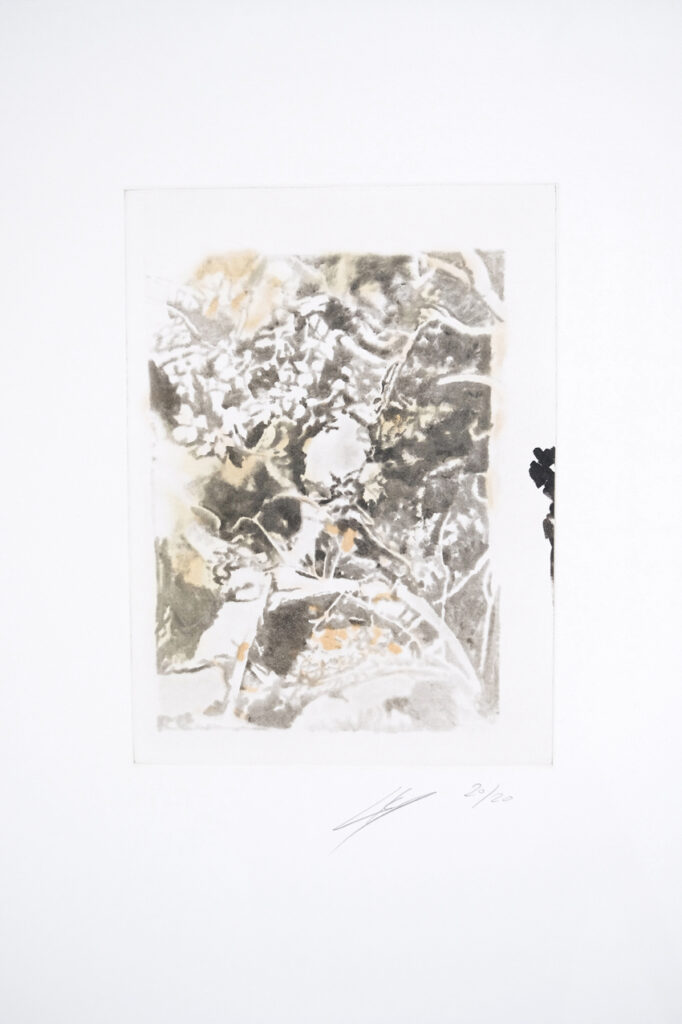 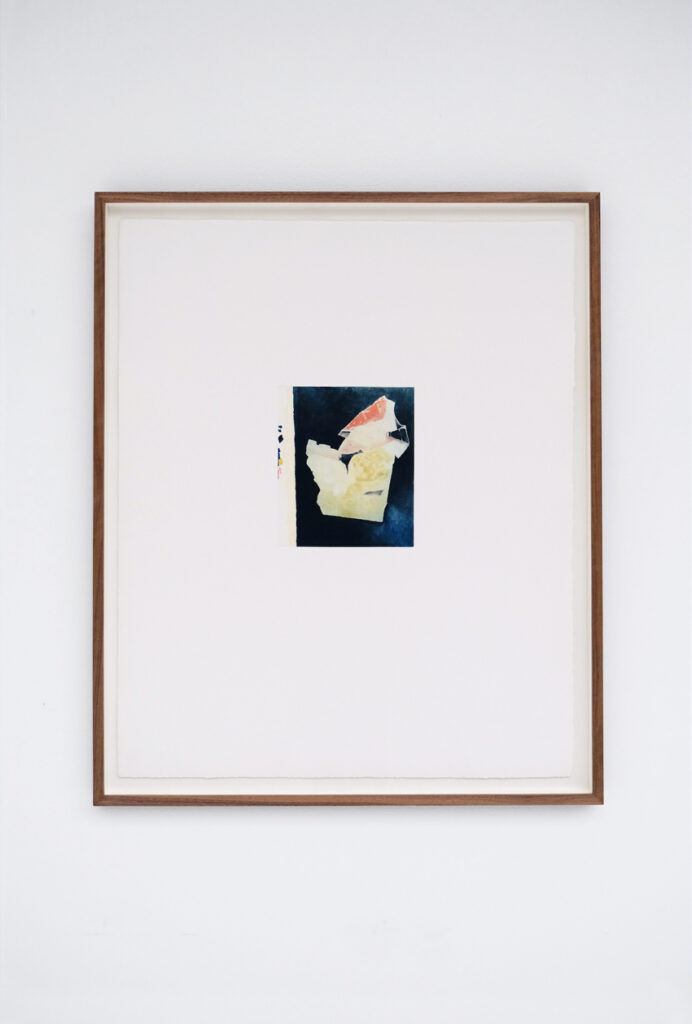 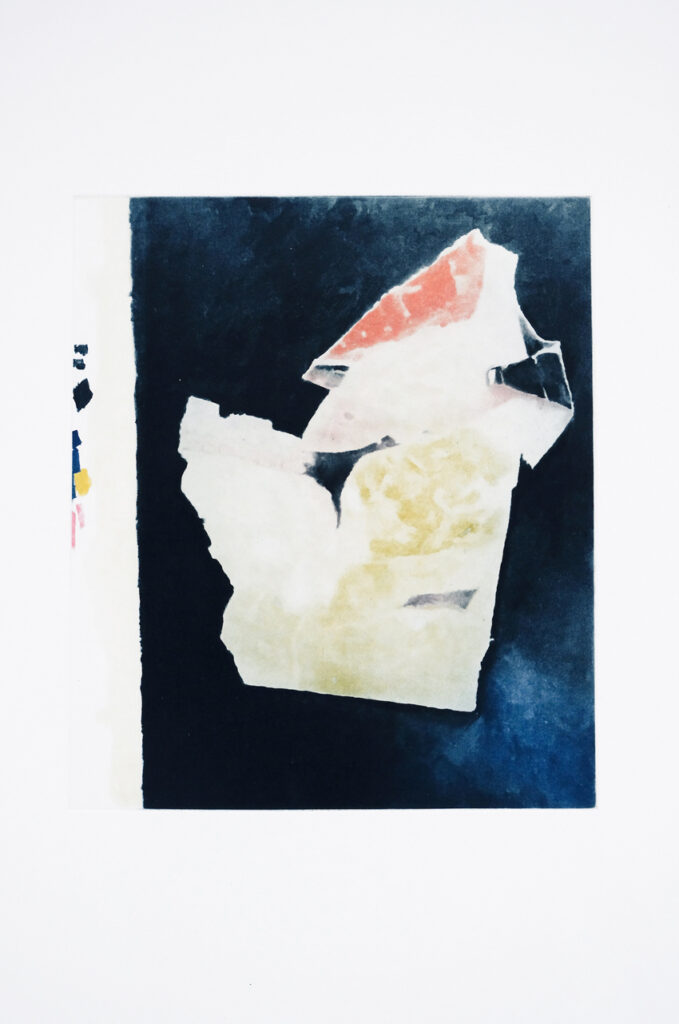 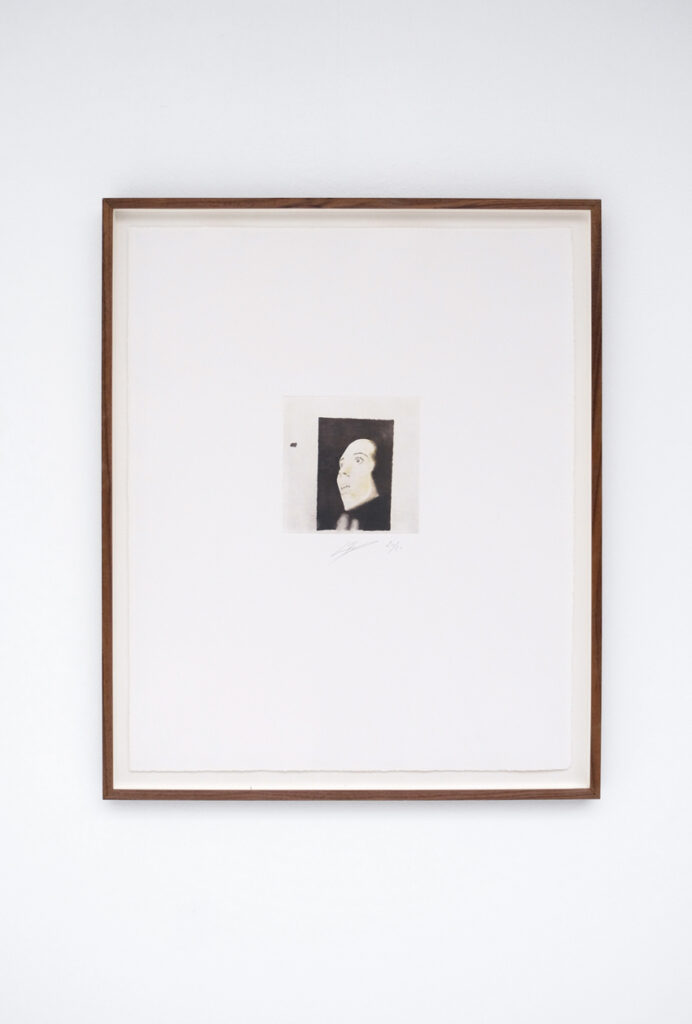 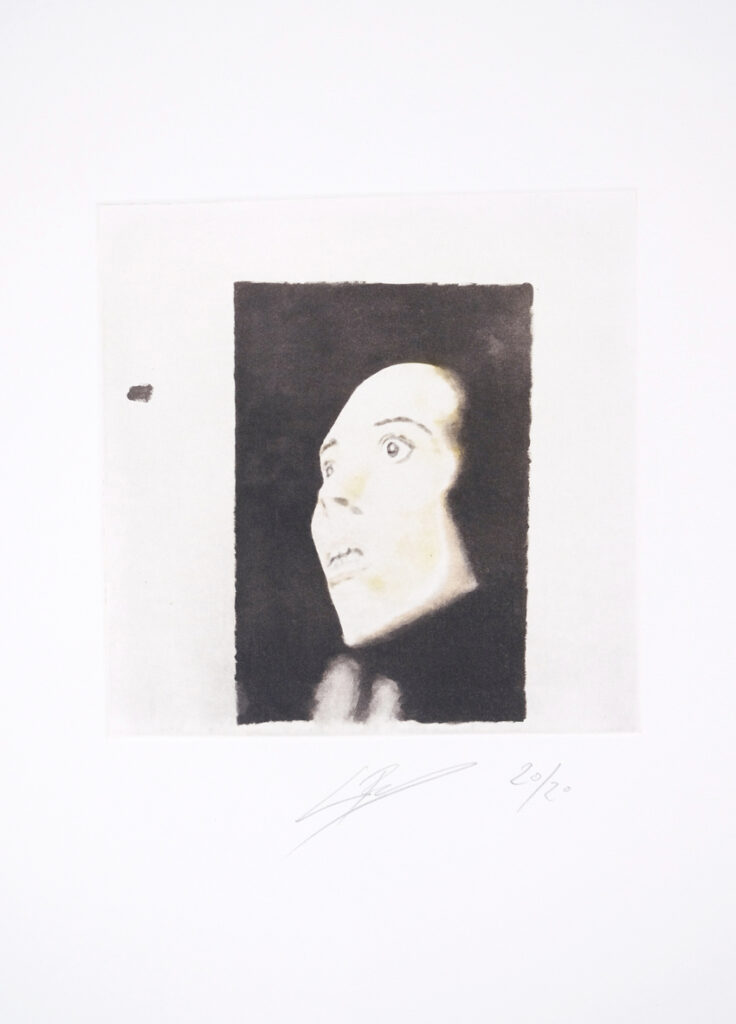 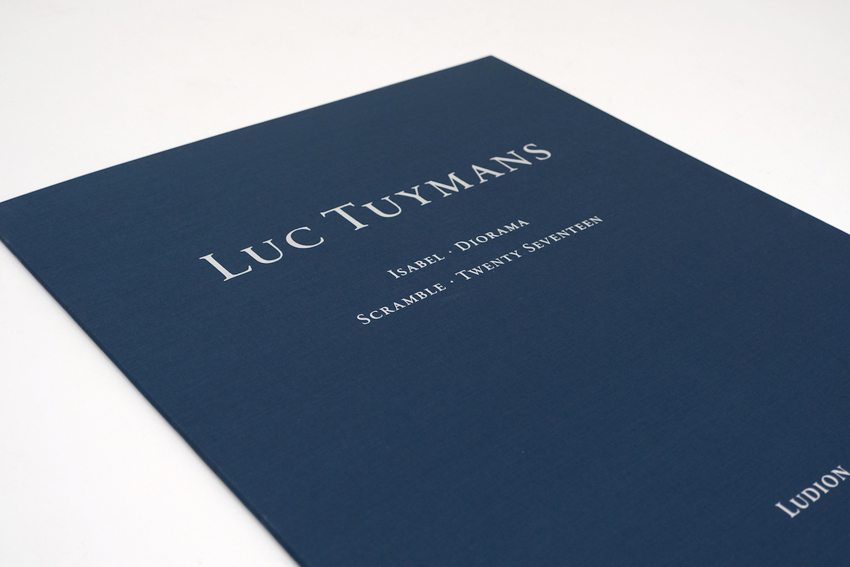 The four colour etchings Isabel, Diorama, Scramble, and Twenty Seventeen are based on iPhone photographs that Tuymans took while painting. They reveal an early, unfinished stage, which immediately evaporates during the creative process. The paint strokes that Tuymans places in the margin of the painting and the edges of the canvas are also incorporated in the etched image. The ephemeral plays a crucial role in the artist’s work: these colour etchings belong to the same category as his tempera murals which no longer exist. At the same time, they offer a special insight into Tuymans’ working process. The crumpled piece of paper in Scramble – still pale in the etching – becomes a monumental, colourful ball in the painting, which contrasts sharply with the dark background. The canary in Isabel will eventually become bright yellow, a surprising colour in Tuymans’ work.

Luc Tuymans is considered one of the most significant European painters of his generation and has been an enduring influence on younger and emerging artists. Tuymans is an inheritor to the vast tradition of Northern European painting, while his relationship to the medium was strongly influenced by photography, television, and cinema. He paints distinctive compositions, consisting of ingenious use of cropping, close-ups and framing. By means of a muted palette, his easily recognizable, sparsely coloured, figurative canvases have redefined the traditional genres of everyday and history painting.

Through a filmic or photographic gaze, Tuymans retakes heavily loaded themes from the recent past and examines footage on their deceptive authenticity, which often results in ambiguous and disorienting paintings. Frequently the notion of power and violence can be considered a leitmotiv throughout his artistic oeuvre.

Other works by Luc Tuymans