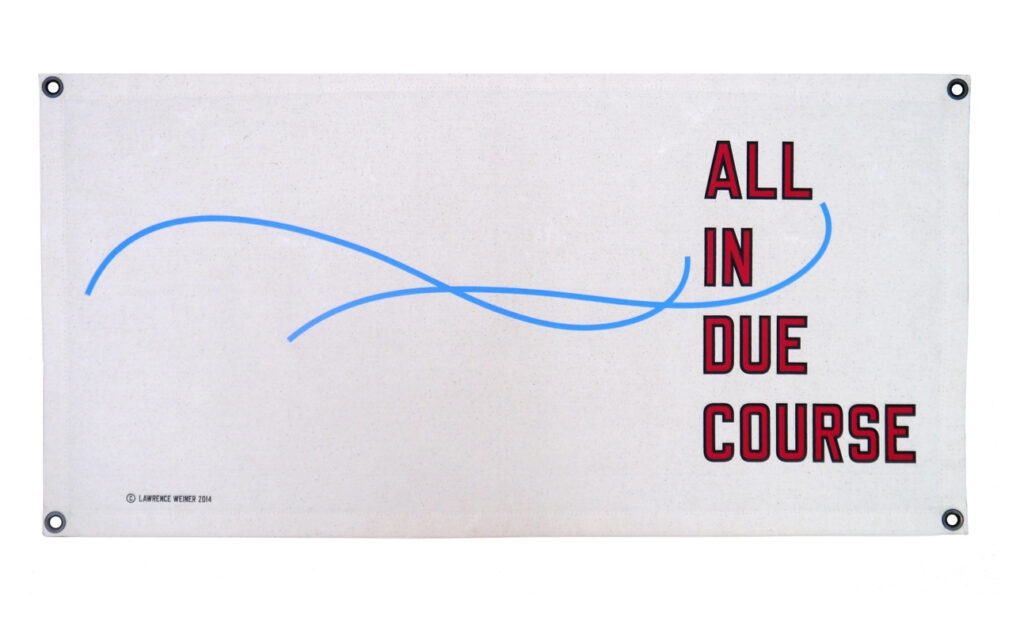 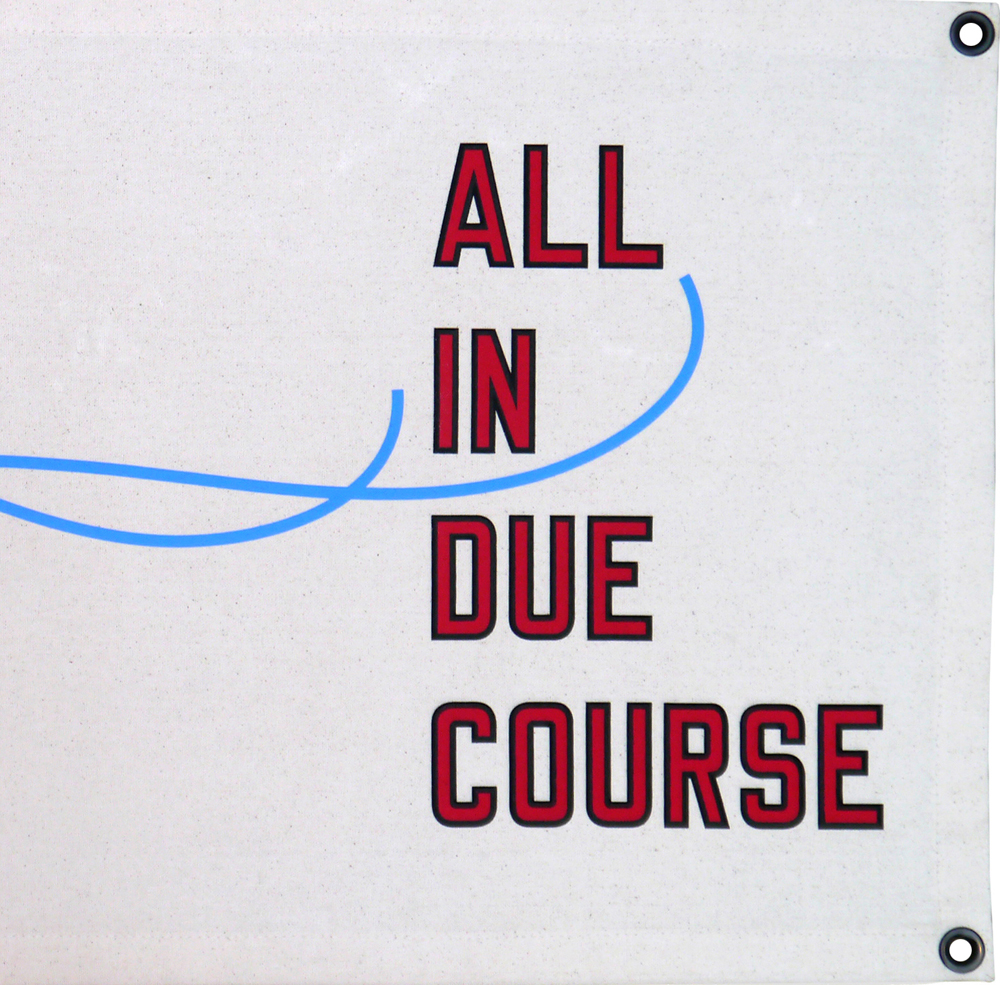 ALL IN DUE COURSE

Edition of 30 copies, stamp-signed and hand-numbered by the artist on accompanying luggage tag

Having exhibited at the South London Gallery in the group shows Independence in 2003 and Nothing is Forever in 2010, acclaimed American artist and reluctant pioneer of conceptual art Lawrence Weiner returned to the gallery with this solo exhibition entitled ALL IN DUE COURSE in 2014. A series of recent sculptures could be seen across the main and first-floor galleries, as well as outdoors, on the expansive Victorian brick wall of the SLG’s Fox Garden. Visitors could also venture further; beyond the gallery to a nearby off-site work on the façade of the semi-derelict former Peckham Road Fire Station, located diagonally opposite the SLG. To accompany the exhibition, Lawrence Weiner has produced this limited edition canvas banner.

Lawrence Weiner is one of the central figures in the formation of conceptual art in the 1960s. Weiner’s early work included experiments with systematic approaches to shaped canvases and later, featured squares cut out of carpeting or walls. A turning point came in 1968, when he created a work for an outdoor exhibition organized by Siegelaub at Windham College in Putney, Vermont. Weiner proposed to define the space for his work with rather unobtrusive means: “A series of stakes set in the ground at regular intervals to form a rectangle with twine strung from stake to stake to demark a grid—a rectangle removed from this rectangle.” When students cut down the twine because it hampered their access across the campus lawn, Weiner realized that his piece could have been even less obtrusive: viewers could have experienced the same effect Weiner desired simply by reading a verbal description of the work. Not long after this, Weiner turned to language as the primary vehicle for his work, concluding in 1968 that:

“(1) The artist may construct the piece.
(2) The piece may be fabricated.
(3) The piece may not be built.
[Each being equal and consistent with the intent of the artist, the decision as to condition rests with the receiver upon the occasion of receivership.]”