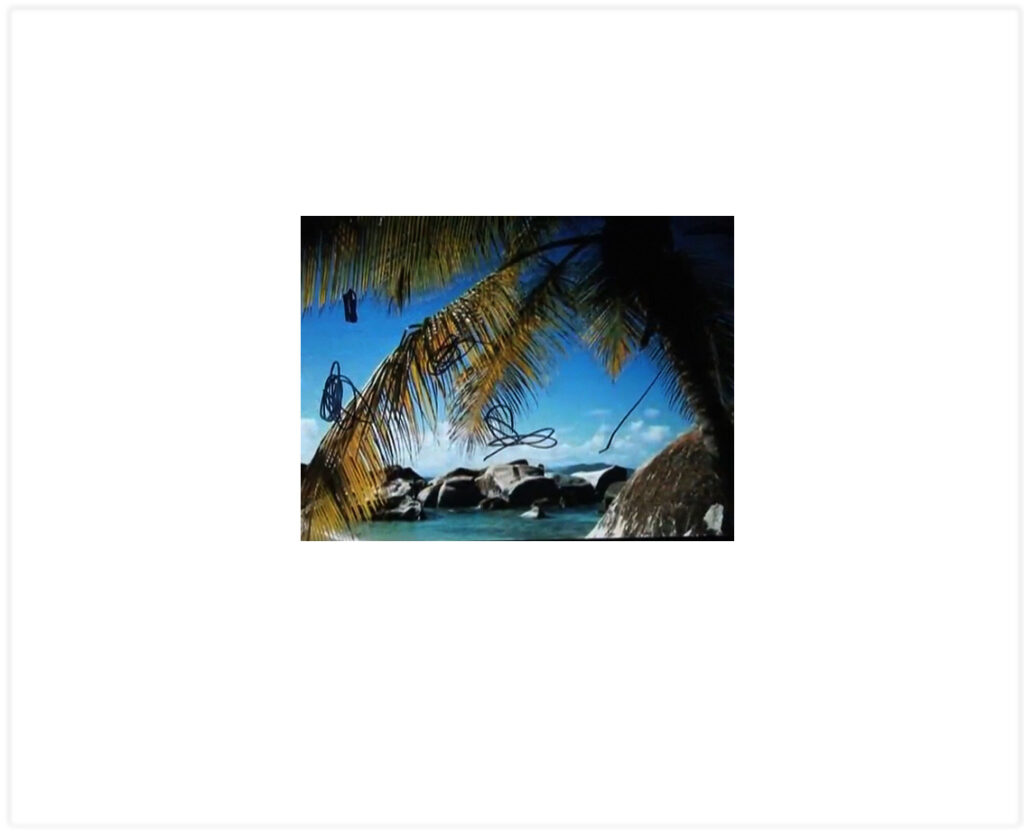 Edition of 40 copies, signed and numbered by the artist.

Paradise On Line is one of 2 works created in tribute to the late French filmmaker Chris Marker, accompanying Marker’s posthumous show, A Grin Without a Cat at the Whitechapel Gallery in Spring 2014.