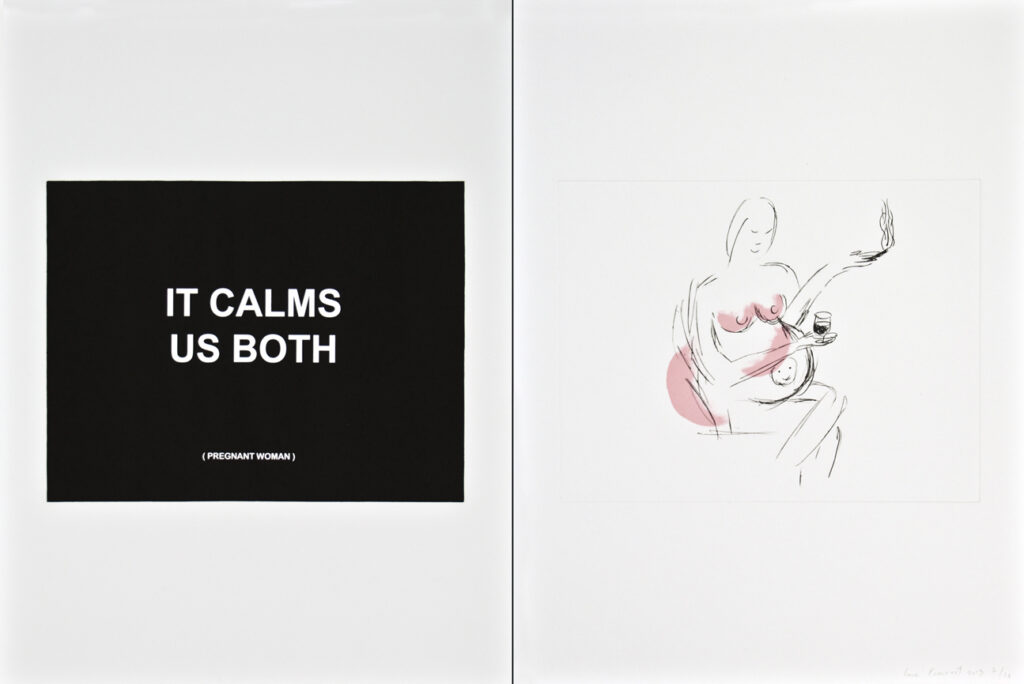 This edition consists of two prints, each measuring 60 x 45 cm

It calms us both is a series of three diptychs, each time combining a line drawing of a pregnant woman smoking and drinking with a text in Prouvost’s signature style stating “It calms us both”.