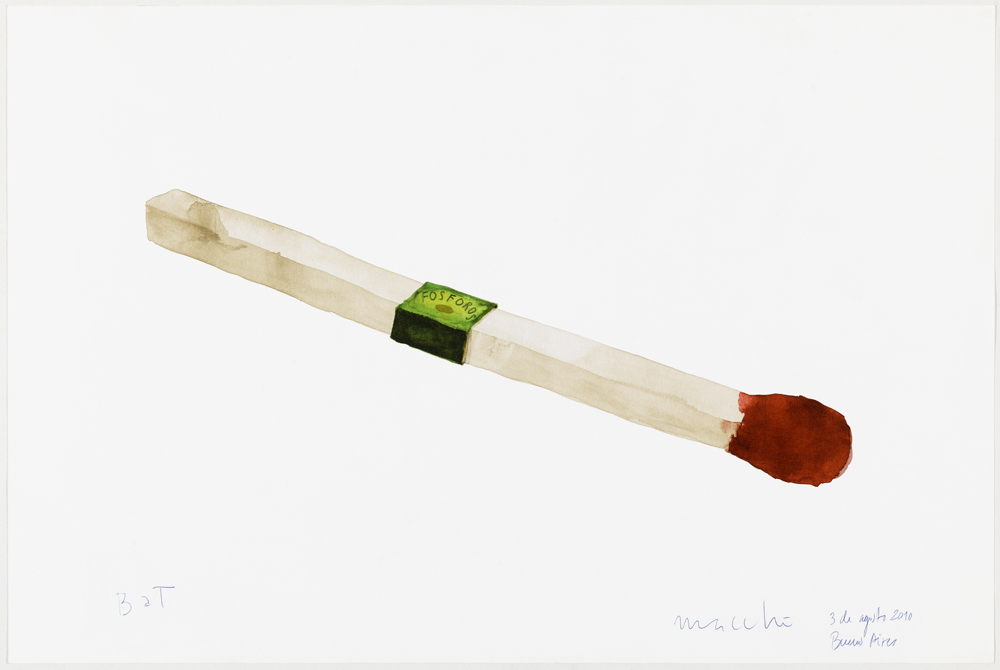 Fósforo is a lithograph based on a watercolor of an oversized match. The matchbox in which it would normally come is now more like a band around the match rather than its protective box.

The quality of the work of Jorge Macchi lies in its absolute and uncomplicated openness. With a minimum of form he achieves maximum awareness: the spectator should not try to interpret the work, but to experience it while watching. At first his images (watercolours, sculptures, installations, videos) seem fragile, poetic and sober, but they often imply a compressed and sometimes even impetuous emotionality. With his work, Macchi seems to wander through reality in a hypersensitive or in an apparent dreamily way. By means of emotional aspects like music, light and shadow, fading, openness and limitation, he often suggests the existence of a mysterious, uncanny, parallel world beneath the surface of the everyday banality.

Jorge Macchi is represented by the following galleries;
click through to discover more of his work.

You can view more work on Jorge Macchi’s own website.

Other works by Jorge Macchi