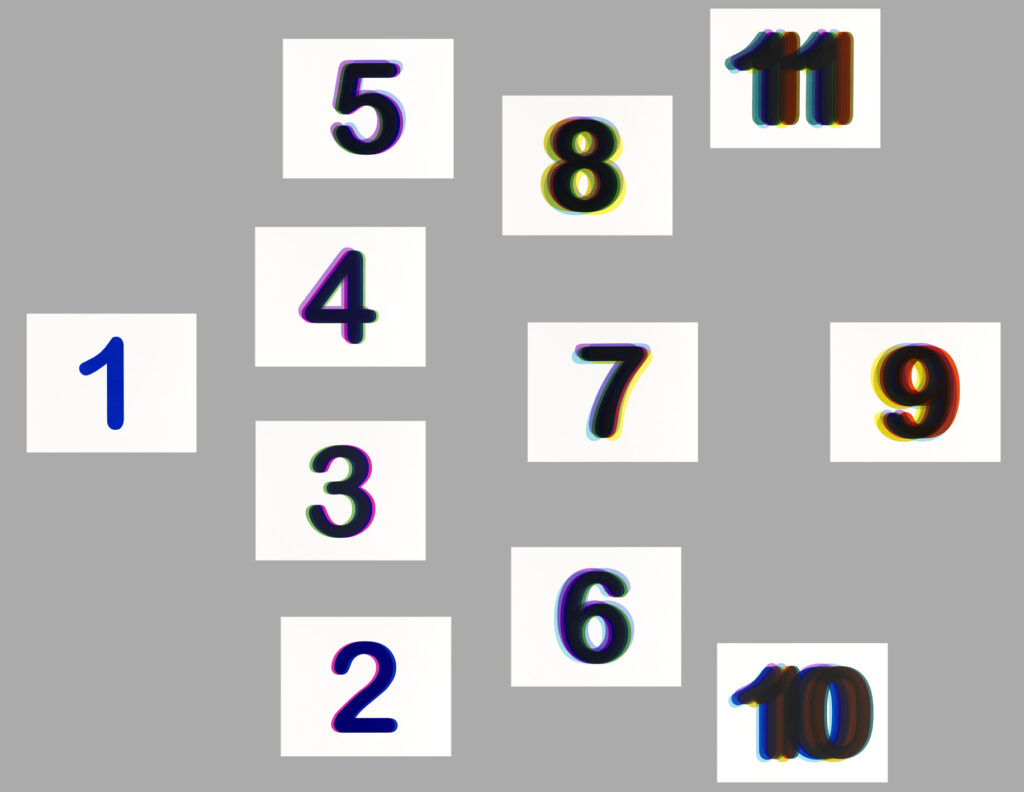 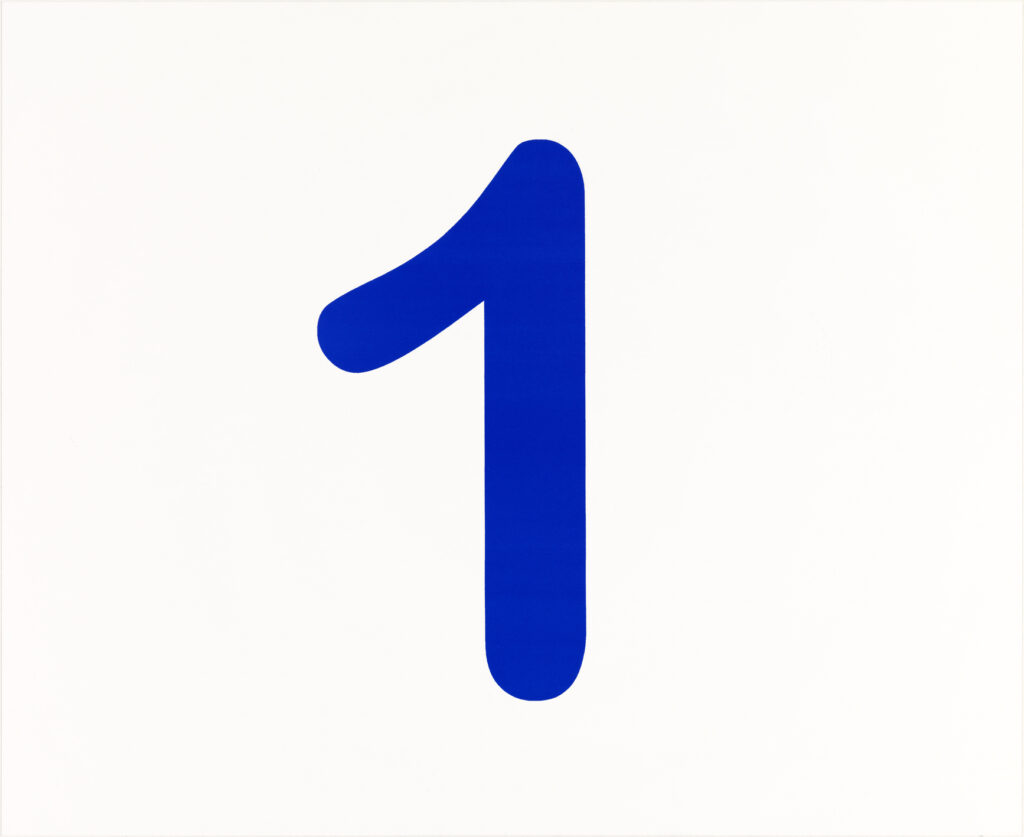 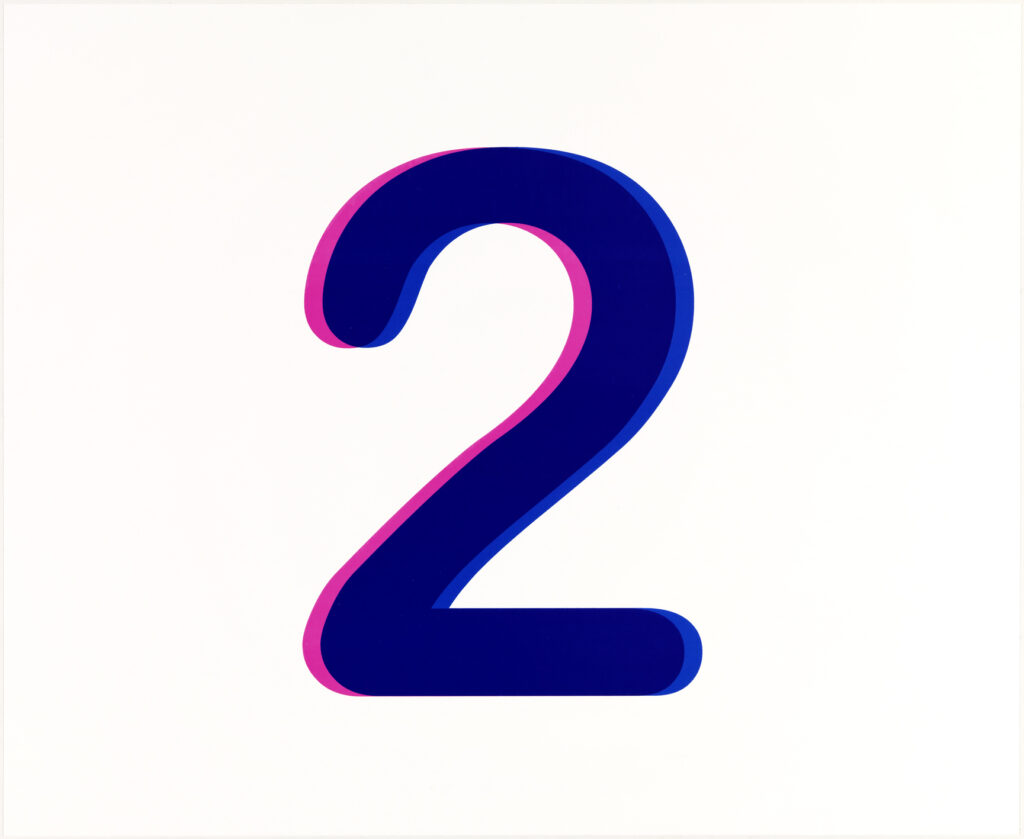 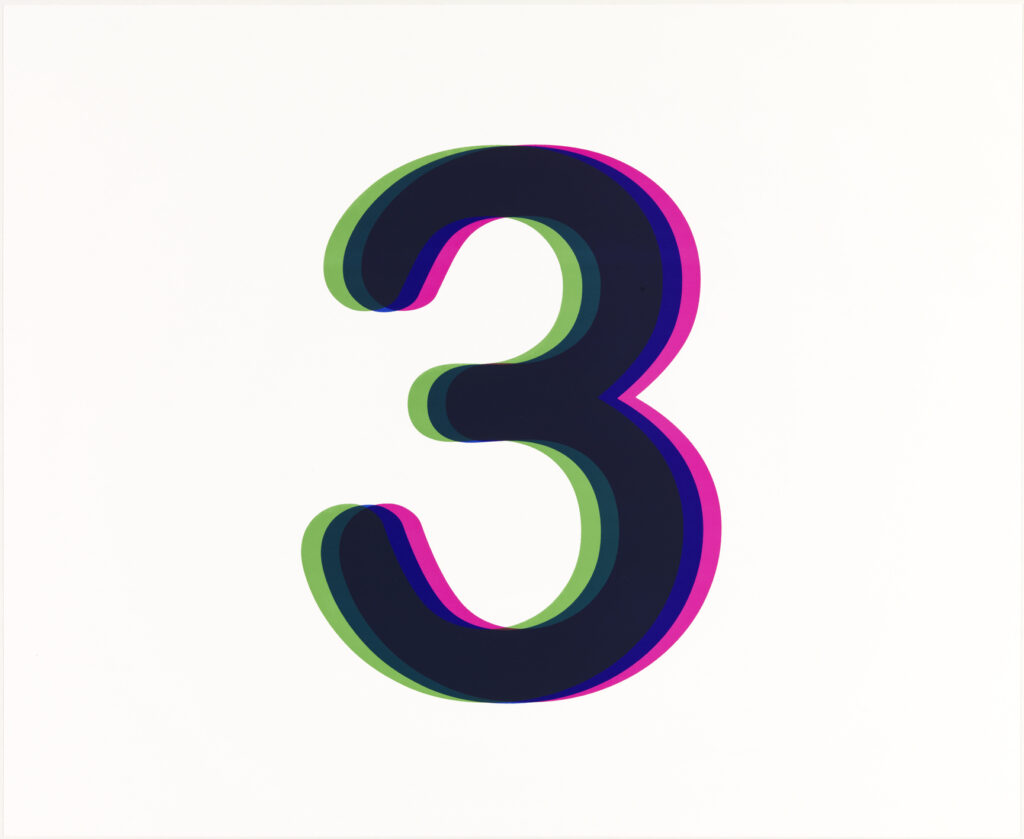 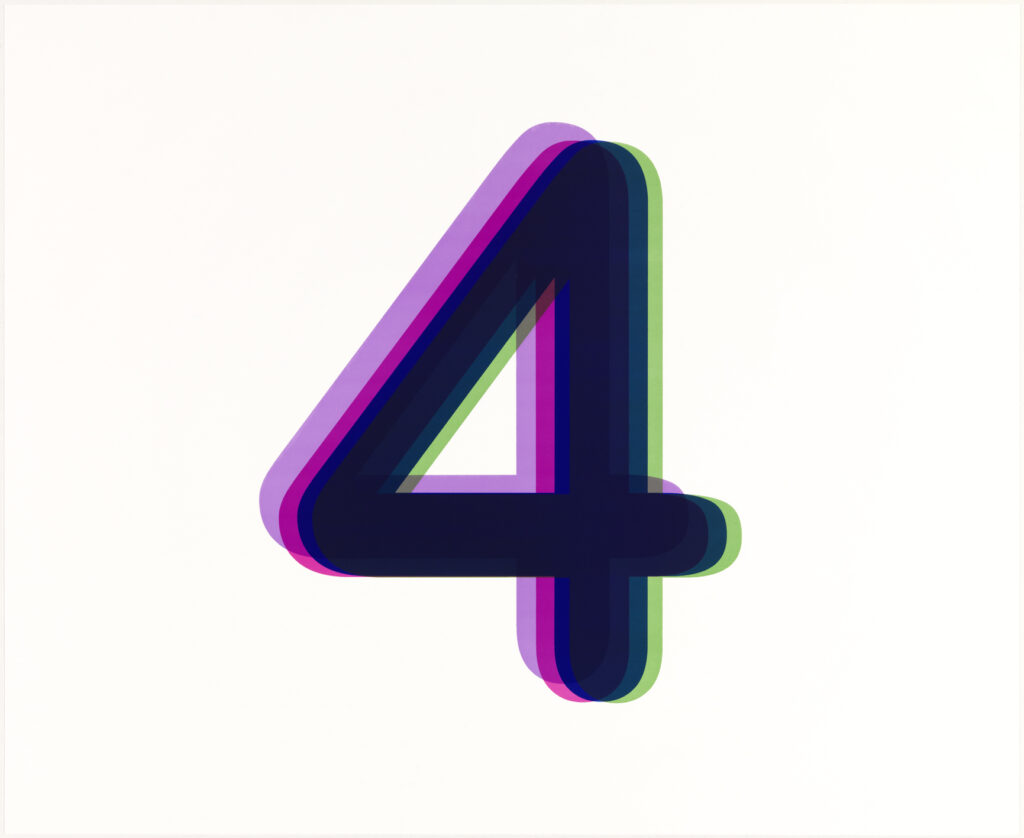 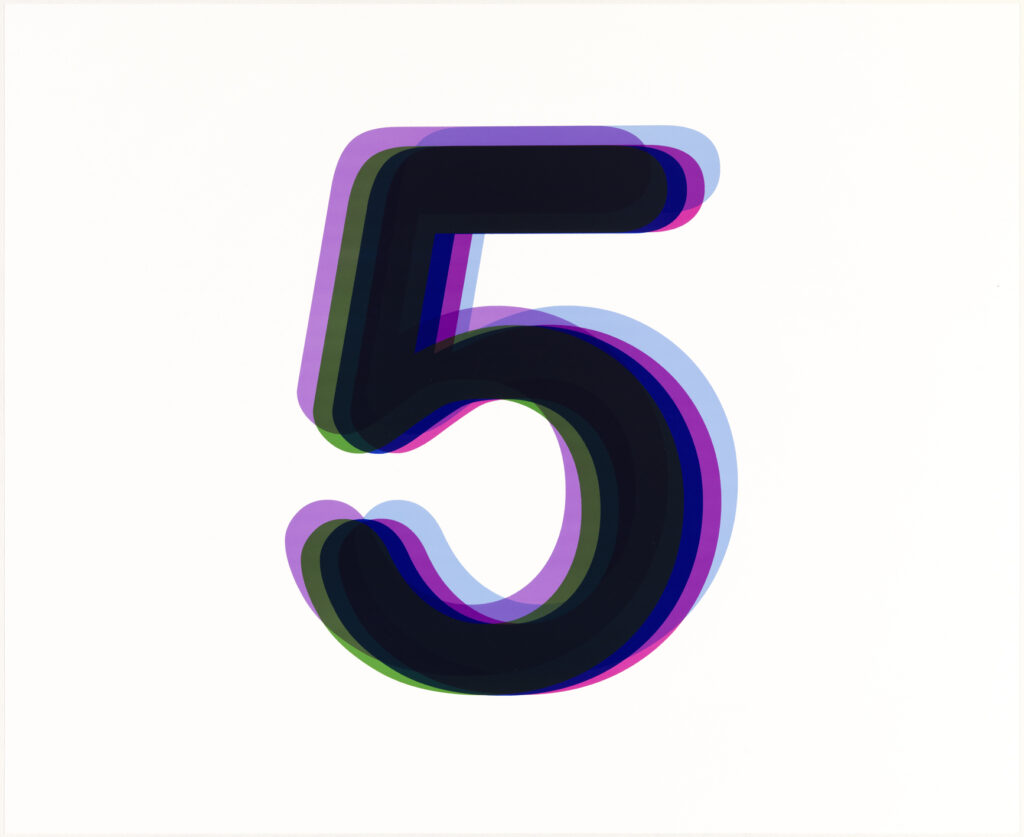 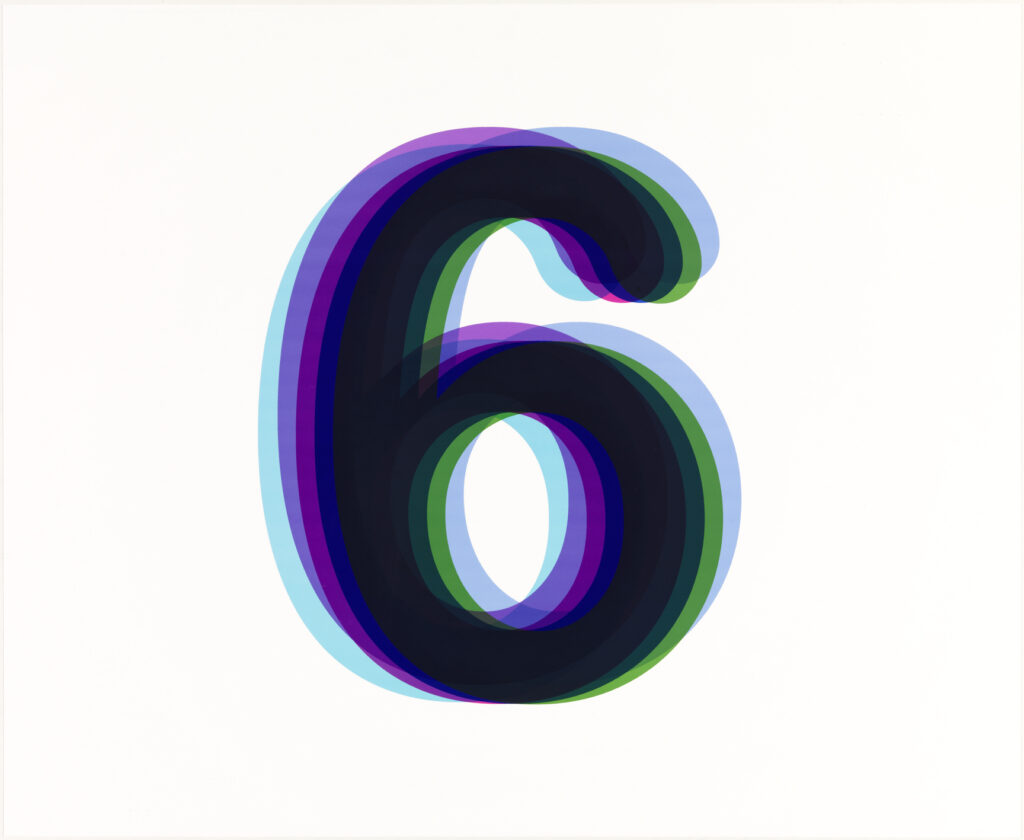 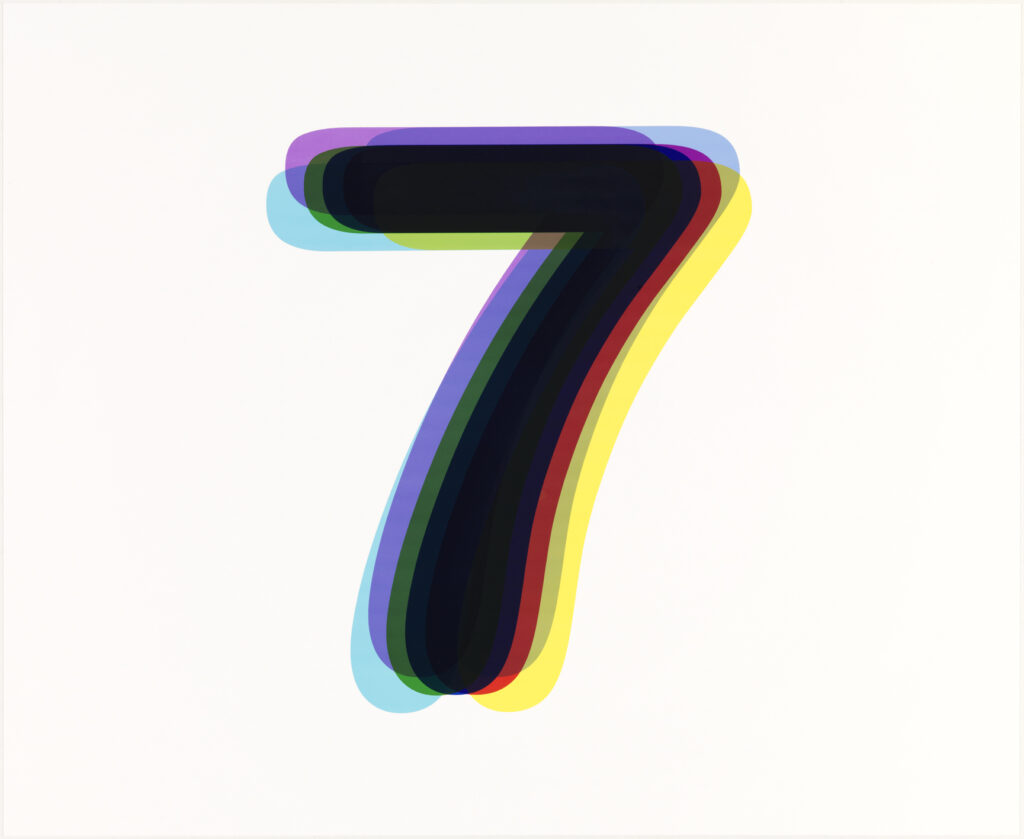 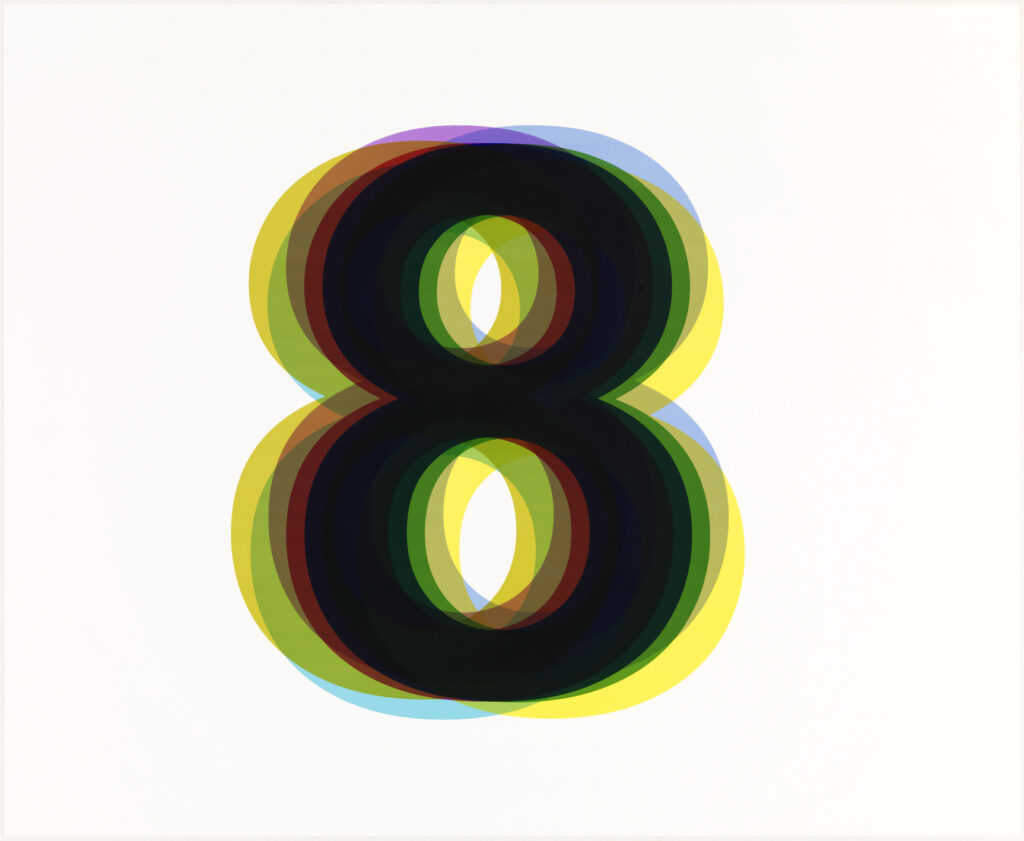 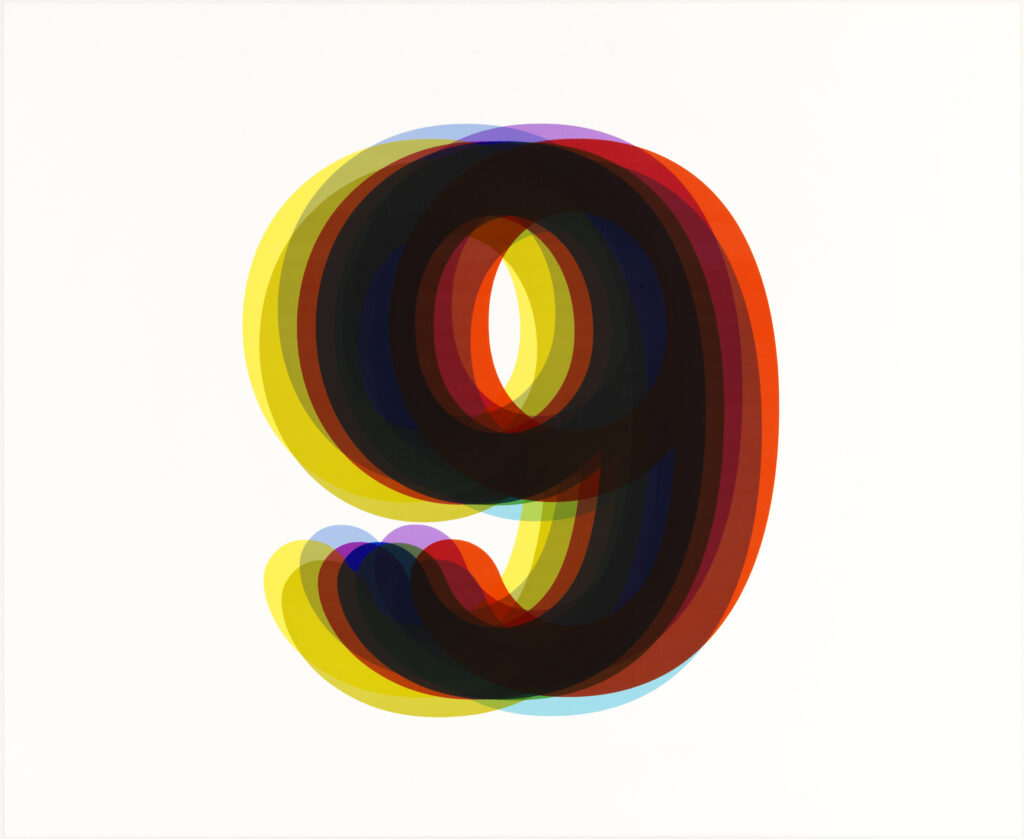 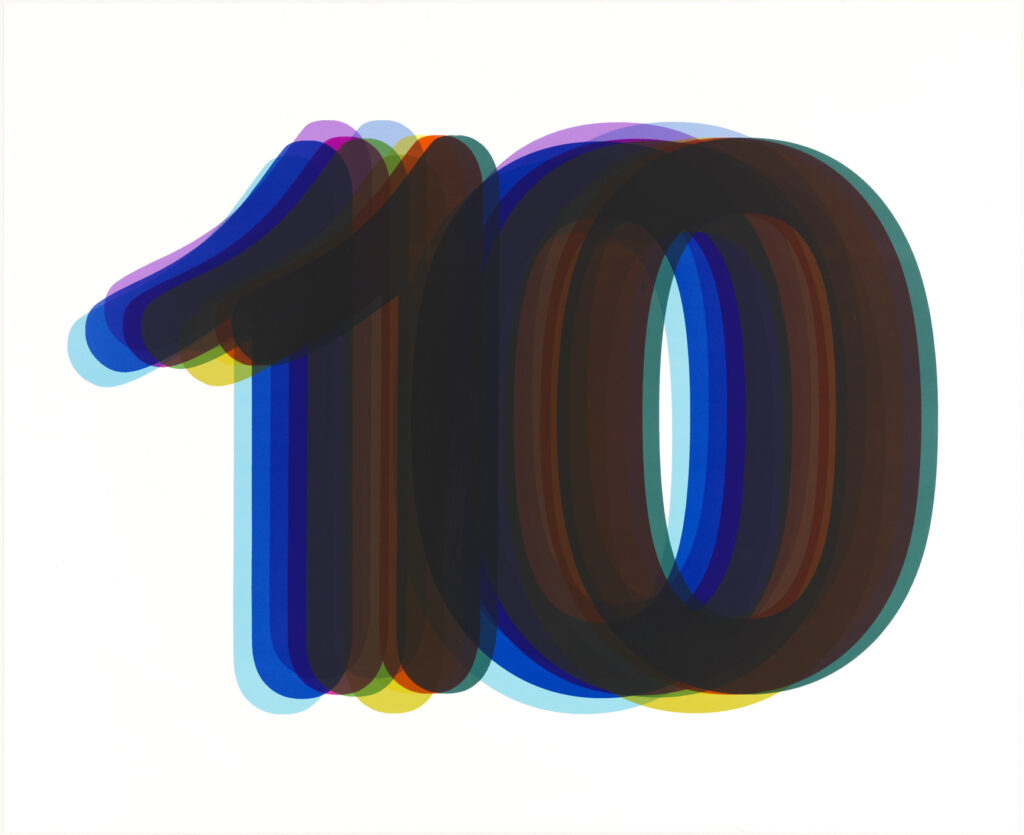 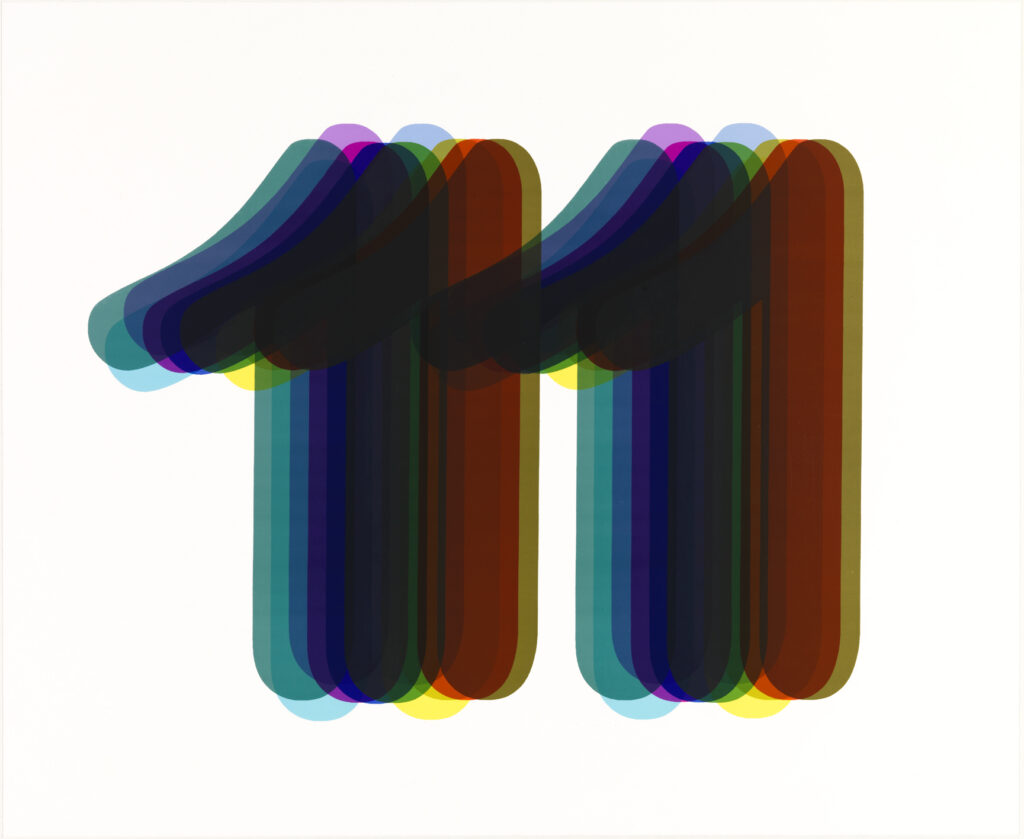 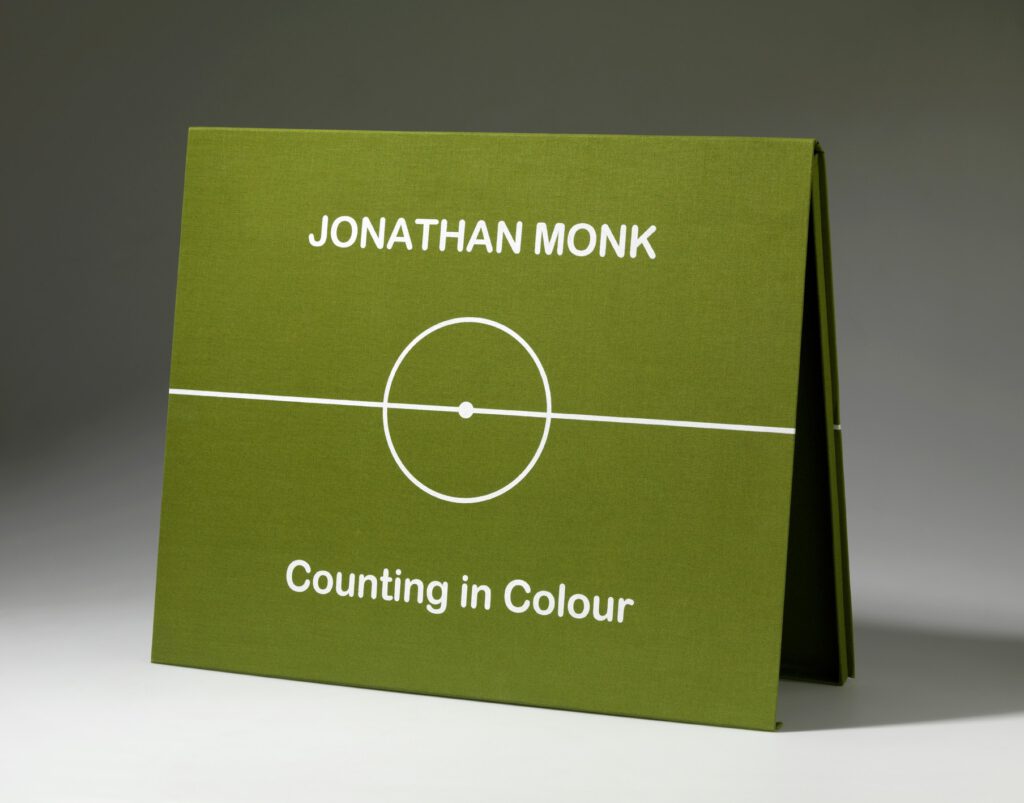 Edition of 32 copies, signed and numbered by the artist

Counting in Colour is a portfolio with 11 lithographs depicting the number 1 to 11 – literally counting the colors in which they are printed. Each print of a number is composed of the corresponding number of color layers.

Jonathan Monk combines joke and irony with precise references to the substantial art currents of the 20th century in a very personal way. Particularly the Concept and Minimal Art of the 60′s and 70′s are an essential point of origin for Monk’s own artistic work, whereby he replays, recasts and re-examines canonical works by variously witty, ingenious and irreverent means. Through wall paintings, monochromes, ephemeral sculpture and photography, Monk reflects on the tendency of contemporary art to devour references, simultaneously paying homage to figures such as Sol LeWitt, Ed Ruscha, Bruce Nauman and Lawrence Weiner, while demystifying the creative process.

Jonathan Monk has had numerous solo exhibitions, including shows at IMMA, Dublin; CAC, Málaga; Palais de Tokyo, Paris; and ICA, London. His work has been included in several major group exhibitions, including the Whitney Biennial in 2006; the 50th and 53rd Venice Biennales in 2003 and 2009; the Berlin Biennale in 2001; and the Taipei Biennial in 2000. He was awarded the Prix du Quartier Des Bains, Geneva in 2012.

Jonathan Monk is represented by the following galleries;
click through to discover more of his work.

You can also find plenty more information on Jonathan Monk and his work on the website of Generation Scotland.

Other works by Jonathan Monk