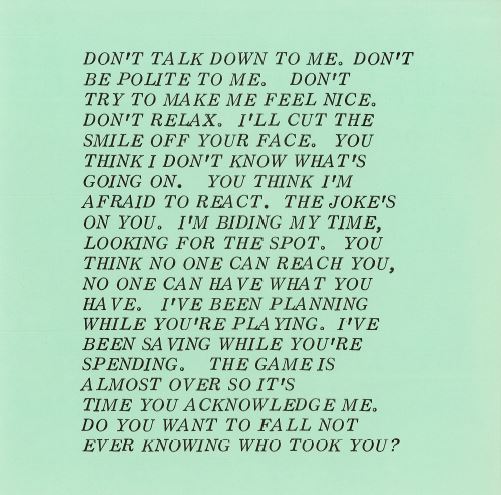 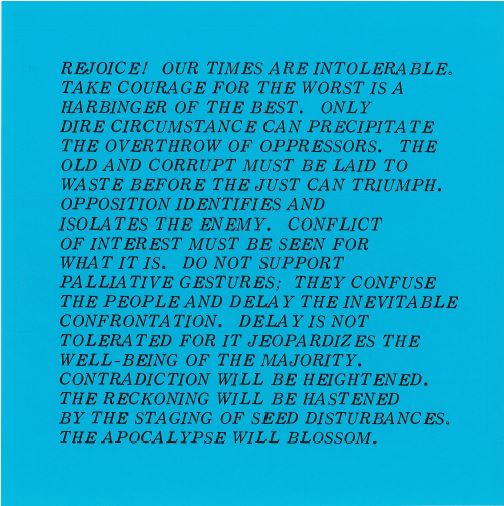 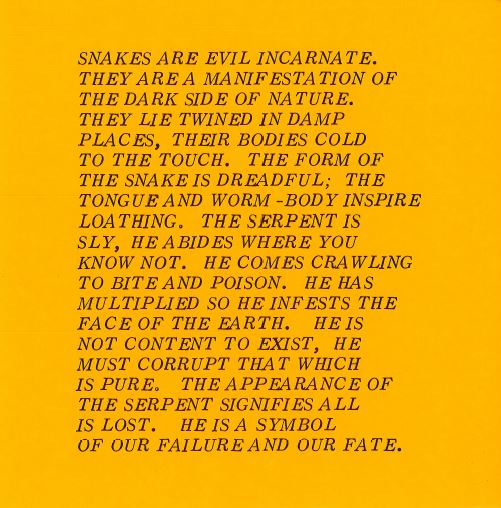 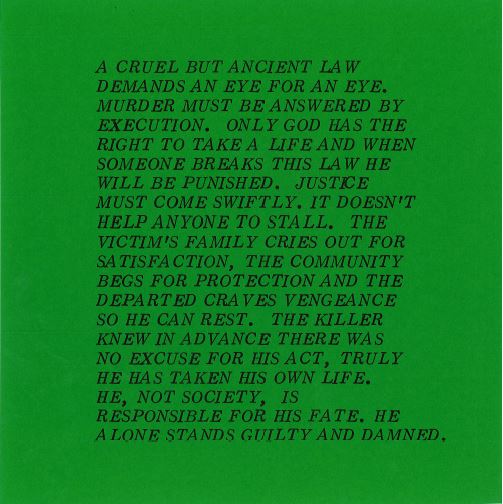 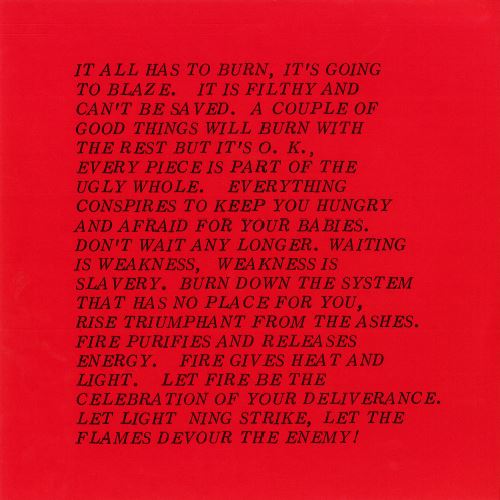 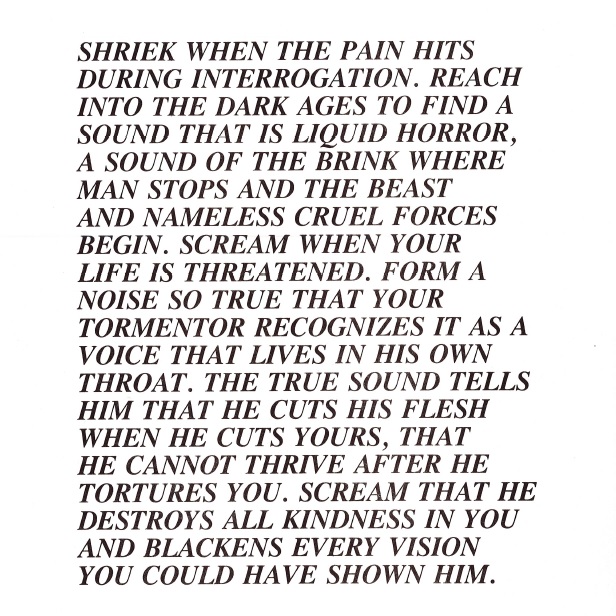 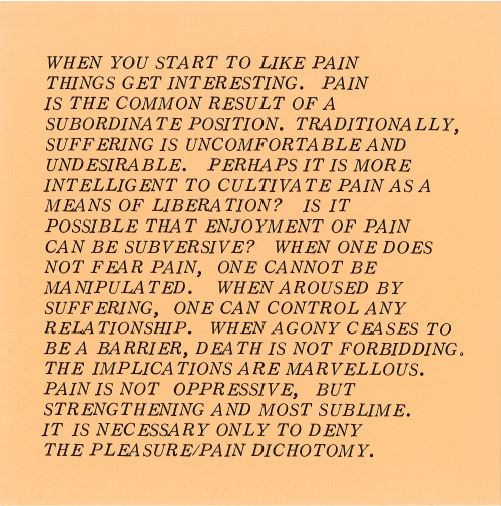 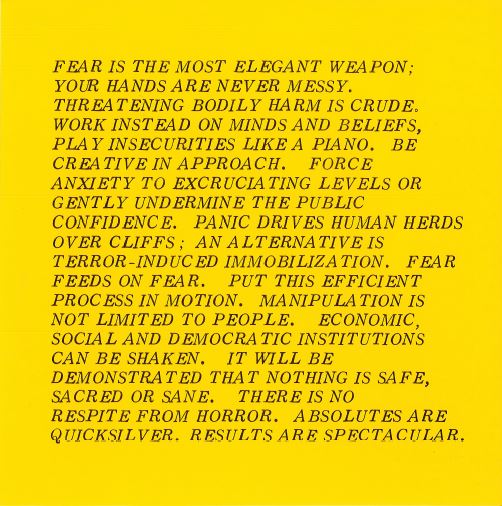 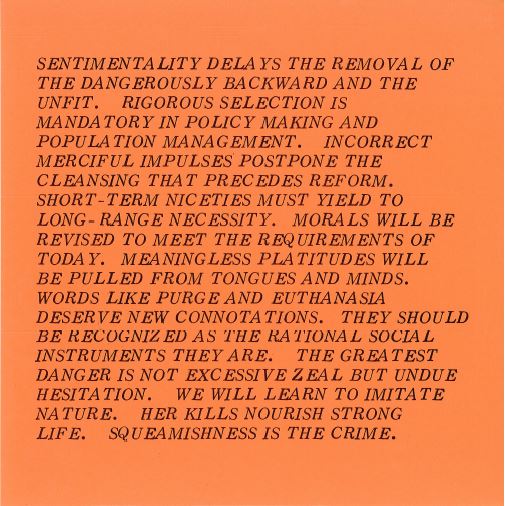 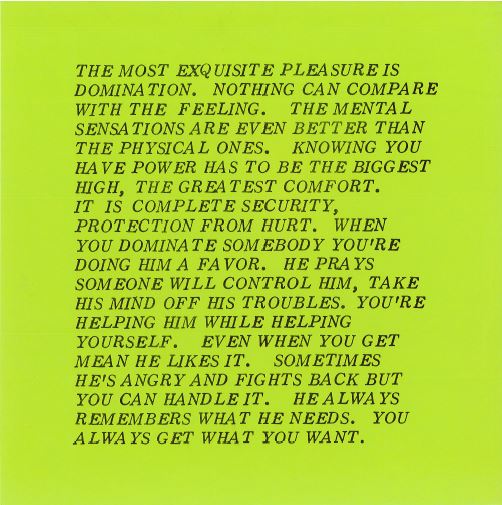 Originally fly-pasted around New York City, the impactful texts that make up Inflammatory Essays spotlight Holzer’s ongoing concerns with power, social control, abuse, consumption and sex. The assertive and demanding statements are as biting and painfully prescient today as when they were first produced between 1979 and 1982.

The essays offered here were originally created for the ICA in 1993 during the inaugural years of the institute’s editions programme. They epitomise Holzer’s indelible mark and unique voice. Nine of the ten essays have been produced in the original font that Holzer initially used in 1979. One, Shriek, has been fabricated in the more instantly recognisable font for the essay sets that Holzer began to use later on in their production. This individual insertion distinguishes the prints offered here as being produced exclusively for the ICA. The sets come packaged in an original plastic sealed pocket.

Jenny Holzer is an American conceptual and installation artist whose work deploys text in public spaces across an array of media, including electronic and LED signs, carved stone, billboards, and printed materials. Closely aligned with the feminist art movement, Holzer’s oeuvre provokes public debate and illuminates social and political injustice. Celebrated for her inimitable use of language and interventions in the public sphere, Holzer creates a powerful tension between the realms of feeling and knowledge, with a practice that encompasses both individual and collective experiences of power and violence, vulnerability and tenderness.

Since 1996 Holzer has been using light projection – in which a powerful film projector casts scrolling texts onto architecture or a landscape – as another way of presenting texts in the public realm. The texts and light are dramatic but unobtrusive, adapting to varied projection surfaces, from the mountains and ski jump in Lillehammer to the Pyramide du Louvre in Paris. In recent years, Holzer has returned to painting, making reference to Abstract Expressionism and Suprematism and reinforcing the continued relationship of art with politics.

Other works by Jenny Holzer

Inflammatory Essays (Only My Brother ... )

Inflammatory Essays (You Get Amazing Sensations ... )